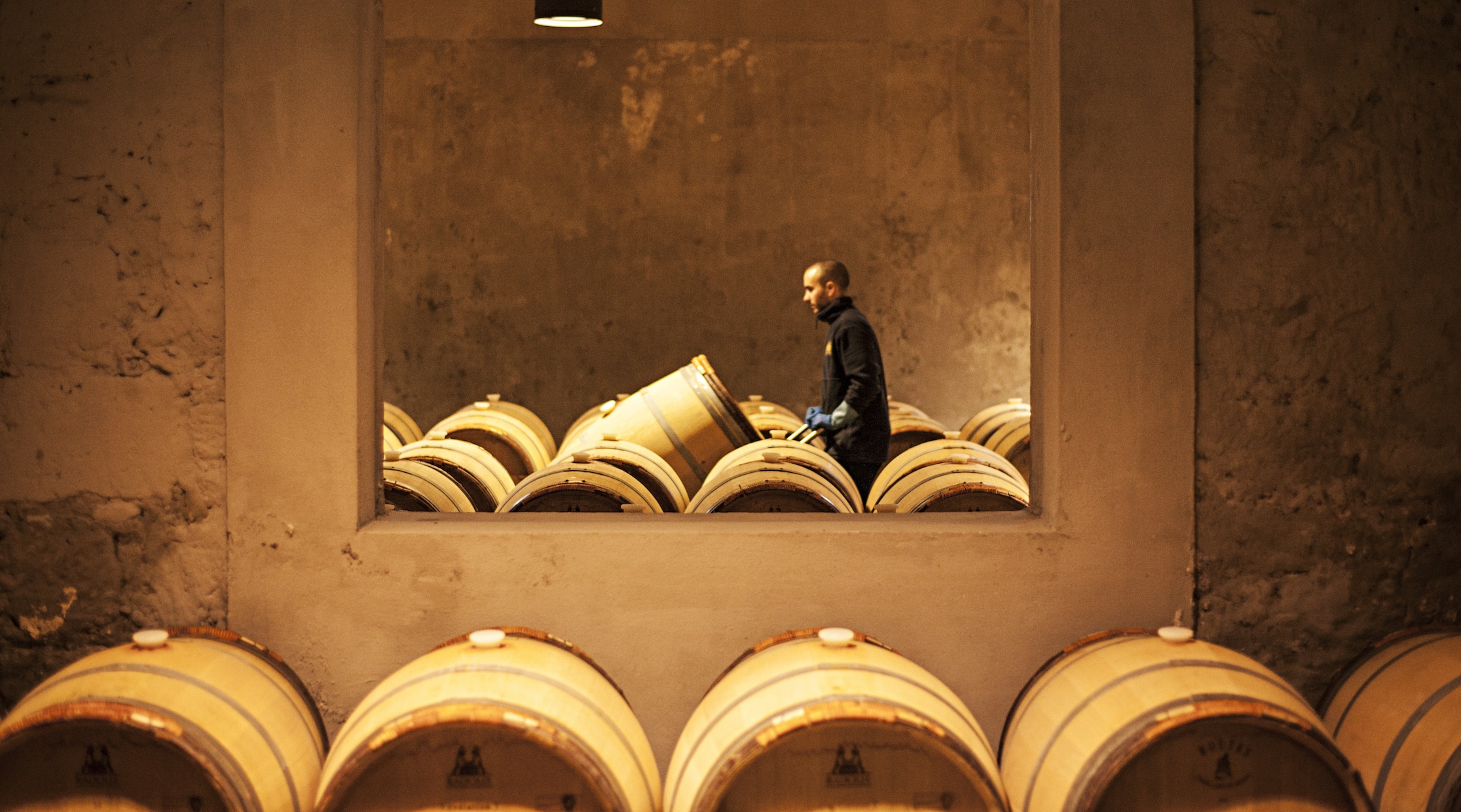 Château Palmer and the poetry of wine

“Is wine art or craft? An object of culture, or an object of commerce?” It is a question that dwindles in the mind of the novelist, the thinker, the philosopher, the academic, and of course, the avid wine drinker. Wine – which in one sip can evoke a sensation, an image, and even an entirely unrelated aroma – is all of these things, and more.

With a grand estate located in the historic village of Margaux, the leading French winemakers rhyming elements of terroir, history, and memory between verses of tradition and innovation are those of Château Palmer. Their wines are wines that set the bar for the region, noted and most renowned for their uncommon consistency. Whether they are art or craft, culture or commerce, is a question that can only be answered between rows of grape and stanzas of heritage. As a love story from the entwine of the vine to the rim of the glass, we’re unfolding the tale to unveil the elements which give Château Palmer its ultimate allure.

Passion in history and heritage

The year was 1814 and the month was June, on a road between Bordeaux and Paris. It was here that a young British Major General named Charles Palmer made the acquaintance of a young widow by the name of Marie Brunet de Ferrière. She had just inherited the Médoc vineyard, but due to the untimely death of her husband, would have to sell it to a buyer in Paris for a fraction of its worth. The lady had a tear in her eye, and the gallant officer a handkerchief ready. By the end of the journey, Charles Palmer would own an ancient wine estate that he had never even seen in his entire life.

Thus, this was the beginning of Château Palmer, the estate to which Charles Palmer dedicated his name and his wealth for many years to come. Buying up the surrounding land to grow Château Palmer on 163 hectares stretching from Cantenac to Issan and then to Margaux, the estate would go on to consistently rank amongst Bordeaux’s best wines. During the enterprising Pereire brothers’ era, Château Palmer came into the 20th century, before continuing through generations of the Mähler-Besse and Sichel families. It’s a story of passion, devotion, and sacrifice; the running theme in world literature’s greatest ballads, but also the less literal tastemaker of a rich and indulgent wine.

A place of beauty and sustainability

Whilst generations of knowledge and innovation are the gatekeepers of a successful winery, the graceful guardian of the estate is always the estate itself. Not only does it act as a visual emblem for the wine, but represents from the bottle a sense of its entire community. As American entrepreneur and wine collector Tom Black once said:

Palmer is a well-known Chateau

One of the greatest in Bordeaux
Once it touches your lips
Your lips will write quips
And you’ll want to go to Margaux!

And where his lines rhyme much like the work of a lyricist, Black proposes an interesting idea: wine as a medium of teleportation.

Completed in 1854, Château Palmer itself combines a Renaissance radiance with Baroque spontaneity in design; and yet when we speak of Château Palmer we speak of more than just a castle. It is the whole historic village. It is the blond stone houses and their olive green shutters. It is rose bushes, paved alleys, and Bordelaise cows in the fields. It is a rolling sea of vines overlooking all of these. It is in one word: terroir.

‘Terroir’ as a term has long been used by winemakers to refer not only to the natural environment and environmental factors under which a wine is produced, but also to the characteristic taste and flavour (or goût de terroir) imparted to the wine because of these. From using the lunar calendar to crafting its own ecosystem, the Château Palmer vineyards are the product of innovative biodynamic farming practices and a nurturing atmosphere. This ensures a fine character and personality in taste, but brings to mind too a great mental image of Margaux itself between sips. Poetic and imaginative, it raises the question of why we drink wine in the first place. Is it to enjoy our current moment, or is it to take us to a new one?

Perhaps what stands out most as the greater wonder of Château Palmer is the passion of its people – from Charles Palmer’s vision and vigour and the finesse of his successors, to the inhabitants and vineyard crews of the estate. Cut to the present, and it is Thomas Duroux who is the current director of Château Palmer. And interestingly, to quote him: “on paper I wasn’t a good match… but when I spoke to the owners about my career, about wine, about my hopes for the future, they felt my passion. And they put their trust in that.”

Indeed, it is this passion that brought about great praise. Duroux reintroduced the estate’s white wine, resurrected a 19th century style claret in the Historical XIXth Century wine, and began an annual concert series known as ‘Hear Palmer’.

‘Hear Palmer’ may sound peculiar, yet every year since 2010, Château Palmer hosts a tasting of the new vintage followed by a jazz concert in the estate’s barrel room. Described as a once-in-a-lifetime experience, the links between winemaking and jazz too become apparent. They both have deep roots, they respect tradition while constantly enriching it, they push it to the limits and yet they always remain faithful to the past. In the phrases of French novelist Jean-Paul Kauffman, every wine aficionado has the memory of an ‘ideal’ wine which they will long for and will forever be chasing. At an event like the annual ‘Hear Palmer’ it is easy to imagine these memories coming into full form.

Drinking the estate’s renowned ‘Palmer’ or ‘Alter Ego’ is to succumb to a poem on the palate and a melody on the mind. And so to settle the debate of whether wine is art, craft, or commerce… in the case of Château Palmer, one could take it a step further and say it is poetry.

Drinks Wine bordeaux Château Palmer French Wine
Lisa Gries
Managing Editor, Bangkok
Lisa loves to travel, and is always on the lookout for the world’s best nap spots. She’s a serious Asian art history nerd, and has a knack for languages and coffee table books. She hopes to publish her own novels one day, one of which will likely be called ‘All The Great Conversations I Had In A Bangkok Speakeasy.’ It’s a work in progress.
Travel Drinks Watches Jewellery

10 classic 3-ingredient cocktails you can shake up at home

Thirsty Thursday: is this the world’s most fashionable sparkling wine?

Wine Talk: what is the difference between a vin primeur and a vin nouveau?