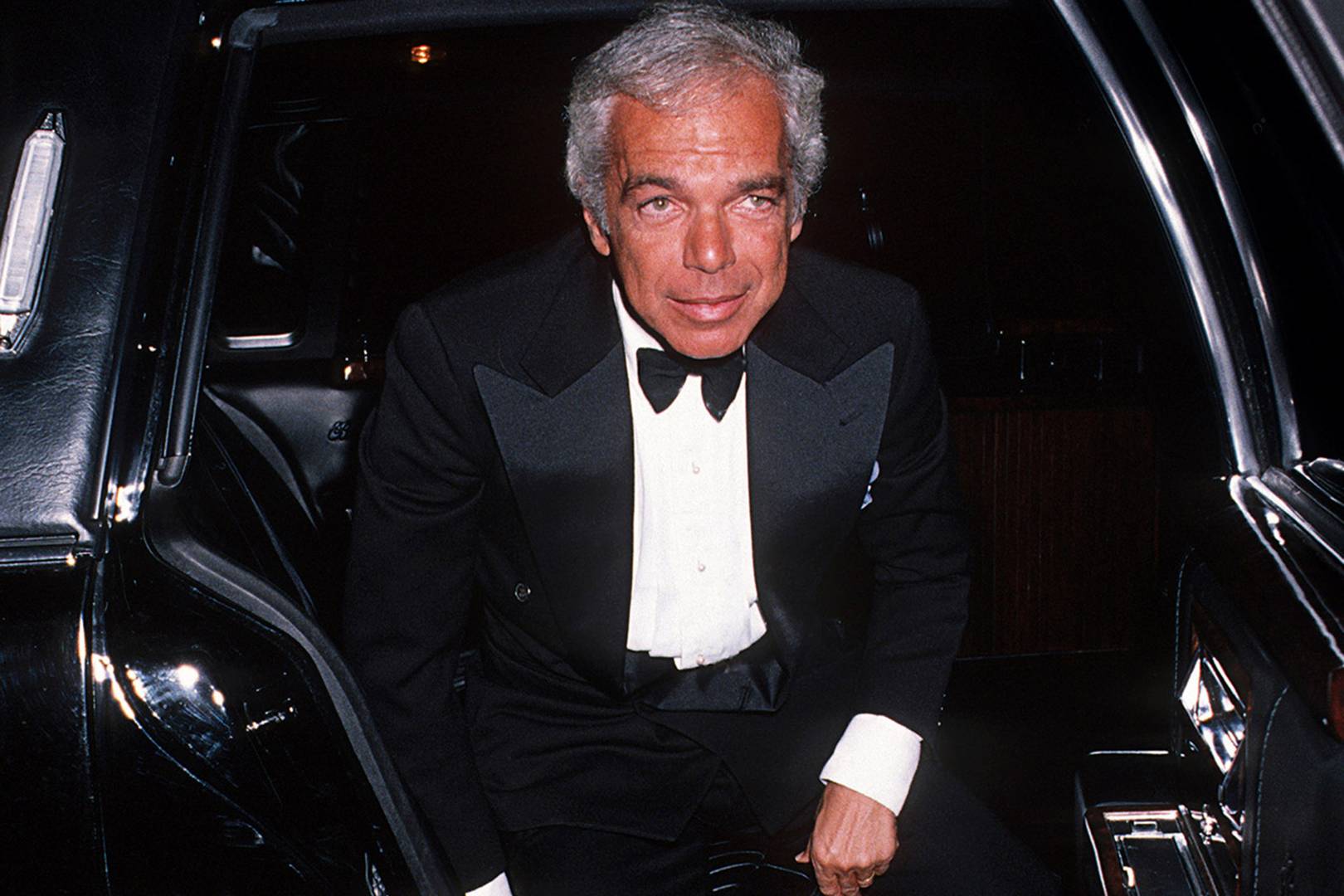 Ralph Lauren is the first American designer to receive a knighthood

It has been announced that Ralph Lauren has been made Honorary Knight Commander of the Most Excellent Order of the British Empire in recognition of his exceptional achievements in fashion, business, and philanthropy over the last 50 years. . He is the first American fashion designer bestowed with the KBE, the highest honor bestowed to a foreigner, joining a very select group of Americans, including Presidents Ronald Reagan and George H.W. Bush and Dwight D. Eisenhower, as well as Steven Spielberg, Bill Gates, and Michael Bloomberg, among others, to receive honorary knighthoods or damehoods. . The insignia will be presented to Mr. Lauren at a special ceremony to be held next year. . @ukinusa @ukinnewyork

Ralph Lauren is having a stellar year. Just a few weeks ago at New York Fashion Week, the iconic American designer celebrated his eponymous brand’s 50th anniversary to much fanfare. Now, the fashion magnate is set to be the first American designer to be a Knight of the British Empire.

In a ceremony next year, Lauren will be made Honorary Knight Commander of the Most Excellent Order of the British Empire for his contributions to fashion, philanthropy, and trade. “As creator and visionary of the Ralph Lauren brand worldwide, Mr. Lauren has been a vanguard for the global fashion industry and American style for nearly half a century,” said Antony Phillipson, the UK’s Trade Commissioner to North America. Unfortunately, as Lauren isn’t British, he wouldn’t be called Sir Ralph, but a lack of a title doesn’t diminish his dominance as fashion royalty.

Gear
Curb appeal: 5 of the most exotic cars in Ralph Lauren’s secret garage

After spearheading Lanvin’s menswear for the past 14 years, Lucas Ossendrijver is leaving the French house. This comes at a tricky time, for the menswear season is set to start in January next year. Bruno Sialleli, former menswear designer at Loewe, is reported to take Ossendrijver’s place and design both the womens-and-menswear collections.

This marks another round of musical chairs taking place at Lanvin: following Alber Elbaz’s departure in 2015, the house then brought on Bouchra Jarrar for 16 months, who was then replaced by Olivier Lapidus who only designed two seasons worth of clothes. Reports also mention that Elie Top, the house’s jewellery designer, is also looking to make his exit.

Way back in February, the uber-suave Tom Ford debuted his first underwear collection for men along with his first timepiece collection. Since then, his watches are already on the market, but it’s only now—nine months later—that we’re going to find taking off our pants a more thrilling experience.

In true Tom Ford fashion, his underwear line is more than the generic tighty-whities. His cotton briefs come in six nude tones because he loves “the idea of looking nude while actually fully dressed.” If you want something with more pizzazz, you can get boxer briefs in a metallic sheen or a leopard print. But fair warning: the 8-packs seen on the models don’t come included in the box. That, you gotta achieve yourself—just take a read through our wellness section.

Attending the benefit dinner at the #GIG2018, singer @JorjaSmith_ was a magnet for the cameras in a third glamorous look, in #DiorCouture, by our Creative Director #MariaGraziaChiuri.

For the sixth year running, the Solomon R. Guggenheim Museum played host to the Guggenheim International Gala in partnership with Dior. This year’s event honoured the philanthropists Dimitris Daskalopoulos and Alice Walton, and the entertainment for the evening was the 21-year-old R&B singer-songwriter Jorja Smith, who wore three Dior Couture dresses for the main event and the gala’s pre-party the evening before.

“Jorja represents my idea of the Dior woman because she’s young [and] is incredibly focused on her goals, and [she] isn’t afraid to let her voice be heard,” said Maria Grazia Chiuri, Dior’s artistic director to Vogue. Guests included Karlie Kloss (who got married in a Dior gown), Gwyneth Paltrow, and Princess Olympia of Greece.

Remember when we talked about computer-generated influencers? It seems like that trend is taking off, with Balenciaga posting a captionless video to their Instagram with digitally-altered models dressed in the house’s Spring 19 collection. The video was dreamt up by Copenhagen-based visual artist Yilmaz Sen, who was given free rein by Balenciaga’s artistic director Demna Gvasalia.

As with all controversial campaigns, the post (which has since garnered upwards of 1.2 million views) generated a ton of polarising comments. “Always positively surprising, hope this brand can reach your creative level,” wrote one Instagram fan, while another account commented, “This made me uncomfortable lol.” Despite the detractors, most remarks praised the campaign for its surrealism and brilliance. Will more fashion institutions continue with this trend? We’ll be here to let you know if they do.

Style
History behind the hype: Those Balenciaga hips, from Cristóbal to Demna
Ralph Lauren fashion news
Josiah Neo
Writer
Josiah Neo is a tech writer who contributes occasionally to the fashion, travel, and culture beats. When he’s not busy keeping up with the keynotes, he’s probably stuffing his face with the best Melbournian donuts (at Shortstop, BTW) or watching his favourite esports team, the Los Angeles Valiant, pummel their opponents into oblivion.
Technology Travel Fashion Culture

Living
5 things you can do right now to boost your immunity system
Beauty & Grooming
LSA Loves: Le Labo’s Gaiac 10 is a source of comfort in anxiety-inducing times
Gear
Ditch Zoom for these secure and encrypted video conferencing apps
Living
6 activewear collaborations to level up your home workouts
Style
Dior Joaillerie launches the mesmerising Mimirose jewellery collection
Living
If COVID-19 is affecting your mental health, these platforms want to help
Food & Drink
Support Singapore’s restaurants and gift a meal with local social movement MyTreat
Food & Drink
How Asia is putting its own twist on alternative meats like Impossible Burger
Style
Meet Young Emperors, the Instagram duo doing couple style right
Sign up for our newsletters to have the latest stories delivered straight to your inbox every week.

How fashion is helping to fight against coronavirus