What perfume are you wearing right now?

A perfume can accentuate your look as much as any other accessory. Perhaps that’s why Coco Chanel said that “No elegance is possible without perfume. It is the unseen, unforgettable, ultimate accessory.” And there are certain scents from various brands that have become a favourite of many over the years.

From floral to woody to fruity, here’s a look at perfumes that can qualify as classic and have their own fanbase. 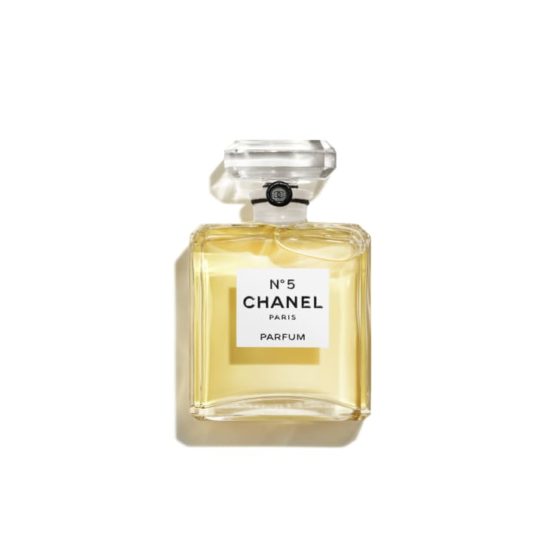 If perfumes are your thing, there’s no way you would have gone without hearing about or owning a Chanel No.5. The famous fragrance was created in 1921 by Gabrielle Chanel with perfumer Ernest Beaux. Aldehydes in its notes give the floral scent its renowned complexness and timelessness. There are at least eighty ingredients that together create the olfactory layers which have come to define Chanel No.5’s feminine elegance. Among the notes are Neroli, Jasmine from France’s Grasse and Bourbon Vetiver. It is unique and distinct because no single note dominates and allows people to have their individual interpretation of it. Chanel herself designed the Classic Bottle — which over the years has remained almost the same — and comes with a chiselled stopper inspired by the Place Vendôme.

The Chanel No.5 Eau de Parfum is the 1986 reinterpretation of Beaux’s composition by Jacques Polge. This version contains bright citrus top notes around the jasmine and May rose of the original. A third variant, Chanel No.5 L’EAU, has the vibrancy of its notes such as lemon, mandarin and orange on the top and the softness of musk and cedar at the base. In late 2020, Marion Cotillard and Jérémie Bélingard appeared in a special Chanel video as a tribute to the perfume which turns 100 this year. The unisex perfume is named and inspired by the breathtaking landscape and the captivating wilderness of the Mojave Desert. It imbibes the aridness of the desert in the woodiness of its scent. The perfume’s top notes comprise musky ambrette and fresh Jamaican naseberry, heart notes of powdery violet, magnolia and sandalwood, and base notes are formed by warm chantilly musk, crisp amber and cedarwood. This scent was launched in 2014.

Created by renowned perfumer Frank Voelkl, Le Labo Santal 33 is a unisex fragrance. The fantasy of a man on a leather saddle in the desert was the inspiration behind this rich, woody scent. It has a violet accord, cardamom, iris, ambrox, cedarwood, leather and Australian sandalwood in its three notes. Le Labo products are distinguishable because of their apothecary packaging where labels appear like the ones you see on bottles at traditional medicine stores. 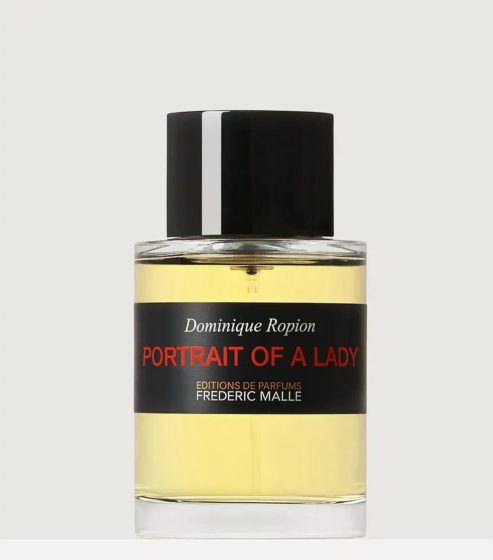 4
Frederic Malle Portrait of a Lady

Named after the eponymous 1881 novel by Henry James, Portrait of a Lady is an oriental floral fragrance for women. Thus, its scent embodies the elegance, unusualness and yearning for freedom of the novel’s protagonist Isabel Archer.

The modern expression of James’ heroine, this sensual perfume’s main note is Turkish rose. Other notes include clove, black currant, patchouli, sandalwood, musk and amber. Perfumer Dominique Ropion is the nose behind this fragrance, which was launched in 2010 and required many trials to get a balanced formula. 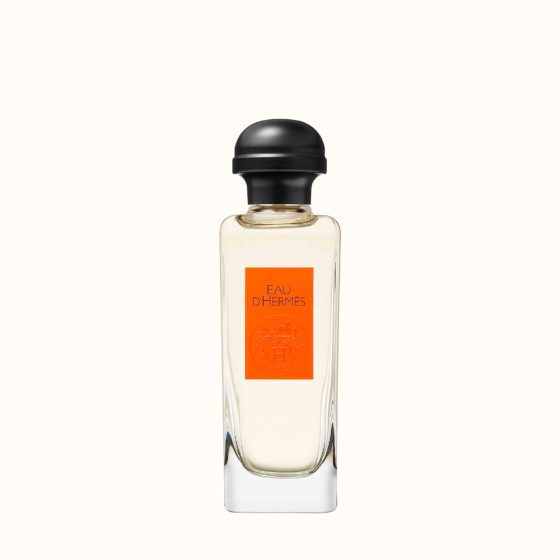 The first perfume by the luxury fashion label, Eau d’Hermés was created in 1951 by French perfumery icon, the late Edmond Roudnitska. He described the scent as “The inside of a Hermès bag where the scent of a perfume lingered. A note of fine leather wrapped in fresh trails of citrus fruit, seasoned with spices.” The unisex perfume has a powerful, sensual appeal with accords of leather and warm spicy. The main raw materials used are cardamom, cinnamon and petitgrain citronnier with notes of lavender, lemon bourbon geranium, cloves, leather, birch and tonka bean among others. This floral fruity fragrance for women was launched in 2007. It is an airy scent in which fig rules the top note, and jasmine dominates the heart note. Other notes include osmanthus, artemisia, mate, guaiac wood and amber. This perfume uses fig fruits for the sweetness which is balanced by the tea note. Patricia de Nicolaï, the head of Parfums de Nicolaï, is the nose behind this scent. There are several variants of Dior’s J’Adore, each with a different degree of intensity and composition. Originally launched in 1999, the floral fragrance is also remarkable for the unique Greek amphora shape of its bottle, which is capped by a pearl-like top and accentuated by a series of golden rings on the neck. The perfume created as “an ode to fearless women”, is glamorous not only in design but also in smell. The colour of the scent in most variants is golden. In others, it is a soothing pink. The notes include fruits such as pear, melon, Mandarin orange and peach, flowers such as jasmine, lily-of-the-valley and rose, and cedar. 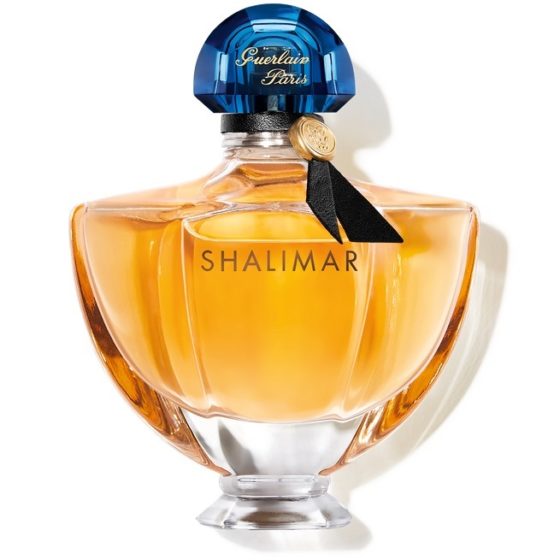 Shalimar is a word that emerged during the Mughal period in India and is today understood as an “abode of light”. The scent was created by Jacques Guerlain in 1925 after he was enchanted by the story of Shah Jahan’s undying love for Mumtaz Mahal for whom he built the Shalimar Gardens in Lahore and the Taj Mahal in Agra.

Jacques made this scent unique by using gourmand molecule, ethylvanillin, blended with the Jicky accord which made Guerlain Shalimar the world’s first oriental fragrance. Among the many notes of the perfume are citruses, lemon, cedar, iris, patchouli, rose, vanilla, tonka bean and musk.

The bottle, which was designed by Raymond Guerlain, won the first prize at the Paris Decorative Arts Exhibition. Its shape and the stopper are also inspired by the basins and the water in Shalimar Gardens. The variants of the scent are distinguished by intensity and composition. Even before you smell the fragrance, the first thing to catch your eye will be the glittering black bottle which will make for a beautiful showpiece in your cabinet even if you run out of the perfume. Created by perfumers Nathalie Lorson and Marie Salamagne, along with Olivier Cresp and Honorine Blanc, this women’s perfume is the darker, mysterious interpretation of the classic version. The heart note is composed of (a lot of) coffee, which is what the scent is defined by. The rest is a fine combination of fruity and floral notes such as pear, bitter almond and jasmine. Cedar and cashmere wood round off the base. 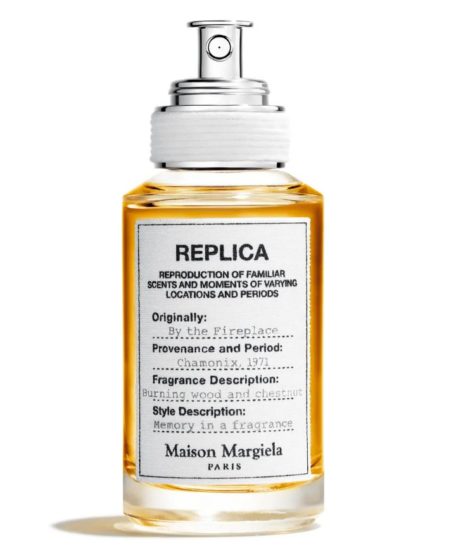 10
Maison Margiela Replica By the Fireplace

The scent immediately brings to the mind the smell of burning wood during winters in a fireplace or a campfire. The unisex woody fragrance is built by chestnut, guaiac wood and juniper in the middle notes. The spiciness of cloves and pink pepper helps in balancing the sweetness of vanilla and red berries.

Launched in 2015, the Replica by the Fireplace comes in classic apothecary jars on which the label provides details such as fragrance style and description. Replica is a series of fragrances by Maison Margiela, the French fashion house founded in Paris in 1988 by Belgian designer Martin Margiela. Others in this series are Jazz Club, Music Festival, Coffee Break and Whispers in the Library. Fragrance company Givaudan created Black Orchid for Tom Ford in 2006. This long-lasting and timeless scent for women has accords of black orchids and spice mixed with floral and woody notes such as patchouli, sandalwood, dark chocolate, incense, amber and vanilla. There’s also black currant and ylang-ylang, the evergreen Asian tree known for its aromatic greenish-yellow flowers.

Black Orchid is packaged in a black glass, fluted bottle which gives it an elegant, modern and glamorous appeal. 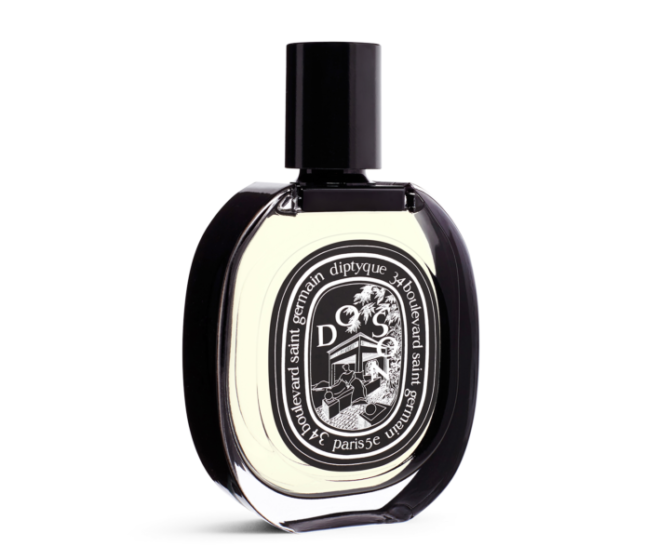 You know the calming, refreshing feeling you get when you wear Do Son, it’s because this perfume was inspired by the experiences of Yves Coueslant, one of diptyque’s three founders, as a child in Vietnam. There, in Đồ Sơn, he could smell the spicy scent of tuberoses that were offered at the pagodas in the evenings, carried by the salty sea breeze of the Hạ Long Bay. This memory led to the creation of this fragrance.

Launched in 2005, this scent for women uses tuberoses as one of its important raw materials and is part of the heart note. Others include African orange flower, jasmine, musk, pink pepper and benzoin. When sprayed, the smell of amber wood is a happy surprise. 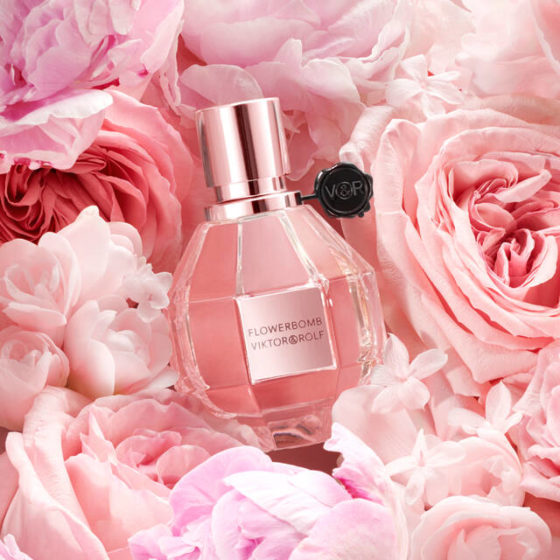 The oriental floral fragrance gives, as the name suggests, a whiff of flower scents the moment it is sprayed. Consider its prominent notes: Centifolia rose, Sambac jasmine, Cattleya orchid, India osmanthus. Together with patchouli, musk, tea and bergamot, the perfume smells like a bouquet of flowers packed in liquid form in a classy glass bottle. The sensuality it generates is ultra-feminine and addictive.

Originally launched in 2005, the composition of the scent was revisited more than ten years later by the makers. Its attractive diamond-grenade shaped bottle was designed by Fabien Baron. Actress Anya Taylor Joy is currently the face of the perfume. 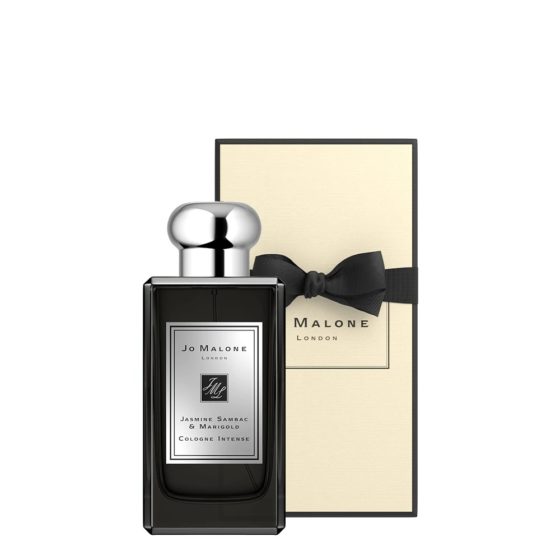 The jasmine sambac, ubiquitous in India, is what gives this perfume its exotic smell. Joined by marigold, another flower found widely in the country, as the top note and benzoin resin as the base, the scent of the Jasmine Sambac comes alive when sprayed just as naturally as it does on the fields. According to perfumer Mathilde Bijaoui, who created the fragrance with Celine Roux, Jasmine Sambac has a youthful feel thanks to the hints of honey and orange blossom.

5 floral fragrances every handsome man should wear this summer