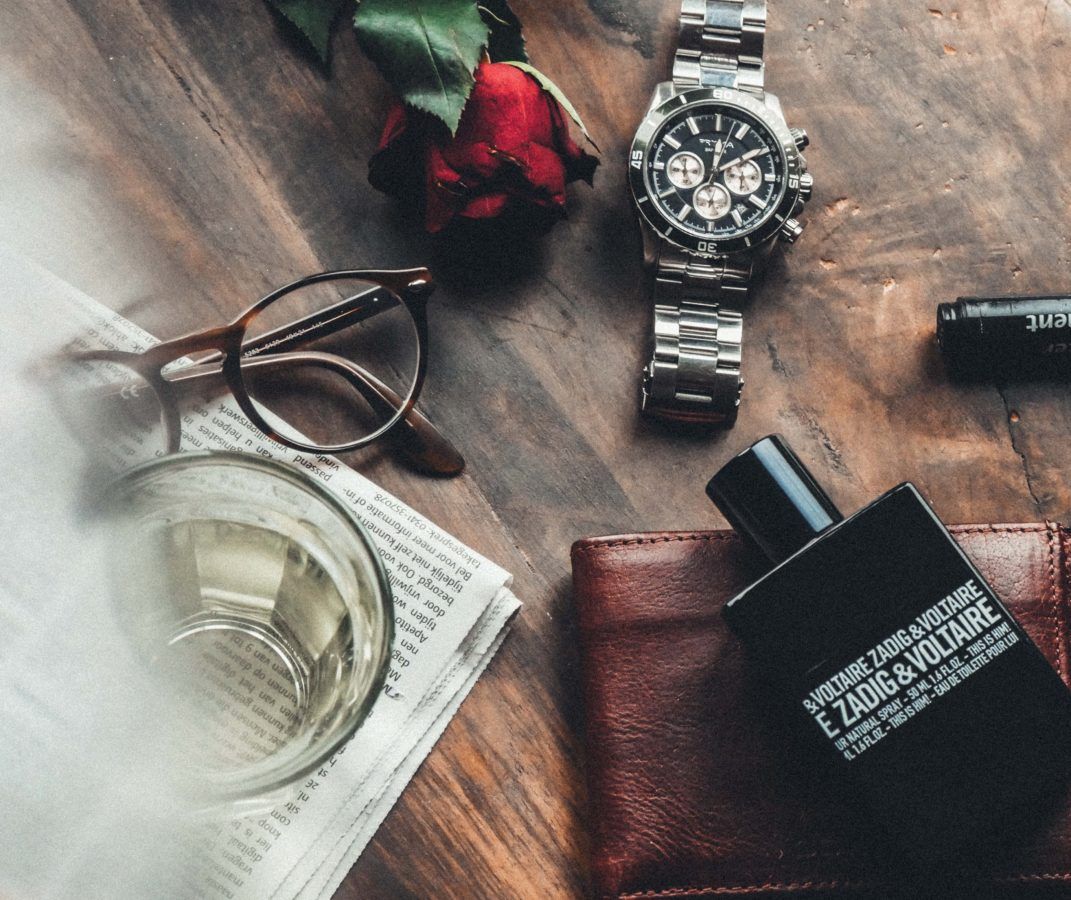 The 5 most influential men’s fragrances in history

There’s a tendency among perfume obsessives to rank the ‘best’ fragrances according to their specific olfactory family. Fougères, chypres, gourmands and orientals — needless to say, the terminology can be a bit esoteric (and border on unrelatable at the worst of times). That’s why in this guide, to outline the must-have men’s fragrances released over the past century, we’ve opted for a simpler chronological methodology: selecting concoctions from the 1910s, noughties and several decades in-between.

After all, the act of enjoying a fragrance transcends mere nasal stimulation; and the best scents often capture the essence of a particular era, and all the new ideas, ingredients and know-how that go along with it. And so it is with these five men’s fragrances below.

What is the history of men’s fragrances?

When it comes to the origin story of the first fragrance, an image of ancient Egyptians always pops into our minds. The history of fragrances can be tied back to the ancient Mesopotamian and Egyptian civilisations. Talking about history, it is also said that the ancient perfume was concocted to trigger sex hormones. In short, perfumes or scents were created to mimic the functioning of pheromones.

When it comes to men’s fragrances, their development began in the 1700s in Cologne, Germany. So, now you know how the term cologne for men came into being. 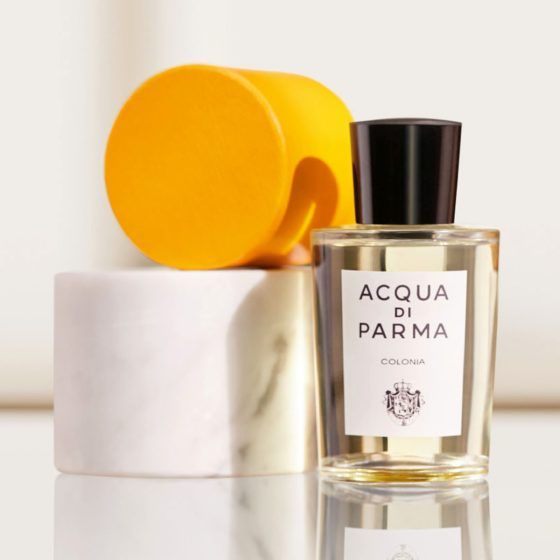 Since its invention at the beginning of the 20th century, Acqua di Parma’s Colonia has been one of the most recognisable men’s fragrances in history. That is in no small part due to the simple yet eye-catching black and yellow bottle, which just so happens to function as a handy metaphor for Colonia itself.
No matter the alcohol content, all permutations of this Italian recipe unfurl in more or less the same way. First, there’s an effervescent spray of citrus (the most commonly cited trio is lemon, sweet orange and Calabrian bergamot) that soars for a brief moment before settling into the coddling embrace of vetiver and sandalwood. On paper, these notes suggest a fairly generic EDT, but the experience of wearing Colonia is infinitely more pleasurable: a refreshing, down-to-earth spritzer of a fragrance that was light years ahead of its time. 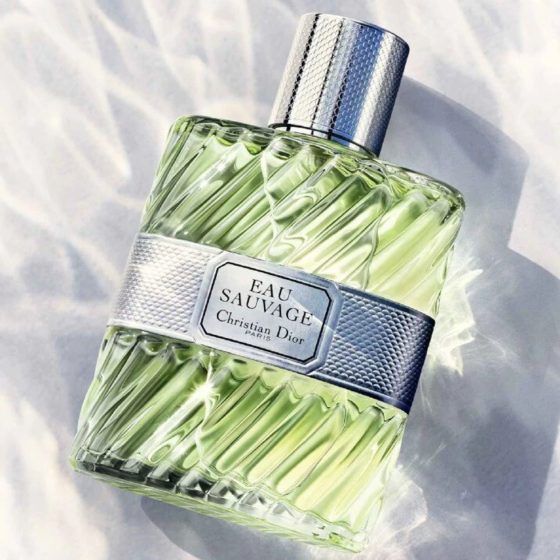 For much of the early 20th century, the men’s fragrance industry, as we now know it simply, didn’t exist (most products that could pass as dude-friendly were supported by non-gendered advertising). Then came the swinging 60s and with the hypermasculinity of that era, the arrival of formulations like Dior’s Eau Sauvage.
Conceived by master perfumer Edmond Roudnitska as the first exclusively men’s fragrance for the brand, Eau Sauvage was as much a stroke of marketing genius as a breakthrough in modern science. It was the first men’s fragrance to incorporate Hedione, a synthetic compound that was synonymous with sex appeal, made to drive women wild — it’s all but ubiquitous nowadays.

The Pierre Dinand-designed bottle — all hard angles and sinuous curves clad in metal — was a departure from the bulbous flacons common at the time; while Roudnitska’s formula continues to win fresh devotees in 2020, particularly with its latest EDP iteration.
Unlike typical citruses, Eau Sauvage is distinguished by the inclusion of a well-incorporated lavender accord, which helps to bridge the gap between fruity headnotes and a foundation loaded with spicy amber. Daily wearer and nocturnal animal — here’s a bottle that can suit both. 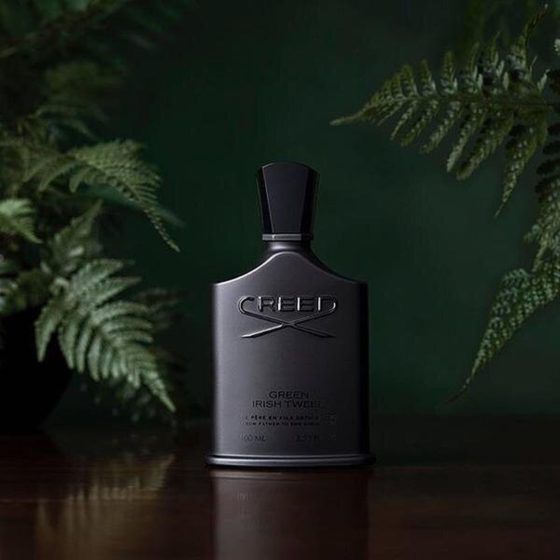 Since the very beginning, Creed has been a house that has weathered — some might even say courted — more than its fair share of controversy. But if you look beyond the tenuous connections to European royalty (or for that matter the sometimes laughably pompous marketing) and focus simply, solely on perfumery, certain truths emerge that explains the brand’s popularity over the last few decades. One such case study is Green Irish Tweed, which was among the first examples of the now-infamous ‘aquatic citrus’ style (think Davidoff Cool Water), made in concert with legendary perfumer Pierre Bourdon.

Because Creed tends to tweak individual ingredient ratios by the batch, Green Irish Tweed continues to be the subject of intense debate amongst fragrance nuts — all of whom insist on a different best ‘vintage’. Regardless of whether you’re buying a bottle produced in 1999 or have simply opted to pop down to your local department store, the fundamentals are as follows: a burst of lemon and verbena, weaving quickly into green vegetal notes which assume a supportive role even as fresh flavours give way to a murky undercurrent of ambergris — one of those textbook examples of a fragrance that varies dramatically with each individual. 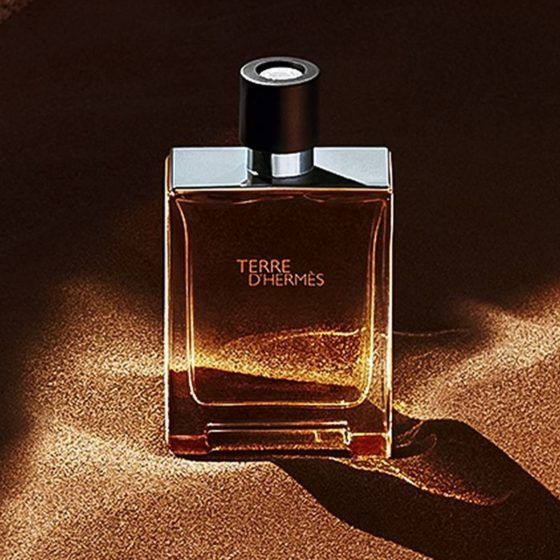 In the notoriously capricious world of high fashion, few fragrances are able to harness the twin energies of critical acclaim and mass appeal with equal efficacy. Yet, Terre d’Hermès (a seasonal men’s fragrance, first unveiled in 2006) did just that, going on to become one of the best-selling scents of the noughties whilst paving the way for a new stylistic class that hybridised wearability and complex, layered composition.

All credit must go to master perfumer Jean-Claude Ellena, whose signature is the creation of scents that are elemental and offers plenty of abstraction. In the case of Terre d’Hermès, the familiar gaiety of bitter orange slowly yields to a push-pull of vetiver and black peppercorns, conveying the sensation of changing seasons or of a sky dark with the promise of rain.

Comfortably sensual yet full of fine-grained detail for those who care to breathe deeply, there’s little mystery why many scent hounds consider this to be one of the greatest fragrances of all time. 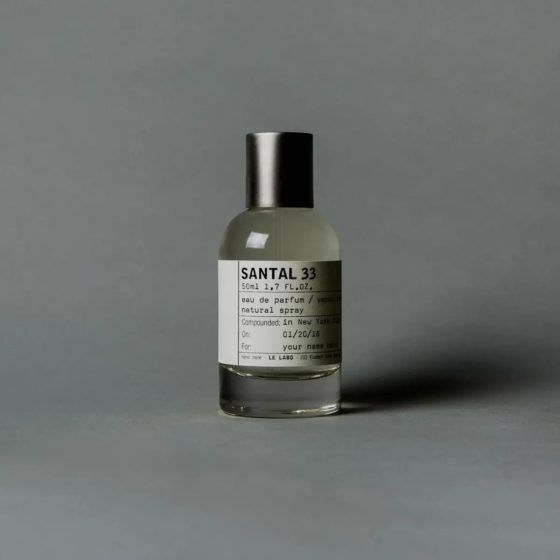 When New York apothecary Le Labo first released Santal 33 nearly a decade ago, the woody aroma was supposed to challenge the celebrity-marketed fodder that was de rigueur in the perfume industry. It wound up becoming one of the most pervasive scents in Christendom, turning Le Labo into a global force of niche perfumery along the way. It is — for want of a better word — the ‘Soho House’ membership of fragrances, at once aspirational and yet utterly commonplace.

Fragrance snobs vehemently deny that anything this popular — worn by hip, young creative types from Mongkok to Miami Beach — could possibly possess substance. But nine years on, the fact remains that Santal 33 is a pleasant bouquet by any stretch of the imagination (and a damn good way to introduce neophytes to olfactory families that go beyond ‘citrus’). Much like Eau Sauvage, it’s also a masterful exercise in branding (albeit accidentally). The minimal, liner note-esque labels have become something of a signature for Le Labo — but for bonus points, we recommend you have yours customised at their brick-and-mortar stores. “Oh my gawd, sew indie”. 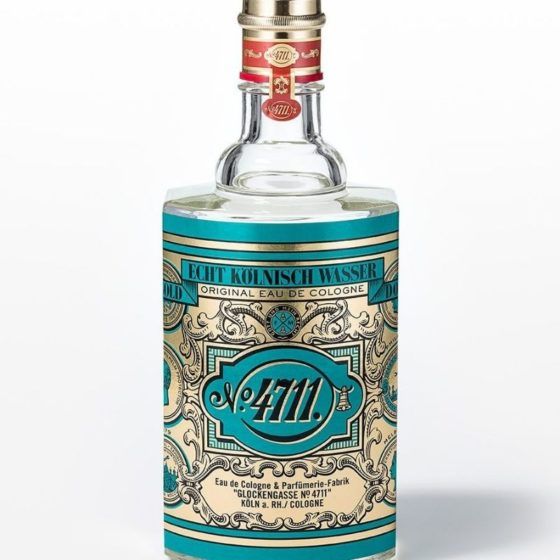 If you want a fragrance that will comfort your body and mind, you have to try the Echt Kolnisch Wasser 4711. Although the exact ingredients of the cologne are still a big secret, as per cologne experts, the product carries the scent of lemon, bergamot and orange at the top note that revitalises you. The product contains lavender, rosemary at the heart that relaxes your olfactory lobes, while neroli and petitgrain at the base calms your mind. It is also popularly known as 4711 Eau de Cologne. 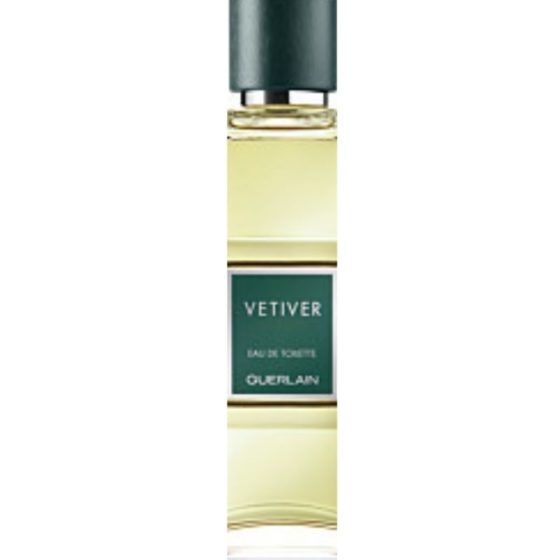 Enjoy the scent of being in the countryside with Guerlain Vetiver EDT Spray, and it is definitely one of the best men’s fragrances you will get to wear. If you have a liking for an earthy scent, then this product is the right pick for you. Guerlain Vetiver has citrus woody notes that lets out a natural, sober yet elegant scent. At the same time, the vetiver in it gives away the earthy aroma bringing you close to mother nature. 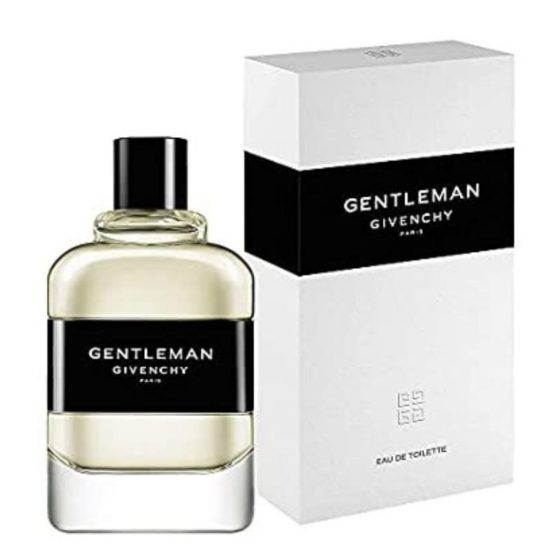 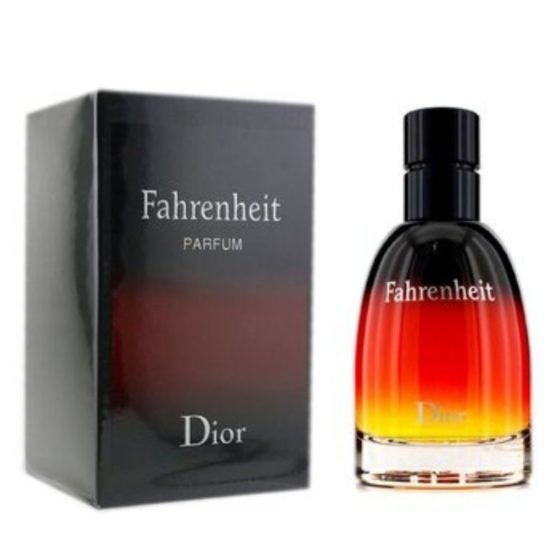 Dior Fahrenheit EDP is another cologne for men that has an oriental and spicy fragrance. The top notes of this perfume hold the aroma of suede, Sicilian mandarin, and licorice, while the middle note carries the scent of coriander, cumin, violet leaf, and rum. Additionally, bourbon vanilla forms the base note.
This is the perfect signature scent best to be worn on cosy winter evenings. 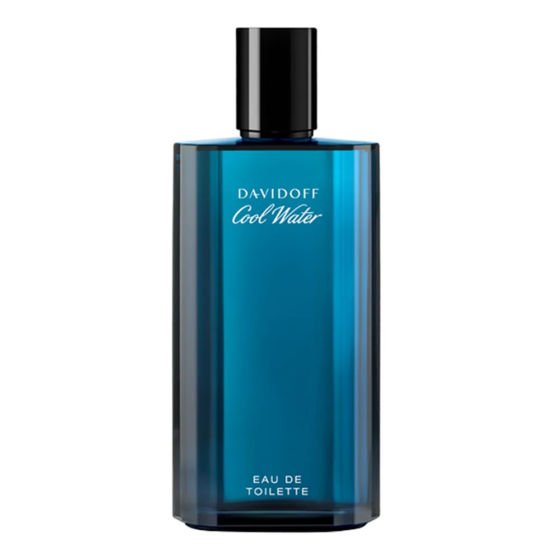 If you love how the ocean smells, you must try the Davidoff Cool Water. This men’s cologne gets its fresh scent from top notes comprising sea water, mint, green notes, lavender, coriander, and rosemary. While sandalwood, jasmine, neroli, and geranium form the middle notes of the perfume, musk, oakmoss, cedar, tobacco, and amber make up the base notes. Wear the Davidoff Cool Water and smell refreshing yet seductive for the rest of the day.

Wear the Hugo Boss-Boss Bottled perfume that has a lingering masculine yet elegant fragrance throughout the day. One of the timeless fragrances that every man should have in their collection, the perfume has a fresh yet fruity aroma as the top note, while the middle note holds the mixed aroma of spices and florals, with a strong smell of geranium and a tiny hit of clove. Meanwhile, the base note carries the scent of sandalwood, cedar and vetiver.

What was the first men’s fragrance?

The inception of men’s fragrances was in 1709 in the city of Cologne, Germany. However, in 1934, Ernest Daltroff concocted the first fragrance for men and named it Pour Un Homme.

The ancient perfume had a strong, musky scent that would last much longer than modern scents.

What is the oldest cologne?

4711 Eau de Cologne is known to be one of the oldest colognes.

Grooming Dior Hermès Le Labo Acqua di Parma Beauty & Grooming Creed
Lifestyle Asia
Here's where you can read the latest news and stories from Lifestyle Asia and our sister titles PrestigeOnline and Augustman, curated from all of our editions in Hong Kong, Singapore, Kuala Lumpur, Bangkok and India.
Luxury
Sign up for our newsletters to have the latest stories delivered straight to your inbox every week.