How men wearing makeup is becoming mainstream in 2021

Especially in Asia, seeing men wearing makeup is not so rare.

There’s no denying that more and more men are embracing a practice that was previously associated with women. From the millions of tutorials available on social media to the proliferation of brands offering male makeup, the countdown seems to be on to finally make beauty everyone’s business.

Like fashion, beauty is gradually shaking off some of its most deep-rooted diktats and stereotypes. Today, makeup is no longer (just) a question of gender or sexuality, but a form of self-expression used by men and women. Just take a look at social networks — Instagram and TikTok, in particular — and you’ll soon see a multitude of videos and pictures of men wearing makeup. It’s a phenomenon being driven by several personalities and influencers, who are contributing to bringing male makeup into the mainstream.

Men haven’t waited until 2021 to start wearing makeup. In fact, it’s a practice that dates back to antiquity, and one which has endured over the centuries. From David Bowie to Johnny Depp to Prince, many celebrities have tried to pioneer the practice, paving the way for others to follow, but without ever succeeding in bringing what’s considered an exclusively female domain into the male mainstream. As we know, it’s not always easy to break down certain codes and traditions. So why now? Probably because the time is favorable to change, driven largely by the will of an entire generation — Generation Z — to shun labels, pigeonholes and to refuse to conform to stereotypes.

The fashion industry has quickly caught on, sending out a slew of new gender-neutral collections. Now it’s the cosmetics industry’s turn to meet the demands of a generation with more than enough influence — and buying power. It’s not surprising to learn that men’s cosmetics are booming in Japan, among the younger generation. And while the phenomenon may not be taking off at lightning speed, it is making steady progress, all around the world. Internationally renowned singer Harry Styles — who famously posed for Vogue magazine wearing a dress, and matched his suit with a boa at the Grammy Awards — has largely contributed to shaking up certain preconceptions in fashion and beauty. He is also one of several men who use eyeshadow and mascara as and when they want, like Jared Leto and many K-pop artists — who are ultra-influential globally. All such individuals are also contributing to challenging certain beauty standards.

Style
Lookbook: why every man needs to wear a pearl necklace once in a while 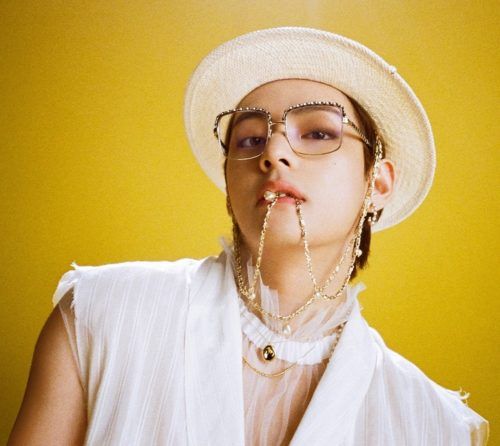 The result is visible on social media, with no less than 230 million views for the #boysinmakeup hashtag, and over 550 million views for #mensgrooming, on TikTok. Much more than a trend, male makeup is, in fact, a practice that is progressively entering the mainstream, buoyed by unexpected events such as… the pandemic.

Brands (finally) get onboard

As more and more women ditched makeup during the pandemic, favoring a more natural and authentic routine, men, on the other hand, sometimes started to dabble with makeup as their days filled up with Zoom meetings. That’s the reason why former baseball star Alex Rodriguez launched a makeup line for men, currently consisting of a concealer for dark circles and wrinkles. “I realized as I was jumping from meeting to meeting, I needed something quick and easy in my routine to conceal blemishes or razor bumps,” the sportsman said on Instagram at the time of the collection’s release. So-called Zoom fatigue could well explain, in part, men’s sudden infatuation with makeup.

And the trend is confirmed in numbers. Last year, the market analysis company Moz reported an almost 80% increase in internet searches for “male makeup looks” during the lockdown month of April, compared to the same period in 2019, as well as an increase in searches for tips on hiding dark circles or blemishes. For its part, The Guardian recently reported 300% growth in the men’s skincare market in the last six months of 2020, relaying data from one UK retailer. However, these figures tend to show that men’s cosmetics — and makeup — still have a long way to go.

From the most upmarket to the most affordable, many beauty brands now offer makeup for men, like Gucci Beauty, MMUK, and, of course, Chanel, Tom Ford and Marc Jacobs — some of the pioneers in the field. And when products aren’t specifically aimed at men, they are often aimed at all, like at Nars Cosmetics or M.A.C Cosmetics. This summer, in London, the War Paint For Men brand opened the world’s very first store dedicated to selling makeup for men. With such initiatives growing at a rapid pace, it seems that male makeup is well on its way to becoming more mainstream.

Beauty Grooming Makeup
You might also like ...
Beauty & Grooming
The best sunscreen for men (yes, it’s a thing)

Beauty & Grooming
Weekend muse: how do we feel about men wearing nail polish?

How to nail soft goth makeup and feel like Wednesday Addams

Editor’s Picks: 20 weird and wonderful things we want for Christmas this year