Home > Beauty & Grooming > Skincare > What is Melasma? Dermatologists explain the dark patches on your face — And how to treat them 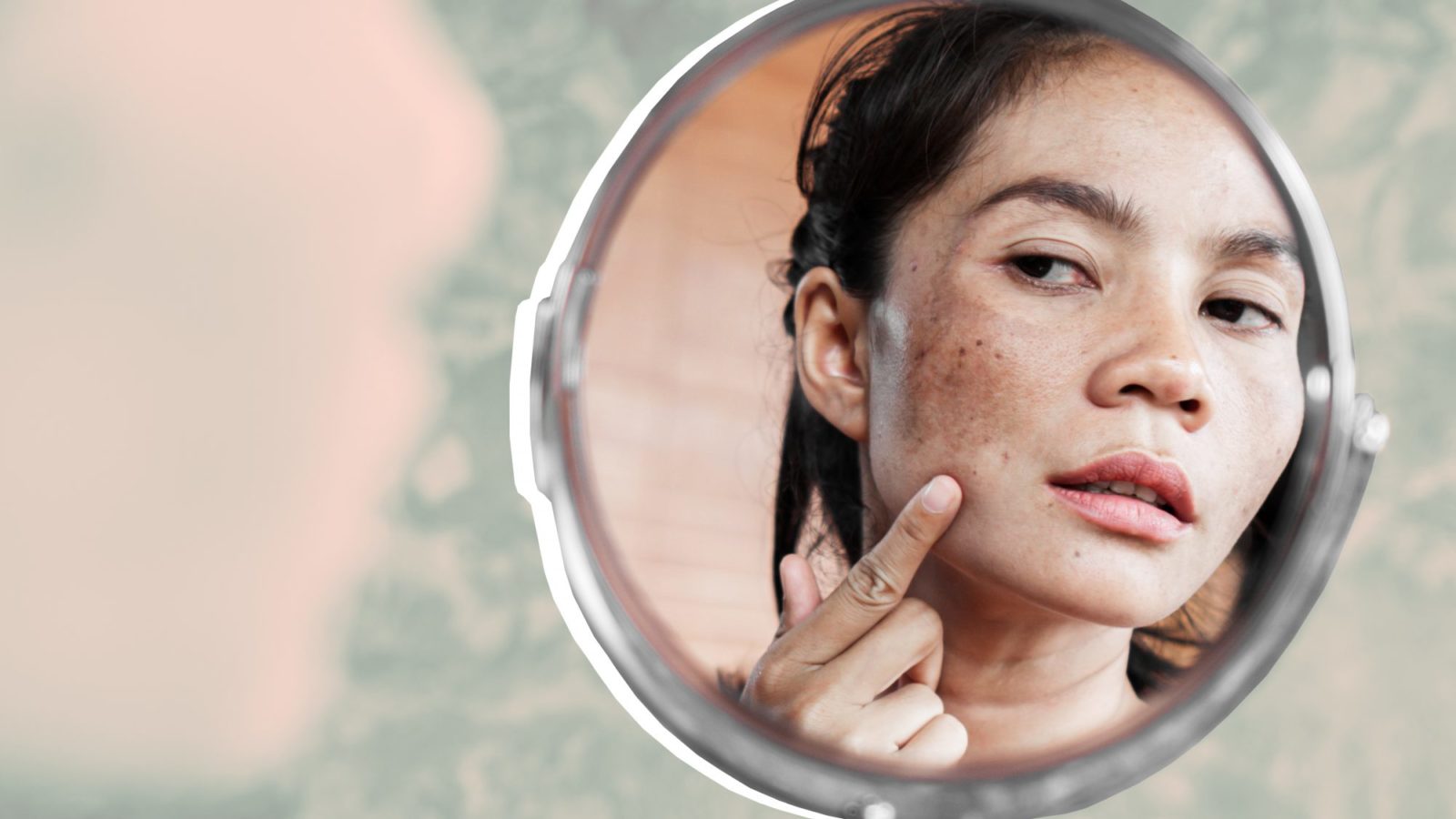 What is Melasma? Dermatologists explain the dark patches on your face — And how to treat them

Beauty & Grooming
What is Melasma? Dermatologists explain the dark patches on your face — And how to treat them
Share this article
Next article

You probably noticed it in the mirror one day while doing your daily skincare routine or inspecting that rogue pimple that popped up out of nowhere: a blotch (or a few), just a shade or two darker from your actual skin colour.

That, friends, is what’s known as melasma — and you’re not alone if you’ve noticed it on your face. According to the American Academy of Dermatology (AAD), women are most likely to experience melasma (only about 10% of people who have melasma are men), and while it can affect anyone, people with darker skin have a greater chance of seeing the blotches.

But there’s good news: Though it can be difficult to treat (more on that later), melasma isn’t dangerous from a health perspective. The patches can still cause a bit of alarm in those who’ve never seen them before though, so we tapped dermatologists to give us the lowdown on melasma — including what you can do to make it go away (if that’s what you want!), and whether you can prevent it in the first place.

“Melasma is a skin condition that causes discoloured, dark patches on the skin. These patches are darker than your skin tone, and tend to look brown or brown-ish grey,” Annie Gonzalez, MD, a board-certified dermatologist at Riverchase Dermatology in Miami, Florida, tells Health.

These dark patches — known sometimes as hyperpigmentation, which is a more general term for skin discolouration — tend to show up on the face, mainly on the forehead, cheeks, and the upper lip (aka, a ‘melasma moustache’), though it can also crop up on the back, neck, or forearms, says Dr Gonzalez.

The short answer: Experts really don’t know. “It’s not fully known what the exact mechanism of action is that triggers melasma, but we do know that it’s a combination of hormones, sun exposure, and genetics,” Jordan Carqueville, MD, board-certified dermatologist and the founder and medical director of The Derm Institute of Chicago, tells Health.

Sun exposure plays a primary role in all types of hyperpigmentation, melasma included; UV rays kick melanocytes, the cells in our skin that produce pigment, into overdrive. To that point, people with darker skin are more susceptible to getting melasma, because they have a higher amount of active melanocytes in their skin to begin with, says Dr Gonzalez.

That being said, the hormonal component is what sets melasma apart from other types of hyperpigmentation. More specifically, estrogen is the culprit, says Dr Carqueville. It’s why melasma so often occurs during pregnancy. Anywhere from 15% to 50% of pregnant women can end up developing melasma, especially during the third trimester, when estrogen levels are at their highest, points out Dr Gonzalez.

Pregnancy aside, Dr Gonzalez adds that stress can be a contributing factor as well. That’s because stress increases the levels of the hormone cortisol in the body, which can then increase the amount of estrogen. Similarly, the estrogen effect is why birth control pills can also trigger melasma, and why it is so much more common in women than in men, says Dr Carqueville.

So, can you prevent melasma?

Eh, not really. “You can’t necessarily prevent melasma because it’s influenced by factors such as hormones and genetics that can’t really be controlled,” says Dr Gonzalez, who adds that about 30% to 50% of people who have melasma say that someone else in their family has it, too.

There is a risk factor you can control, though: sun exposure. Both Dr Gonzales and Dr Carqueville underscore the fact that practising safe sun is the absolute best thing you can do to keep melasma at bay. That means not only using a broad-spectrum sunscreen with at least SPF 30 daily, but also wearing broad-rimmed hats, seeking shade, and generally avoiding the sun as much as possible.

What are the best treatment options for melasma?

Quick reminder: Melasma is a harmless condition, says Dr Gonzales. That means it’s wholly an aesthetic thing — if you like the look of your melasma (and some people do!), do you.

That said, if you aren’t so jazzed about having some darker blotches on your face, there are a few treatment options, though the condition is very hard to treat. That’s because, unlike other forms of hyperpigmentation which only exist on the epidermis (surface layer of the skin), melasma can be found even in the dermis (a deeper layer of the skin), says Dr Carqueville.

For patients who are not pregnant (that’s a biggie — these treatments are not safe for pregnant women), topical medications that contain hydroquinone or kojic acid tend to have the highest success rates in lessening the appearance of melasma, says Dr Carqueville. They are available by prescription or over-the-counter, and those two ingredients specifically work by inhibiting the production of an enzyme needed in order for melanin, or pigment, to be produced.

Microneedling and peels can also help; the peels help lift off some of the surface pigment, while the microneedling increases the absorption and efficacy of topical treatment products, says Dr Carqueville. Lasers can help, too — they’re a good way to target and break up the pigment at various levels in the skin, though it’s important to proceed with caution. Because heat can also trigger melasma, in needs to be a laser that isn’t going to generate enough heat that’s going to end up exacerbating the situation and making the melasma worse, not better, she says.

Luckily, there is an option that is safe and available for everyone, even pregnant women dealing with melasma: sun protection. Remembering to put on some SPF every single day can help to both prevent melasma and keep the melasma that’s already shown up from getting any more noticeable.

Skincare Health Wellness hyperpigmentation skincare routine skin health skin condition
You might also like ...
Culture
International Dog Day 2021: if you were a dog, which breed would you be?
Style
10 work-from-home outfit ideas, inspired by Thai celebrities
Beauty & Grooming
Powder, oil, or bags: the power of using tea in your beauty routine
Living
‘Shang-Chi’: everything we know about Marvel’s first Asian superhero
Melanie Rud
Skincare

The best body scrubs to exfoliate your skin this weekend