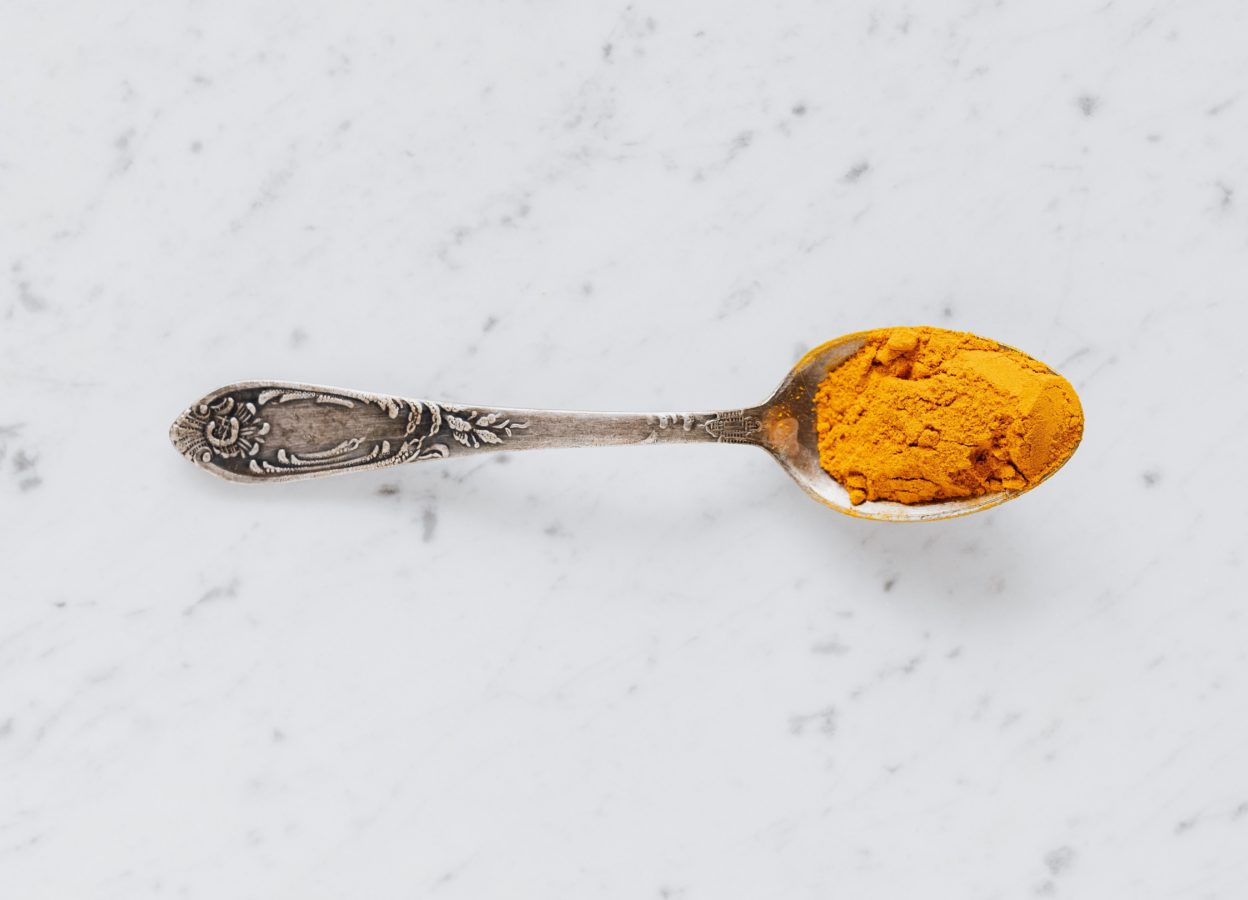 It’s likely you cook with this, but did you know turmeric in skincare has some great benefits too?

Nature is full of riches whose benefits for skin and health have been exploited for thousands of years, but that doesn’t mean that all have been revealed to the public. Such is the case with turmeric, one of whose components could eventually be used as a new sun filter to fight against the harmful effects of ultraviolet rays.

Chemical sunscreens are regularly criticized for their potential toxicity in regards to health and the environment. This is a problem that brands have taken on board, gradually replacing them with mineral filters that are considered much less harmful. But that hasn’t stopped scientists from continuing to search for potential new molecules, as natural as possible, which could protect the skin even more effectively against the harmful effects of ultraviolet rays. A recent study has brought to light an unexpected ingredient that could do just that, and in so doing contribute to the fight against skin cancers, which have been on the rise over the last few years, as well as against photoaging.

Turmeric is already known for its numerous antibacterial, anti-inflammatory and healing properties, which help in the fight against eczema and psoriasis. It is, more particularly, one of its active molecules, curcumin, which proves to be an invaluable aid for many skin problems. And it is precisely this active ingredient that American researchers are interested in, as they seek out the sun filter of the future.

Conducted on rodents, their study confirms the anti-inflammatory effects of curcumin on the skin, and highlights “its potential as a photoprotective adjuvant when delivered through nanoparticles.” A process intended to overcome some limitations of curcumin observed by researchers in previous studies, including its low aqueous solubility and rapid degradation in vivo. In view of these results, the scientists now wish to go further to determine whether the active molecule could be used as a sun filter.

In an interview with Dermatology Times, Adam J. Friedman, a professor at George Washington University, who participated in this American study, is enthusiastic about these results and already sees the potential of curcumin, although the research is not yet at an advanced stage. “Ideally this would be incorporated into a sunscreen or a moisturizer that would be used in conjunction with a sunscreen,” explains the scientist, who believes that another formulation would be possible as a “do-over” — meaning when you have forgotten to put on sunscreen.

For the treatment of chronic pain

If you had never previously heard of the virtues of turmeric, or more precisely of curcumin, you can be sure to hear more about it as the ingredient seems to interest researchers for many reasons. “Today there is growing scientific evidence suggesting curcumin’s utility in the treatment of chronic pain, osteoarthritis, and inflammatory dermatoses such as psoriasis; acceleration of wound closure; and bacterial, fungal, and viral skin infections, as well as cosmetic ailments such as dyspigmentation,” outlines Professor Adam J. Friedman.

Skincare Beauty Wellness Turmeric
You might also like ...
Beauty & Grooming
A guide to acids in skincare (and how to use them properly)
Beauty & Grooming
How to tackle hyperpigmentation and dark spots for Asian skin
Living
Lockdown Lowdown: May Buranasiri on prioritising skincare and self-care in a pandemic
Beauty & Grooming
6 dermatologist-approved skincare labels you can buy in Bangkok
Lifestyle Asia
Here's where you can read the latest news and stories from Lifestyle Asia and our sister titles PrestigeOnline and Augustman, curated from all of our editions in Hong Kong, Singapore, Kuala Lumpur, Bangkok and India.
Luxury

How to tackle hyperpigmentation and dark spots for Asian skin