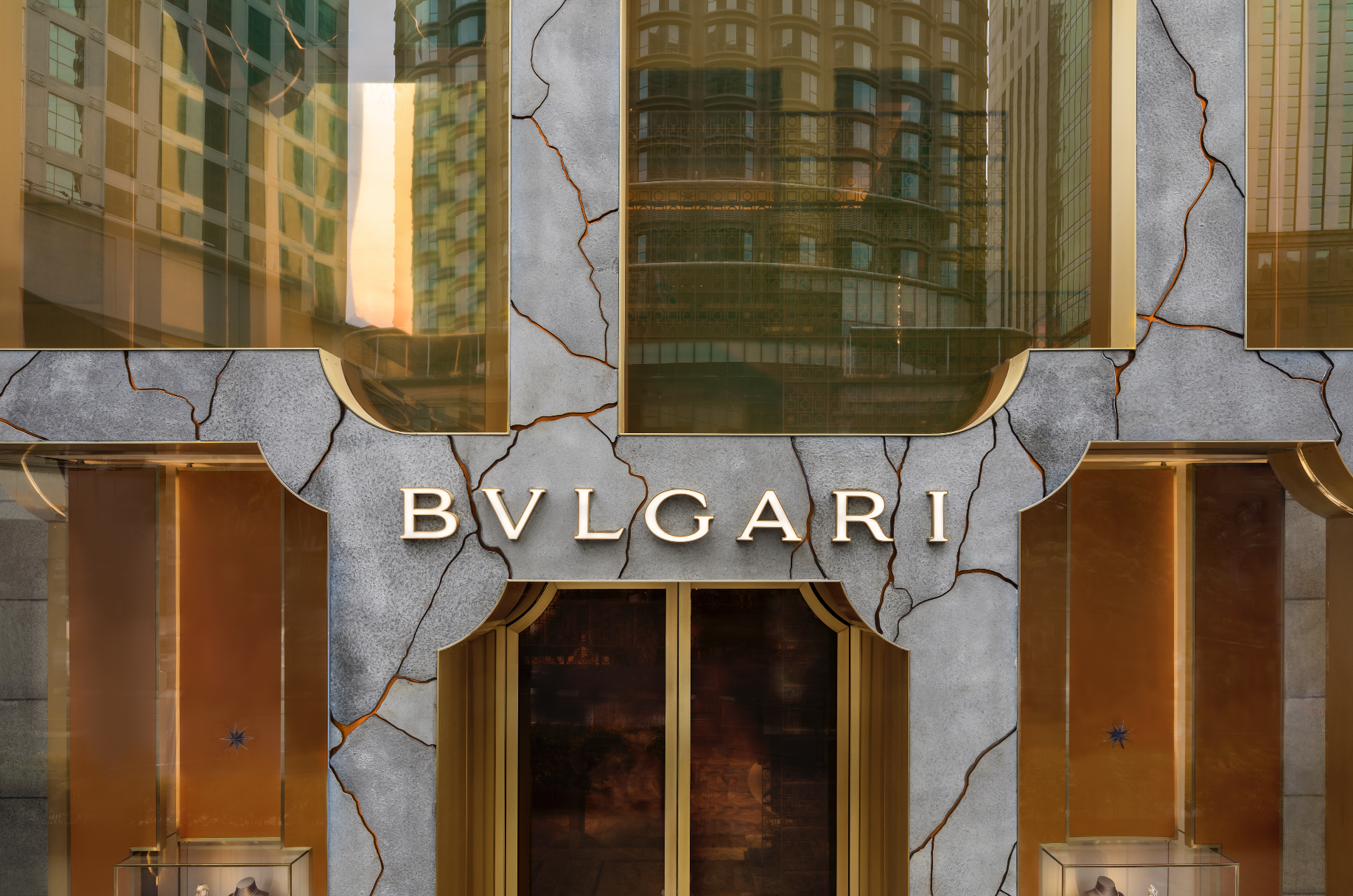 Announced at the UNESCO headquarters in Paris, the Prix Versailles acknowledges achievements in various forms of architecture ranging from categories like campuses, public spaces, shopping malls, hotels and more. This win for Bulgari in the globally contested award series now places it in the same standing as architectural masterpieces the world over including the Fashion Avenue in Dubai Mall, Apple Cotal Central in Macau, and Iconsiam in Bangkok.

While two Malaysian hotels namely The Ritz-Carlton Langkawi (2018) and The Datai Langkawi (2019) have won the prestigious award respectively in the Hotels category, the win for Bulgari’s boutique in Pavilion KL marks the first time any shop or store in Malaysia has won a Prix Versailles recognition.

Flaunting its captivating facade along the streets of Bukit Bintang, the exterior of Bvlgari Pavilion KL is designed by award-winning architecture firm MVRDV.

The facade sports a striking combination of concrete, resin and brass that intertwine to deliver a reimagined interpretation of the brand’s signature via Condotti styled shop, with a reinvention of traditional materials. Like looking into the cracks, the rough concrete with resin veins are accentuated further by permeating gold light to create a stunning marble-like front that glows at night with enchanting dramatic effects.

Pavilion KL Bvlgari Prix Versailles Award 2019 Bvlgari Pavilion KL MVRDV
Martin Teo
Editor
Martin has a bent for history and food culture, especially of the Peranakan heritage. Since the pandemic, he finds joy in plant parenting and continues to expand his collection of Philodendrons, Anthuriums, and Syngoniums. He's now on a lookout for the elusive Philodendron Florida Beauty to add to his urban garden.
Dining Living Home