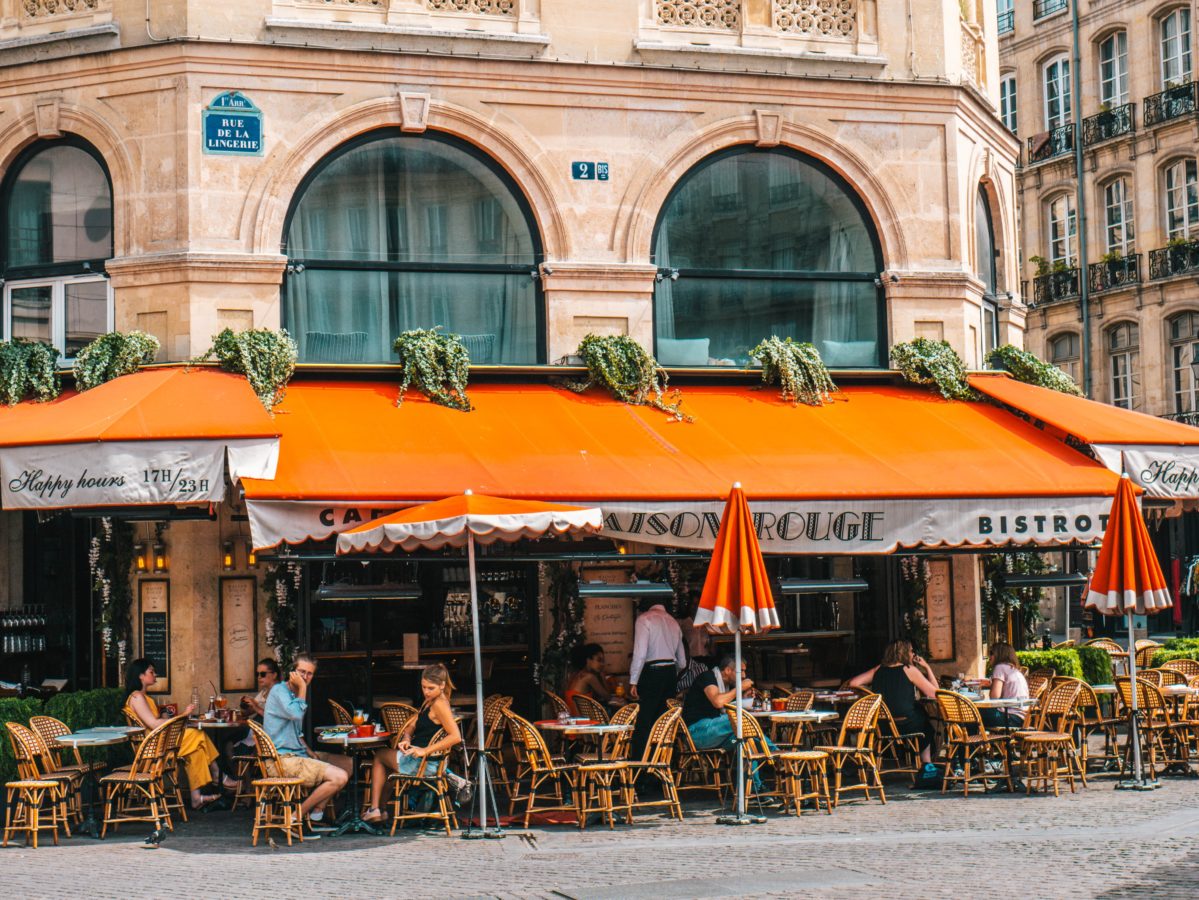 Culture
5 works of art that were born in coffeeshops, from Harry Potter to Van Gogh’s paintings
Share this article
Next article

If, like us, you feel most inspired in your favourite coffeeshop, keep reading.

Amid the coronavirus pandemic, certain cities have been required to close down bars and restaurants, with the new restrictions in Marseille making headlines across the country. Café culture has long been associated with life in France but in many countries, cafés are more than places to have a libation and socialize. They have been the birthplace of major iconic cultural works. JK Rowling penned “Harry Potter” in Edinburgh’s Elephant House, Hemingway wrote “A Movable Feast” at Paris’s Closerie des Lilas, while inspiration for international hit “Garota de Ipanema” came from a Brazilian girl passing by a Rio de Janeiro bar leading to the beach.

Without the Elephant House pub in Edinburgh, Scotland, the Harry Potter saga may not have seen the light of day. Most of the early novels of the saga were penned in this Scottish pub with a red facade. JK Rowling sat in the back room overlooking the Edinburgh castle, drafting the characters and the whole universe that became an international blockbuster when first published in 1997.

This  autobiographical tale by Ernest Hemingway came out after the writer’s death. The novel narrates the first few years that Hemingway spent in Paris during the 1920s. It offers readers a trip through the City of Lights and its most iconic neighborhoods from rue Mouffetard, to Brasserie Lipp and the Les Deux Magots café in Saint-Germain-des-Prés. But it’s in the Montparnasse neighborhood that Ernest Hemingway actually wrote “A Movable Feast,” at Closerie des Lilas, a café-restaurant where painters like Renoir and Monet gathered in the mid 19th century. On a side note, Closerie des Lilas is also where F. Scott Fitzgerald asked Hemingway to read “The Great Gatsby” before publication.

Being and Nothingness – Jean-Paul Sartre

If Parisian Café de Flore had been shut down, would French philosopher Jean-Paul Sartre have produced all of his iconic texts? In an upper room of this historic Saint-Germain-des-Prés café, the French writer outlined drafts of “Being and Nothingness,” published in 1943. Not far from Sartre, at a table that faced him, his partner Simone de Beauvoir drafted what would go on to become her first hit novel, “She Came to Stay.”

It’s a must see for every tourist visiting Arles in the south of France. Located on the Place du Forum, just next to Nord Pinus hotel, Van Gogh made this cafe immortal in 1888. At the time, it was called “The Terrace.” The Dutch painter set his easel on the northeastern corner of the Place du Forum and depicted the warm end-of summer atmosphere of this welcoming French café.

The most well-known bossa nova tune was written in 1962 in a Rio de Janeiro café called Veloso. Music composer Antonio Carlos Jobim and poet Vinicius de Moraes regularly met there. They both drew inspiration from a young Brazilian woman who used to pass by the bar’s terrace. “Garota de Ipanema” became an international hit thanks to Stan Getz and Joao Gilberto’s adaptation in English two years later. “The Girl from Ipanema,” sung by Astrud Gilberto, is one of the most played songs worldwide, and the legend started in a carioca bar…

Art Culture Entertainment Harry Potter
You might also like ...
Culture
Is Instagram becoming a hothouse for emerging artists?
Food & Drink
5 new Bangkok restaurants to try this October 2020
Culture
Our theme for October 2020 hits close to home
Travel
Why has Paris been named the most creative city in the world?
Staff Writer
Art