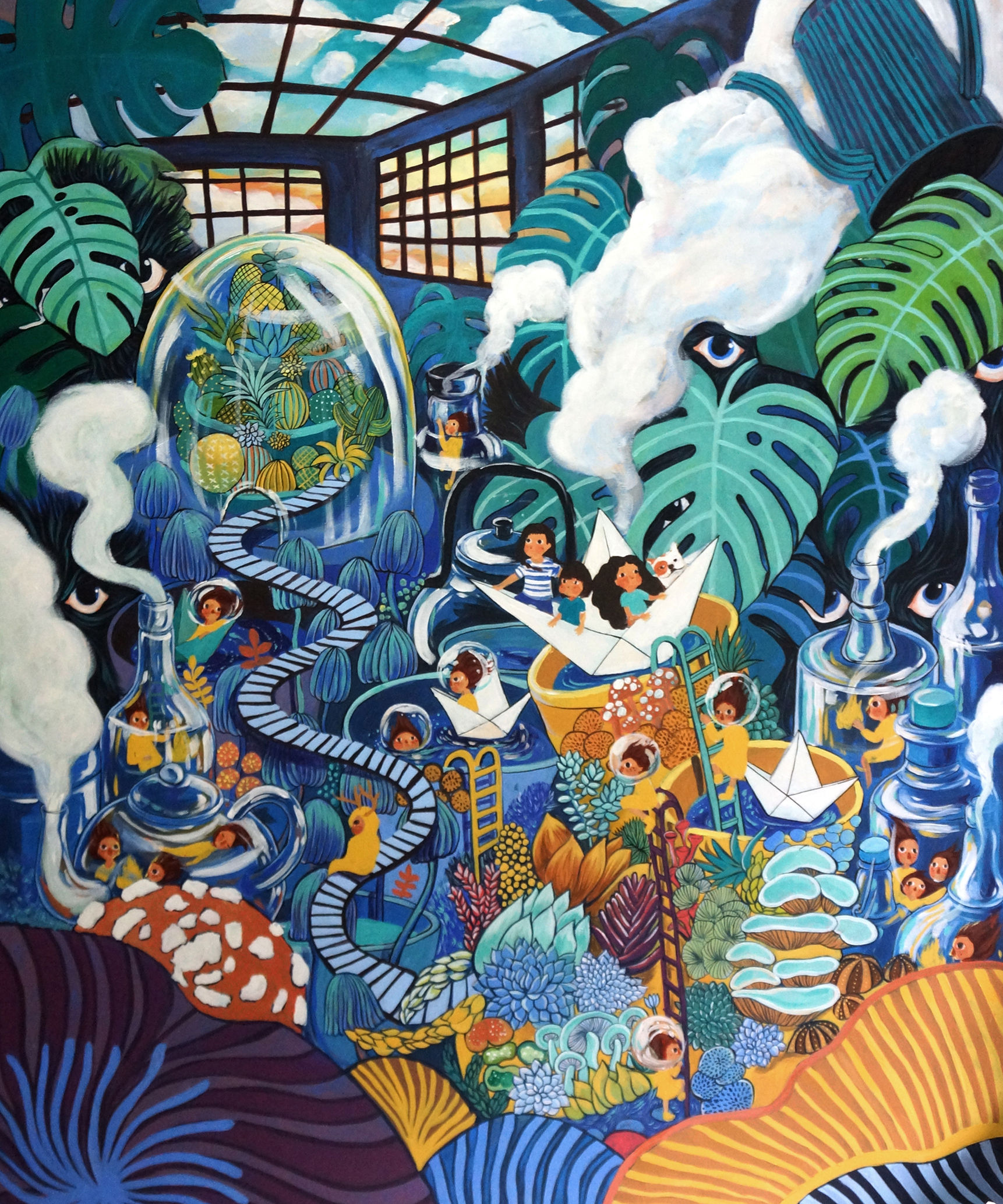 8 cultural events not to miss in January

New year, new events: 2017 kicks off with several big-name artists like Alex Face and Olivier Duhamel showcasing their work in Bangkok. Meanwhile, budding artists are increasingly being given platforms to develop their talents at art spaces around town. 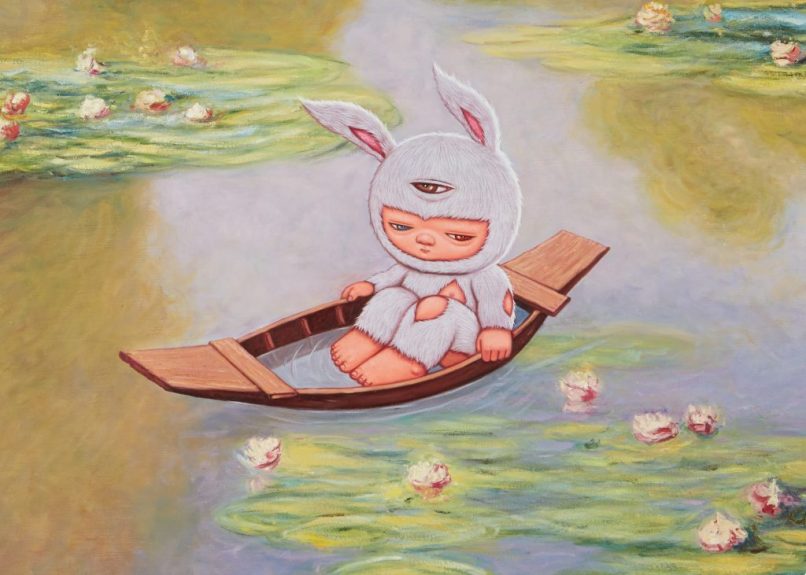 Alex Face returns to Bangkok CityCity Gallery with his latest show, Alive. Since his breakout solo exhibition in Bangkok 2012, Alex Face and his iconic three-eyed character have taken the art scene by storm. His artwork has adorned urban walls of major cities like Bangkok, Jakarta, Tokyo, Seoul, Taipei, London, Copenhagen, Amsterdam and Berlin.

Featuring more than 30 new artworks including paintings, drawings as well as large-scale sculptures, Alex Face’s Alive exhibition invites everyone into its world, where the famed disillusioned child character is lost in a water lily pond. Alive also reflects the artist’s imagination on how he could craft his own creations and put them up in those settings of impressionist masterpieces that he has always loved. Boy Who Was Kidnapped by Time 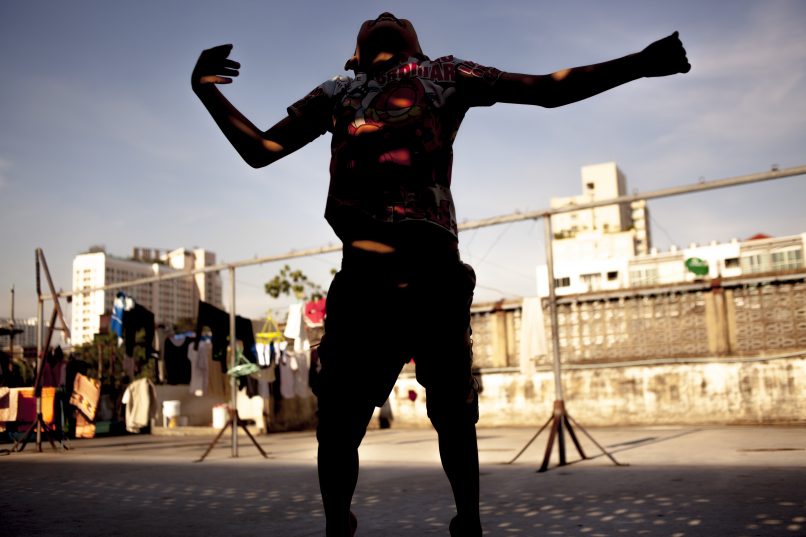 A certain eerily dilapidated short-time motel in Suthisarn is a favorite location for filmmakers and photojournalists. The stories they get from it typically revolve around the seedy cesspit of the melodramatic lives of cheap pimps and prostitutes. But for photo artist Haris Srikhao, it’s a universe that has locked away within its dimensions a haunting childhood memory of a friend from middle school who had died young—the boy kidnapped by time, who’ll never grow up or grow old.

Multicolored fish at the aquarium, Siriraj Hospital’s infamous pickled embryo in its glass jar, the stars floating in space at the planetarium, children playing by the motel’s stairs and lounge—these images come from unrelated sources, but Haris’ control of camera angle and tonality makes them appear to be happening simultaneously in some dim, dark world. Artist Surajate muses on capitalism and why it’s perceived as such a powerful concept in today’s society. In his exhibition “For One Meal”, he explores the wider contexts in economy, society, culture and tradition in which the word “capitalism” is used, whether it be related to food, starvation, comfort, lifestyle or necessity. 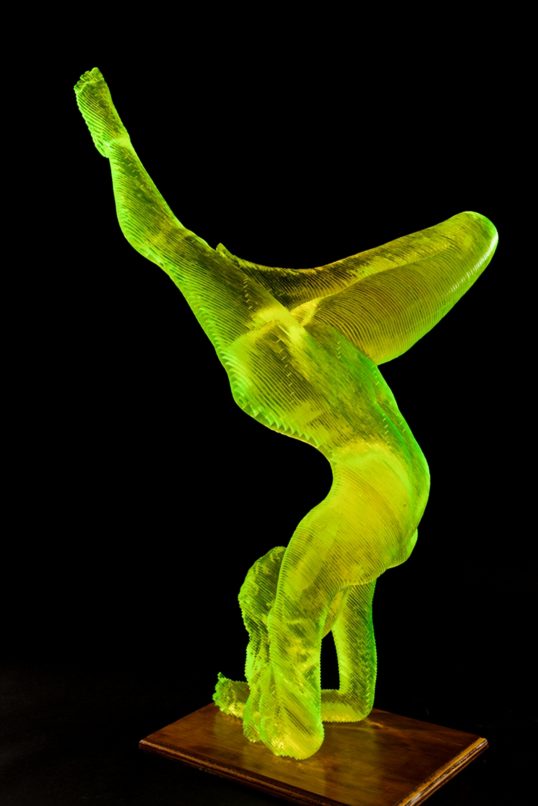 Duhamel creates his figures digitally from the pose of a life model and then uses topographic tools to deconstruct the shape on a flat surface. From there, he uses laser technology to cut fiberboard wood or acrylic sheet. Each of his sculptures consists of over 100 laser cut sheets, each of which is then meticulously assembled by hand to create the elegant form of a human body, with a surprising level of anatomical detail. People are often fascinated by the fluctuating lights or by the translucence of Duhamel’s acrylic works, imbuing a resolutely contemporary texture to his rather classical and academic shapes. 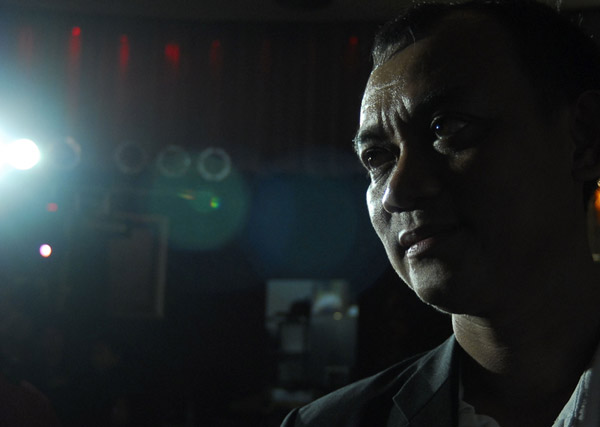 Held annually since 2003 and organized by film connoisseur Victor Kriengsak Silakong, the World Film Festival of Bangkok returns to SF Cinema with a selection of alternative movies from Thailand and around the globe, including several award winners. Polish-born Zuzanna Kowalska is a documentary photographer with a keen eye for capturing candid and unassuming sequences in people’s life. Her newest photo exhibition “Timemaker” explores a day in life of her 84-year-old grandfather Rajmund Kubiak, a watchmaker in a quaint small town in southeastern Poland. Having run his small clock and watch repair shop in the town center for nearly 55 years, repairing the town’s clock tower and antique clocks brought in by collectors, Rajamund is known by everyone in the community for living and sharing his life stories with the town folks and family including his agonizing pain of losing his 48 year-old son from cancer 13 years ago. His profession is slowly fading away and only few with his type of craftsmanship are left in the country. Talented Thai–Indian artist Rammy Narula is exhibiting a collection of 22 photos reflecting his deep passion for travelling and exploring the streets. His work covers personal projects, portraits and photography resulting from countless hours roaming the streets of the cities he visits.

His latest photo exhibition, Platform 10, is the culmination of his work at Hua Lamphong train station in Bangkok. After over a year without a real breakthrough, it was very much by chance that on a random day in 2015 he found himself on a quiet platform at the far end of the station when a short train came in, made a 20-minute stop, and got going on its way. He discovered that the photographs he took that day had a very different feel to his previous work and it was the spark that he had been looking for. He kept going back every day for the next six months to photograph that window of time on the same platform. His photos have also published as a photo book with Peanut Press, a publishing house in New York.

Art Film Photography Culture Film festival Arts & Culture
Ellen Boonstra
Sign up for our newsletters to have the latest stories delivered straight to your inbox every week.