A new exhibition in town is highlighting the works of famed street artist Banksy in Bangkok, even if it’s against almost every message the artist has been supporting. Naturally, drama ensues.

Recently, it was announced that works inspired by world-renowned pseudonymous street artist Banksy will be coming to Southeast Asia for the first time in the exhibition titled The Art of Banksy: “Without Limits.” Taking place in the Museum of Contemporary Art, visitors will be able to observe around 150 works with only THB 250 as the entrance fee.

The Art of Banksy: “Without Limits” in Bangkok

Now hold up—when people hear the word “fee,” skepticism starts to arise. Banksy’s key theme throughout his career is the critique of consumerism and capitalism. There are so many of his editioned prints that do so, and his critique also extends to the art world.

For example, let’s take a look at “Morons,” an artwork on display at his free exhibition Barely Legal in 2006.

Morons is based on the moment when Vincent van Gogh’s iconic painting Sunflowers was sold to the highest bidder at the monumental price of GBP 22.5 million (approx. THB 920 million) on 30 March 1987. Instead of Sunflowers, the canvas in Banksy’s version reads “I can’t believe you morons actually buy this sh*t” in all caps.

This is arguably the moment that the art market is transformed into a commodities trading market, with the crowd ready to bid huge sums of money for an artwork. Many put these up or store them in their own homes, and the others want to resell at a higher price.

It’s quite apparent where Banksy stands when it comes to consumerism in the art world. If you’re interested in his works with similar themes, check out Sorry The Lifestyle You Ordered Is Currently Out of Stock, 2013-2014, Banksquiat, 2019, and, of course, Love is in the Bin, 2019.

With this in mind, it would be very not like Banksy to require a fee to see his art, or in this case, art that is not his art, but kind of claims to be so. In fact, in response to a previous art exhibition of similar nature in Moscow, he has publicly announced on his Instagram the following words: “I don’t charge people to see my art unless there’s a fairground wheel.”

The museum later issued a statement that a part of the proceeds from this exhibition will be donated to M.V. Louise Mitchell, an independent highspeed lifeboat patrolling the Mediterranean that aims to uphold maritime law without any prejudice. It was bought through the proceeds of Banksy’s artwork and is still upholding their mission till today.

Cool move, but still not enough for the criticisms to die down.

An official statement from Banksy

If that isn’t enough proof, on Banksy’s official website, it states the following: “Members of the public should be aware there has been a recent spate of Banksy exhibitions none of which are consensual. They‘ve been organised entirely without the artist’s knowledge or involvement. Please treat them accordingly.”

Displayed on the website, labelled as “FAKE”, are many exhibitions around the world using his images, which includes The Art of Banksy: “Without Limits” in other countries.

On The Art of Banksy’s official website, it also states (albeit small and wrongly spelled) that the exhibition is, in fact, unauthorised. This further confirms the validity of the exhibition, and how it was actually organised without the artist’s consent nor approval of any kind. 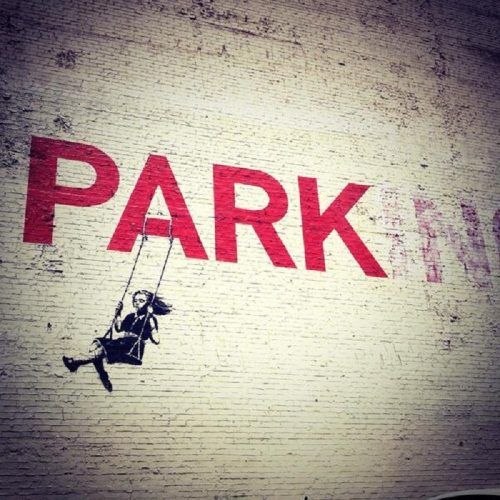 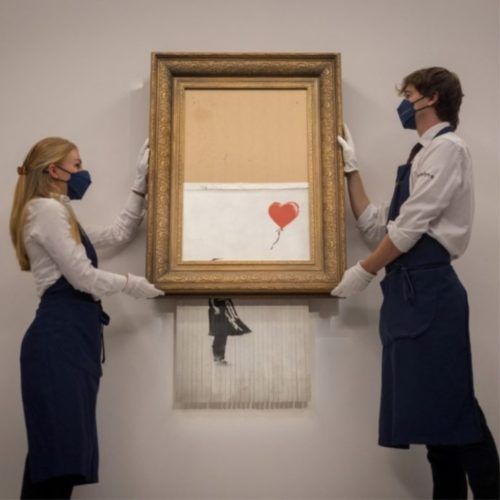 For those actually are interested in Banksy and learning more about his art, his original works can be found in the UK. All we can do in Thailand right now is to look at his works through his official Instagram, studying his previous art, as well as look more into his messages, themes, and movements the artist has been conveying.

After all, if we’re paying to see his art, it’s like we’re not understanding his art at all.

Art Exhibitions Events
You might also like ...
Culture
Spraycation: Art exhibitions to check out in Bangkok this September

The biggest museum heists of all time, from the Mona Lisa to ‘Takeaway Rembrandt’

The most expensive NFTs sold in 2022, from ‘Clock’ to Cryptopunks

Here’s how to get KAWS’ new ‘The Promise’ pieces

It’s a Spraycation: Art exhibitions to check out this November