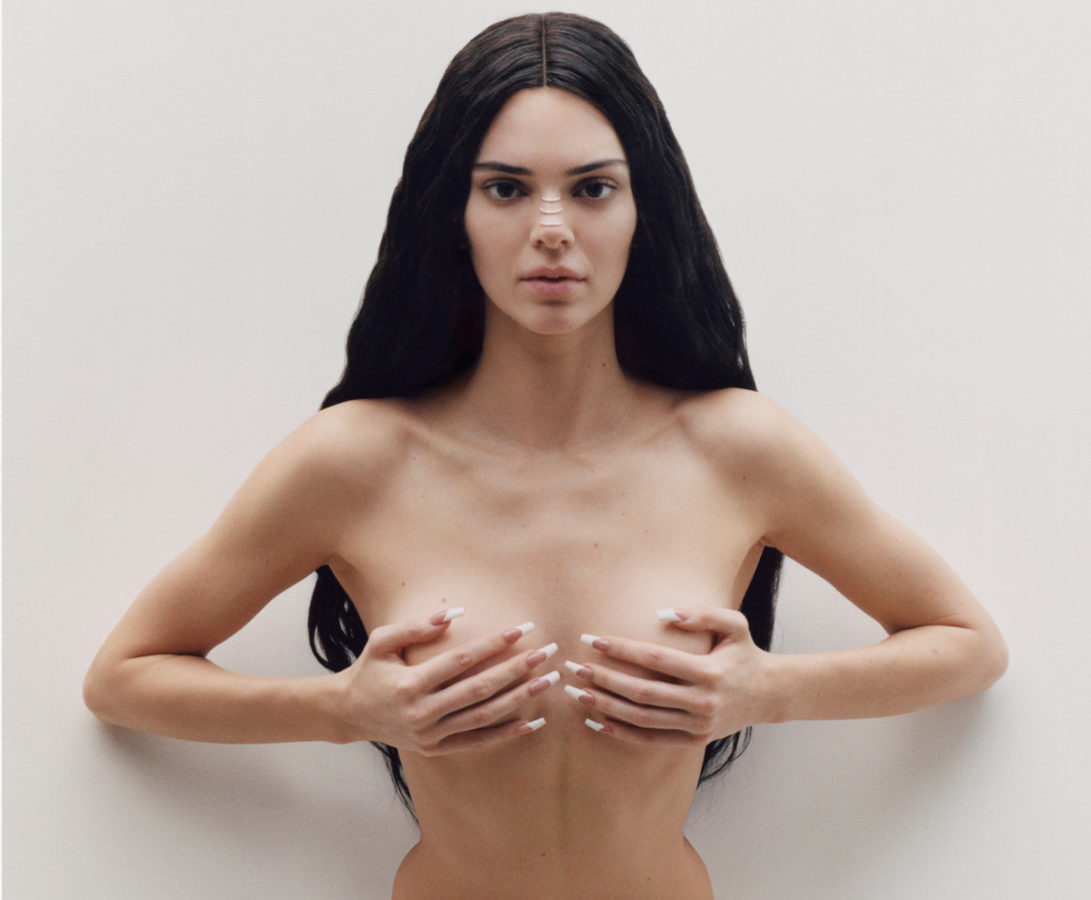 Kendall Jenner is a “Trophy Wife” for Maurizio Cattelan

The recent cover of Garage Magazine seems to make front-page news more than the news itself.  The work through the collab of the famed Italian artist Maurizio Cattelan, and the British-Ghanaian fashion photographer Campbell Addy, is simply beyond imagination.

Cattelan notably revisited his 2003 sculpture “Stephanie,” in which supermodel Stephanie Seymour posed as a ship’s figurehead. The lifelike statue has now been revamped by Andy with the help of model Kendall Jenner, who seems to emerge from a white wall as she covers her bare breasts with her hands. Cattelan’s provocative sculpture, which he often referred to as “Trophy Wife,” made headlines in 2010 when it fetched more than $2.4 million during Phillips’ Carte Blanche auction.

Andy and Jenner also reinterpreted several other artworks by Cattelan, including the $120,000 duct-taped banana that propelled the Italian provocateur to viral notoriety during Art Basel Miami Beach 2019. At the time, Cattelan duct-taped a banana sourced from a local Miami supermarket to the wall of the booth of the Perrotin gallery.

The work, titled “Comedian,” was later removed from the fair after drawing unsafe hordes of onlookers, who would flock to see, and take selfies with, Instagram’s favorite banana art. The infamous banana has been replaced by Addy in Garage’s latest “Unhinged” issue, with the fashion photographer striking the pose while he is duct-taped to a wall.

“In retrospect, the banana episode seems like a way to think about everything from fake news to viral fame to institutional distrust to wealth inequality. In the way that Jeff Koons was the artist of the glittery neon aughts, Maurizio Cattelan is the artist of our dystopian era. Like it or not,” Garage editor-in-chief, Mark Guiducci, said in a statement.

In addition to collaborating with Garage, Cattelan recently teamed with Marian Goodman Gallery for limited-edition porcelain LED light bulb-shaped in his likeness.

Currently on sale for €800, the humorous object is accompanied by a signed and numbered certificate from the Italian artist and available in either 110 (US) or 220 (EU) voltage.

Art Fashion Kendall Jenner Maurizio Cattelan
You might also like ...
Style
Weekend Muse: Coronavirus vs. the fashion industry
Style
The quintessential guide to moon phase watches, possibly the dreamiest timepieces of them all
Style
Coach and BAPE join forces for a stellar new clothing and accessories collection
Food & Drink
The 16 best sandwiches in Bangkok, hands down
Staff Writer
Style