Home > Culture > Art & Design > How has the pandemic affected the global art scene? 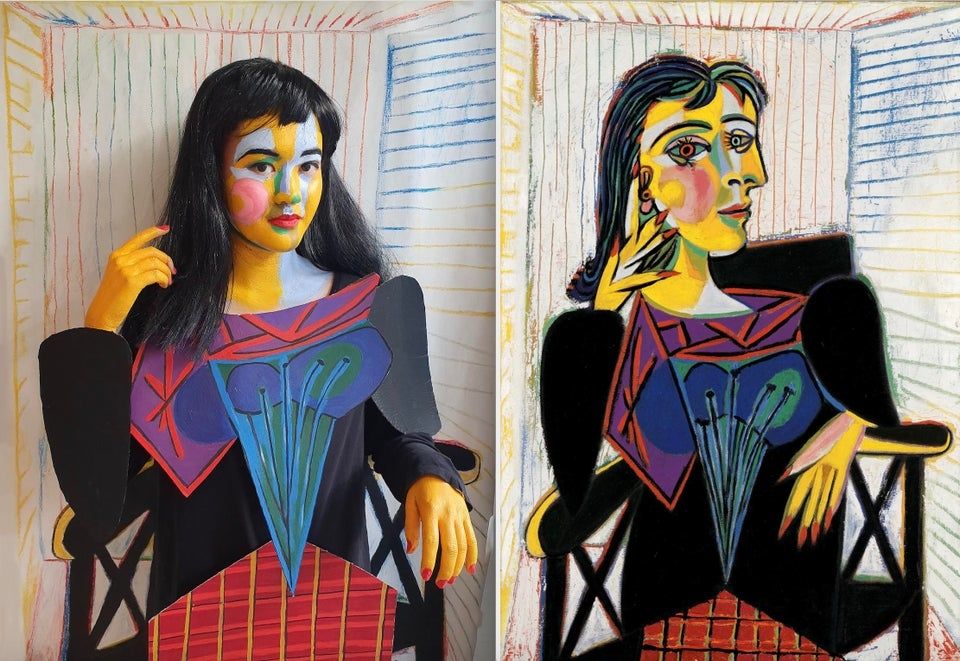 Culture
How has the pandemic affected the global art scene?
Share this article
Next article

Even though museums are closed at the moment, this doesn’t mean that culture has come to a halt. Faced with the pandemic, and in the absence of visitors, museums and cultural institutions have turned to technology to reinvent their roles and missions digitally.

Strolling alone through the Paris Louvre’s Richelieu wing, without the crowds of tourists and school trips, was a dream that was previously out of reach for most of us … unless you happen to be Beyoncé. But what was previously the reserve of a privileged few became a new kind of reality during the covid-19 pandemic. Feeling the heat from long months of closure, museums the world over turned massively to digital resources to maintain a link with art fans during periods of lockdown. Out went the waiting lines and crowds in front of must-see masterpieces like the Mona Lisa, as curators were forced to rethink the museum experience to enable individuals to enjoy it in their homes. It was a bold gamble for a sector in which social interaction is essential.

Virtual tours: towards a pay-per-visit model?

And it paid off. In fact, according to Google’s “Year in Search 2020” report, the phrase “virtual museum tours” was one of the most poplar searches this year, especially following spring’s lockdowns. From the Guggenheim Museum Bilbao and the Rijksmuseum in Amsterdam, to the Zachęta National Gallery of Art in Warsaw and Museu de Arte de São Paulo, museums showed endless creativity in allowing virtual visitors to get their culture fix in just a few clicks. While most offer 360° virtual tours for a fully immersive experience, others take curious web users to places the public usually don’t get to see. Maybe you always wondered what was hiding in museum reserves, for example. At the Guimet Museum of Asian arts in Paris, president Sophie Makariou takes curious visitors behind the scenes in a series of “Guimet Underground” videos, filmed in the French museum’s basements.

And while zooming in on an artwork will never evoke the same kind of emotion as contemplating it in a museum, these digital initiatives are an essential means of revitalizing a sector suffering from the drop-off in tourism and strict covid restrictions. According to a study from the International Council of Museums (ICOM), more than one in ten museums may be forced to close permanently due to the covid-19 pandemic. Those in Asia, Africa and the US may be particularly at risk, as the majority of them have private status.

In anticipation of lean years to come, some museums plan to start charging for the kind of virtual tours that they have previously been offering for free. The Design Museum, London, is trying out the idea with its “Electronic: From Kraftwerk to The Chemical Brothers” exhibition. For the price of GB£7, art fans can explore the history of electronic music through some 400 objects, plus interviews with Kevin Saunderson, Juan Atkins, and the late ‘Godfather of House Music,’ Frankie Knuckles.

But are visitors under lockdown ready to pay for this kind of virtual experience when Google Arts and Culture offers hundreds of them free of charge? The French entrepreneur and patron Frédéric Jousset certainly hopes so: “The three pillars — events, sponsorship and ticketing — are not enough,” he explained at a recent virtual symposium on the future of museums, organized by the Louvre Abu Dhabi and New York University Abu Dhabi. For him, the challenge is now to create new sources of revenue, and this may rely on a paradigm shift: moving from an approach centered around artworks to an approach centered around users.

Creativity and engagement on social media

What better place to redefine the museum experience than on social media, where culture vultures came together during lockdown to keep art alive in new and different ways. Their experimenting led to the famous Getty Challenge, which is mentioned in over 65,000 Instagram posts. The idea was simple: participants had to recreate famous artworks with the objects and people immediately available. And the results are well worth a look. Who would have thought that you could recreate “The Cholmondeley Ladies” with a few pieces of fabric and a dog? As well as being fun, this challenge also drew thousands of art fans to the website of LA’s Getty Museum to find artworks to reproduce for their latest real-life still-life. The best creations have even been compiled into a book, “Off the Walls: Inspired Re-Creations of Iconic Artworks,” with proceeds benefiting Artist Relief, an emergency funding initiative for artists in the US.

While the Getty Challenge was originally thought up by three Dutch friends, museums now don’t hesitate to use social media to reach out to highly connected audiences. After losing one fifth of visitors this year, the Palace of Versailles in France plans to draw in new ones by means of its new account on the TikTok application. And the institution hasn’t done things by halves, with a drone-filmed video of sunset over the Trianon estate, a fast-motion visit of the Palace set to a funky soundtrack, and more. The institution makes use of the social network’s codes to modernize its image for a younger audience. “We have lots of families, but we also want teenagers to be able to come visit the Palace [just] with each other. And not only when they’re dragged there by their parents or teachers. We hope that they’ll think ‘why don’t we go to Versailles this weekend to chill in the park or visit an exhibition?'” explains Paul Chaine, head of digital development at the Palace of Versailles.

The draw of TikTok

Although many museums and cultural institutions have similar ambitions of achieving newfound popularity on social media, few of them have been brave enough to join TikTok. For the moment, only France’s national military museum, the Musée de l’Armée, plus the Rijksmuseum, the Prado and the Uffizi Gallery have taken the plunge, drawing on their collections to make humorous posts and encouraging art fans to do the same. A host more institutions are expected to make the move in 2021. “Getting on TikTok lets us offer a creative platform to our visitors. Lots of people go to the Palace of Versailles to discover the things there, but also to create content. TikTok is a platform which, like Instagram, is relatively well suited to this aspect of the visitor-creator. Our digital strategy seeks to bring the past to life in the present and our visitors can help us do that by taking over the Palace,” adds Thomas Garnier, the institution’s community manager. Whether with Instagram, TikTok or recreated artworks, in 2021, social media could hold the key to the salvation and the reinvention of museums as we know them.

Art Museums digital
You might also like ...
Style
Best Dressed in Bangkok: the Christmas edition
Culture
Netflix aims to present its series and films in podcast form
Living
Why philanthropy is the sexiest thing you can do in 2021
Food & Drink
Bangkok’s 16 best new standalone restaurants in 2020
Staff Writer
Art
Sign up for our newsletters to have the latest stories delivered straight to your inbox every week.