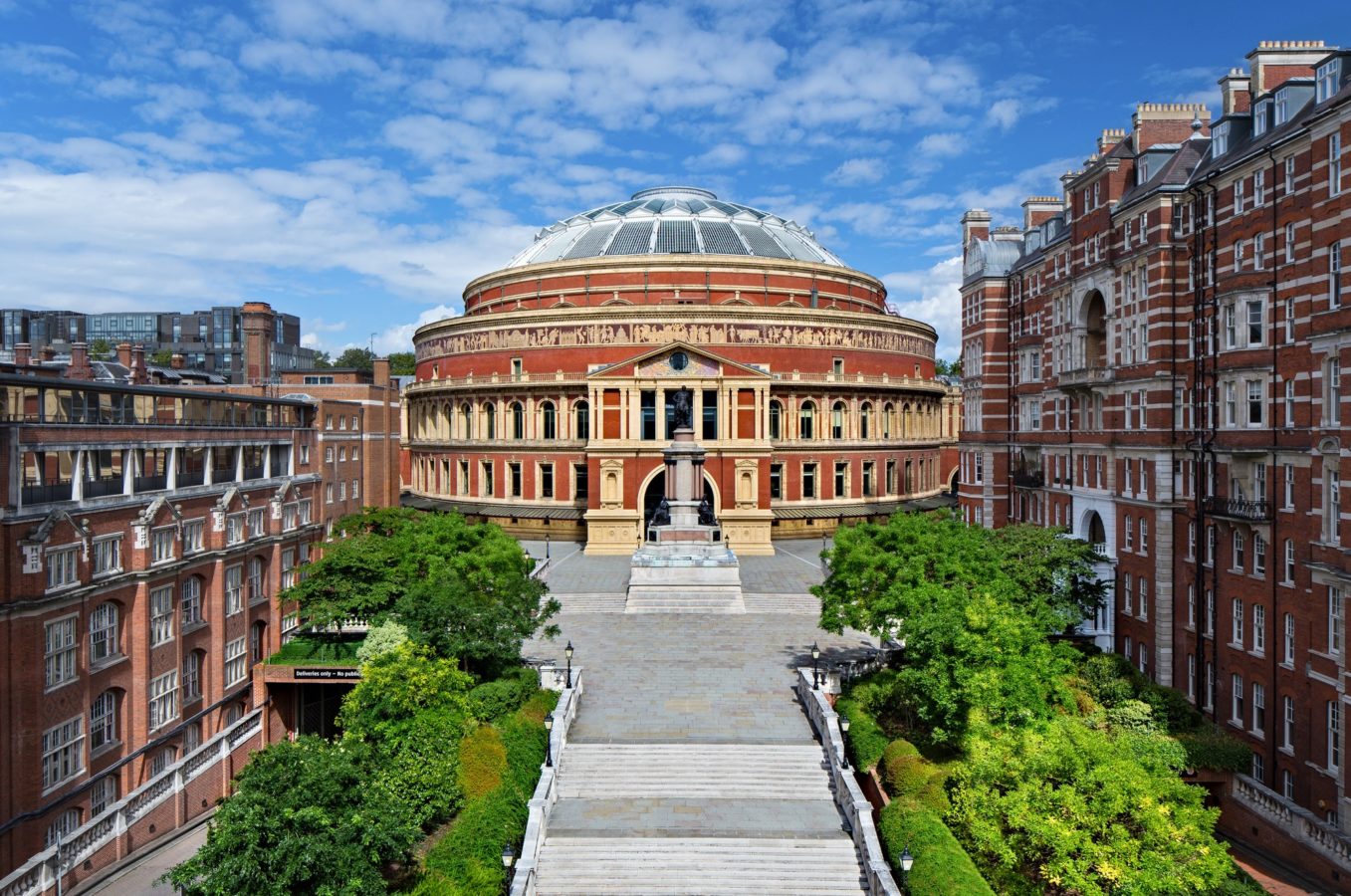 Here’s a (virtual) window for you to experience British entertainment from the comfort of your sofa.

Whilst the British cultural institution will remain closed until May 18 due to an increasing level of COVID-19 cases, the Royal Albert Home has something special in store for us.

“We’ve been here for the nation for almost 150 years in good times and bad. We exist to be open, to entertain, to inspire. Our doors are made to be open to the world and so it goes against everything in our nature to close them. But these aren’t normal times and we find ourselves in the unique situation where closing our doors is the best way to look after the world,” Royal Albert Hall said in a statement at the time.

The historic venue has now announced a new livestream series to offer “a (virtual) window for you to experience some of the most talented artists around,” mimicking initiatives taken by British cultural institutions like the National Theatre and Shakespeare’s Globe

“Royal Albert Home” will launch this Thursday, April 9 at 8:15 pm BST with a special performance by Rufus Wainwright from his home in Laurel Canyon, Los Angeles.

“I will try to be your ‘Gay Messiah’ in these difficult times, serve you some ‘Cigarettes and Chocolate Milk,’ give you hopefully a ‘Peaceful Afternoon,’ maybe pray a little ‘Agnus Dei,’ hold you virtually ‘In My Arms,’ take you to ‘Sanssouci’ in your mind, show you some ‘Pretty Things’ and make your ‘Alone Time’ uplifting, funny, hilarious, beautiful and bearable,” the American-Canadian singer-songwriter teased in a statement.

In addition to taking fans through his “repertoire and life,” Wainwright will perform material from his upcoming tenth studio album, “Unfollow the Rules,” whose release has been postponed to July 10.

I hope everyone is doing well in these difficult and very existential times. After a lot of thought and discussion, I am sorry to inform you all that the release date for my upcoming album "Unfollow the Rules" is being postponed to July 10th. We are living in uncertain times at the moment. The CD's and Vinyl LP's of my new album "Unfollow the Rules" are stuck in the warehouse as they had to shut down to make way for all essential businesses being able to operate at full speed to support our fight against COVID-19. You know that I am an old school guy and for me the physical product is extremely important. I am incredibly proud of this album and the way I want you to experience it ideally is listening to it from front to back in the comfort of your living room, reading the lyrics, and looking at the booklet that I carefully designed. I view "Unfollow the Rules" as a bookend to my first album and as a summary of my entire oeuvre so far. I want you to experience it as it was originally intended before the virus changed our lives. I hope we take some lessons from what is happening at the moment with us into the future, to be better prepared, to decrease the speed with which we lead our lives and to increase the way we care for each other and the environment. We are all in this together! I cannot wait to share this album with you! I am sure that some of you are disappointed that it will not be on April 24th but I believe that this album is one of my finest and will be one that will stand the test of time. This is why I feel it deserves to land in your lap the way it was always conceived. I hope you will forgive me that it is just a few months later than planned, but what are a few months compared to eternity? I would neither do the music just, nor everyone who worked so hard on this and nor ultimately you. Nonetheless you will get a lot of new Rufus in the days and weeks to come. I will continue my daily #roberecitals (aka #musicaleverydays #quarantunes) on Instagram, we are going to release a new single from the album on the 24th of April and there are some other really exciting new ideas that we are working on diligently. Stay tuned for a lot more!
Pre-order now!