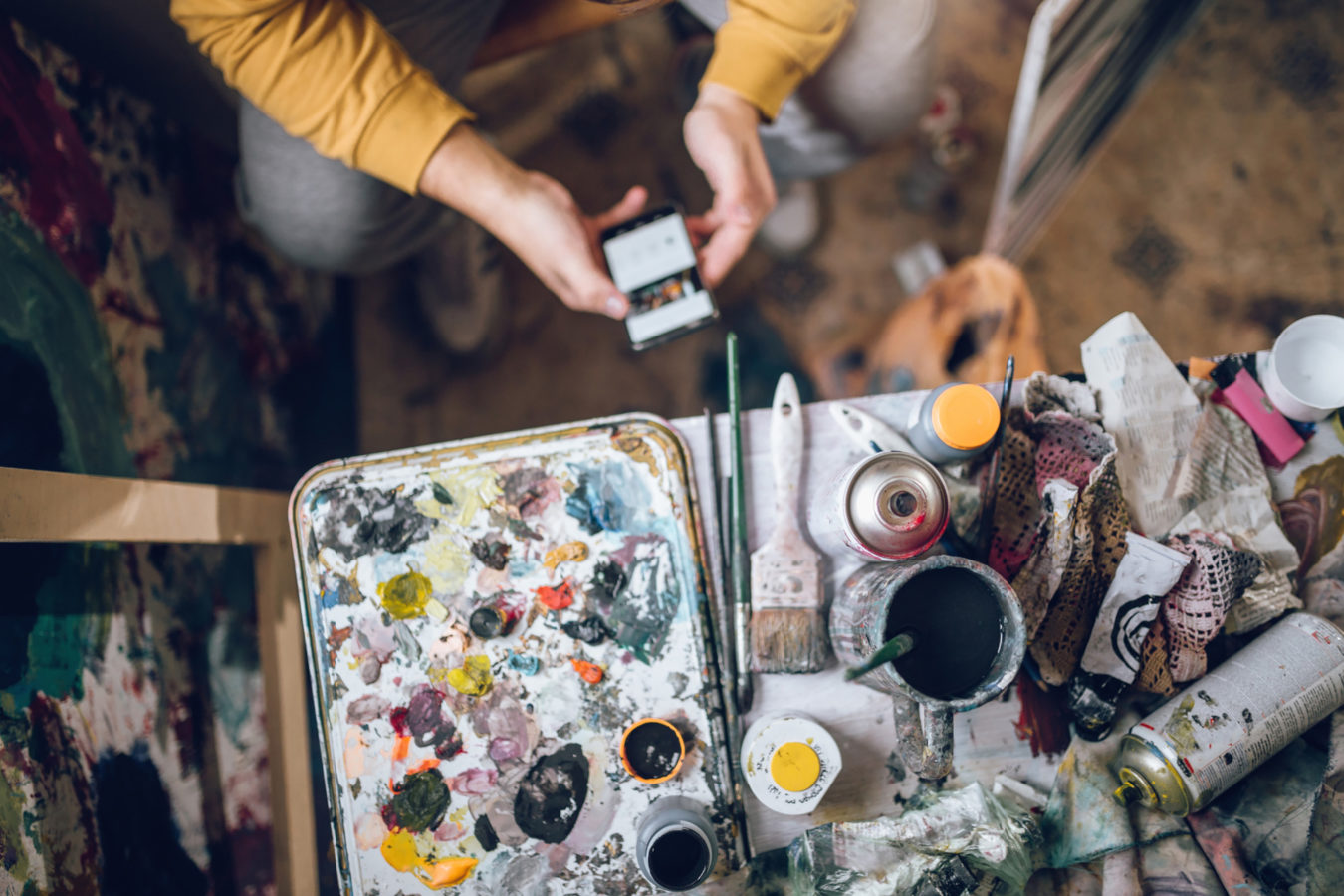 In times of a pandemic, selling artwork whilst fairs are cancelled and galleries are empty can be a bit of a tough task.

This question, which is mainly posed with regard to the ongoing pandemic, is forcing the pace of innovation in the art market. In a bid to sell their works, many artists have turned to social networks to enter into contact with collectors, who are increasingly likely to buy art online.

According to a recent survey by Swiss bank UBS and the organizers of Art Basel, a majority of art collectors (59%) report that the health crisis has increased their interest in collecting. This trend was even more pronounced among millennials, who are less likely than their elders to baulk at the idea of spending large sums online.

Encouraged by this development, many artists are now seeking to promote and sell their works on social networks, and particularly on Instagram.

A notable case in point is the British artist Matthew Burrows, who, in March of this year, launched the  #ArtistSupportPledge initiative to encourage his peers to participate in a collaborative ecosystem.

The idea of the Burrows initiative is quite simple. Artists post images of works they are willing to sell for no more than 200 pounds (around 255 dollars) on Instagram. If or when they make 1000 pounds in sales via the scheme, they commit to buying work by another participating artist.

This virtuous circle has proved to be very successful, according to Matthew Burrows, who told The Art Newspaper that the initiative had generated close to 60 million pounds (77 million dollars) with online sales of 371,000 works.

While some artists are currently turning to social networks in response to the health crisis, others are already well-established on Instagram, where they have a loyal following of customers.

Last year, British painter Sophie Tea claimed to have earned a million pounds with a series of coloured nudes sold exclusively on Instagram.

The same is true of Australian artist CJ Hendry, whose ultra-realist drawings are viewed by 524,000 followers including Kanye West. The American rapper himself reportedly bought a drawing in which his face appears on a 100-dollar bill for an undisclosed sum.

“In the past, artists had to wait for a gallery to do your show and people couldn’t just see your work. They had to come to the exhibition when the gallery allowed it to happen. Now you can show people whatever you want at any time you wish,” explained Hendry to CNN.

In response to the boom in online art sales, galleries and auction houses are taking steps to reach out to collectors on the internet.

According to a recent Artnet News study, Christie’s, Sotheby’s and Phillips have organized more than 130 online auctions in the last six months, twice as many as they did in the same period last year, and these have generated sales of 190 million dollars.

“There were more collectors who bid this season without seeing the work in a person who had said they would never do that than I would have ever expected,” points out David Galperin, a Sotheby’s contemporary art specialist.

A similar surge in internet revenues has been reported by art galleries like Gagosian, David Zwirner and Hauser & Wirth, which have succeeded in organizing six-figure sales online in spite of the pandemic.

When the Jeff Koons sculpture, “Balloon Venus Lespugue (Red),” was snapped up for the sum of eight million dollars last June, it became the most expensive work ever to be sold online by David Zwirner.

It is safe to assume that with record prices like these, galleries and auction houses will remain keen to develop their presence and revenues on the internet.

Art Artist Social Media
You might also like ...
Beauty & Grooming
4 makeup sticks that will just make your life so much easier
Style
Best Dressed in Bangkok: Spotted in Polka Dots
Culture
What to do in Bangkok: 1-15 October 2020
Culture
In case you missed it: our 10 most popular stories this September 2020
Staff Writer
Art