Deciphering the meaning of Wonderfruit with the festival’s co-founder

Fresh off the plane after a whirlwind, 17-hour stay in Dubai where he presided over the opening of Dusit International’s newest property, Siradej “Champ” Donavanik, who oversees new hotel development for the group, spoke with Lifestyle Asia about another project he’s very passionate about: Wonderfruit. The festival is Thailand’s pioneering “globally conscious, cross-cultural, live celebration of art, music and life”, founded by Pranitan Phornprapha, Thai musician Montonn Jira and Donavanik.

He explains how the idea came about to organise such a forward-thinking festival in Thailand: Taking trips together, the trio of friends would frequent festivals like the Secret Garden Party, an annual independent arts and music event in the UK.

“It opened our eyes because we realized that a festival doesn’t have to be all about music,” Champ says. “It can be about something else as well, with a lot of arts and culinary activities — all the ingredients to create an integrated lifestyle experience,” he adds, speaking about what has quickly become Thailand’s most popular destination festival. 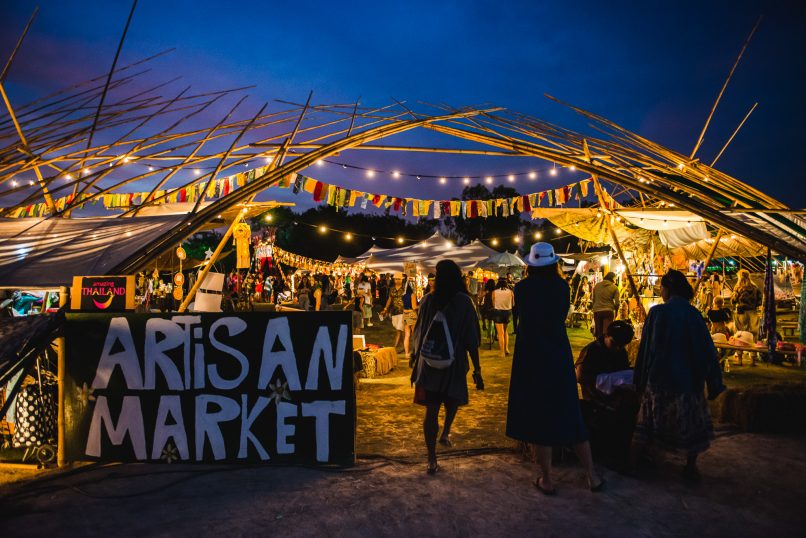 February 16–19 marks the third time the festival will be held at The Fields at Siam Country Club in Chonburi, a 90-minute drive from Bangkok. It’s a large-scale production involving year-long planning and weeks of setup. Prior to the start of festivities, the grounds are a beehive of activity with local and international volunteers, students from architectural schools and production teams busily transforming the fields into an experiential playground.

One of this year’s highlights is the Solar Stage, the highest elevation point of The Fields, and an ideal vantage point from which to enjoy sunrises and the beautiful scenery beyond. Built by the legendary Gregg Fleishman, who’s known for his creations at Burning Man, the Solar Stage will host performances by Eric Volta, Sabo and YokoO, and sunrise yoga with Liv Lo and Rosemary, while sunset performances will include Wolf + Lamb, Norman Jay MBE, KMLN, Marc Antona and Akimbo, among many others.

Besides some 60+ music acts from all over the globe, revellers can expect stunning art installations and dazzling theatrical performances; exquisite gastronomic delights by famous chefs like Gaggan from Bangkok, and Peruvian chef Daniel Chavez of Ola in Singapore; talks & workshops; wellness & adventure offerings; plus an array of interactive activities for the whole family.

“The content we create is really unique,” Champ explains. “We wanted to make something which is Thai-born and -bred with its own identity, which is why we collaborate with a lot of local artists.”

Frequented by visitors from as far afield as the US, the UK and Europe, as well as from around Asia, this year’s ticket sales have already surpassed last year’s total attendance. This year, the festival is expected to attract well over 10,000 “wonderers”.

Champ is not averse to getting his hands dirty, spending two weeks setting up camp in the build-up to the festival. Anyone with a festival pass can pitch their tent on the grounds, which have full camping facilities including showers and charging points for devices. Those less willing to rough it can opt to stay at a nearby hotel or, better yet, splash out and go “glamping” in a luxury tent equipped with amenities like a comfortable mattress, pillows and towels. An integral part of the festival’s philosophy is the idea of sustainability. Most materials used to build the stages, installations and other structures are recycled or reclaimed, and no plastic is allowed on site. Some installations have been at the grounds since Wonderfruit’s inception in 2014 and once the festival is over, greenery is planted on top of the structures, which over time grow into living architecture. New this year is the Farm Stage, an elaborate structure designed by PO-D Architect and Thor Kaichon Studio. It was constructed out of bamboo and embellished with bundles of organic rice that will be returned to the local farming community after the festival.

“It cements our belief of leaving no trace behind,” Champ says. “We believe that Thailand needs something like this. There’s so much excessiveness and wastefulness in the world. People are not really mindful of how they party, or how they go about living their lives.” Coming from the hospitality industry, he’s witnessed the rise of irresponsible tourism, citing full moon parties as an example where once the fun is over, much plastic and garbage is left behind. 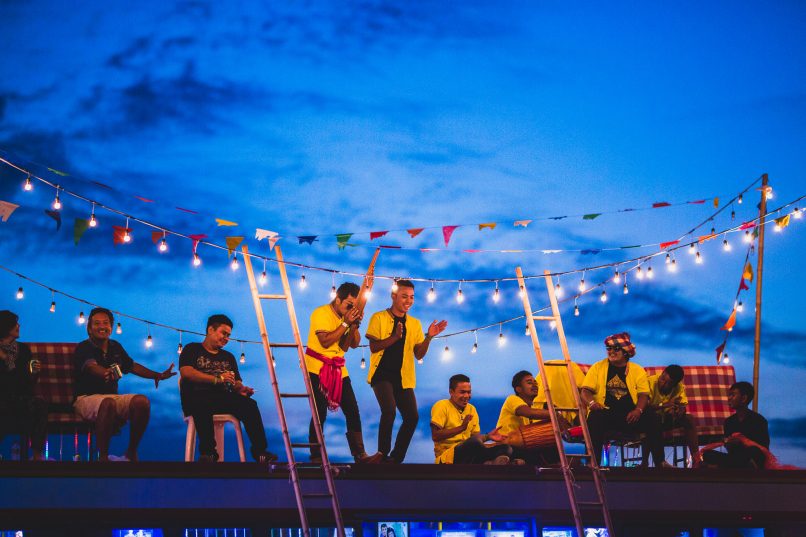 “That’s why we’d like to promote sustainability — to show people that there’s a different, more responsible way possible, which is quite a new concept in this part of the world.”

Champ hopes the experience will ignite in people a desire to live their lives more sustainably and meaningfully. “We’d like to plant the seed — a ‘magical’ seed — and hope it will encourage them to start taking action. That’s why we’ve called it ‘Wonderfruit’”.

Culture Festivals Pattaya Wonderfruit Festival Arts & Culture Wonderfruit 2017 Chonburi
Ellen Boonstra
Sign up for our newsletters to have the latest stories delivered straight to your inbox every week.

Spraycation: Art exhibitions to explore in Bangkok this July