Home > Culture > The best places to celebrate Halloween 2019 in Bangkok 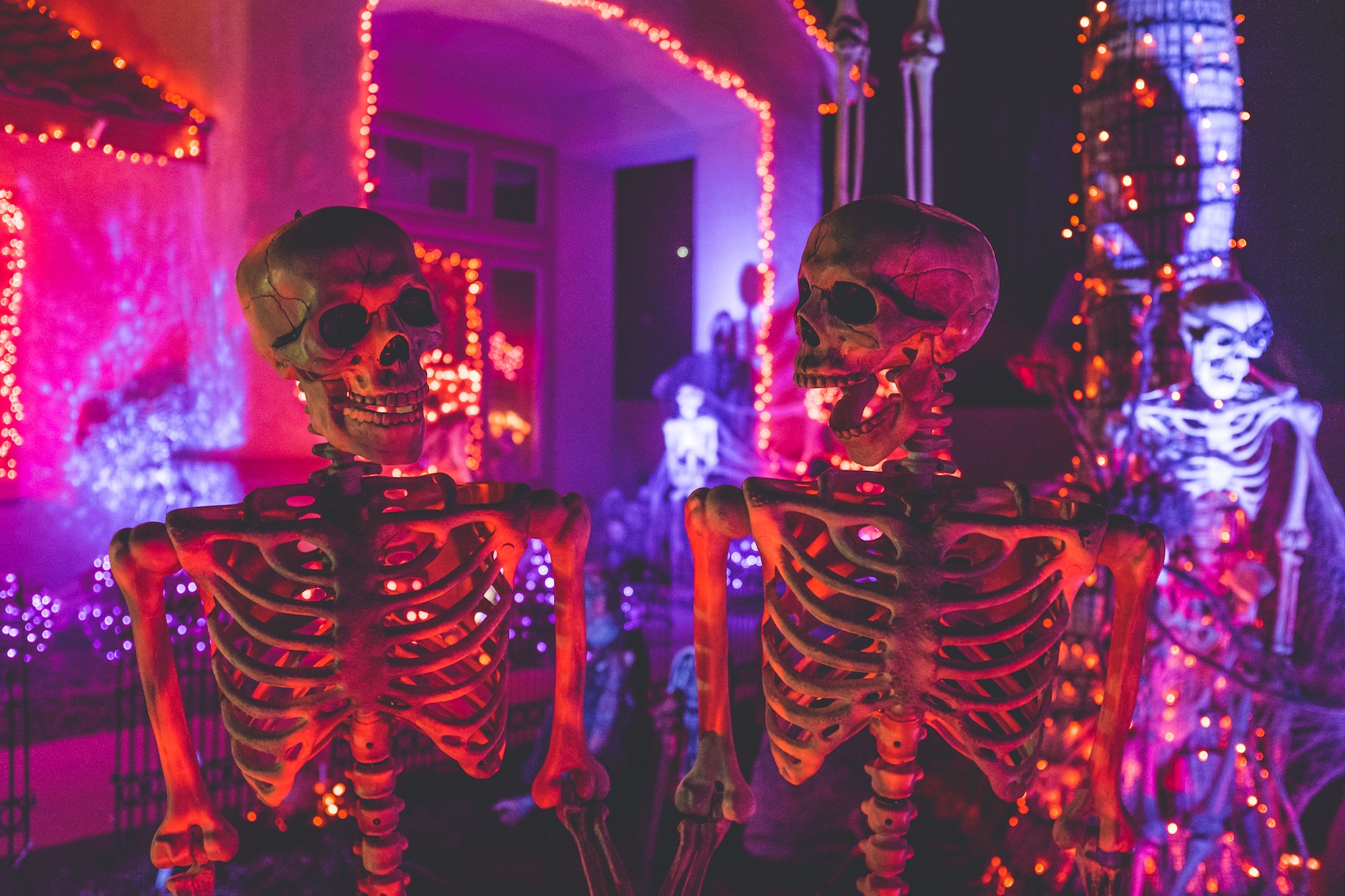 The best places to celebrate Halloween 2019 in Bangkok

October — nay, Spooktober — is bringing some ghoulishly good times for Bangkokians to celebrate this dark-fest in full swing.

Creepy puns aside, whilst we may not see the traditional pumpkin carving or trick-or-treating here much, the city is brimming with spooky parties and wicked beats to celebrate Halloween 2019 in the city. Whether you top-off your guise with a half skull face or you prefer the creepy clown look, we put together some of the best Halloween parties and activities in Bangkok. From sipping some sneaky spine-chilling cocktails to old school classic horror movie screenings, there is something for everyone this season. Stop in for a spell here and scroll down to read more.

Get your broomsticks out Bangkokians because this year you’ll be in company of some bad witches. W Bangkok is hosting a horror show at Woobar under a witches theme, where Pangina Heals, Thailand’s most exceptional drag queen, will be performing with her bad witches along with special guest Mocha Diva from Hong Kong. Be sure to be dressed in your most spooktacular witch attire because the best-dressed will win a prize. Early bird tickets are THB 300 including a complimentary drink.

Ready for a game of wizard? Celebrate a wicked night at Bangkok’s highest rooftop bar and restaurant, Mahanakhon Bangkok Sky Bar, under the theme of the most colossal Broadway musical of all time: The Wizard of Oz. Whisk away in this mysterious wonderland and be oh-so festive with your favourite party crew, the Bangkok Invaders. The party doesn’t start until 9pm so that gives you an excuse to gear up for your tricks and treats.

There is nothing we love more than a cool house party where we can kick back in stylish cosy. The homeliest sought-after hangout spot in the city, Siri House is hosting a Halloween party and we are all invited. Think clues, treasures, and high-spirited vibes. Along with a spooky scavenger hunt, sip some of their wild cocktails, and grab a seat at their scary movie marathon, featuring classic horror film screenings. Keep an eye out: you might just spot jack-o-lanterns, too.

Halloween Night Party “Be My Zombie with Polycat Concert”

If a zombie rock and roll is the kind of Halloween celebration you’ve been hoping for, then synthpop band Polycat’s concert at the Hard Rock Café Bangkok is your calling. Splurge with an intense Halloween makeup session by IMFA makeup academy, snap a picture, and share it on social media to participate in their costume contest while you’re at it, too. For the best night out, bring your zombie squad and opt for the combo set (THB 4,800) which includes drinks and snacks for a table of 4-6 people.

Sathorn’s Cuban-inspired bar is back this year with their “Dia de Muertos” styled Halloween party, and we already know, it’s going to be lit. Twist and turn to the exotic Latin rhythms by DJ DaddyRock and get yourself a refreshing Mexicana look for the night from the makeup artists. It’s bound to be a colourful, thrilling, and unforgettable night at Revolucion Cocktail. Also, guests arriving in drop-dead costumes will receive a free shot, so there’s also that.

The Witching Hour at Levels

Party-goers can head to the ultimate destination to have a ghoul of time at Sukhumvit 11’s Levels. Levels never seems to disappoint us, being a classic epitome of partying in Bangkok. Get ready for the thrills and chills as Levels invite us to a night filled with dark-spirited entertainment by live-singers VICE, elite dancers, and DJ ALPHA. Not to mention, the one in the best costume will win a 3L bottle of CIROC. You know the drill.

Road to Kolour In The Park: Halloween Edition

More of an outdoor music kind of person? Then the Halloween edition of “Road to Kolour in the Park” at Escape Bangkok is where you would want to spend your Saturday. After their successful stint last year, the event is back again, and this time it will be featuring a costume contest, body and face painting booth, alongside food and drink. Groove to your favourite electronic music from DJs spinning in some techno, throwing in some house to disco music.

Here’s a delighting jungle party for those who want to celebrate this dark-fest with a spectacular view. CHAR Rooftop Bar’s Halloween night will feature refreshments, freaky costume contests, and sips of sneaky classic concoctions.

Fancy celebrating a night with the naughty pirates? Whilst not quite Pirates of the Caribbean, Bangkokians can head over to the large metal ship cruising at Bangkok Island on the beloved Chao Phraya River to enjoy a dose of spookiness. The highlights? The bands Bomb at Track, He Men Crow, and Agamas, will be there along with DJs Wanton Witch and Benzee. Every handsome pirate and sneaky witch will be welcomed with a drink, too.

W Bangkok WOOBAR Levels Halloween Parties Chao Phraya River bangkok events Escape Bangkok culture events Mahanakhon Bangkok SkyBar Halloween 2019 Halloween parties in bangkok
Alisha Pawa
Writer
Alisha is a passionate dancer and is always creating her own choreographies. She is a fan of rom-com novels, a coffee-drinker who loves tea, and is always on-the-go for her midnight chocolate cravings. She hopes to tick-off her never-ending bucket list one day by hosting her own travel show.
Beauty Fashion Arts and Culture Travel