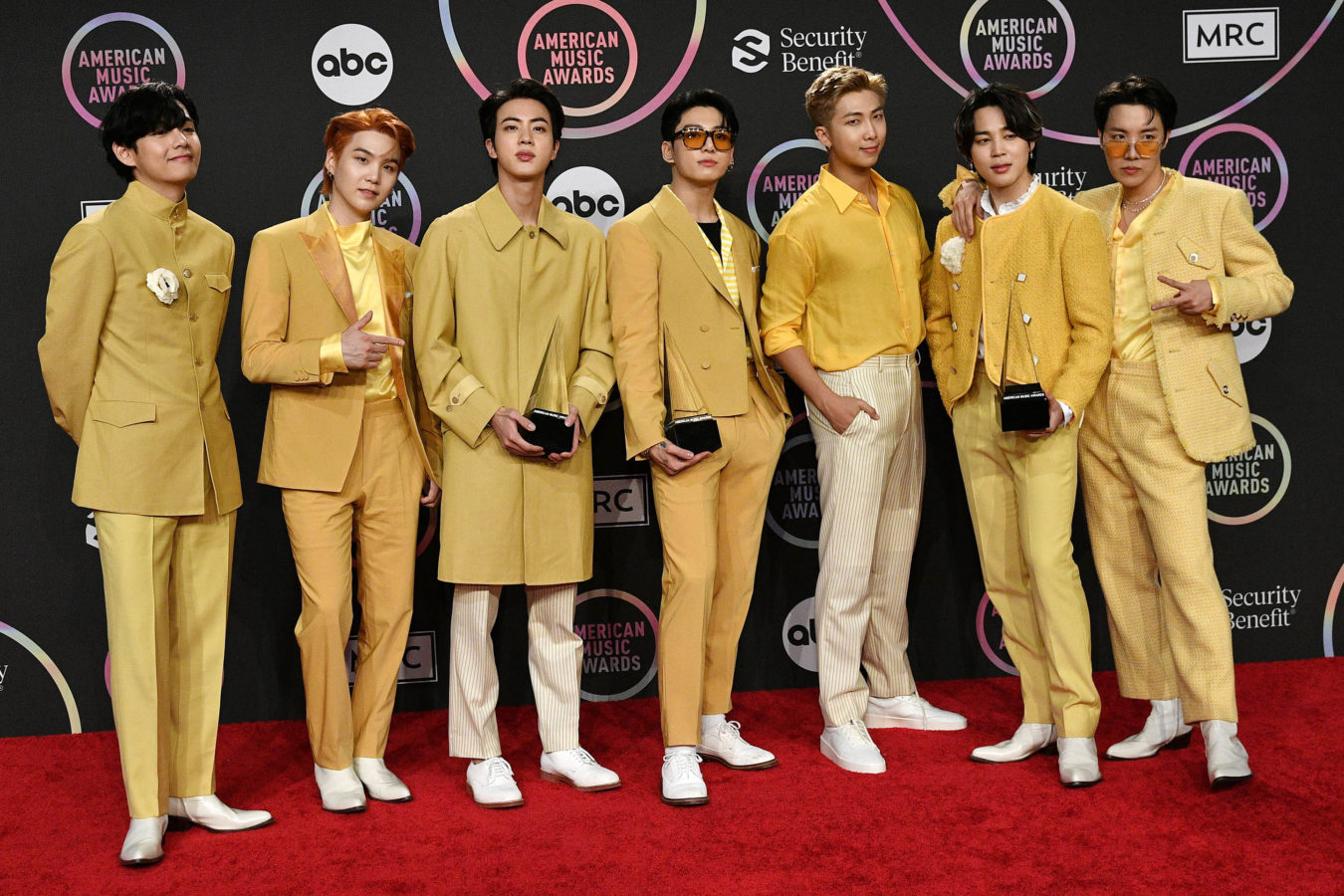 We kind of saw this coming, but we’re stoked nonetheless. K-pop sensation BTS have made history, and become the first Asian group to win Artist of the Year at the American Music Awards (AMAs).

The septet also scooped awards for Favorite Pop Duo or Group and Favorite Pop Song for their hit “Butter” at the glitzy Los Angeles ceremony hosted by Cardi B.

South Korea’s biggest band, who now have nine AMAs, joined British rockers Coldplay for the world television premiere performance of “My Universe” at the star-studded show, and tweeted a picture of the groups together.

BTS’s Twitter feed later paid tribute to their fans, known as the “ARMY”.

The trailblazing stars cemented their place in US chart history last year when their hit single “Dynamite” entered the Billboard Hot 100 at number one, making them the first South Korean act to top the rankings.

The AMAs is the world’s largest fan-voted awards show.

Entertainment K-pop BTS
You might also like ...
Culture
BTS, Katy Perry, Dolly Parton to auction their Grammys 2021 outfits for charity
Culture
Meet Bang Si-hyuk, the man behind BTS and other K-Pop idols
Style
A closer look at the runway debut of BTS at the Louis Vuitton F/W 2021 men’s show
Culture
A sneak peek inside the new BTS museum in Seoul, Hybe Insight
Lifestyle Asia
Here's where you can read the latest news and stories from Lifestyle Asia and our sister titles PrestigeOnline and Augustman, curated from all of our editions in Hong Kong, Singapore, Kuala Lumpur, Bangkok and India.
Luxury