Home > Culture > Entertainment > This Just In: BTS are performing at the 2022 Grammy Awards 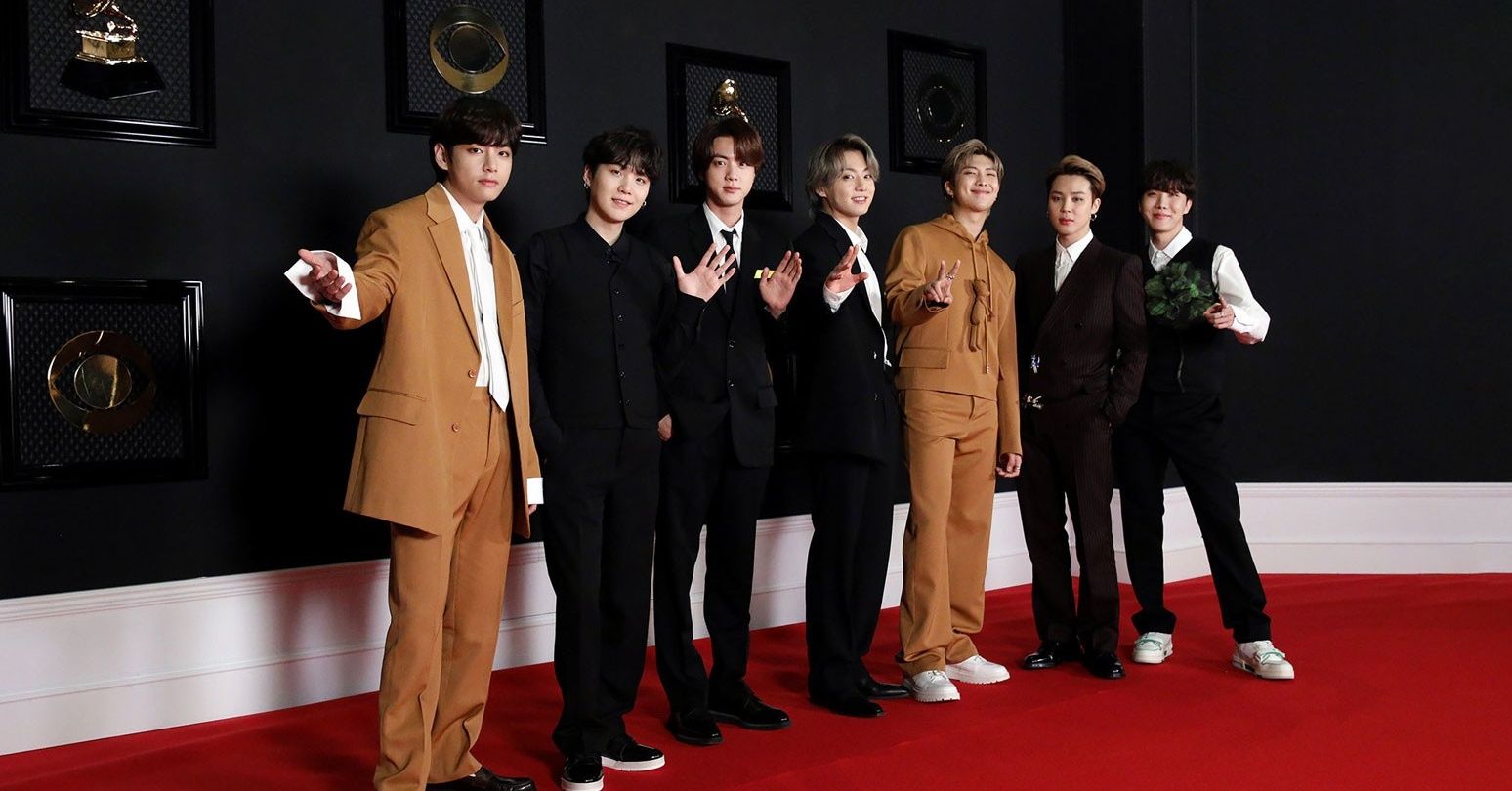 This Just In: BTS are performing at the 2022 Grammy Awards

Culture
This Just In: BTS are performing at the 2022 Grammy Awards
Share this article
Next article

On 15 March, the Recording Academy officially announced seven names, including South Korean K-pop band BTS, that would be performing at the upcoming 64th annual Grammy Awards.

BTS shared the news about their participation on their official instagram account with a video. The post read, “We will be performing at the #GRAMMYs April 3 on @CBS! See you on Music’s Biggest Night @RecordingAcad!”

Hosted by Trevor Noah, the Awards will be broadcast live from Las Vegas’ MSM Grand Arena on 3 April, at 8pm ET/5pm PT (5:30 am IST) on CBS. It will also be live-streamed on Paramount+.

A quick look at the Grammy nominations, including BTS

We will be performing at the #GRAMMYs April 3 on @CBS! See you on Music’s Biggest Night @RecordingAcad!#BTS #방탄소년단 pic.twitter.com/u5glcAtgtY

BTS has earned its second nomination in the Best Pop Duo/Group Performance for its hit song “Butter”. The first nod was in 2021, for their popular number “Dynamite” in the same category.

Brothers Osborne are also nominated twice for Best Country Duo/Group Performance (“Younger Me”) and Best Country Album (“Skeletons”). Even Jack Harlow is up for two awards for Montero in Best Melodic Rap Performance and Album of the Year.

Also, Lil Nax X and Olivia Rodrigo, who have been nominated multiple times before, are competing for Record of the Year and Album of the Year categories this year.

Seven-time Grammy winner and current nominee Billie Eilish has received the highest numer of nods for 2022 Grammy Awards, including Record of the Year and Album of the Year.

The delay in Grammys

The 64th annual Grammy Awards was going to take place on 31 January, 2022 but were postponed because of the ‘uncertainty surrounding the Omicron’ as stated by the Recording Academy. It cited the health and safety of a ‘live audience’ as a reason for the delay.

Grammy Awards Billie Eilish Trevor Noah BTS Brothers Osborne
You might also like ...
Culture
BTS Permission to Dance On Stage concert recap: Photos, fan reactions and more
Culture
BTS become the first Asian group to win Artist of the Year at the AMAs 2021
Culture
BTS, Katy Perry, Dolly Parton to auction their Grammys 2021 outfits for charity
Culture
Meet Bang Si-hyuk, the man behind BTS and other K-Pop idols
Moyena Parikh
Moyena loves exploring personal development and spirituality. She believes in the power of words. She is also passionate about food, dancing, finance, and her family.
Lifestyle Culture Entertainment Wellness
Sign up for our newsletters to have the latest stories delivered straight to your inbox every week.