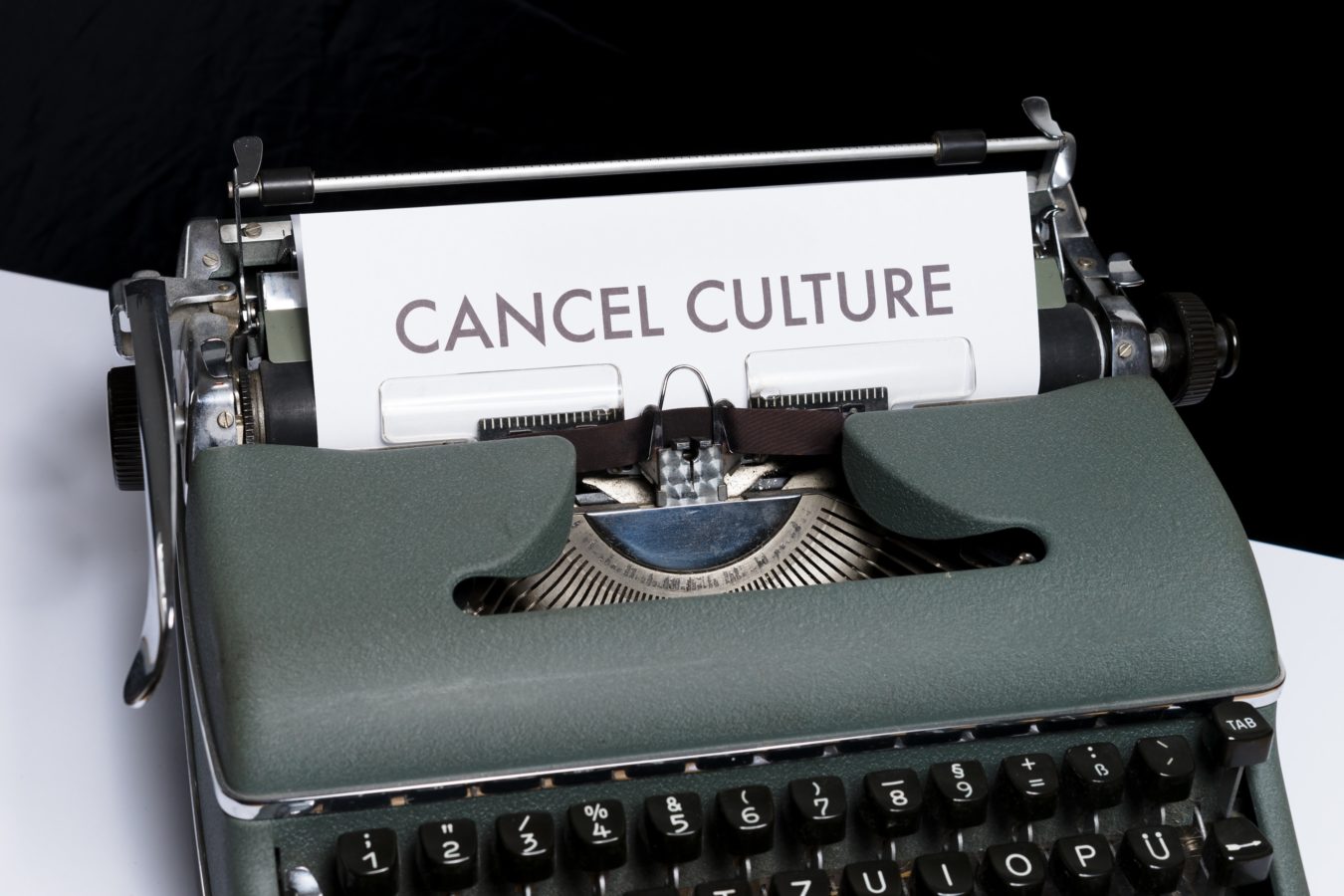 Why we need to put an end to “cancel culture”

Cancel culture is as aggressive as its name sounds — and it’s about time we ‘cancel’ it.

Critics denounce it as excessive and contributing to increased political polarisation. Whether it’s a controversial tweet or video clip, social media users are quick to demand accountability — but detractors say it can amount to online shaming.

“Cancel culture” involves a concerted effort to withdraw support for the figure or business that has said or done something objectionable until they either apologise or disappear from view.

Author JK Rowling, for comments deemed deeply insulting to transgender people; YouTuber Shane Dawson, for old videos of him in blackface; and singer Lana Del Rey, for a controversial Instagram post contrasting herself with black artists, have all been caught in the wave.

Brands are also being forced to react so as not to lose customers: for example, Uncle Ben’s and Aunt Jemima for their use of African-American mascots widely considered to be racist caricatures that have long been taboo.

Richard Ford, a law professor at California’s Stanford University agrees that “some of the social media activism is constructive and legitimate” but also warns of “reflexive campaigns and crusades” online.

“Activism on Twitter is easy: it takes a couple of seconds to attack someone or circulate a petition to have the person fired or ostracised,” said Ford.

The academic was one of roughly 150 personalities from the world of arts and sciences to sign a letter published on the Harper’s magazine website earlier this month that complained that cancel culture was restricting debate.

“We’re no longer in a cultural moment where people who are treated unfairly can’t speak back to regressive and toxic opinions,” said University of Michigan professor Lisa Nakamura.

“If a public figure wants to cancel transgender people, there is no reason in the world that they can’t be cancelled in return,” she added.

“Cancel culture” roared into the mainstream as part of the #MeToo movement in 2017, when many Hollywood A-listers were toppled by a wave of fury over accusations of sexual harassment and abuse with impunity.

Nakamura cites the example of Amy Cooper, a white woman filmed by a black man in Central Park in May when she told police he was threatening her and asked them to arrest him — for no legitimate reason.

The video, posted on Twitter, has been viewed some 45 million times amid widespread outrage, and Cooper was quickly fired as her company tried to distance itself from the anger.

“‘Cancel culture’ is what happens when victims of racism and sexism stop keeping their perpetrators’ secrets,” said Nakamura.

The authors of the Harper’s letter warned that the radicalisation of “cancel culture” was constricting the “free exchange of information and ideas.”

Critics dismissed the letter as powerful people — several of whom had been cancelled themselves after using their platforms to express controversial or offensive opinions — complaining of backlash when people disagree with them.

Ford, at Stanford, says social media “encourages provocations and expressions of outrage and is almost completely incapable of conveying nuance.”

“Sometimes the goal is simply emotional satisfaction at taking someone down,” said Ford.

Hampton, from Michigan State, says “guilt and social shaming don’t really change opinions very successfully,” adding that that part of the movement is likely to increase the polarisation of American society.

Ford says it is President Donald Trump who fuelled “cancel culture” by attacking individuals and groups he wanted to discredit — such as the Black Lives Matter movement.

“Trump’s intolerance and bigotry has inspired similar behaviour from his followers on the right, and that has in turn provoked a counter-reaction from progressives,” said Ford.

Nakamura believes the phenomenon can be problematic when it divides a social movement or “targets people inaccurately” but says, ultimately, it’s “an important force for change.”

“The Black Lives Matter movement would have looked very different were it not for the documentation of everyday racism in Walmarts, on jogging and bike paths, and in other public spaces,” she concluded.

Entertainment Cancel Culture
You might also like ...
Culture
10 pandemic-themed tv shows and movies to watch because why not
Gear
6 lifestyle apps for the busy boss man or woman
Culture
The Oscars Academy pledges to support minority female actresses more
Culture
Watch these 8 shows to educate yourself on racism
Staff Writer
Culture

In case you missed it: our 10 most popular stories this September 2020

Amazon Music launches podcasts with hosts like DJ Khaled, Will Smith, and more

What’s always on the season? You guessed it righ