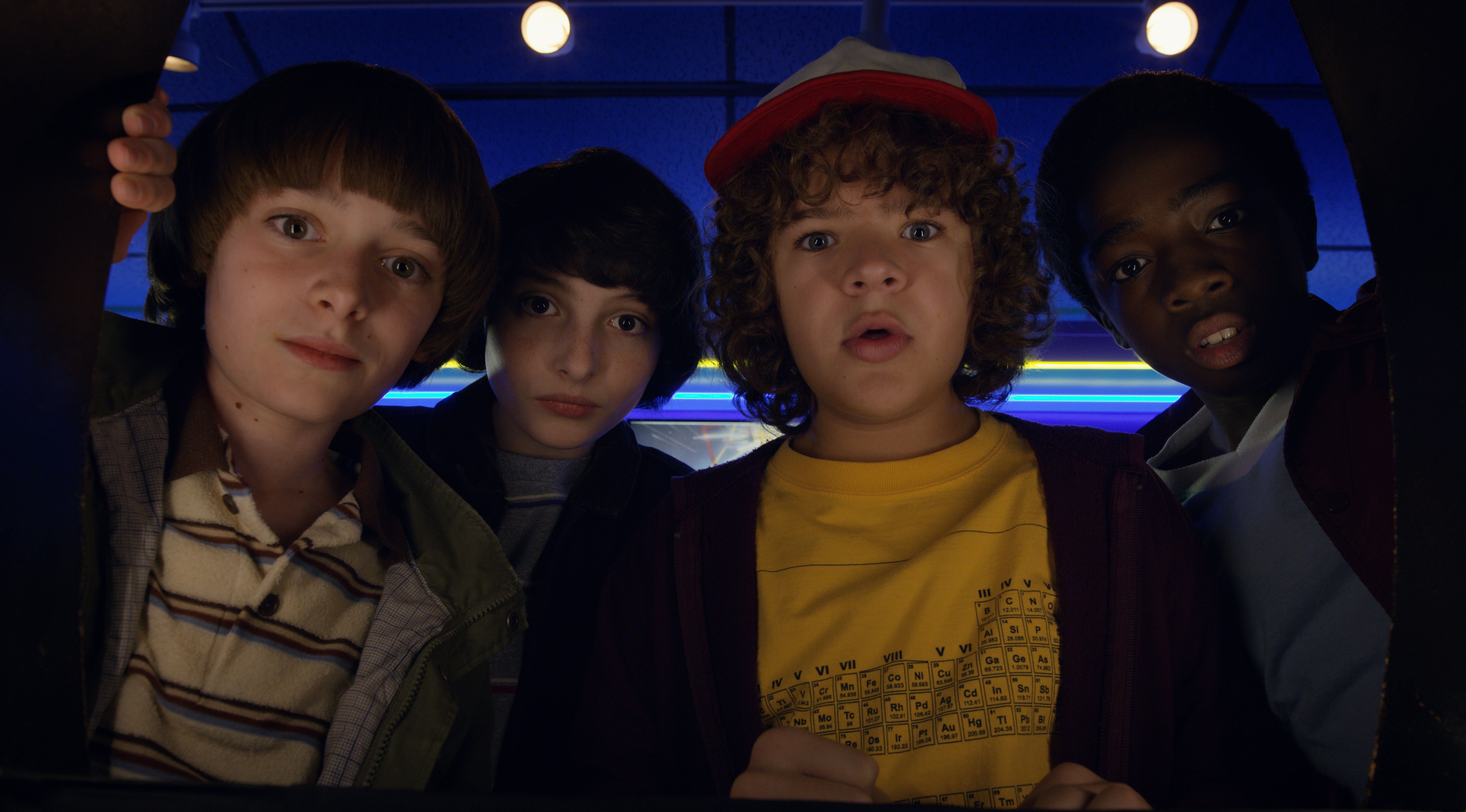 Catch up on these binge-worthy TV shows of 2017

But back then, there were only three-inch televisions that a group of people had to crowd around. And worse, it was in black and white. Today, the best television sets on display have more acronyms than we need to know, and are at least 20 times larger than those made a century ago. (Anyone fancy an OLED Ultra HD 4K TV with HDR capabilities?)

So it makes sense that content creators like HBO, Fox, Disney, and even Netflix are producing more TV shows than ever. And thanks to fan-favourites like Game of Thrones — with a massive budget of US$15 million per episode for its penultimate season — TV shows’ budgets are having a big moment too. With myriad options at the click of a remote or a tap of our screens, we’re always on the hunt for the next TV series to binge watch. And according to a report by Netflix, the number of binge racers (viewers who speed through an entire season within 24 hours of its release on the platform) grew exponentially from 200,000 in 2013, to 5 million in 2017.

So here, we’ve put together a list of the best binge-worthy TV shows that came out last year, but are absolutely worth catching up on. From sci-fi thrillers to period dramas, there’s one for every genre.

For the past seven years, the television show on everyone’s lips has been Game of Thrones. The HBO fantasy-drama is an adaptation of George R. R. Martin’s series of novels, A Song of Ice and Fire, although its penultimate season (the seventh) has already gone ahead of the books — no thanks to Martin’s infamously slow writing speed. But Martin or not, the show is capable of standing on its own two feet, with creators David Benioff and Daniel Weiss already knowing the coda of the plot. We can’t wait for the final season with more dragons, more battles, and more Emilia Clarke. In the meantime, you can tide yourself over with the past seven seasons.

The 1980s is an era showmakers are particularly fond of returning to, this time with the Netflix-produced comedy series Glow. Starring Alison Brie, Glow is a fictionalised version of the actual Gorgeous Ladies of Wrestling that aired in 1986 to promote female professional wrestlers, although the term “professional” is used loosely. Despite the comedic tropes that echo throughout the 10 episodes of the first (and so far, only) season, it harks to a greater message of female empowerment without it being in your face. It is a mix of neon lights, bright lycra, and infectious energetic moments that are anything but campy.

We love discussing the future of technology, so Black Mirror is a show close to our hearts. The British sci-fi series is made up of standalone episodes, so you can pick up in the middle of a “season” and not have to worry about what happened in the previous episode. Creator Charlie Brooker started Black Mirror to discuss and examine today’s society and the potential pitfalls of technology that we possess. Since its inception in 2011, there have been some concepts introduced in the show that became true in our real world. Be sure to check out the critically-acclaimed episode ‘San Junipero’ (which won two Emmys) that will leave you reeling in emotions aplenty.

Gangsters, booze, and a whole lot of crime. All these barely scrape the surface of the exploits of the Peaky Blinders gang in the British period drama of the same name. It is an epic tale set in Birmingham during the aftermath of World War I, that sees the Shelby family rise up from common street thugs to a Bentley-toting empire with one foot in the bureaucratic door. Don’t be distracted by Cillian Murphy, who plays the cunning boss Thomas Shelby – the show is chock full of twists and surprises amidst a script written so well you’d want to rewind the episode just to hear those zingers one more time.

Set in the small town of Hawkins, Indiana, the pop culture phenomenon aired its second season three months ago in October 2017. The retro mood of the Netflix original has drawn many fans around the world thanks to the nostalgia it evokes, the goosebumps-inducing soundtrack, and the ensemble cast that includes some of the most talented child actors in recent times. Expect this investigative drama helmed by the Duffer Brothers to include both the supernatural and ’80s references all in one.

Fresh off its win for Best Television Series – Drama at this year’s Golden Globes, The Handmaid’s Tale is an adaptation of Margaret Atwood’s 1985 dystopian novel of the same name. It envisions a future where human infertility rates are so low that the remaining fertile women, called Handmaids, are conscripted and subjected to a brutal rule by a totalitarian government. Elisabeth Moss takes centre stage here as Offred (she also scored a Golden Globe for Best Actress), a Handmaid at the subjugation of Commander Fred Waterford and his wife Serena Joy.

Period dramas are usually fictionalised, but not The Crown. The show tells the tale of our favourite monarch, Queen Elizabeth II, and her reign of the United Kingdom. It’s one of the most expensive drama series ever made, costing up to almost £100 million (S$180 million) to produce its first season of only 10 episodes. In the second season that premiered early December last year, the lens focuses on the period of the Suez crisis to the birth of Her Majesty’s youngest son, Prince Edward.

Television Game of Thrones Netflix HBO Stranger Things the crown hulu fox peaky blinders the handmaid's tale glow black mirror television shows binge watch
Josiah Neo
Writer
Josiah Neo is a tech writer who contributes occasionally to the fashion, travel, and culture beats. When he’s not busy keeping up with the keynotes, he’s probably stuffing his face with the best Melbournian donuts (at Shortstop, BTW) or watching his favourite esports team, the Los Angeles Valiant, pummel their opponents into oblivion.
Technology Travel Fashion Culture
Sign up for our newsletters to have the latest stories delivered straight to your inbox every week.