Home > Culture > Entertainment > Emmy Awards 2021: all the highlights from ‘The Crown’ to ‘Ted Lasso’ 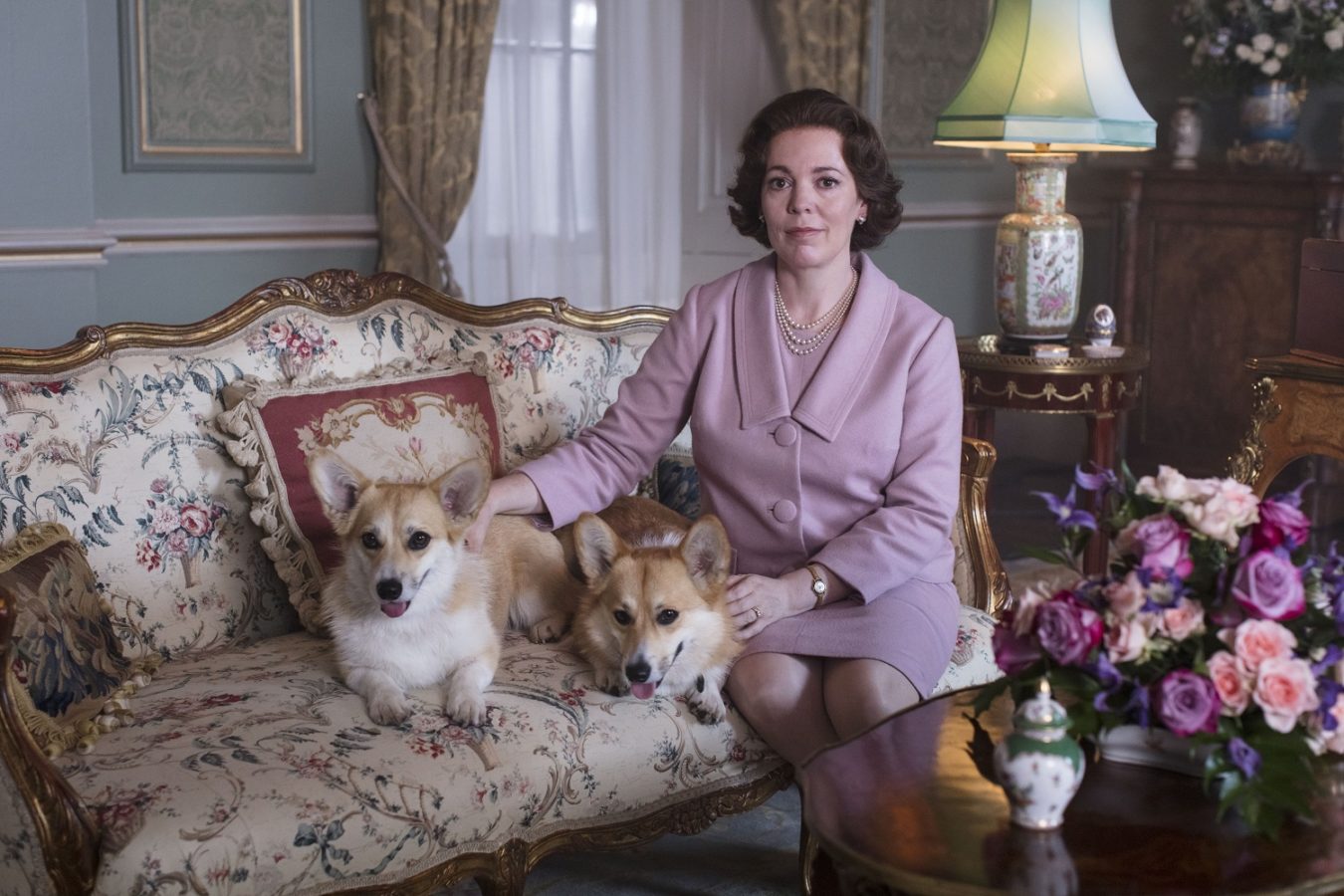 Emmy Awards 2021: all the highlights from ‘The Crown’ to ‘Ted Lasso’

Culture
Emmy Awards 2021: all the highlights from ‘The Crown’ to ‘Ted Lasso’
Share this article
Next article

If you didn’t stay up to catch all the highlights of the Emmy Awards 2021, do not fear. Read to find out everything that went down at the ceremony.

The Academy of Television Arts and Sciences returned with the 73rd Primetime Emmy Awards 2021 in a glittering ceremony on 19 September, 2021. Last year, due to COVID-19, the ceremony was hosted by actor Richard Kind without live audience in New York City. The guests attended the event virtually and there was no red carpet.

This year, however, the Primetime Emmys were held in an indoor-outdoor setting at Event Deck at L.A. Live. The venue was close to Microsoft Theatre in Los Angeles, where the Emmys have been traditionally held.

As was predicted by many, the big winner of the night was The Crown. The Netflix show did a clean sweep of all seven major Drama awards categories in which it was nominated. The Outstanding Drama Series win is a big one for both the show and Netflix as this is the first for the streaming giant in this category.

Living
From ‘The Crown’ to ‘Spencer’: the many portrayals of Princess Diana in film

Giving her tough competition for the award was her co-star Emma Corrin, who has been widely praised for effortlessly playing Princess Diana. Other heavyweights nominated in the category were Elisabeth Moss for The Handmaid’s Tale and Uzo Aduba for In Treatment.

The Crown had 24 nominations, the joint highest at this year’s Emmys with The Mandalorian.

On the other hand, Ted Lasso, the delightful Apple TV+ show won four awards in Comedy, including Outstanding Comedy Series.

Last year, Schitt’s Creek swept the floor after winning all seven awards given in the category. Ted Lasso was a favourite for 2021 Emmy Awards but had tough competition from Hacks, a fantastic HBO comedy which took the awards for writing, directing and best actress.

The inimitable Jason Sudeikis was unsurprisingly the winner in the Outstanding Lead Actor in a Comedy Series.

Winning is fun, but if you find a family along the way, you can’t lose.

In his acceptance speech, Sudeikis remarked, “Heck of a year,” referring to the effect the pandemic has had on people around the world. Jean Smart won the Outstanding Lead Actress in a Comedy Series for Hacks.

Is that a standing ovation for Jean Smart? Why, yes. Yes, it is. ❤️ #Emmys #Emmys2021 pic.twitter.com/R2JZPpgNB5

Ted Lasso had anyway made history when it became the most nominated freshman comedy in the history of Emmys with 20 nominations, breaking the record previously held by Glee (2009 – 2015).

While Ted Lasso and Hacks were nominated for the first time, they weren’t the only ones in the top category as four others of the total eight were newcomers too. These were Cobra Kai, Emily in Paris, The Flight Attendant and Pen15.

The other major winners of the night were Kate Winslet, who won the award for Outstanding Lead Actress in a Limited or Anthology Series or Movie for Mare of Easttown and Ewan McGregor who lifted the Outstanding Lead Actor in the category for Halston.

A few firsts and histories made

There were 44 first-time acting nominations at the 2021 Emmy Awards, including Sudeikis.

Mj Rodriguez made history this year at the Emmys. Nominated for Outstanding Lead Actress in a Drama Series for Pose, Rodriguez is the first-ever transgender person to receive a nod for a lead acting Emmy Award.

Previously, only two trans performers have been nominated by the Academy’s voters. Laverne Cox had four nominations for her supporting role in Orange Is the New Black while Rain Valdez was nominated for Razor Tongue.

Michaela Coel won in the Best Writing for a Limited or Anthology Series or Movie for I May Destroy You. This is not only the first Emmy for the British icon but also a first for a Black woman in the category. In her acceptance speech, she dedicated the award “to every single survivor of sexual assault.”

A notable name in comedy category this year was Bowen Yang, the first Asian to be part of Saturday Night Live. He was nominated in Outstanding Supporting Actor in a Comedy Series. Yang was widely praised in March this year when he spoke up against the rising anti-Asian hate in the US on the show.

The Academy paid tribute to the late Michael K. Williams in its In Memoriam segment. Best known for HBO serials The Wire and Boardwalk Empire, Williams passed away on 6 September 2021. He was nominated this year for Outstanding Supporting Actor in a Drama Series for Lovecraft Country. The award went to Tobias Menzies for playing Prince Philip in The Crown.

The night was brought to life by host Cedric the Entertainer and lively performances by Mindy Kaling, Kerry Washington, Seth Rogen, Dan Levy and Stephen Colbert.

Also present at the 2021 Emmy Awards were teams from Cobra Kai, Nailed It, The Late Show with Stephen Colbert, and The Amber Ruffin Show.

Squad goals! Welcome to some of the teams from “The Amber Ruffin Show,” @CobraKaiSeries, @NailedIt, and @colbertlateshow! #Emmys #Emmys2021 pic.twitter.com/krTkTbjoUN

Show in the midst of pandemic

Like other major award shows since 2020, the 2021 Emmy Awards, too, adhered to COVID-19 protocols in the wake of the delta variant’s rapid spread across the US.

The Academy also made last-minute changes to the number of attendees to the event.

In a statement issued on 10 August, the Academy said, “Although invitations have just been mailed out, nominated teams of three or more will now be limited to no more than four tickets per nomination. Unfortunately, this means not all nominees will be able to attend this year’s awards.”

“The health and safety of our nominees is of paramount importance. Conversations are ongoing and we will be in touch with further information. Thank you for your understanding as we continue to navigate the COVID-19 Delta Variant,” the statement added.

Furthermore, in-person attendees were required to be tested, vaccinated and wear a mask when not on camera.

The pandemic-imposed restrictions resulted in far fewer number of guests turning up on the red carpet.

Shows such as Top Chef, Jimmy Kimmel Live and The Crown opted to join in via video conferencing.

Here are all the winners of Emmy Awards 2021

ACTOR IN A DRAMA SERIES

Sterling K. Brown, This Is Us

ACTRESS IN A DRAMA SERIES

SUPPORTING ACTRESS IN A DRAMA SERIES

SUPPORTING ACTOR IN A DRAMA SERIES

Chris Sullivan, This Is Us

DIRECTING FOR A DRAMA SERIES

WRITING FOR A DRAMA SERIES

The Boys, “What I Know,” Rebecca Sonnenshine

ACTRESS IN A COMEDY SERIES

ACTOR IN A COMEDY SERIES

SUPPORTING ACTRESS IN A COMEDY SERIES

SUPPORTING ACTOR IN A COMEDY SERIES

DIRECTING FOR A COMEDY SERIES

Hacks, “There Is No Line (Pilot),” Lucia Aniello

Ted Lasso, “The Hope That Kills You,” MJ Delaney

The Flight Attendant, “In Case of Emergency,” Susanna Fogel

WRITING FOR A COMEDY SERIES

The Flight Attendant, “In Case of Emergency,” Steve Yockey

I May Destroy You

ACTOR IN A LIMITED OR ANTHOLOGY SERIES OR MOVIE

ACTRESS IN A LIMITED OR ANTHOLOGY SERIES OR MOVIE

Michaela Coel, I May Destroy You

SUPPORTING ACTRESS IN A LIMITED OR ANTHOLOGY SERIES OR MOVIE

SUPPORTING ACTOR IN A LIMITED OR ANTHOLOGY SERIES OR MOVIE

Paapa Essiedu, I May Destroy You

DIRECTING FOR A LIMITED OR ANTHOLOGY SERIES OR MOVIE

I May Destroy You, Sam Miller and Michaela Coel (“Ego Death”)

WRITING FOR A LIMITED OR ANTHOLOGY SERIES OR MOVIE

I May Destroy You, Michaela Coel

A West Wing Special to Benefit When We All Vote

The Late Show With Stephen Colbert

The Daily Show With Trevor Noah

WRITING FOR A VARIETY SERIES

The Late Show With Stephen Colbert

Emmy Awards Netflix Kate Winslet the crown Olivia Colman The Queen's Gambit Content Hub Hidden Ted Lasso Jason Sudeikis Hacks Ewan McGregor Jean Smart Josh O'Connor
You might also like ...
Culture
The best Met Gala memes from the Met Gala 2021
Style
The 10 best Met Gala fashion moments of the last decade
Culture
Venice Film Festival 2021: the best looks from the red carpet
Culture
Venice Film Festival 2021: the Asian films you should know
Manas Sen Gupta
Manas enjoys reading detective fiction and writing about anything that interests him. When not doing either of the two, he checks Instagram for the latest posts by travellers. Winter is his favourite season and he can happily eat a bowl of noodles any time of the day.
Travel Culture Entertainment Food