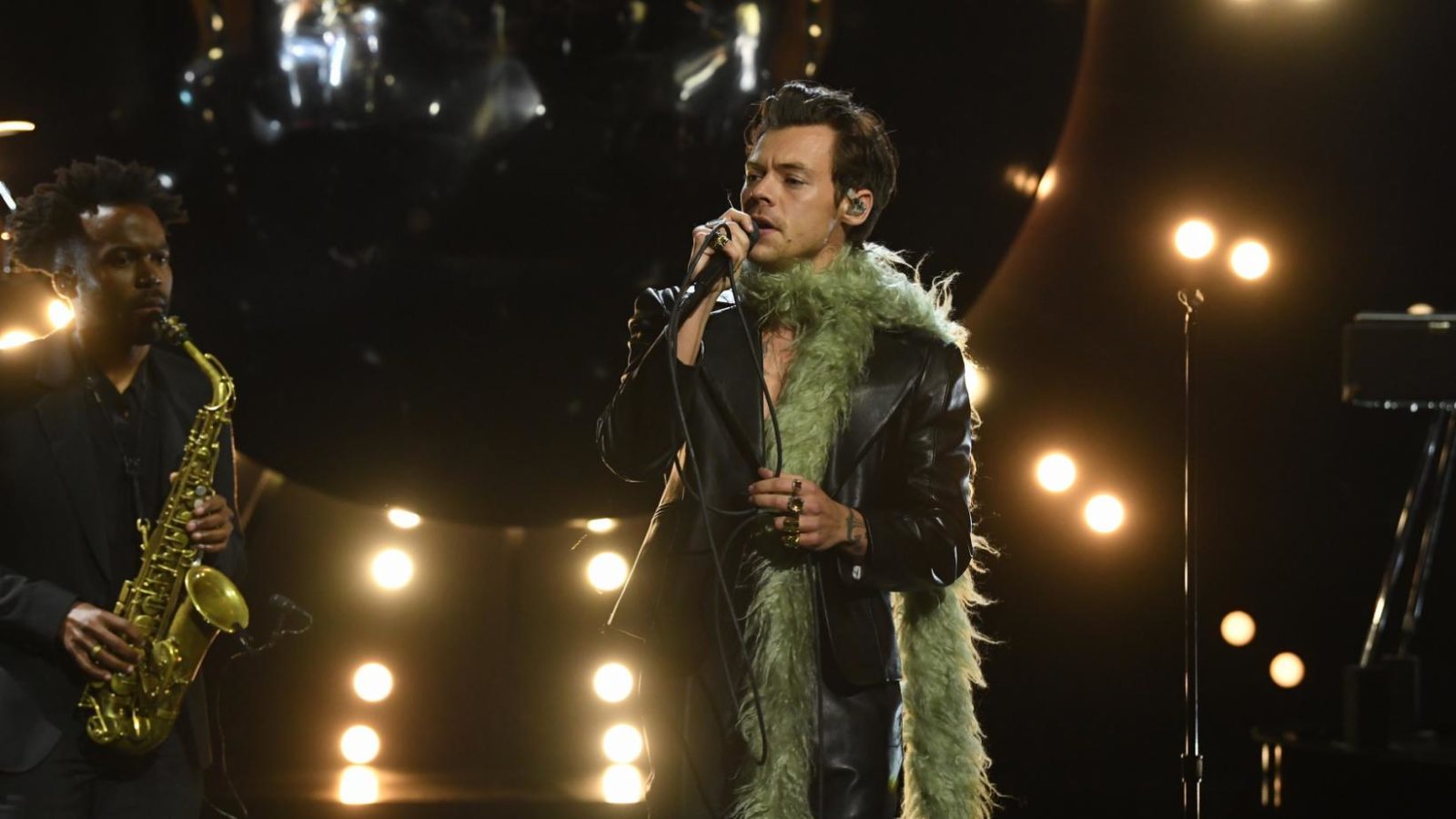 Grammy Awards 2021: everything you need to know

Culture
Grammy Awards 2021: everything you need to know
Share this article
Next article

Whilst the Grammy Awards 2021 had no live audience this year, they still lit up our screens.

The event took place at the Los Angeles Convention Centre and some stars tuned in virtually to receive their awards. Celebrities like Taylor Swift in a flowery Oscar da la Renta, Megan Thee Stallion in an orange Dolce & Gabbana, Harry Styles in plaid Gucci blazer paired with a purple boa, Dua Lipa in a shimmery Atelier Versace, Lizzo in Balmain, Beyoncé in Schiaparelli LBD, DaBaby in printed Dolce & Gabbana, BTS members in Louis Vuitton and Trevor Noah in Gucci graced the red carpet dressed to the nines.

The ceremony was hosted by The Daily Show’s Noah who brought in the punches in his opening monologue. He started with how “This year’s Grammy’s is going to look a little different, I’m not going to front, the whole thing is going to be pretty different. But it’s going to be even more exciting because our nominees will be sitting at those tables for their awards, so right now there’s more tension in that tent than at a family reunion at Buckingham Palace.”

He ended with “tonight, we’re hoping this is all about what 2021 can be, full of joy, new beginnings and coming together, never forgetting what happened in 2020, but full of hope for what is to come. Let’s do this people.”

The show thrilled fans who tuned in from across the globe as it featured pre-recorded and live performances by artists like Harry Styles, Post Malone, Doja Cat, Maren Morris and John Mayer, and Miranda Lambert. Cardi B and Megan Thee Stallion got social media talking when they teamed up for a rendition of their hit single, ‘WAP’, with a prelude of Stallion’s Body, Savage and Cardi B’s latest, ‘Up.’ Bruno Mars and Anderson .Paak gave their debut performance as the band Silk Sonic with the song ‘Leave the Door Open.’

K-pop band BTS brought their A-game while performing ‘Dynamite,’ which was also nominated for Best Pop Duo/Group Performance but lost to Lady Gaga and Ariana Grande’s ‘Rain on Me.’

Furthermore, the Grammy Awards 2021 were not without some milestones. Beyoncé, nominated in nine categories, made history as she became the female artist with most Grammy wins at 28 wins. She equalled Alison Krauss at 27 when she won Best Rap Performance with Megan Thee Stallion for Savage. She then crossed the mark by winning the Best R&B Performance for Black Parade. Beyoncé is now tied with producer and multi-instrumentalist Quincy Jones for the second most Grammy wins. The late conductor Georg Solti is the most decorated Grammy winner with 31.

Taylor Swift also set a benchmark by becoming the first female artist to win the award three times when her album ‘Folklore’ won the Grammy Award for Album of the Year. She won it for her album ‘Fearless’ in 2010 and for ‘1989’ in 2015.

Other big winners of the night were Billie Eilish who took home Record of the Year for ‘Everything I Wanted’ and Harry Styles who won his first-ever Grammy, for ‘Watermelon Sugar’ in the Best Pop Performance category.

Here is the list of some of the winners of the night:

Record of the Year

Billie Eilish – Everything I Wanted

Album of the Year

Song of the Year

Lady Gaga with Ariana Grande – Rain On Me

The Strokes – The New Abnormal

Thundercat – It Is What It Is

Toots & the Maytals – Got to Be Tough

Billie Eilish – No time to Die