Home > Culture > Entertainment > Wordle to turn into a real life, multiplayer board game 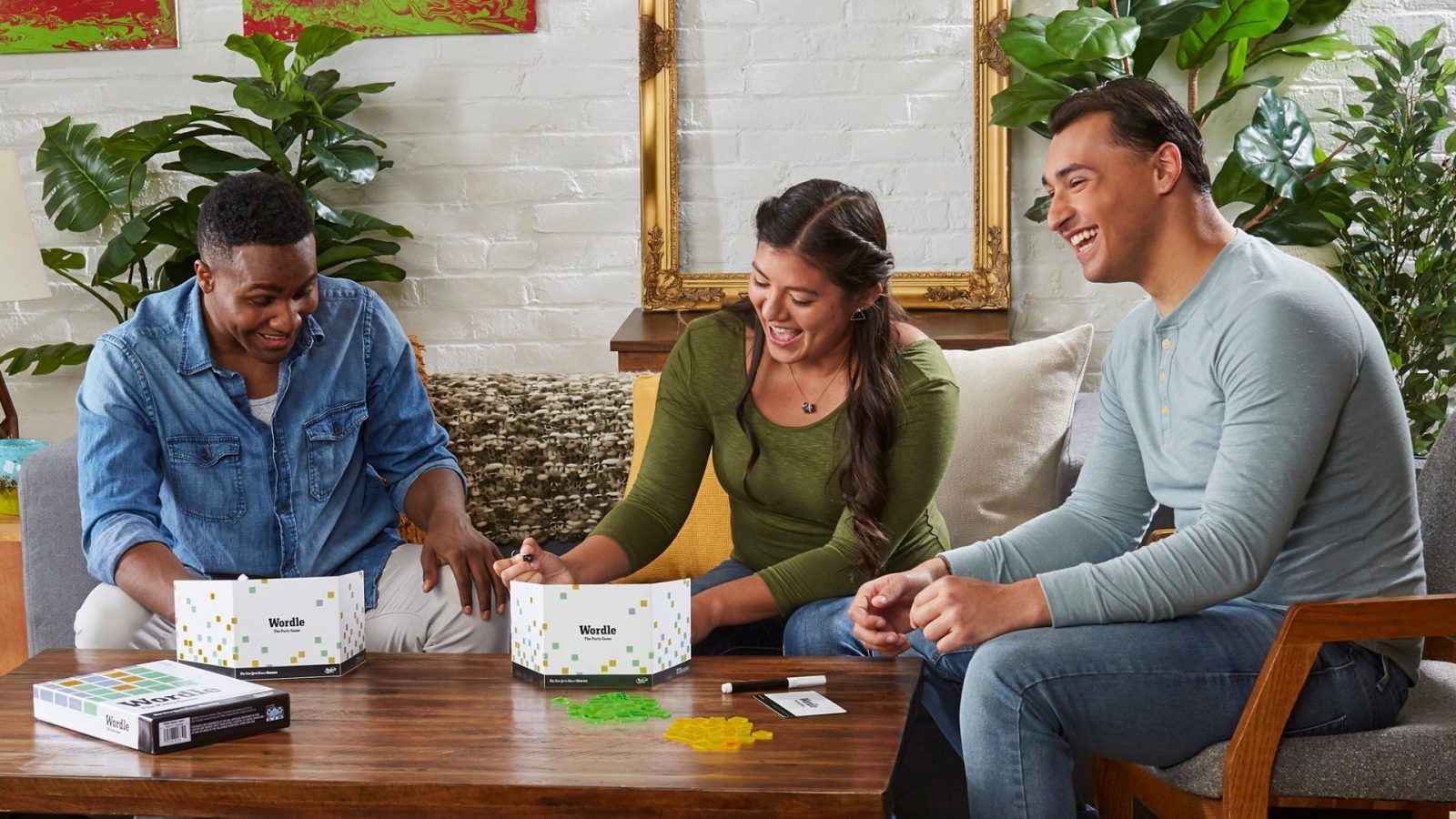 Wordle to turn into a real life, multiplayer board game

Wordle, aka the world’s most popular online puzzle game of 2022 is soon coming to life as a $20 multiplayer board game, ideal for gatherings and party lovers.

Titled Wordle: The Party Game, the board game will be launched by Hasbro in partnership with Wordle owner The New York Times.

In a statement, Hasbro said that the board game version “delivers classic Wordle gameplay, but now in an all-new way that is perfect for game night with friends and family.”

This marks the latest offering in Hasbro’s pop-culture-influenced games, which includes Monopoly editions based on the hit Netflix shows Bridgerton (2020–) and Stranger Things (2016–).

How to play the game

Wordle: The Party Game is designed for ages 14 and up. Its core gameplay is the same as the online version — players will have to guess a five-letter word in six tries. The main difference, however, is in the manner in which it is played.

Hasbro says that there are four ways to play the board game. These include classic play, fast, timed, or teams.

More than one player can play Wordle: The Party Game at the same time and compete against each other.

According to Hasbro, one of the players will be acting as the ‘Wordle Host’. Their task would be to pen down a secret five-letter word. The other players will have to guess the word in six tries. Whoever does it in the fewest tries, wins.

Points in the game will be awarded based on the number of tries, which means that, as more games are played, ranking on the scorecard will be led by the one with the fewest points.

The game comes with dry-erase Wordle boards and markers to make sure that it can be played repeatedly.

Where can the game be bought?

Hasbro said that the game will be available for purchase in North America starting October 2022. But pre-orders started on 14 July on Amazon, Target and Hasbro’s Pulse, where it is priced at USD 19.99 (Rs 1,600 approx.).

There is no word regarding its availability in other continents.

Adam Biehl, SVP & General Manager, Hasbro Gaming, said that Wordle has “undoubtedly been a staple in social and pop culture vocabulary” since its debut in 2021.

Jonathan Knight, head of Games for The New York Times, noted, “Wordle truly brought us all together and that’s what makes it so special. With each daily puzzle, we’re connected with friends and family through social play.”

Wordle was created by Josh Wardle in 2021 and bought from him by The New York Times in 2022.

In the online version, all that players have to do is guess a five-letter word-of-the-day in six tries. The game cannot be replayed once all tries are exhausted. The word that is to be guessed changes every 24 hours.

The game has been incredibly popular since its release, with even celebrities playing it and sharing their score on social media.

Westlife returns to Bangkok for The Wild Dreams Tour

Who are the world’s highest-paid actors?