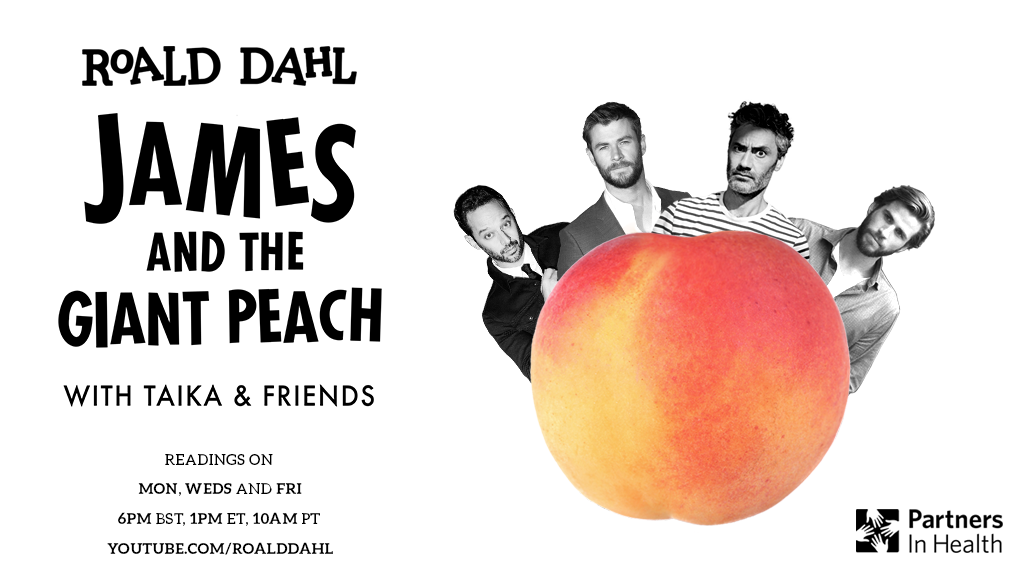 These Hollywood stars are reading children’s novels to save lives

Meryl Streep along with other leading Hollywood stars are joining the Oscar-winning filmmaker Taika Waititi who’s partnering with the Roald Dahl Story Company to read the beloved children’s novel “James and the Giant Peach” to raise money for Partners In Health who’s at the front line of Covid-19 relief.

Waititi narrates Dahl’s classic “James and the Giant Peach” along with a host of international stars, all reading and performing characters in the children’s story from their respective homes. Among them are Lupita Nyong’o, Mindy Kaling, Cate Blanchett, Ryan Reynolds and Cara Delevingne.

The Hemsworth brothers lend their voices to Aunt Sponge and Aunt Spiker in the first episode of the series, while Meryl Streep and Benedict Cumberbatch portray the evil sisters in the second. The first two installments are both available to watch now, with remaining episodes to be released on the Roald Dahl YouTube channel every Monday, Wednesday and Friday.

This star-studded reading of “James and the Giant Peach” is part of a campaign to raise funds for the global health non-profit Partners in Health, which is tackling the COVID-19 pandemic in some of the most vulnerable communities around the world.

The Roald Dahl Story Company has announced that it will match donations up to $1 million to charities impacted by the global health crisis, such as the Roald Dahl Marvellous Children’s Charity in the UK.

“Being an adult child myself and having read James and the Giant Peach to my girls multiple times, I’m excited to be able to partner with my friends, the Dahl team and Partners In Health and retell this story to help those most in need right now. This wacky, wonderful tale is about resilience in children, triumph over adversity and dealing with a sense of isolation which couldn’t be more relevant today,” Waititi said of the initiative in a statement.

The New Zealand filmmaker has recently been announced as the writer, director and executive producer of two original Roald Dahl animated series for Netflix.

An original series will be based on the world of “Charlie and the Chocolate Factory,” while the other will focus on the fictional characters of the Oompa-Loompas.

These online food shows need to be on your radar now

What’s new in property, design, and investment in the region?