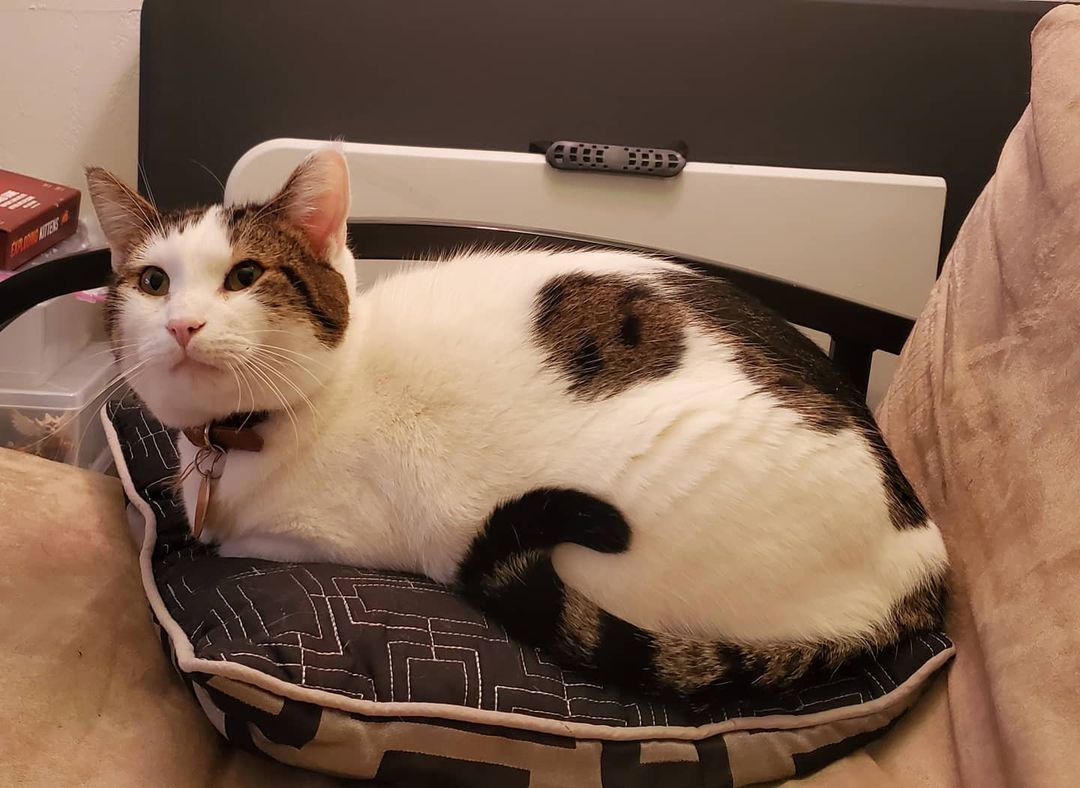 The story of how POPCAT shot Oatmeal the cat to fame

POPCAT is arguably one of the best games for the world to play in lockdown. This furious competition, where your incessant clicks can contribute to a national tally, stimulates a burst of endorphins as well as a spark of curiosity for the central cat character itself. Whilst some play the game and may have already known the cat called Oatmeal, others still have no idea. Here, we get to know more about Oatmeal and his story before the POPCAT sensation.

Few people know that Oatmeal was already well-known way before the POPCAT phenomenon. In mid-October 2020, a Twitter user posted two images of his cat to the Discord server. One was the photo of the cat smiling, and the other was an edited photo of the cat with a widely opened O-shaped mouth. Thereafter, @XavierBFB’s friend posted a GIF made from these photos to the subreddit platform r/MEOW_IRL.

So there's a video with some images of my cat Oatmeal out and here's the full clip of him chirping at a bug. pic.twitter.com/4MVTWiIknc

Rise in the popularity

These photos and GIFs swept the internet and led to the reveal of Oatmeal the day after. @XavierBFB uploaded a video of Oatmeal chirping at a bug on Twitter, which is where the two photos came from. The video gave Oatmeal an upsurge in popularity, and the photos and GIFs of Oatmeal were turned into a trendy meme as well as funny videos and edits. Since then, Oatmeal has been a familiar face in the meme community.

Many people fell in love with the Popcat meme, including a group of meme enthusiasts who are currently studying Computer Science at a university in the UK. Later, they elevated their love for the initial meme into a feverish Catlympic game that took the internet by storm. And thanks to the sensation of this POPCAT game, Oatmeal has become the talk of the online world again. Not only has the official Instagram account of Oatmeal gained more followers, but also there’s an official merch store dedicated to Oatmeal. T-shirts, stickers, masks, and posters are just some of the highlights. What’s more, this phenomenon also gave rise to the birth of POPDOG too. The excitement is no different from the POPCAT, and the popularity doesn’t seem to stop anytime soon. The most famous pets you need to know right now.

POPCAT Oatmeal POPCAT
You might also like ...
Living
Lockdown Lowdown: Thai artist and cat lover Ping Hatta on staying creative in a pandemic
Culture
Cats vs dogs: which one is more popular on Instagram?
Culture
10 video game and anime songs we’ve heard from Tokyo 2020
Gear
Video games to channel your inner Olympian
Karatpetch Vattanapoon
As a culture enthusiast, Karatpetch loves to travel, learn new cultures and languages, and has great zealousness for food. She is also an amateur dancer of various styles. Watching sports, sightseeing, cooking, knitting and exploring beauty goodies are her moments of simple joy.

Emmy Awards 2021: all the highlights from ‘The Crown’ to ‘Ted Lasso’