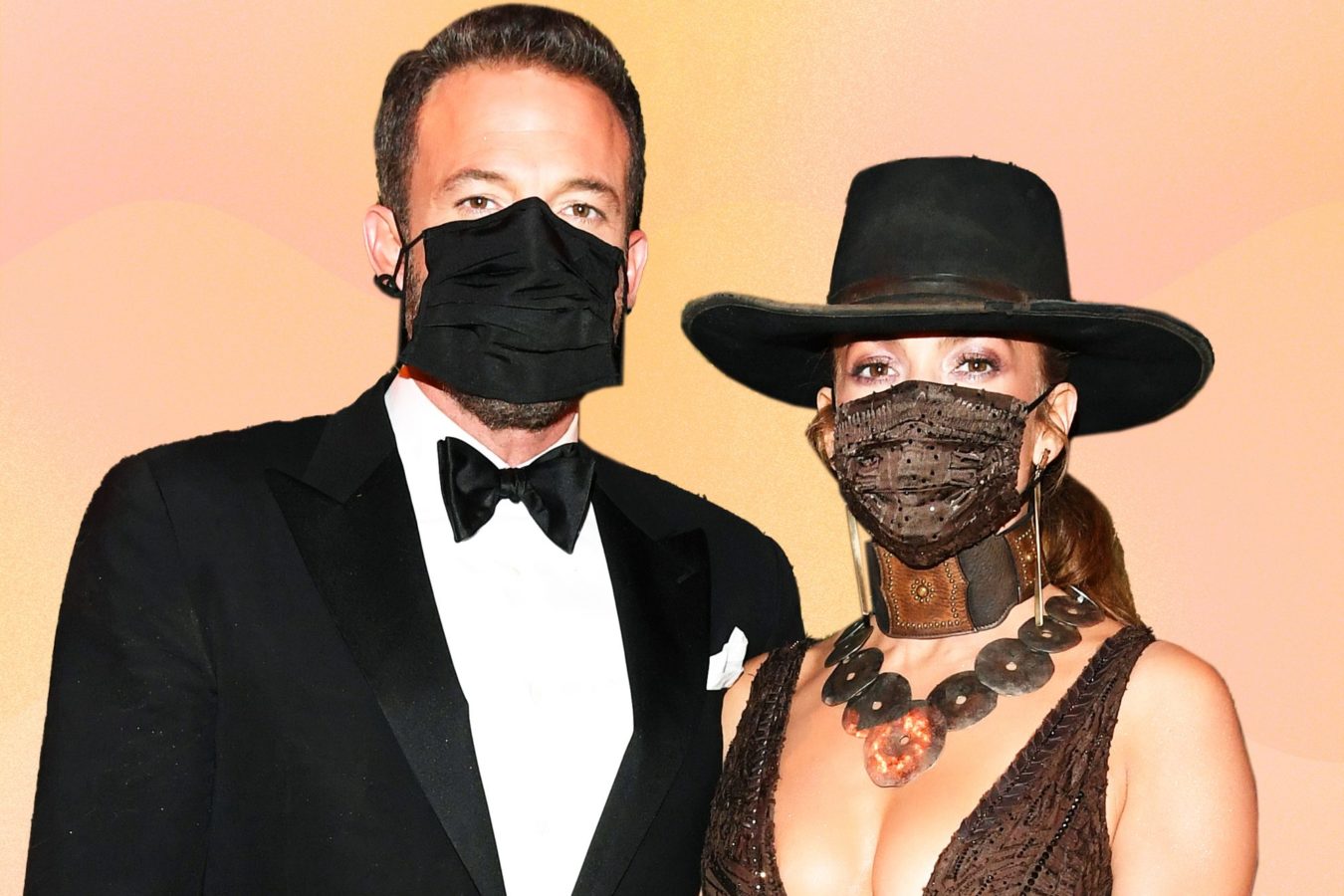 At this point, it’s safe to say that summer 2021 belonged to Bennifer 2.0. After rumblings of a potential reunion in May, Jennifer Lopez and Ben Affleck made their Instagram debut in July, as they celebrated Lopez’s 52nd birthday in Europe. Since then, the couple — who originally got engaged in 2002 before breaking things off two years later — has spent time in Los Angeles and, most recently, in Venice, Italy, where they made their red carpet debut last week.

Some fans speculated that Lopez and Affleck, 49, would make an appearance at Monday’s Met Gala. Although Lopez walked the steps of the Metropolitan Museum of Art solo, wearing a custom brown Ralph Lauren gown that served up western glam galore, Affleck was spotted inside. In fact, Affleck — who opted for a dapper black tux for the event celebrating “American Independence” — later pulled Lopez aside for some PDA.

While it’s unclear why Affleck skipped the carpet with Lopez on Monday, Lauren Cook-McKay, a relationship therapist at Divorce Answers, muses it’s probably NBD. “They’re more than happy to be photographed together,” Cook-McKay tells Shape, noting Bennifer wants to “show the world they’re a couple.” Additionally, Cook-McKay suggests that Lopez and Affleck may also be “aware of keeping their relationship and respective careers separate.” “Of course, Ben wanted to let JLo shine in her stunning brown-feathered gown — it’s what she does,” says Cook-McKay.

As for those cosy, behind-the-scene shots of Lopez and Affleck from Monday’s Met Gala? Well, both Cook-McKay and Karen Donaldson, communication and body language expert, believe that the recently reunited couple is perfectly in sync with each other.

With Lopez and Affleck standing side-by-side in one shot, Donaldson notes the pair’s relaxed vibes even when posing formally. “If you look closely, his grip is not tight and his fingers are slightly apart, which tells us that he is relaxed and he’s not trying to control her with his hold,” says Donaldson. “At the same time, Jennifer’s stance is just as relaxed and she doesn’t resist Ben’s hold around her waist. It tells us that the two are highly comfortable with each other.”

In other photographs that feature Affleck and Lopez walking inside the venue, both experts agree that the actor seems to be subconsciously protecting his leading lady. “Ben taking the lead and Jennifer gripping onto his left arm as they walk into the event suggests that the pair take a strong level of comfort in each other’s presence,” which indicates that “Jennifer allows Ben to be in control and take on the protector role,” says Cook-McKay. “The couple maintain their formal posture throughout, showcasing their elegance and sophistication as a couple.”

Donaldson agrees, adding that Affleck’s hand placement signifies his “protector” status “When we are in a defensive or protective mode, we often create a barrier in front of our most vulnerable areas,” she says. And with Affleck leading the way, “and the way in which Jennifer is holding Ben’s arm, tells us that she feels safe and protected by him. It’s the classic, ‘I can depend on you’ arm hold,” says Donaldson.

And of course, since Met Gala attendees were required to wear face masks when indoors except when eating or drinking, the duo kept theirs on even when they shared a smooch. But the added fabric did not stop them from serving up chemistry aplenty. “The body language here simply indicates that the couple is deeply in love and want to share this with the world,” says Cook-McKay. “The couple is not letting the masks stop them from sharing an intimate moment. In this snap, Ben’s arms are wrapped around Jennifer’s waist and both their eyes are closed, indicating they are in the moment and have almost forgotten they’re being photographed. This photo isn’t for show — it’s real!”

Donaldson notes that with Lopez and Affleck’s torsos and groins both touching, this indicates they’re “mirroring” each other. “Couples who are highly connected often mirror one another’s gesture,” she says. “It’s like their physicality is saying that they are one unit. Ben and Jennifer are comfortable showcasing their attraction and love for each other publicly.”

While no one knows what the future holds for Bennifer 2.0, it’s clear these two are having tons of fun together along the way.