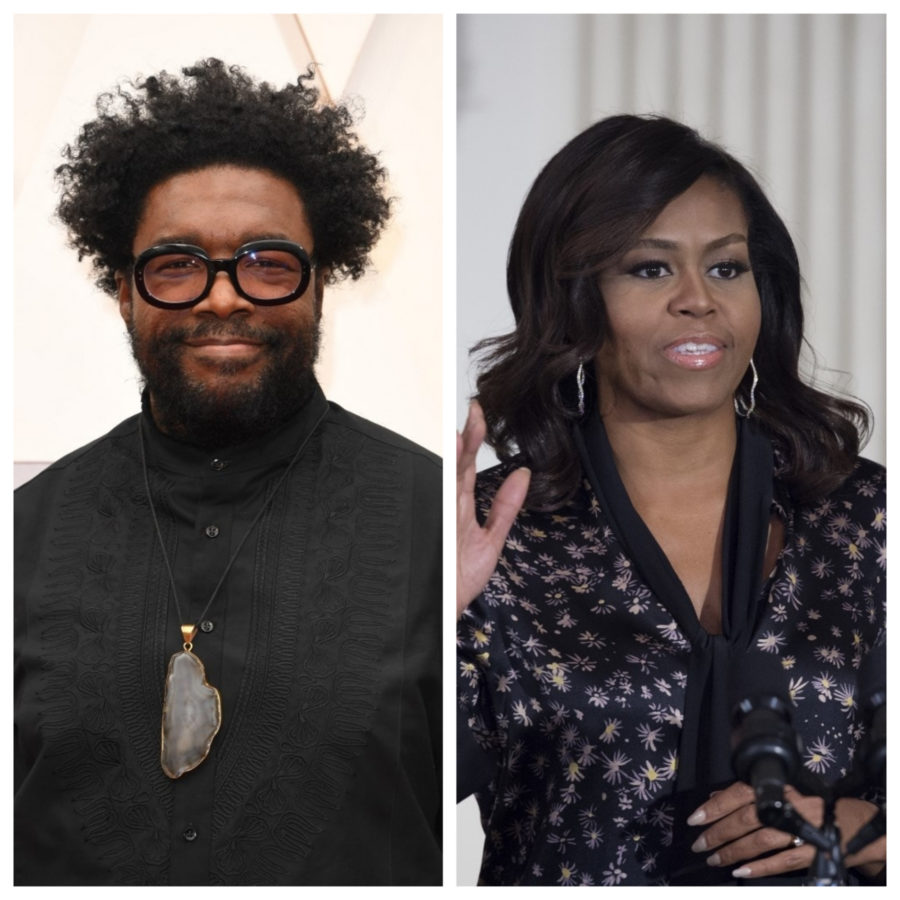 Michelle Obama and The Roots are hosting an online music festival

Ready for a really fun collab?

Lin-Manuel Miranda, Tom Hanks, Chris Paul, Janelle Monáe, Kerry Washington, Tracee Ellis Ross and Elaine Welteroth will also participate in the digital festival, which was originally scheduled to take place on May 30 at the Mann at Fairmount Park, Philadelphia.

Additionally, the 13th edition of Roots Picnic will feature pre-recorded messages from musicians, athletes and social media influencers. Former First Lady Michelle Obama will co-host the event with the Roots’ Questlove and Black Thought in an effort to encourage voter registration through her “When We All Vote” nonpartisan initiative.

Throughout the 13th edition of the Roots Picnic, volunteers for When We All Vote will try to reach 500,000 eligible voters through the web and mobile organizing platform Outvote, which is used to reach unregistered voters.

“Historically, Questlove & Black Thought have always been very active participants in the voting process, however, I felt that it was imperative that this year I open up both The Roots and my Live Nation Urban platforms as vehicles for both voter education and voter registration,” Shawn Gee, The Roots manager and President of Live Nation Urban, said in a statement.

Couldn’t be more excited that @whenweallvote is teaming up to co-host @TheRoots Picnic on June 27! Join us and get registered to vote: https://t.co/vXp9MHLm8S pic.twitter.com/XHtTaDfIvT

“Our goal is to aggressively impact change and we’re going to have some fun while doing so. This year, we are incredibly proud to partner with Mrs Obama’s When We All Vote to ensure our audience has the resources they need to register and vote in November’s election.”

According to a recent report by the Knight Foundation, nearly 100 million eligible Americans did not vote in the 2016 presidential election, representing roughly 43% of the eligible voting-age population in the country.

Music Festival Michelle Obama The roots virtual music festival
You might also like ...
Style
Weekend muse: what to wear on a yacht
Culture
5 playlists to listen to if you’re in the mood to travel
Food & Drink
Café Kitsuné comes to Bangkok
Beauty & Grooming
10 ways to make bath time at home a thing of dripping luxury
Staff Writer
Music