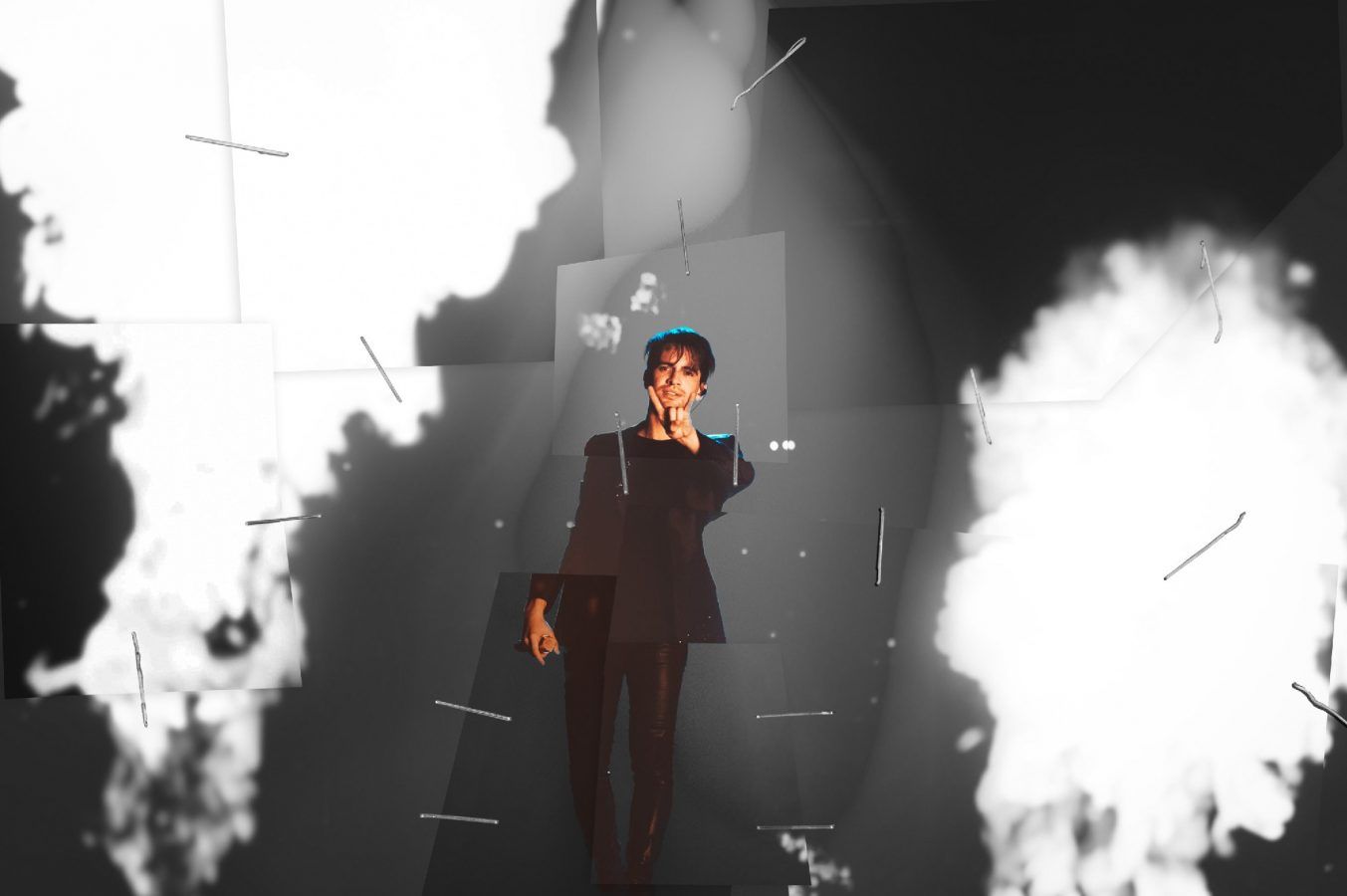 From Imagine Dragons, to Beyoncé and Lizzo—some electrifying new album releases kept music lovers hooked to their sound systems throughout July. The same contagious energy is sure to surround the upcoming albums releasing in August 2022. Let’s see which albums are coming this month of August.

Looking back, while some new songs from King Princess’ album Hold on Baby and Tanya Tagaq’s new album Tongues North Star Remixes were being played on loop, Interpol’s seventh studio album The Other Side of Make Believe became one of the big hits of July. Adding to the ‘hit list’ was Shine by Sean Nicholas Savage and ODESZA’s The Last Goodbye.

And, the upcoming albums in August look equally enthralling. From Calvin Harris’ Funk Wav Bounces Vol 2 to Eminem’s Curtain Call 2, there is no dearth of high voltage music.

In fact, the popular K-pop girl group BLACKPINK is also slated to make a comeback with a new album release in August. Though not much is known about it, fans are eager to see the Korean stars in action after a hiatus of nearly two years. BLACKPINK released their last album The Album in October 2020. And, according to an announcement by the group’s label YG Entertainment on 6 July 2022, the quartet will return and head out for the largest world tour in K-pop history.

Wondering about the details revolving around these albums? We have you covered.

[Hero and featured image credit: Panic! at the Disco/Facebook]

Harris previously gave a glimpse of the album in May with a song titled “Potion.” This new album follows the Scottish DJ and producer’s previously released Funk Wav Bounces Vol. 1 (2017), which hit No. 2 on Billboard 200 and featured lesser artists.

The collection includes the rapper’s works after the 2009 studio album Relapse, with songs from various artists in guest appearances as well. Some numbers are from other music projects too. The new album also features a song from Baz Luhrmann’s eponymous biopic of Elvis Presley — “The King and I” — for which Eminem teamed up with CeeLo Green.

The announcement of the album release came shortly after the rapper released the set’s lead single titled “From the D 2 the LBC” on 23 June 2022. It also features Snoop Dogg and the title is an ode to the hometowns of the two rappers — Detroit, Michigan and Long Beach, California.

Panda Bear (Noah Lennox) and Sonic Boom (Peter Kember) are longtime friends who have collaborated for the first time for this album. Reset, released via Domino, marks their first album together, though the two have an immensely successful solo music career.

After the digital release on 12 August, the physical album will roll out on 18 November. It derives inspiration from the 50’s and 60’s American doo-wop and rock-and-roll long play (LP) records by Sonic Boom. However, the duo have come together to give it quite a unique spin.

Conceived during the lockdown period, Reset gave the two friends the opportunity to come close during such gloomy times. According to Domino, “Reset is 40 minutes of strange light, fluorescing out from a particularly dark time. That is perhaps the album’s primary promise — to reckon with the not-infrequent hardships of reality and offer some way to some other side.”

Out of the collection of nine tracks, Panda Bear and Sonic Boom have released a song titled “Go On” along with an animated music video.

The band is all set to release its seventh studio album via Columbia. Citing production issues, the band postponed the release date from 5 August to 12 August.

Fans have already received glimpses of what’s in store in the new album releasing in August 2022, as Kasabian has already released singles like “ALYGATYR”, “SCRIPTVRE” and “CHEMICALS.” The Alchemist’s Euphoria is also the group’s first full-length album after frontman Tom Meighan’s exit in 2020. Since then Serge Pizzorno has taken the position and has been the face of the group.

You can preorder the album here.

Being released via Dirty Hit, Pale Waves’ third album Unwanted is a follow up to the band’s 2021 album titled Who Am I?

Giving fans a slight peek into the music, Pale Waves released a single lead from this 13-track album titled “Lies” in April 2022. The band had also posted two snippets from the album and song choruses on their TikTok account.

According to a report by NME, commenting about Unwanted, Pale Waves frontwoman Heather Baron-Gracie said, “It was really the only thing this album could be called. It’s bold and unapologetic, and that’s what the Pale Waves community is about. We don’t need to fit a perfect mould, we don’t need to apologise for being ourselves, and we won’t change for anyone. That acceptance is what connects us.”

Madonna set an unprecedented example in 2020 when she became the first and the only artist till date to top any particular Billboard chart 50 times. The “Hung Up” singer topped the Billboard Dance Club Songs chart with 50 No. 1 titles, and to commemorate such a milestone event, she is set to release her upcoming album Finally Enough Love: 50 Number Ones.

This album is part of her ongoing partnership with Warner Music Group and consists of 50 remixes of these chart-topping songs. It also has a smaller abridged version titled Finally Enough Love comprising 16 songs.

While the abridged version is already available to stream, the longer album is getting a digital release in August along with a 3-CD physical version. A limited-edition red and black vinyl collection will also be available.

A follow up to the 2018 album Pray for the Wicked, Brendon Urie’s Viva Las Vengeance marks the seventh album under the Panic! banner and consists of 12 tracks.

It is one of the highly anticipated albums of August 2022 which will be released via Fueled b Ramen/DCD2 Records and is Panic! At The Disco’s first album in four years. The eponymous title track is a powerhouse of pop elements. Regarding that, a social media post mentions, “This is the tale about growing up in Las Vegas. It’s about love, fame, burnout and everything that happens in between.”

Panic! At The Disco has also announced a nationwide tour of the US and Canada followed by a world tour in 2023.

Get a preview of the album here.

Hot Chip’s eighth album FreakOut/Release is a follow up to its 2019 album A Bath Full of Ecstasy. Released by Domino, it is one of the upcoming releases sure to grab a lot of attention. Domino mentions that this new album is “a collection of flesh-and-blood songs that finds the band reaching into the darkness to emerge as a true creative unit, their gazes fixed positively on the future ahead.”

Announced on 19 April 2022, “Down” is the first song out of the 11 tracks that the group of five — Owen Clarke, Al Doyle, Joe Goddard, Felix Martin and Alexis Taylor — worked on. It paved the way for writing the album and its video features distorted images, jerking lights and metal welding.

Speaking of the lyrics, the songs are a deviation from the typical music produced by Hot Chip. Freakout/Release is darker than other albums by Hot Chip. It draws inspiration from various emotions on the personal and political fronts and depicts how people struggle amidst adversities.

Between 1&2 marks the K-pop girl group’s 11th mini album and follows TWICE’s 2021 album titled Formula of Love: O+T=<3. With hit numbers like “Moonlight,” “Icon,” “Cruel” and “Last Waltz” as well as its first English song “The Feels,” the album ranked No. 3 on Billboard Top 200 chart.

Represented by JYP Entertainment, the group announced the mini album release with a poster of the same with the words, “Tell me what you want” written above a light switch having a pink heart on it.

The group recently renewed their contract with JYP Entertainment on 12 July 2022, and the announcement of Between 1&2 closely follows that.

Prior to this, in June, TWICE member Nayeon made her solo debut with Im Nayeon, which made a record by becoming the first K-pop solo album to rank among the top 10 of Billboard Top 200.

TWICE is also the only K-pop sensation after BLACKPINK to foray into the top 10 of Billboard Top 200.

MUSE: Will of the People

Will of the People marks the ninth studio album of MUSE and the British trio knows how to nail the release with an electrifying music video and a peppy track. On 1 June 2022, they gave a sneak peek of the new album by releasing the title track — a classic swagger rock song.

This upcoming album of August 2022 will be released via Warner Records and is a follow up to Simulation Theory (2018).

Music Apple Music Spotify
You might also like ...
Culture
8 music albums releasing this July 2022
Culture
J-Hope of BTS releases solo album ‘Jack In The Box’ alongside music video of ‘Arson’
Beauty & Grooming
20 musicians and artists who own beauty brands
Culture
Ye’s new music video features pieces from the Yeezy Gap x Balenciaga collection
Trinetra Paul
An ardent foodie, Trinetra seeks every opportunity of travelling and writing. Storytelling and slam poetry are her go-to jam. Her lazying around ideas includes binge watching and whipping up some snacks or searching the next place to visit.
Sign up for our newsletters to have the latest stories delivered straight to your inbox every week.