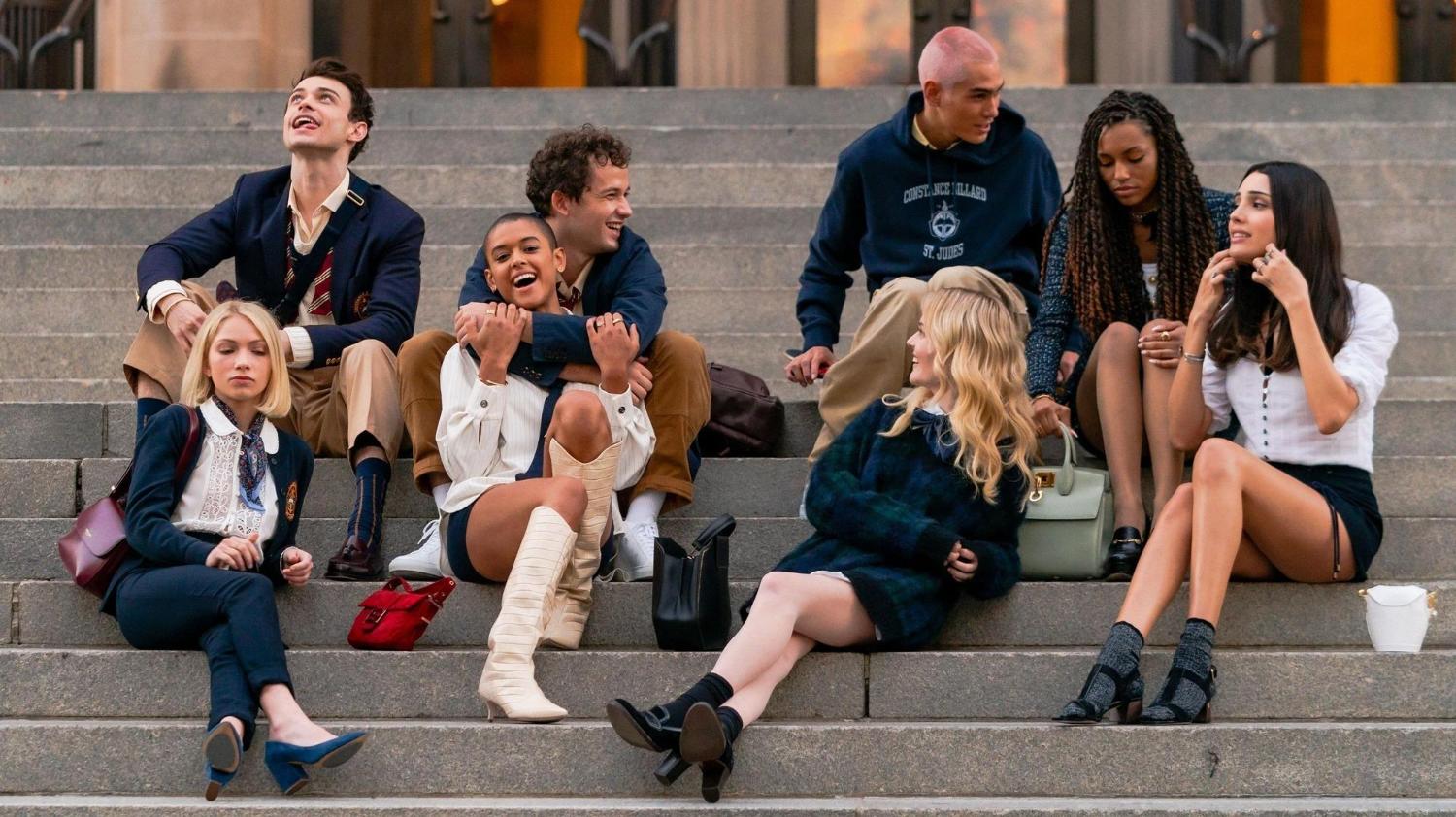 You know you loved it.

Whilst we’ll admit we’ve kind of outgrown watching shows like Gossip Girl now that we’re ‘adults,’ there’s no denying we paused and zoomed in on each and every character when pictures of the new cast surfaced yesterday. Call it a guilty pleasure.

Spotted on the steps on the Metropolitan Museum of Art (where else?), some behind-the-scenes images have been leaked — in true Gossip Girl style — and the internet, naturally, went crazy for it.

Yet that is perhaps the only major difference, based on any kind of analysis we can do thus far. The high school students are dressed just as we remember them: preppy, chic, cheeky, sexy, and nowhere near acceptable for an actual high school. But that’s the fun of TV. The boys are wearing their St. Jude’s blazers with beige pants, whilst the girls have more variation in their outfits. We see tweed, we see knee-high boots, and we see a buzz cut on a girl. Granted, it’s a far cry from Serena van der Woodsen’s flowing mane, but it’s definitely a cool look.

Entertainment Gossip Girl
You might also like ...
Culture
What’s new on Netflix Thailand this November 2020
Style
6 ways to wear the big padded headband trend
Living
Weekend muse: 10 types of friends a Bangkokian may have
Style
The 20 best fashion moments from ‘Emily in Paris’
Lifestyle Asia
Here's where you can read the latest news and stories from Lifestyle Asia and our sister titles PrestigeOnline and Augustman, curated from all of our editions in Hong Kong, Singapore, Kuala Lumpur, Bangkok and India.
Luxury