Here’s how the nightlife industry is going digital

We feel you. We miss going to clubs too.

While establishments in the night-time industry have remained closed in many parts of the world since the beginning of the pandemic, alternatives and resistance efforts are being organized online in the form of events such as virtual rave parties.

For nine months now, discos, nightclubs and concert halls have had to keep their doors shut in many countries. Faced with this situation, clandestine parties are appearing, such as those organized in Lieuron in Brittany, France and Llinars del Vallès in Spain during the New Year. Rave parties strongly criticized by the International Nightlife Association, pointing out that these illegal gatherings only “make “legal nightlife businesses pay the consequences and delay their reopening as the spread of the virus continues.”

These controversial rave parties are at the heart of Hyperactive’s new project, BBL CLB. This digital initiative, which will be held online from February 11, presents itself as a hybrid event between “illegal rave and online immersive theatre.” The principle is simple: clubbers will have to search for the location of the mysterious BBL CLB with their group of friends. They will be confronted with several possible scenarios as in “Bandersnatch,” the interactive episode of the British series “Black Mirror.” Once their investigation is finished and they have located the secret venue, they will discover sets by DJs such as Âme, Alan Fitzpatrick, Sam Divine, Eats Everything, 24hr Garage Girls, Nu:Tone and wAFF.

While DJ livestreams are replacing nightclub parties, initiatives like BBL CLB are trying to reproduce this festive sociability that is specific to the world of nightlife. That’s also the gambit of Club Quarantäne, a virtual nightclub whose first 2.0 rave lasted 42 hours. Another particularity of this unique spot: it faithfully reproduces the good (and bad) moments of a night out at the club. And it doesn’t matter whether you’re queuing in front of the establishment, being questioned by the bouncer about your plans for the evening, or shaking your thing on the dance floor. Among the DJs who have participated in Club Quarantäne events are Helena Hauff, Skee Mask, Marcel Dettmann, Ash Lauryn, Dax J, Dixon and KI/KI.

In the face of a growing number of such digital initiatives, some nightclubs are opening their own digital spaces in order to help their regulars get dancing despite the pandemic. Bootshaus has made this choice by launching a virtual reality version of its famous club located in Cologne, Germany, accessible via the Sansar platform or social networks. The interior of the establishment is faithfully reproduced inch by inch, allowing the clubbers’ avatars to move around and interact in the bar as well as on the dance floor or on the sidelines. And all this while listening to sets by Vini Vici, Blastoyz, Björn Grimm and andhim.

“We’re excited to share this VR experience for the international dance music community to enjoy. It’s a project we’ve been working on for a long time and releasing it now feels more important than ever. The VR project once again sees Bootshaus at the forefront of the industry and it’s an honour to team up with some of the industry’s key players to deliver a stellar collection of events that can be experienced from homes globally,” declared Fabian Thylmann, owner of Bootshaus, on the occasion of the virtual club’s launch.

Meanwhile more than 10,000 kilometers from Cologne, the Matryoshka club in Manila has turned to the video game “Minecraft” to organize rave parties for electronic music fans. The next one, better known as “Project Hyphae“, will be held on January 23 on a private server of the Microsoft and Twitch title. On the program are six hours of DJ sets hosted by new talents such as Mary Anne Hobbs, Sonia Calico, De Grandi, Pisitakun and Moa Pillar.

Although the Matryoshka Club was founded in 2019, it became famous with many clubbers during last spring’s lockdowns thanks to “Infinite Summer,” an ambitious 24-hour virtual festival livestreamed in “Minecraft.” “It was so memorable that even when the show was done, the festivalgoers would keep logging in to revisit the festival grounds to explore, internalize and reminisce. Some people even said, ‘We’re staying here till you kick us out’,'” explained Jorge Juan B. Wieneke aka similarobjects, the co-founder of the Matryoshka club, to Hypebeast. 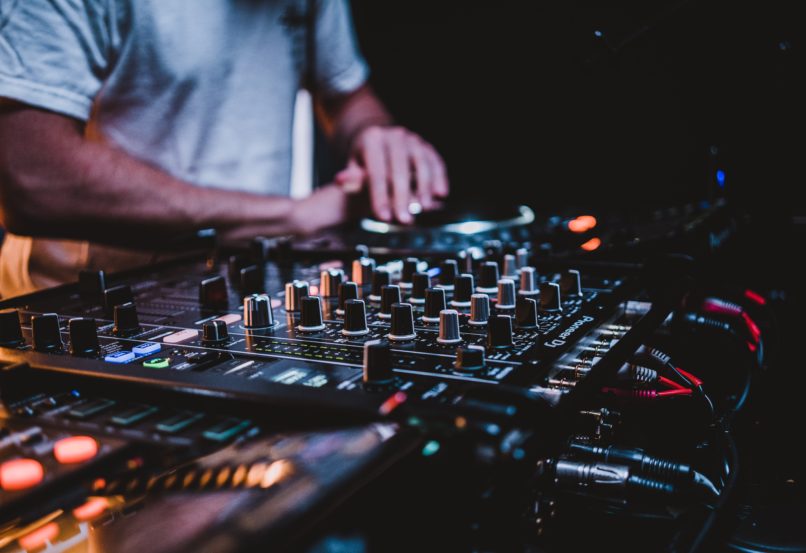 The establishment certainly knows how to attract the interest of partygoers with its sophisticated programming, but also with its rigorous admission questionnaire, which asks them to describe themselves in 100 emoticons or to compose a haiku in order to be able to participate in its events. A process designed to determine their motivation to enter the Matryoshka club, just as the Berghain in Berlin did when it was open to the public before the start of the pandemic. The formula seems to be paying off as the virtual disco in Manila operates through donations from PayPal and a growing subscriber base on Patreon.

This system of financing is all the more interesting as new players such as video games come to compete with nighttime establishments on the 2.0 club scene. Last year, “Fortnite” attracted tens of millions of partygoers thanks to virtual concerts by DJ Marshmello and rapper Travis Scott. Meanwhile for “Grand Theft Auto Online,” a new underground club was launched last December with Moodymann, Palms Trax and the Keinemusik collective on the bill. Enough to keep clubbers grooving as they wait for the reopening of nightspots in real life.