Home > Culture > Entertainment > Goodbye Scala: 10 of the oldest cinemas in the world 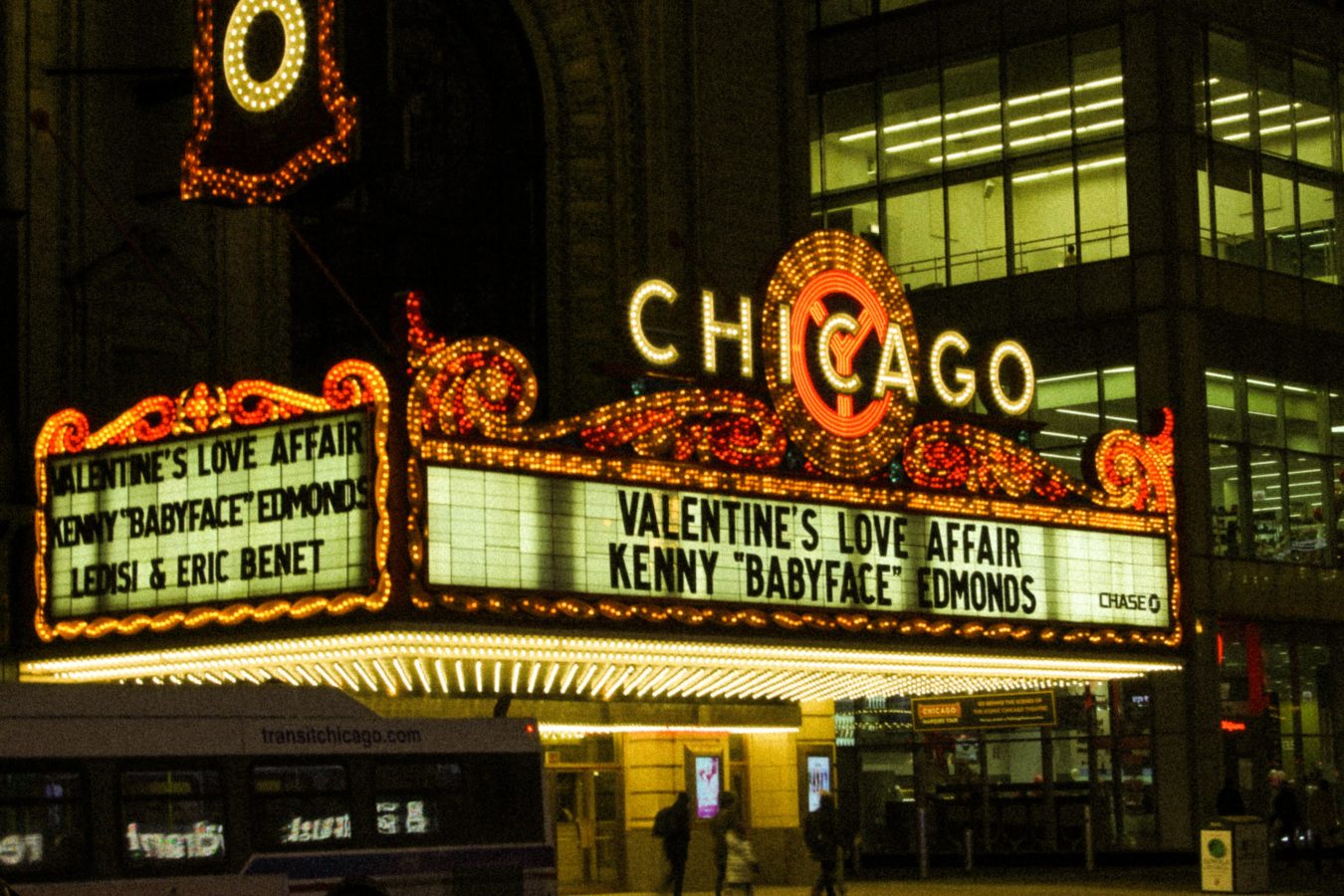 Goodbye Scala: 10 of the oldest cinemas in the world

Culture
Goodbye Scala: 10 of the oldest cinemas in the world
Share this article
Next article

Before modern multiplexes changed the way we watch movies today, it was the single-screen cinemas where millions of people around the world found their few hours of joy. Edifices of brick-and-mortar, they were gateways to a world away from reality. In a time when even the multiplexes are under threat from OTT platforms, some of the world’s oldest cinemas, thankfully, have held the fort.

What is so charming about older theatres, you ask? For one, there is a flame of nostalgia for old cinema halls, which has been kept alight with the countless memories of those who have experienced watching films there.

From the design of the building to the seating arrangement (many had balconies), everything makes older theatres even more attractive for their loyal audiences. And while many may have adopted new technologies, the idea of munching on popcorn at the far end of the balcony seat while watching the latest release remains unmatched.

In case you have never experienced watching a film in an old single-screen theatre, the best way to feel the enchanting effect is to watch Cinema Paradiso (1988). The film is about a young boy discovering the joy of films and film-making through a middle-aged projectionist in a small, old cinema house.

And if you still savour memories of the oldest theatres you have watched movies at, here are some that have survived the turn of centuries.

These are 10 of the oldest cinemas in the world

Winning a place in the Guinness World Records for the oldest purpose-built cinema in operation on 1 June, 2021, is Cinéma Eden Théâtre in the town of La Ciotat.

First opened on 15 June, 1889, the theatre was initially used to host theatrical performances, music hall shows and sports exhibitions. It was not until 21 March, 1899, that the first paid screening was shown at Eden. These were films by engineers-industrialists siblings Auguste and Louis Lumière, who were renowned for their Cinématographe motion picture system and the short films.

The cinema has been entertaining patrons for 122 years and was operational with limited screenings even when it was being renovated in 2012-13.

Opened in 1897 as the Graham Opera House on East Washington Street in Washington, Iowa, the State Theatre is one of the world’s oldest theatres that has been entertaining moviegoers.

The cinema hall strives to remain popular among the older and younger generations, showcasing movies in 2D as well as 3D. The theatre has also renovated its concessions area and balcony.

Following a fire in the projection room in 2010, the theatre underwent renovations, and the façade was made to resemble theatres in the 1940s.

Formerly known as The Bijou Theatre and Crystal Plaza, the theatre in Ottawa, Kansas, was established in 1907. In 1935, it was remodelled, and Plaza 1907 was born. In the 1980s, the cinema upped the ante and upgraded from a single screen to two.

Plaza 1907 Cinema went through a rough patch during the Great Depression (1929-1939), wherein it shut all operations. Resuming operation in 1935, patrons today can also rent the venue for private parties, movie gatherings, weddings and business training events.

Sitting majestically in the Latin Quarter of Paris is the Cinéma du Panthéon. According to their website, “Le Cinéma du Panthéon is one of the oldest working theatres in Paris. At the turn of the century, it was a gymnasium frequented by students of the Sorbonne. The Omnia-Pathé company decided otherwise and set it up as a cinema for an opening in February 1907. Jean-Paul Sartre and Jacques Prévert were regular spectators.”

Even though the cinema has been operational since 1907, it became an independent film powerhouse only in 1929, thanks to French actor-producer Pierre Braunberger who bought the place.

Braunberger then used his newly acquired cinema hall to champion the French New Wave — an art film movement that emerged in the late 1950s and was characterised by its rejection of traditional filmmaking conventions. He did this by screening foreign films with subtitles, which was a rare phenomenon at the time.

Situated in Szczecin — Kino Pionier has been operating since 26 September, 1909. The cinema was called Weltkinotheater and Odra before it got its present name.

Co-owned by Jerzy Miśkiewicz and Wacław Szewczyk since 1999, Pionier was recognised by the Guinness World Records as the world’s oldest continuously operating cinema in August 2005.

The cinema has two rooms: the main/historical room and the cinema room. One can sit at a table with a beverage and enjoy a movie.

Currently in its 110th year of operation, the theatre was established in 1911. Situated in North Dakota’s Lisbon, the Scenic Theater boasts retro decor and started its journey by screening silent films.

The cinema has been renovated several times since its inception and can now accommodate 200 people, but it still houses the popcorn machine from the 1940s.

Established in 1911 in Dunellen, New Jersey, the Dunellen Cinema Cafe is known for complementing the movie-watching experience with scrumptious food. It has a cinema cafe, called the Zupko’s Tavern, which offers an elaborate menu for lunch, dinner, spirits, beverages and much more. One can also rent the place for parties.

The theatre wasn’t making profit and was shut several times before it was upgraded with modern equipment and finally started churning profits in the late 1920s.

Established in 1879, Capitol Cinema has grown from being a theatre that showcased plays in the British era to a single-screen theatre.

Located opposite Chhatrapati Shivaji Terminus Railway Station (CST), Capitol Cinema was originally known as Gaiety Theatre. It was renamed after being acquired by Globe Theatres of erstwhile Calcutta in 1928. Despite its long run, the oldest theatre in Mumbai continues to be an epitome of gothic construction in the maximum city.

Rivoli was established in 1934 and is currently run by the entertainment company PVR. The smallest cinema hall in Delhi’s Connaught Place is housed in the Regal Building and has its share of loyal cinemagoers who prefer watching films at a single-screen theatre.

The Scala was first opened on 31 June, 1969, with the screening of the American civil war movie The Undefeated. The cinema derives its name from Milan’s opera house Teatro alla Scala and its Art Deco interiors are done by architect Chira Silpkanok.

Unfortunately, the theatre was closed on 31 March, 2020, because of the COVID-19 pandemic and is now being replaced by a small community mall. However, it had been a fully functional cinema until the pandemic began.

Chulalongkorn University, which owns this piece of land, has now leased the property to Central Pattana. For its last screening pre-destruction, many loyal fans lined up for hours to bid the theatre a sad adieu.

Movie theatres Cinemas Luxurious Cinemas Singaporean films Thai movies interactive movies
You might also like ...
Living
New K-dramas to catch on Netflix this November and December 2021
Culture
Netflix makes its foray into online gaming with two ‘Stranger Things’ games
Living
What’s new on Netflix and HBO Go this November 2021
Travel
The most remote restaurants in the world, for when you want some real privacy
Priyanka Lamba
It was while pursuing her degree in computer applications, when Priyanka decided to set her sights on content writing (talk about realisation and serendipity). In her spare time, she is either found immersed in books or movies.
Food Entertainment Culture Travel