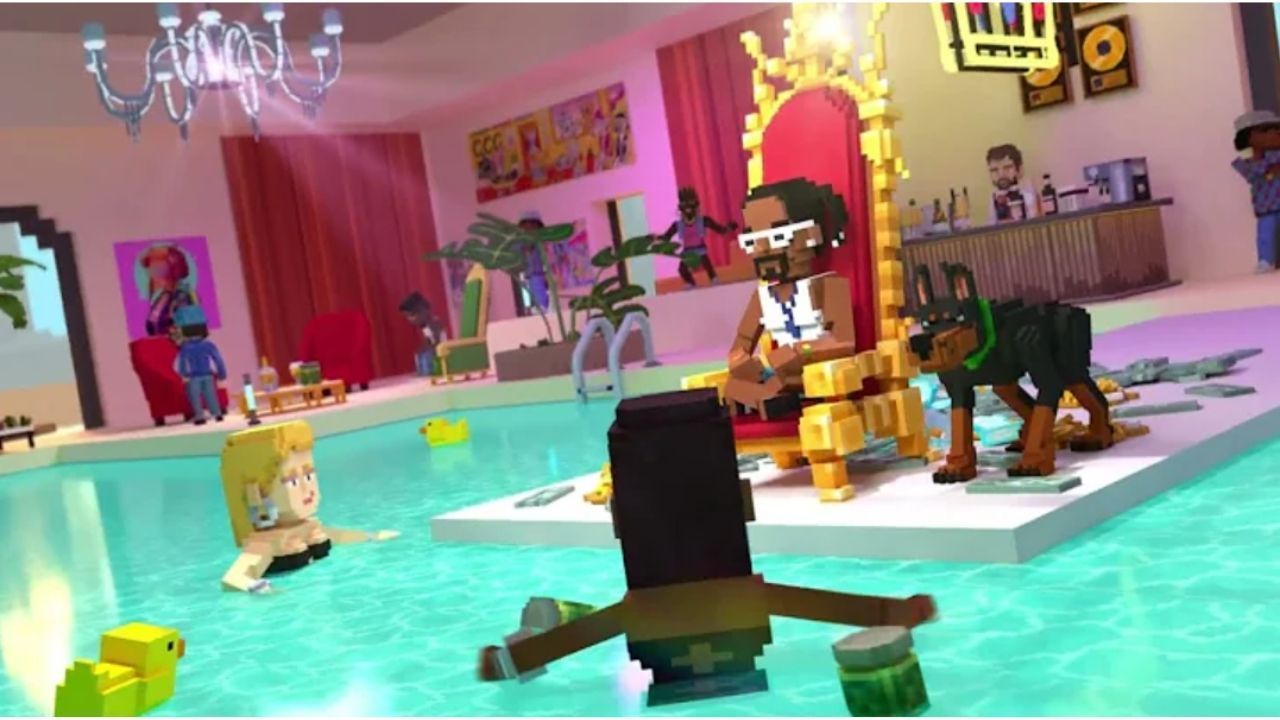 Rapper Snoop Dogg released a new music video for his song “House I Built,” featuring a virtual avatar of himself in the metaverse.

Professing his passion for the burgeoning world of Web3 technology, which comprises NFTs, cryptocurrencies and other virtual spaces, the new Death Row Records owner filmed the entire video in a Snoop-themed space called the ‘Snoopverse’.

Produced in The Sandbox metaverse, a subsidiary of the Hong Kong-based game software and venture capital company called Animoca Brands, the music video also features DJ Steve Aoki. It was made using content-creation tools such as VoxEdit and Game Maker found on The Sandbox ‒ an Ethereum-based gaming metaverse.

(Main and featured image: Courtesy of The Sandbox)

Concept of ‘House I Built’

Through “House I Built,” Snoop Dogg correlates the trajectory of his career and life, which he built from the ground up in the real world, with constructing his ‘Snoopverse’ in the virtual world.

“Whether in the Metaverse or the universe, it’s about keeping it real, being yourself and making the most of every opportunity,” he said in a statement. The song is from his latest album, BODR, which was released via the record label Death Row Records in February 2022.

Future of The Sandbox-like platforms

Platforms such as The Sandbox are quickly gaining popularity among artistes and content creators, given their user-friendly attributes and play-to-earn blockchain version, which enables users to create their own avatars and access the various environments, hubs and games on the crypto-driven metaverse.

Arthur Madrid, CEO and co-founder of The Sandbox, said in a statement, “We are building a new entertainment platform where artists, talents of all kinds and brands can access a new generation of consumers that own and collect digital properties like LAND and digital memorabilia moments.”

Celebrities like Snoop Dogg are paving the way for a completely digitised future where artists would be able to build an entire universe dedicated to their personal brand and create avatars that can perform exclusive concerts privy to only their fans. “Snoop’s new, first-of-its-kind, Metaverse music video ‘House I Built’ provides a tangible example today but there is more coming very soon,” Sandbox CEO shared in the statement.

Watch the “House I Built” music video below:

Music Video Metaverse snoop dogg Crypto Market
You might also like ...
Gear
The first-ever NFT marriage certificate allows couples to marry in the metaverse
Gear
After the metaverse, now please welcome the foodverse
Gear
Meet APEFUEL, the official drink of the metaverse
Gear
The biggest metaverse influencers you should know about
Eesha Kulkarni
Eesha is a passionate digital nomad with a master’s degree in architecture and industrial design from Politecnico di Milano, Italy. A jack of all trades who enjoys writing art, architecture, travel and lifestyle features, she is found petting dogs, taking walks in nature and sniffing books in her free time.
Entertainment Culture Travel Lifestyle
Sign up for our newsletters to have the latest stories delivered straight to your inbox every week.