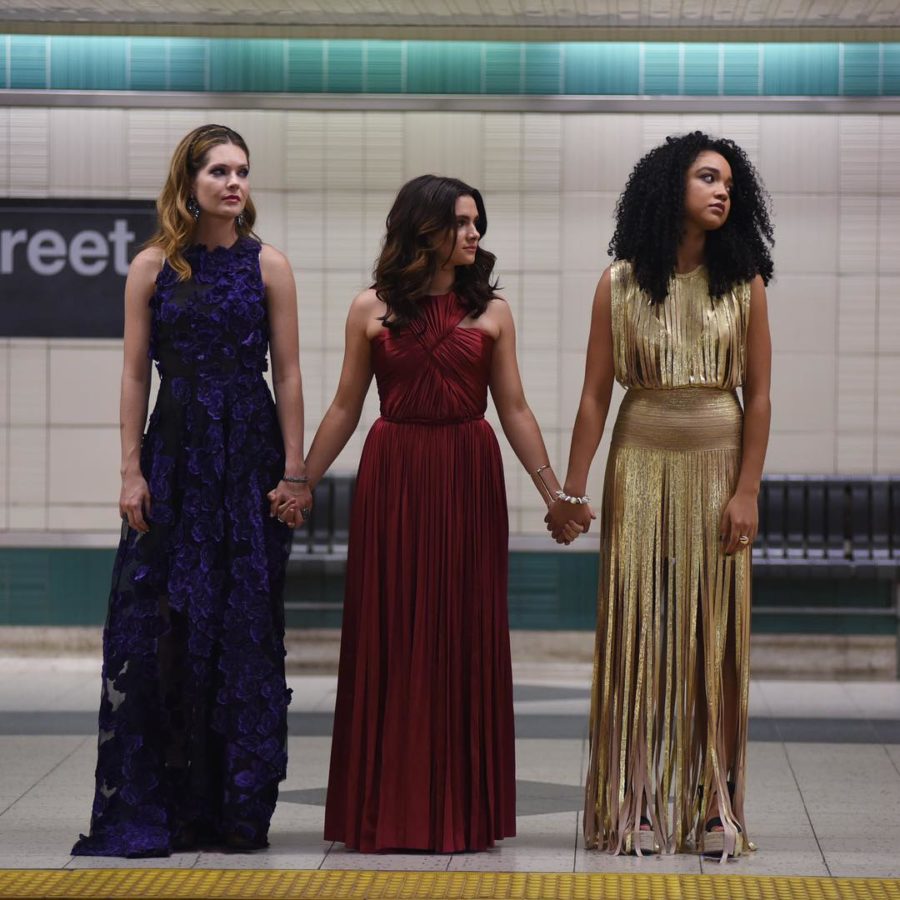 If you loved ‘The Devil Wears Prada,’ you’ll adore ‘The Bold Type’ on Netflix

Culture
If you loved ‘The Devil Wears Prada,’ you’ll adore ‘The Bold Type’ on Netflix
Share this article
Next article

It’s like The Devil Wears Prada in millennial times.

Imagine The Devil Wears Prada but with a nicer, motherly and more verbose Miranda Priestly. Or if her assistant Emily Charlton and Andy Sachs were actually best friends who had each other’s back when work emergencies exploded. Or simply the world of fashion magazines wasn’t portrayed as a dog-eat-dog-world where bitchiness, back-biting and snobriety. All of this with an added bonus of highlighting of issues like homosexuality, rape, work politics, patriarchy, feminism and so much more. Basically, the 2021 edition of a fashion world where inclusivity is key.

Style
The 20 best fashion moments from ‘Emily in Paris’

Intrigued? You should be, because Netflix’s new show The Bold Type is exactly that and more. It’s basically what our style-starved eyes were waiting to watch. We are ignoring the suggestions that Emily in Paris filled that gap. Coming back, the series originally launched in 2017, but it’s Netflix debut is what’s raised our fashion antennas. The series has four seasons already and one more in the pipeline, so you won’t be left craving more anytime soon.

To summarise, the show is about the lives of three young millennial women – Jane Sloan (Katie Stevens), Kat Edison (Aisha Dee), and Sutton Brady (Meghann Fahy) who work for Scarlet fashion magazine. Jane’s the writer, Kat the Social Media Director (twitter and Instagram are regular buzzwords) and Sutton is the personal assistant turned stylist. The women thrive in their fields all under the umbrella of the benevolent editor-in-chief, Jacqueline Carlyle (Melora Hardin). The show is said to be based on the life of longtime magazine editor and executive Joanna Coles, who also serves as an executive producer for the show.

Now, coming back to the fun part. The show hits home with its characters, conversations and yes, issues. The chemistry between the girls is so immense the way they support, motivate and tease each other is relatable and woke. We jot down our favourite fashion types that make this show so very binge-worthy.

Short skirts, knee high boots, peasant blouses and frilly tops, Jane Sloane’s aesthetic is that of a preppy high school cheerleader. She might be writing sex coloumns about yoni eggs but her prude attitude fits perfectly with her uptight look.

Kat Edison’s personal style completely reflects her personality. She can go from sophisticated to spunky in a drop of hat. From the Herve Leger bandage dress in the pilot to deconstructed shirts, floral patterns and fun accessories, her eclectic choices have ‘colour me impressed’.

Get a lesson in making an impact from Scarlet’s Editor-in-chief Jacqueline Carlyle in the episode ‘The Woman Behind The Clothes’. The red satin pantsuit from Haider Ackermann and her declaration that “Kamala Harris is the next Elizabeth Warren” are so on-point it’s uncanny. Remember, The Bold Type is a 2017 show.

A special mention to Scarlet magazine’s fashion director, Oliver Grayson (played by Stephen Conrad Moore) who keeps us hooked with his eccentric pieces and colour choices.

Intrigued or sold. Either way, The Bold Type is a perfect choice for those who love fashion but don’t really have a type.