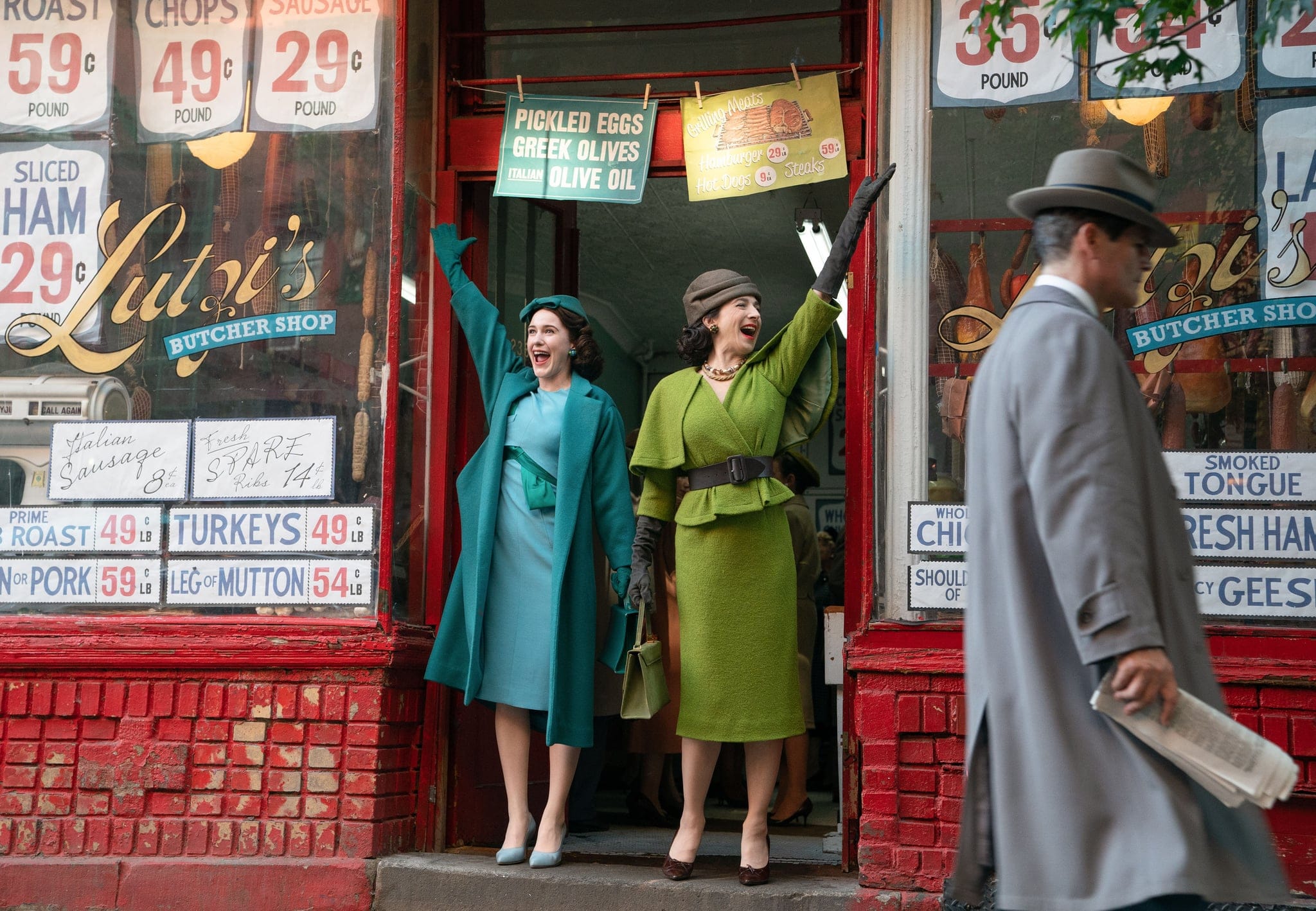 When Rachel Brosnahan broke into our television screens in 2017 as the sparkling Mrs. Midge Maisel – a charming New York housewife in the 50’s who puts everything at stake (including a chance to re-unite with her estranged, cheating husband) to pursue her dreams of picking up the mike as a stand-up comic – she clearly broke new ground as well. Season one of ‘The Marvelous Mrs. Maisel’ sealed Midge’s position as one of the wittiest, most charming and exuberant on-screen characters. And the Amazon series went on to bag eight Emmy awards this year.
Naturally then, 2018’s much awaited season two of The Marvelous Mrs. Maisel came riding high on expectations.


In the latest edition, Midge’s trials with making it as a stand-up continue. While she knows by now, she’s quite marvellous – it’s the prejudice of those around her that she must bust, including that of her family. Armed with her very committed manager, Susie (Alex Borstein) who is often found trying to untangle herself from tricky situations, Midge is certain things will fall into place. This, despite Sophie Lennon, an established comic, tolling Midge’s professional death knell by having her blacklisted from almost every club in New York owing to a tell-all act on Sophie by Midge in Season one.

But first, before most of this pans out, the show moves to glorious Paris and then for a summer stint at Catskills, New York. At the very beginning of the series, Midge’s mother Rose (Marin Hinkle) leaves Abe (her father) in a bid to reconnect with herself. She chooses the Parisian way of life – a small, shabby pad in Paris in contrast to her spiffy Upper West abode, and her days are spent in cafes with wine, cheese and lot of talking in French. Abe (Tony Shalhoub) chases after her to Paris not realising the full extent of the issue and soon finds himself adopting this lifestyle too. As they revel in the French way of life, we soak in the inimitable charm of Paris. A beautiful sequence of Abe and Rose dancing one evening by the Seine is one of the most romantic scenes in the series.

There seems to be romance brewing in Midge’s life too – with Benjamin, a doctor she meets on a family vacay to the Catskills mountains. Of course, estranged husband Joel too is hanging around in the series, trying to make amends with Midge, fix his flailing family business, and score some girls!
After a tight first two episodes, much of the narrative of Season Two hovers around too many sub plots. Even Joel’s parents, Moishe and Shirley get a lot more screen time in Season two. There is also the issue with Midge’s day job where she has been demoted from the make-up department at B. Altman. But with an impromptu stand-up act in Paris, followed with a few more unabashed, downright hilarious sessions with the mike later in the show, The Marvelous Mrs. Maisel 2 keeps the humour and wit alive. The dialogues are spunkier and funnier, keeping the meandering narrative engaging. Brosnahan is terrific as Mrs. Maisel, owning every scene. And Borstein as Susie is a hoot, every dialogue and expression of hers dripping in sarcasm and wry wit will have you in splits.

And what’s not love in a series that has also got its production design (Bill Groom) and costumes (Donna Zakowska) so correct. Each of Midge’s look in this season is enviably spiffy if you’re a fashion buff. Whether it’s her coordinated swing coats and hats in Paris or her pencil skirts hugging her curves in New York City or her summer looks in bikinis, summer dresses and shorts, Mrs. Maisel aces them all. And then there is her trademark black dress and pearls reserved for when she is in the spotlight on the stage. Mrs. Maisel’s ensembles are one of the stand-out features in series, making her a fashion icon of sorts. In one scene, Benjamin out on a date with Midge asks how she manages to match her shoes and purse perfectly, “It’s witchcraft,” she quips.
This one is a series to unwind to, on an easy weekend with some wine for company.
Cast: Rachel Brosnahan, Alex Borstein, Marin Hinkle, Tony Shalhoub, Michael Zegen, Zachary Levi
Director: Amy Sherman Palladino, Scott Ellis, Daniel Palladino, Jamie Babbit
Writer: Amy Sherman Palladino, Dan Palladino
Season: Two
Comedy Emmy Awards stand-up comedy Amazon Prime Web Series
Sreeparna Sengupta

Sreeparna has been director and producer of shows on movies and entertainment for the last 14 years, for some of the biggest media houses, including Zoom and Times Now. She has been reviewing movies for a living for the last two years while working as a freelance writer / editor and content developer.