COVID-19 has certainly dominated every aspect of our lives — even TV shows.

As television shows and series turn up for their latest seasons, some of them have turned towards applying the pandemic into their storylines to keep the viewers on their toes. From obvious medical dramas like Grey’s Anatomy to sitcoms, COVID-19 has officially infected TV plots, too.

In the opening scenes of the latest season of long-running hospital drama “Grey’s Anatomy,” Meredith Grey enjoys a quiet moment alone on a beach.

She suddenly emerges from the dream, exhausted, in full PPE, in a frantic emergency room.

“I think we have a responsibility to really show what these health care workers have been going through,” series star Ellen Pompeo said in a recent Deadline interview.

At a time when many Americans are “irritated with wearing a mask” and “disconnected” from the challenges facing hospitals, the latest season of “Grey’s” offers “an opportunity to tell the story of how hard this is for our health care workers,” she said.

Diane Frolov and Andrew Schneider, showrunners for NBC’s “Chicago Med,” told AFP that “as a hospital show, we knew we’d have to deal with the pandemic.”

“So far it plays if not a direct then a tangential role in every one of the new episodes,” said Frolov and Schneider about the show’s sixth season, which premiered on November 11.

“Even if we’re not doing Covid patient stories, the virus has profoundly changed protocols and procedures in the hospital.”

Other medical shows like ABC’s “The Good Doctor” have already tackled the virus, while “New Amsterdam” and “The Resident” are ready to follow suit in 2021.

To touch or not to touch

Outside of hospital settings, US network shows have also incorporated elements of the pandemic’s impact.

NBC’s hit drama “This is Us” has members of the Pearson family sheltering at home, and matriarch Rebecca having to postpone an Alzheimer’s clinical trial, because of coronavirus.

ABC’s “The Conners” put its own spin on the issue, addressing the pandemic through the financial hardships it has created for the sitcom’s characters.

“For a family that is always struggling economically and lives mostly without a safety net, the economic impact of this was something we felt we had to write about,” said Dave Caplan, writer and executive producer of the show spun off from “Roseanne.”

Initially trying to get her career as a writer off the ground, Darlene Conner is forced to get a job at a local factory, working alongside her sister Becky who is also struggling financially.

Their father is on the verge of being evicted.

“We don’t shy away from going to a very serious place for some of the subjects, which allows us to also exploit that tension with humor,” explains writer and co-producer Bruce Helford.

“We’ve always found that the biggest laughs come when the audience is a bit uncomfortable and then they’re allowed to just laugh at it.”

“Finding the comedy and the humor is actually easier because these are brand new circumstances that haven’t been dealt with before,” which is very rare, according to Helford.

“The Conners” also made a conscious effort to portray the nation’s stark political divisions over the pandemic and its handling.

Darlene’s son Mark is confronted at school by a boy whose family opposes Covid restrictions.

“We touched on it because you can’t ignore it,” said Helford. “And we tried to do it evenhandedly.” 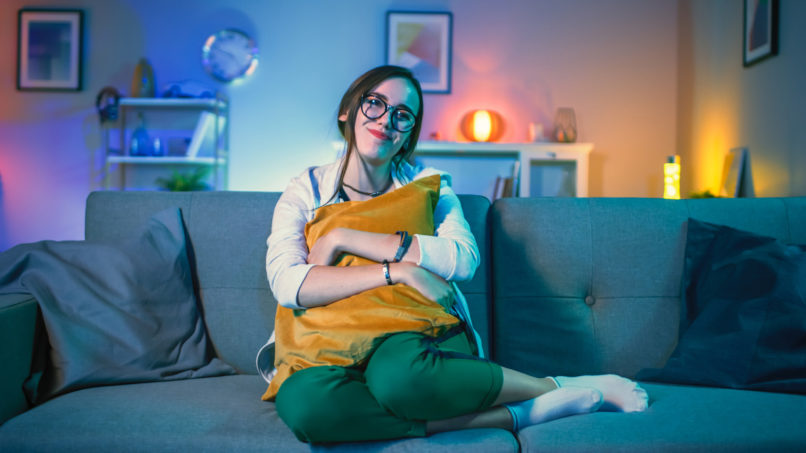 The ‘More important’ ones

In addition to existing shows, streaming platforms and cable channels have tried putting together new series centered on coronavirus, like HBO’s “Coastal Elites” or Netflix’s “Social Distance” — but with no real success.

At the other end of the scale, many shows have offered a dose of escapism by completely leaving out Covid, sometimes because they were shot before the pandemic hit — such as recent Netflix hit “Emily in Paris” or CBS’s “Mom.”

Last spring, writers on “The Neighborhood,” a CBS comedy which revolves around a white family moving into a Black neighborhood, were pondering whether to address the pandemic in season three, recalled actor Cedric the Entertainer in an interview with TVLine.

“And then George Floyd happened, and it just felt like a more important (conversation).”

Culture Entertainment Netflix tv shows covid-19
You might also like ...
Style
The must-have accessories that unexpectedly ruled fashion in 2020
Culture
4 feel-good shows to cure your Monday blues
Culture
Editor’s Picks: Netflix movies and shows that made us scream
Culture
10 pandemic-themed tv shows and movies to watch because why not
Staff Writer
Entertainment