Home > Culture > Entertainment > Cheat Day: what your favourite K-pop idols like to eat, from tteokbokki to tonkatsu 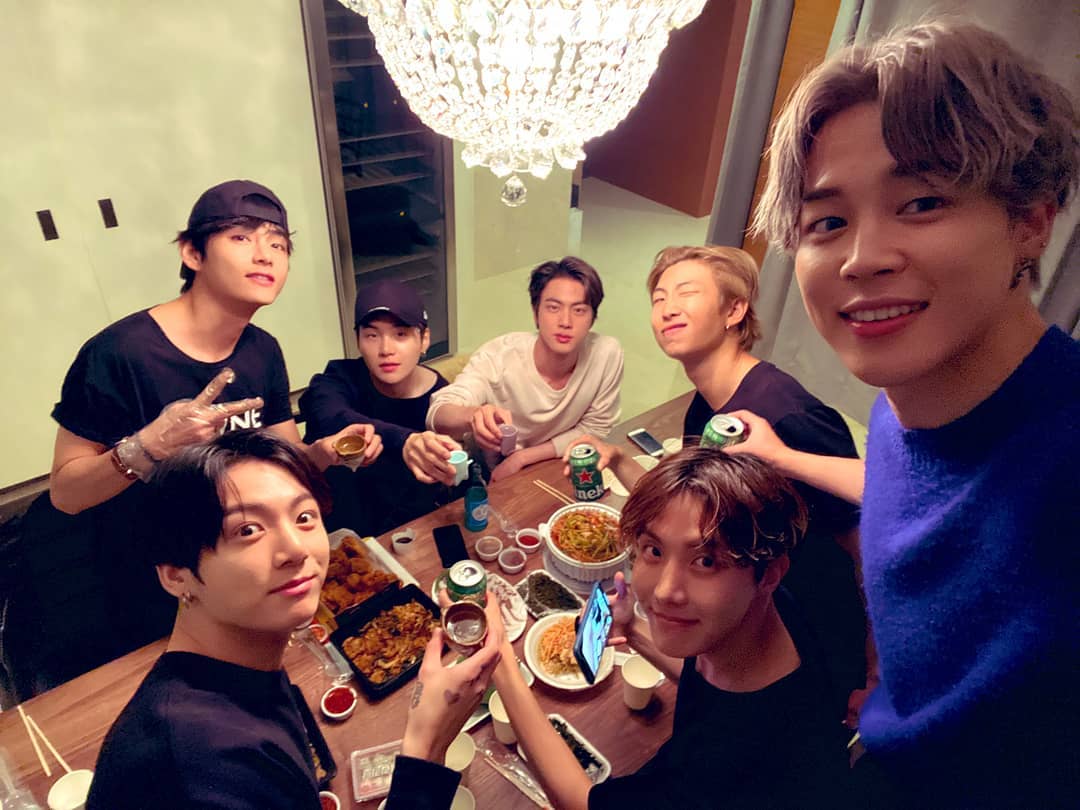 Cheat Day: what your favourite K-pop idols like to eat, from tteokbokki to tonkatsu

Culture
Cheat Day: what your favourite K-pop idols like to eat, from tteokbokki to tonkatsu
Share this article
Next article

What does Lisa Blackpink like to eat in her spare time? Here’s what your favourite K-pop idols are enjoying on their cheat days.

Everything Korean has caught the world’s fancy, and so has everything that Korean artists do. Whether it is music, fashion, cinema, beauty products or food, fans around the world are always curious to know more.

One of the things that interest K-pop fans is the foods their idols love. So much so that mukbang, a South Korean live-streaming show where viewers watch hosts consume copious amounts of food, has become a worldwide trend on social media.

Some of the favourite foods of K-pop idols

Gopchang is the intestine of cattle. Singer-songwriter Hwasa is a fan of everything that has this ingredient — from grilled gopchang to gopchang fried rice, she loves them all.

Here’s how you can prepare it.

BTS member Jin not only cooks well but also relishes food like a true foodie. One item that tops his list of favourites is Korean fried chicken.

Meanwhile, RM, who is the K-pop group’s leader, and fellow vocalist Jungkook have a sweet tooth. Rapper J-Hope’s favourites are japchae (thin glass noodles). As per reports, other K-pop idols who love fried chicken are THE BOYZ’s Hyunjae, Highlight’s Doojoon, SHINee’s Onew, and EXO’s Kai.

You can also prepare the delicacy with the help of this recipe.

Ganjang gejang, or fermented raw crab cooked with soy sauce, is BTS member V’s favourite, he revealed in a chat with Hanako magazine. The dish is usually served with rice and spicy kimchi.

The dish is one of J-Hope’s favourites too. Reports suggest that K-pop icon Hwasa also loves ganjang gejang and has it with kim bugak, or seaweed crackers.

Those who have watched Netflix’s most-watched show Squid Games will be familiar with this popular Korean street food. These stir-fried rice cakes, coated with sweet and spicy red sauce, can be eaten alone or teamed up with eggs and fishcakes.

Here’s how you can make the dish.

Another favourite among K-pop idols is tonkatsu, a Japanese pork cutlet that is coated with panko bread crumbs and then deep-fried. One can also replace pork with beef or chicken. The scrumptious dish is usually complemented with shredded cabbage and garnished with a savoury sauce.

As per reports, stars who love to eat Tonkatsu are BTS’s Jimin, EXO’s Chanyeol and TWICE’s Tzuyu.

Find the recipe for the must-try dish here.

Here’s how you can make it.

On the JTBC show Girls Who Eat Well, singer Tzuyu revealed her favourite childhood snack. It turned out that the snack was nothing but mixing crumbled cookies with rice. Quite a chalk and cheese, she confessed that the combination tastes delicious.

What’s better than slurping some hot stew on a chilly day? Many K-pop artists will approve of it too. The best thing about stews — they come in different varieties, from kimchi (pickled and fermented vegetables) stew to bean paste stew.

Want to try out some stew at home? Check out how to make the Korean soybean paste stew.