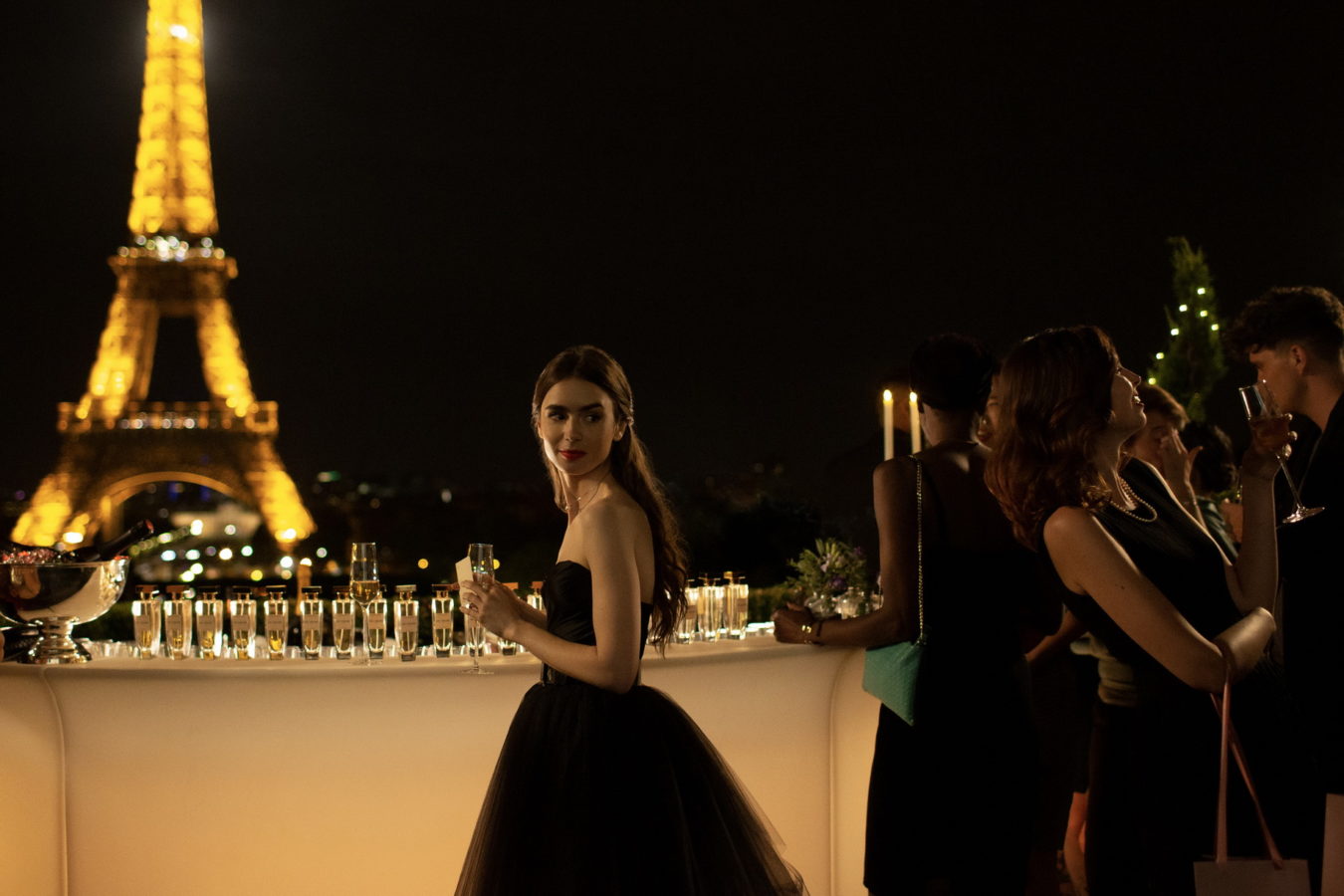 There’s no doubt that every time we sign in to Netflix, we end up spending half an hour deciding on something new to watch — or worse, ending up re-watching something we already know. That’s why, to shake things up this season, we’ve listed new movies and series you could cherish this month on Netflix Thailand.

Are you ready to be spooked? Just in time for Halloween, we’ve got some special new series for you. Grab your pumpkin spice lattes and popcorn to get on-board for some binge-watching this October.

BLACKPINK: Light up the sky

The record-breaking Korean girl band has stolen our hearts over the years, and now they are here to tell their story with their very first documentary. From becoming the first female Korean group to perform at Coachella to leading sold-out world tours, BLACKPINK is continuing to reach new heights in their career. BLACKPINK fans, here’s a treat for you to get to know your favourite band girl more closely as they reveal the challenging journey of their dreams and stardom.

In the world of competition where people are trying their luck in start-up companies, here’s a story of young passionate individuals pursuing their dream. A young entrepreneur teams up with her first love to launch the next big start-up in Korea’s Silicon Valley, possibly reigniting an old romance on the way to success. The main characters will be played by Bae Suzy, Nam Joo-Hyuk, Kim Sun-Ho, and Kang Han-Na.

If Sex And The City was your fashion bible while growing up, then consider Emily in Paris your style guide. Emily, an ambitious young marketing executive from Chicago unexpectedly lands her dream job in the city of love — Paris. Welcoming an exciting new journey filled with intoxicating adventures and surprising challenges, this series explores how Emily manages to balance her work, friendship, and romance. We totally recommended binge-watching the series this weekend as it might just rekindle your long-lost love for fashion and the flavour of life. 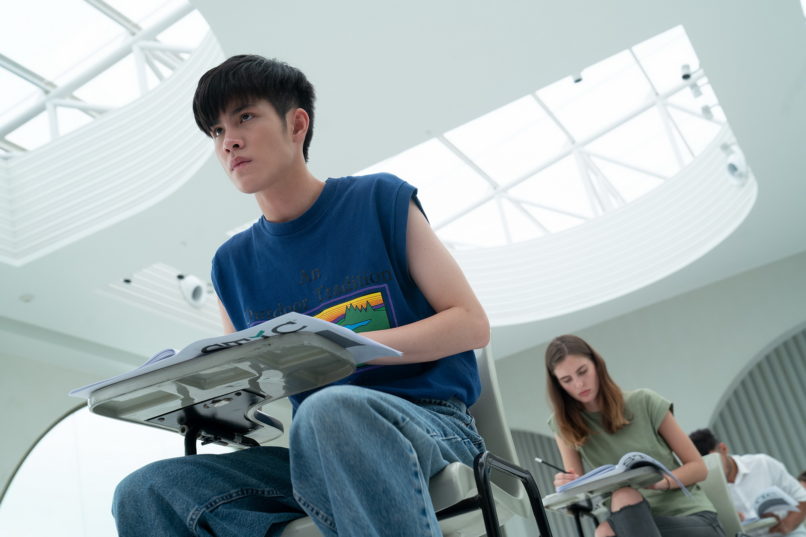 You may ask: is this series as good as the movie? Whilst the movie may have started with a quest to cheat on the national school exams, Bad Genius: The Series delves deeper into the lives of the characters, giving us a sweet insight into the main characters’ lives. Exploring the theme of social criticism and moral code, the series draws a bigger picture of the Thai education system.

The Haunting of Bly Manor

Are you down for a gothic romance horror story? Just in time for Halloween, the second chapter of the anthology series, The Haunting of Hill House, is here to take us on a haunted journey. Based on the spooky stories of Henry James, The Haunting of Bly Manor is the story of an au pair plunging into an abyss of chilling secrets.

Based on the cold war period and playing in a Kentucky orphanage in the 1950s, a young girl discovers an astonishing talent for chess while battling addiction and the struggle that comes along with having a genius gift. This gripping coming-of-age miniseries is based on the 1983 novel of the same name by Walter Tevis. If you’re in the mood for some drama, it’s checkmate.

How to Get Away with Murder: Season 6 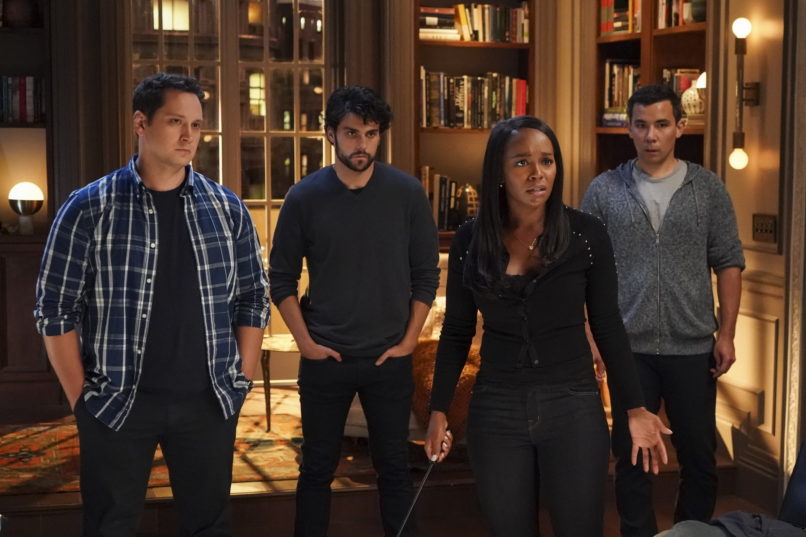 Although How to Get Away with Murder wrapped its sixth season early this year, it’s now available to binge-watch on Netflix. Guilt, deception, disappearances, and unsolved deaths beset Annalise and those around her as calamity continues to loom.

This Halloween, Netflix drops a new original movie to spruce up your festive spirit. Hubie Halloween is a story about Hubie Dubios (Adam Sandler) who is not exactly the popular kind of guy among kids and adults, despite his sincere devotion towards his hometown of Salem, Massachusetts. It’s October 31st in Salem, and Hubie finds himself stuck in the midst of a real investigation for murder. How does he unravel this mystery?

You’ve read the book, now watch the magic on screen, once again. It’s been long since we watched Crazy Rich Asians in the cinema, and now that it’s coming to Netflix, guess what we will be watching at our sleepover next weekend? Crazy Rich Asians is a story about Rachel Chu who is happy to accompany her longtime boyfriend, Nick, to his bestie’s wedding in Singapore. Rachel is taken by surprise when she comes to know that Nick’s family is extremely wealthy and he happens to be one of the country’s most eligible bachelors. Now, Rachel must battle with jealous socialists and quirky relatives, but more than anything, Nick’s disapproving mother.

There’s always something exciting about watching romance uncover mystery after mystery. Rebecca is a story of a young newlywed woman who arrives at her husband’s imposing family estate on a windswept English coast. She finds herself battling the shadow of his first wife, Rebecca, whose legacy lives on in the house even after her death. A mesmerising and gorgeously rendered psychological thriller based on Daphne du Maurier’s beloved 1938 gothic novel, Rebecca is a juicy one to watch this season.

In the mood for an exhilarating musical adventure? A passion for science leads a bright young girl to build a rocket ship to the moon to prove that there is a legendary Moon Goddess. Her determination fuels her to end up in an unexpected quest and discover a whimsical land of fantastical creatures. Directed by animation legend Glen Keane, Over the Moon is all about embracing the power of imagination and the unexpected. 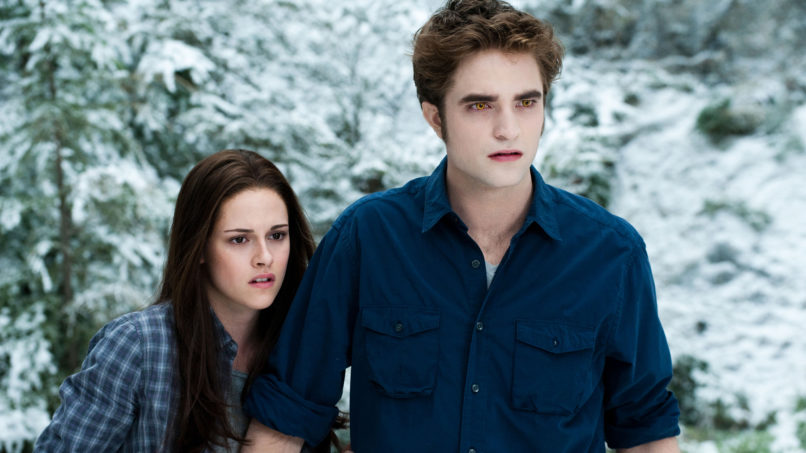 Team Edward or Team Jacob? That’s still a hard question for us to answer, but to make it easier for all the Twilight fans, you can now stream the Twilight saga on Netflix. The series of five romance fantasy films based on the novels by author Stephenie Meyer is about highschool student Bella Swan (Kristen Stewart) who moves away from Arizona to live in Washington State where she meets Edward Cullen (Robert Pattinson), the handsome mysterious teen who happens to be a vampire. Bella finds herself entangled in a dangerous romance and finds her soulmate in an immortal being.

Culture Entertainment Movies Twilight what to do tv shows Binge-watching Netflix Thailand Blackpink Netflix Thai Series Netflix & Actually Chill Emily in Paris Bad Genius
Alisha Pawa
Writer
Alisha is a passionate dancer and is always creating her own choreographies. She is a fan of rom-com novels, a coffee-drinker who loves tea, and is always on-the-go for her midnight chocolate cravings. She hopes to tick-off her never-ending bucket list one day by hosting her own travel show.
Beauty Fashion Arts and Culture Travel

This month in memes: November 2021