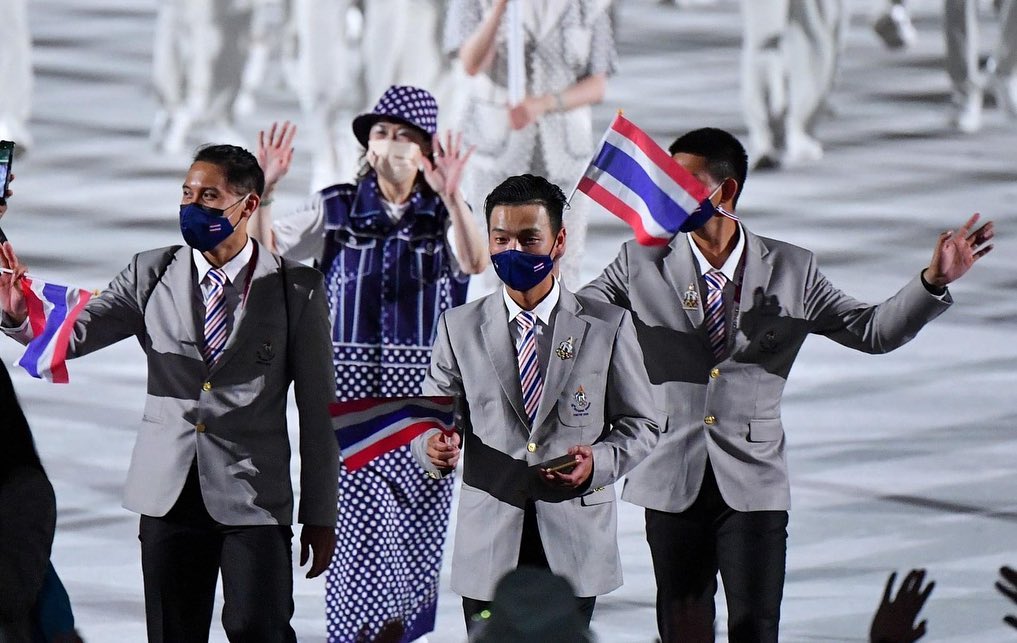 There are many Thai Olympians who are representing Thailand at the Tokyo 2020 Olympic Games this year.

The Thai team consists of 41 athletes, partaking in 15 different sports. The 15 men and 26 women will be representing the country, so make sure you remember who they are when you watch their games. Here’s a little Who’s Who.

The two athletes partaking in the athletics category are Kieran Tuntivate and Subenrat Insaeng. Kieran is an American Thai Olympian who is running for the men’s 10,000 meters race. Subenrat Insaeng is partaking in the women’s discus for the field events. This discus thrower holds the current national record for the throw set in Taipei City in 2015. You catch these two Olympians when the athletics programme opens on 30 July 2021.

We have already seen a sneak peek of what the Thai badminton team is capable of. This year, there are 6 Thai athletes representing the country. Kantaphon Wangcharoen is playing for the men’s single. Ratchanok Intanon and Busanan Ongbamrungphan are playing for the women’s singles. For the doubles, Jongkolphan Kititharakul and Rawinda Prajongjai are taking part, and Dechapol Puavaranukroh and Sapsiree Taerattanachai are playing the mixed doubles.

The two cyclists that have qualified are Chutikan Kitwanitsathian and Jutatip Maneephan. Both women are cycling in two different categories. Kitwanitsathian is riding in the BMX category, while Maneephan qualified for the Olympics through the top 100 individual finish for women in the UCI world ranking.

For the first time, Thailand has qualified for the canoeing category in the Olympics. The sprint consists of a race in the flatwater course over four distances: 200, 500, 1000 and 5000 meters. Orasa Thiangkathok has taken Thailand into this Olympics sport in the 200 meters.

Thailand has entered four Thai athletes for gold in the Tokyo 2020 Olympics. The two men who qualified are Gunn Charoenkul and Jazz Janewattananond. The two women taking part are Ariya Jutanugarn and Patty Tavatanakit.

The judoka who entered the 2020 Olympics is Kachakorn Warasiha. Competing in the women’s 52kg, Warasiha did not advance but her representation of the country did not go unnoticed.

Nawamin Deenoi and Siwakorn Wongpin qualified for the Men’s lightweight double sculls. Although they did not advance to the finals, we have not seen the last of them yet. Finishing at 7 minutes and 20 seconds, they should be proud of what they have achieved.

There are three Thai athletes competing in the sailing competitions: Natthaphong Phonoppharat, Siripon Kaewduang-Ngam, Kamolwan Chanyim. Phonoppharat has competed in the Men’s RS:X in the Rio Olympics four years prior. Siripon Kaewduang-Ngam has also competed in the previous Olympics under the same category. Kamolwan Chanyim is the first Thai woman who has qualified for the Olympics in a sailboat.

Two Thai athletes are playing the women’s singles for table tennis: Orawan Paranang and Suthasini Sawettabut. However, sadly they did not advance.

This one you are most likely familiar with. Thailand’s taekwondo legend, Panipak Wongpattanakit or “Nong Tennis” has made headlines as Thailand’s first Olympic gold medalist at Tokyo 2020, after her victory against Spain in the Women’s 49 kg event. Tennis definitely shot to fame, however she is not the only one to qualify for Thailand’s taekwondo team. Ramnarong Sawekwiharee is another Thai olympian we have had the pleasure of watching in the Tokyo 2020 Olympics. Sawekwiharee ended up ranking 7th in the competition.

People Events Athletes Olympics Tokyo 2020
You might also like ...
Culture
Tokyo 2020: the 10 hottest Olympic swimmers you should be following
Culture
Tokyo 2020: a closer look inside the Olympic Village
Culture
Olympic Games: 14 interesting facts you probably never knew
Style
The most stylish national team kits from Tokyo 2020
Nisha Nararidh
Nisha is a sneakerhead, always looking for a way to make her shoes the star of her outfit. You'll find her either blasting good music or baking in the kitchen, sometimes even at the same time. Other than that, you can find her watching Netflix, catching up on her favourites.

Venice Film Festival 2021: the best looks from the red carpet