Home > Culture > Events > From Souza to Sher-Gil: 5 incredible works up for grabs at Astaguru’s auctions this week 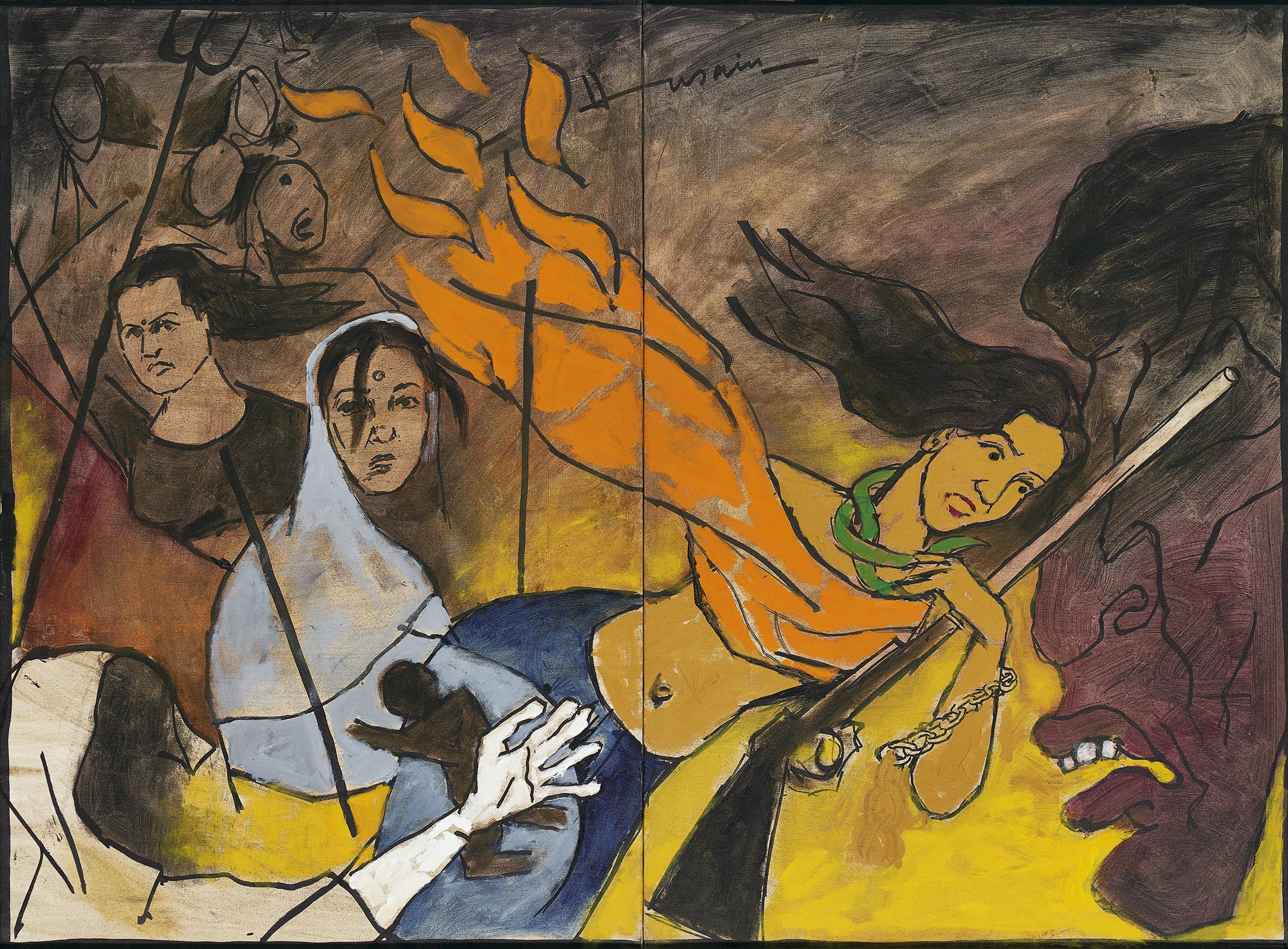 From Souza to Sher-Gil: 5 incredible works up for grabs at Astaguru’s auctions this week

Culture
From Souza to Sher-Gil: 5 incredible works up for grabs at Astaguru’s auctions this week
Share this article
Next article

The next 10 days will see two auctions showcase some of the most iconic works in Indian art. From FN Souza to Jamini Roy, MF Husain to SH Raza, Astaguru is set to host two separate Modern Indian Art auctions from December 19 to 20 and December 21 to 22, respectively. A first of its kind displaying contemporary art by prominent Indian artists only, the auctions will carry antiques, collectibles, memorabilia, numismatics and philately, vintage cars and historically significant pieces. Whilst the first will be a ‘no reserve’ one and held online, the second will be a traditional auction. Featuring historically and politically significant works and national treasures from some of India’s best artists, here are the five artworks to take note of at these auctions.

This series was a three-decade long journey, sparked by Raza’s epiphany that his art was devoid of feeling of Indian aesthetics. It started in the 1970s, when the artist grew dissatisfied with his work, and chose to deviate from French rules, returning to his home country to amalgamate spirituality into his art. As he learnt about kundalinis, mandalas, and chakras, Raza interspersed this new knowledge with research on colours, diagrams, and structures. Perceiving these in his own unique way, he created ‘Bindu’ — a collection of shapes, geometry, and colours as interpreted by him.

An oil on canvas work of art, it is the second and concluding piece of Sher-Gil’s self-portrait series. The first, ‘Self Portrait with Long Hair 1’ was painted in 1932 and this followed in 1934. The artist is said to have gained maturity in the particular genre with this artwork, as the preceding year saw her produce maximum number of mirroring self-portraits.

A part of Husain’s series called ‘Mother Teresa’, this is an acrylic on canvas work from 2003. The juggernaut is a massive 5.5 ft x 15.5 ft. He first embarked on the series in 1980, capturing the essence of not just Mother Teresa, but motherhood in general, with elements of the Virgin Mary and Husain’s own late mother coming up in the artwork. The series has been presented using influences from Renaissance painting and sculpture.

Painted in 1989, ‘Bisarjan’ was the concluding piece of Bhattacharjee’s ‘Durga’ series. Fierce eyes represent strength, while it’s juxtaposed with an element of vulnerability. The weariness from society’s judgement is depicted in this piece where he paints the god persona of a woman rather than the other way around. The artist creates an equilibrium between the woman’s resilient spirit and the existing dogmatic society.

The celebrated artist’s works have been declared as National Treasure, owning to their influence on India’s current art landscape. Merging the country’s heritage with modern day elements, Roy has applied as well as invented indigenous subject forms. His curiosity endured through his career, as he continued to use form and application to investigate realism and impressionist and folk paintings. His abstract sculptures came about by the 1940s, this rare Buddha artwork being a part of the same.

Art Art Gallery Auction Contemporary Modern Indian Art
Megha Uppal
Senior Associate Editor
An innate love for travel and food has translated into many a trips since childhood for Megha; it also fed her curiosity to know about local cultures. When not writing, she is on the lookout for three things: A great dark chocolate dessert, a beautiful pool where she can practice her backstroke, and art that she can save up for.
Travel Culture Food Drinks

Venice Film Festival 2021: the best looks from the red carpet