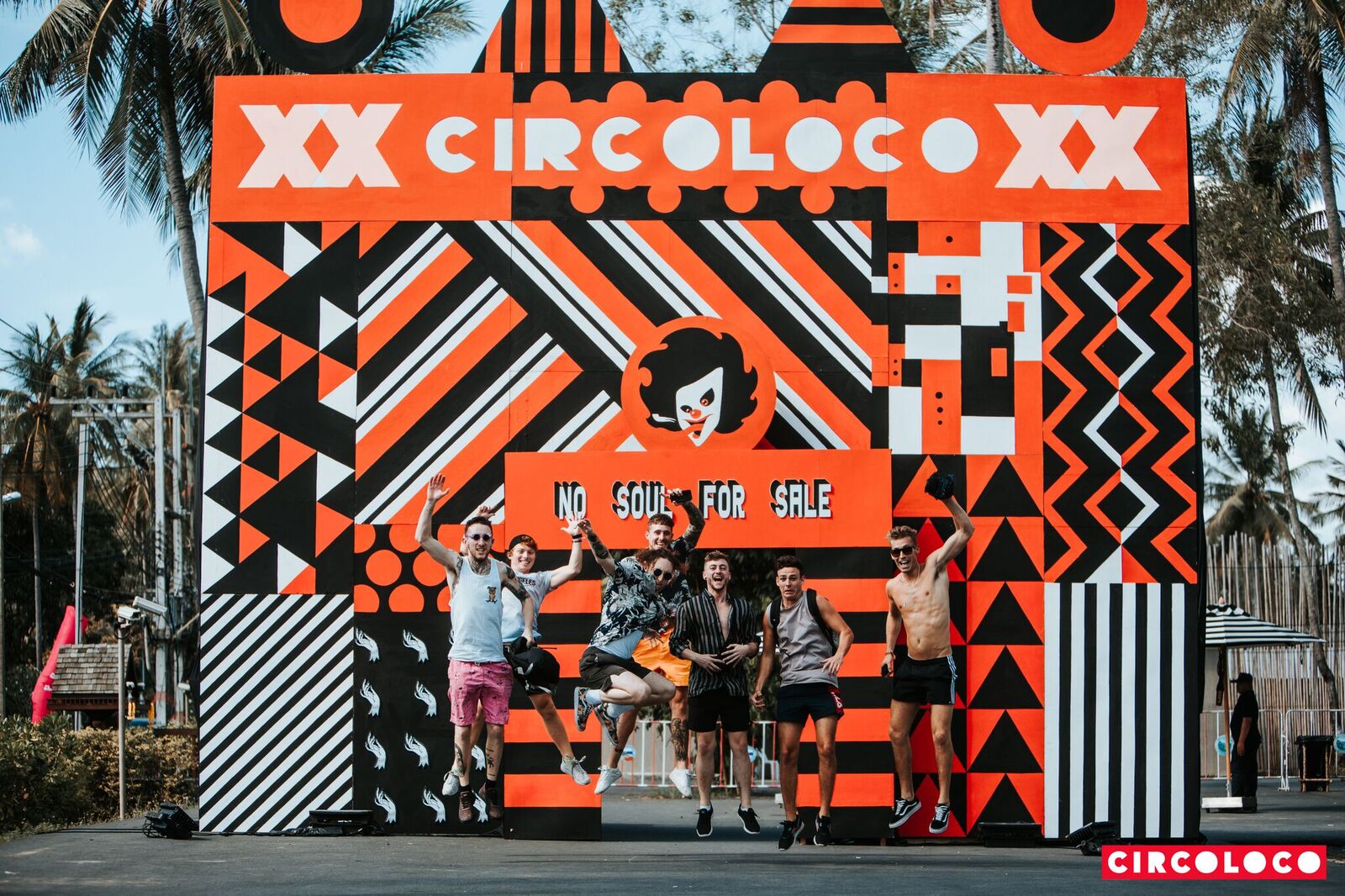 Circoloco returns the month, bigger, badder, and better. And as your trusted party-goers at only the best and most beautiful events, believe us when we say, it’s really worth booking a flight to Phuket for this year.

Yet of course, if you’re a diehard music lover and loyal follower of the brand, you would have already known that. Following the huge success of last January’s sold-out debut show, it is with great excitement that Circoloco returns to Thailand for 2020, bringing their iconic sound back to Southeast Asia — even with a second date added, due to wildly popular demand.

Hosted at Phuket’s infamous Baba Beach Club, check out five reasons why the globally-renowned festival is definitely worth checking out. Taking place throughout mid-January, it’s time to get psyched. Not one date, but two

It’s a true testament to just how crazy good last year’s event was.

For Circoloco 2020, party-goers can choose from two dates: Saturday 11 January, and Saturday 18 January. If you’re a superfan, definitely go for both. The highlight of any Circoloco event is the line-up. This year sees both the return and the new addition of many a big name, including Seth Troxler, The Martinez Brothers, Peggy Gou, Jamie Jones, Jackmaster, Jasper James, Bedouin, Mella Dee, Patrick Topping, Richy Ahmed, WAFF, William Djoko, and many more. Circoloco: a rite of passage

Did you know that Circoloco was first launched in 1999?

The name has been internationally recognised for over 20 years now, growing from one of Ibiza’s most iconic parties to a global brand with events around the world. In the underground music industry, playing at Circoloco has been described as a true “rite of passage”, as many a DJ had his or her career kickstarted after joining the line-up.

Circoloco as a brand has a real cult following, and it’s easy to see why. Since its beginnings, it has hosted almost every notable name in house and techno worldwide. Working closely with the local community, Circoloco isn’t only just about big names. Creating a collaborative space to converge both international and local music scenes, the brand continues to support local Thai artists. And with such a globally-recognised event being held in Thailand, continues too to develop Thailand’s underground music scene. Beyond the music, the location of Circoloco 2020 itself is worthy of a flight down to Phuket.

Baba Beach Club plays host to the event just as it did last year, transforming into an underground jungle paradise for two weekends.

The exclusive beach hotel and private residences have long been known for their luxury pool suites and private beachfront pool villas, designed in unique Chino-Portuguese Shanghai Tang style. Located just 20 minutes north of Phuket International airport, you could find yourself on the resort’s Natai Beach in just under 2 hours flight time from Bangkok.

But back to the music. With shuttles running from the resort to Circoloco, Baba Beach Club offers the perfect place to stay during the festival. The music lovers’ hotel is exclusively powered by a Funktion-One sound system, making it a really, really great pregame, too. Consider us sold.

Circoloco 2020 takes place on 11 January and 18 January at Baba Beach Club, from 2pm to 2am. Tickets and more information can be found on the event page.

Festival Music Baba Beach Club mco food drink Raze Technology
Lisa Gries
Creative Content Director, Bangkok
Lisa loves to travel, and is always on the lookout for the world’s best nap spots. She’s a serious Asian art history nerd, and has a knack for languages and coffee table books. She hopes to publish her own novels one day, one of which will likely be called ‘All The Great Conversations I Had In A Bangkok Speakeasy.’ It’s a work in progress.
Travel Drinks Dining Watches