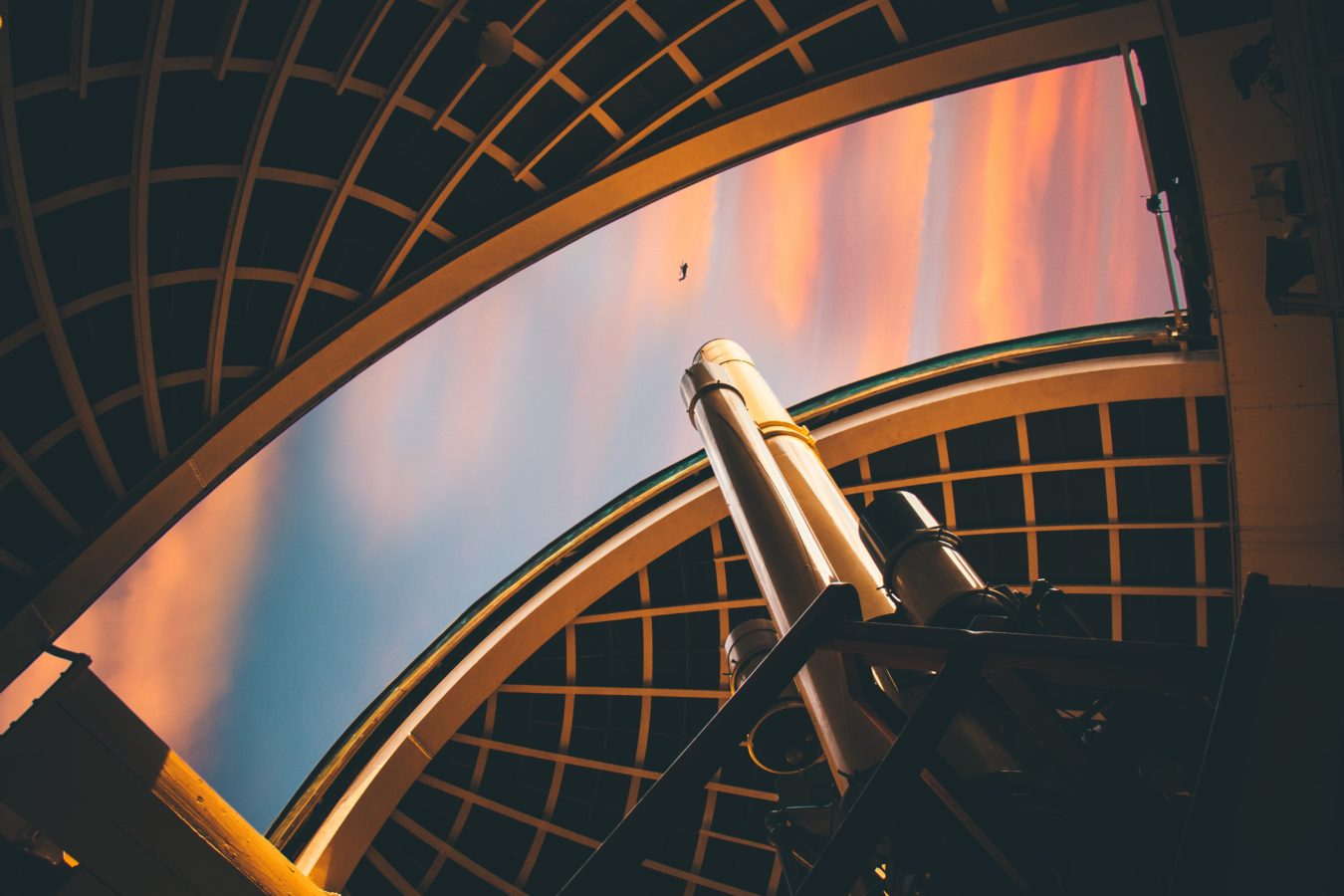 The most powerful space observatory ever built, a.k.a the James Webb Space Telescope, is set for launch on 25 December 2021.

An engineering marvel, it will help answer fundamental questions about the Universe, peering back in time 13 billion years. Here are five things to know. 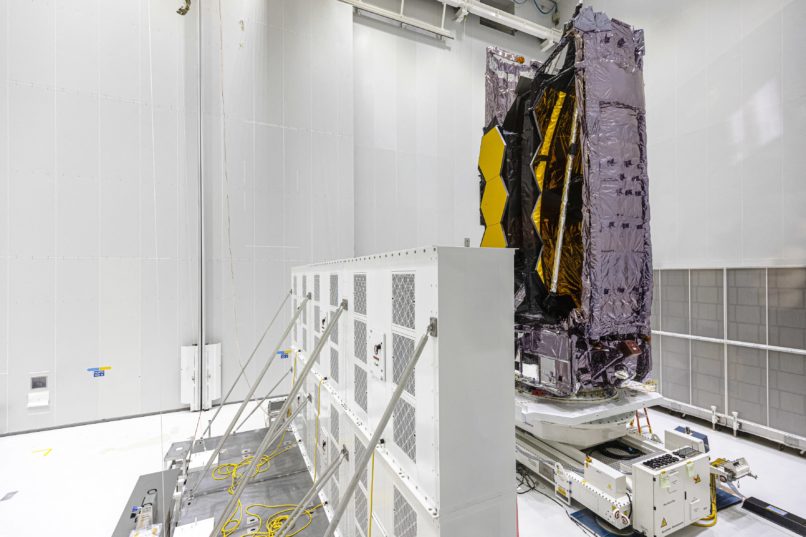 1. The James Webb Space Telescope is like a giant gold mirror

The telescope’s centrepiece is its enormous primary mirror, a concave structure 21.5 feet (6.5 meters) wide and made up of 18 smaller hexagonal mirrors. They’re made from beryllium coated with gold, optimised for reflecting infrared light from the far reaches of the universe.

The observatory also has four scientific instruments, which together fulfil two main purposes: imaging cosmic objects, and spectroscopy — breaking down light into separate wavelengths to study the physical and chemical properties of cosmic matter.

The mirror and instruments are protected by a five-layer sunshield, which is shaped like a kite and built to unfurl to the size of a tennis court.

Its membranes are composed of kapton, a material known for its high heat resistance and stability under a wide temperature range — both vital, since the Sun-facing side of the shield will get as hot as 230 degrees Fahrenheit (110 degrees Celsius), while the other side will reach lows of -394F.

The telescope also has a “spacecraft bus” containing its subsystems for electrical power, propulsion, communications, orientation, heating and data handling; all told, Webb weighs around as much as a school bus.

Living
This is 2021: a virtual house on Mars has been sold for over 15 million Baht

2. It will embark on a million-mile journey

The telescope will be placed in orbit about a million miles from Earth, roughly four times the distance of our planet from the Moon.

Unlike Hubble, the current premier space telescope that revolves around the planet, Webb will orbit the Sun.

It will remain directly behind Earth, from the point of view of the Sun, allowing it to remain on our planet’s night side. Webb’s sunshield will always be between the mirror and our star.

It will take about a month to reach this region in space, known as the second Lagrange point, or L2. While astronauts have been sent to repair Hubble, no humans have ever traveled as far as Webb’s planned orbit.

Because the telescope is too large to fit into a rocket’s nose cone in its operational configuration, it has to be transported folded, origami style. Unfurling is a complex and challenging task, the most daunting deployment NASA has ever attempted.

About 30 minutes after take-off, the communications antenna and solar panels supplying it with energy will be deployed.

Then comes the unfurling of the sunshield, hitherto folded like an accordion, beginning on the sixth day, well after having passed the Moon. Its thin membranes will be guided by a complex mechanism involving 400 pulleys and 1,312 feet of cable.

During the second week will finally come the mirror’s turn to open. Once in its final configuration, the instruments will need to cool and be calibrated, and the mirrors very precisely adjusted.

After six months the telescope will be ready to go.

4. The James Webb Space Telescope will explore life, the universe, and everything

Webb has two primary scientific missions, which together will account for more than 50 percent of its observation time. First, explore the early phases of cosmic history, looking back in time to only a few hundred million years after the Big Bang.

Astronomers want to see how the very first stars and galaxies formed, and how they evolve over time.

Its second major goal is the discovery of exoplanets, meaning planets outside the solar system. It will also investigate the potential for life on those worlds by studying their atmospheres.

The great promise of Webb lies in its infrared capacity.

Unlike the ultraviolet and visible light Hubble mostly operates in, the longer wavelengths of infrared penetrate dust more easily, allowing the early universe shrouded in clouds to come more clearly into view.

Infrared also lets scientists go further back in time because of a phenomenon called redshifting. Light from objects farther away is stretched as the universe expands, towards the infrared end of the spectrum.

Also planned are closer observations, in our solar system, of Mars and of Europa, Jupiter’s icy moon.

5. It has been decades in the making

Astronomers began debating the telescope that should succeed Hubble in the 1990s, with Webb’s construction beginning in 2004.

Launch has been pushed back several times, initially penciled for 2007, then 2018…mainly because of the complexities associated with development.

The observatory is the result of an immense international collaboration, and integrates Canadian and European instruments.

More than 10,000 people worked on the project, with the budget eventually snowballing to around $10 billion.

The mission is set to last for at least five years, but hopefully 10 or more.

Events Space science James Webb
You might also like ...
Living
After returning from space, what in the world is next for Jeff Bezos?
Gear
Blue Origin flight this July 2021: Jeff Bezos is all set to travel to space
Gear
The Virgin Orbit reaches space, paving the way for low-cost space travel
Style
Tantalum is the next rare space-age metal you’ll want in your watch
Lifestyle Asia
Here's where you can read the latest news and stories from Lifestyle Asia and our sister titles PrestigeOnline and Augustman, curated from all of our editions in Hong Kong, Singapore, Kuala Lumpur, Bangkok and India.
Luxury

Your survival guide for the first Mercury retrograde of 2022