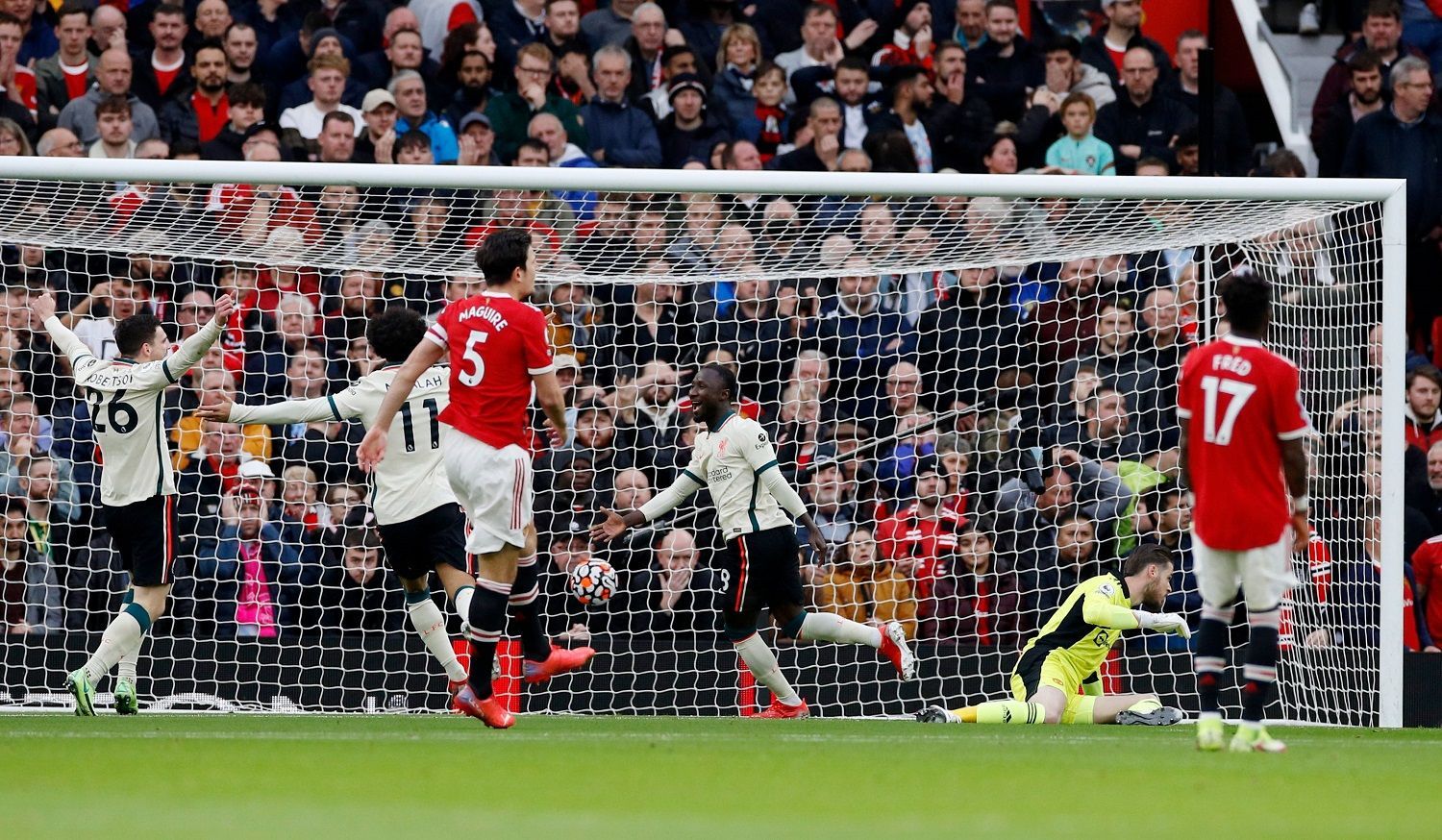 Football fans, this is for you. From Singapore to Thailand to Japan, here are all the pre-season football tours taking place across Asia this July 2022.

Some of the biggest European clubs are set to arrive in countries such as Thailand and Singapore for pre-season Asian football tours before their respective 2022-2023 seasons commence.

Football stars enjoy a commanding fan following in Asian countries, including Japan, South Korea, the UAE, and India. Icons like Lionel Messi and Cristiano Ronaldo have the status of demi-gods among the legions of fans across the continent.

Though most of the world’s best football clubs are in Europe and South America, there is no dearth of talent in Asian countries or clubs, as nearly all these nations play football and have their own leagues. Due to the game’s popularity, a special tournament known as the Premier League Asia Trophy is held every two years between any three or four EPL clubs in an Asian country.

On the national front, Japan and South Korea are significant because they are considered the two best Asian football teams, and both have successfully qualified for the FIFA World Cup multiple times. In fact, in 2002, South Korea became the first country outside of Europe and the Americas to reach the FIFA World Cup semi-final.

Asia is, therefore, a prominent market for everything connected to football. It means that the continent has brand endorsements and outreach worth billions, as it is home to over half of the world’s population.

This is one of the major reasons why several prominent clubs, such as Liverpool, Manchester United, Tottenham Hotspur, and Paris Saint-Germain (PSG), are embarking on a pre-season Asian football tour of countries where football has a solid presence, however, may not be as electrifying as in Europe or South America.

What is a pre-season tour?

An international pre-season tour is always held before the start of the actual season.

One of the ideas behind pre-season tours is helping team members come together after their holidays or national duties, usually occurring at the end of a league season. New transfers or new managers can acclimatise with the team’s overall environment and make adjustments to prepare for the gruel ahead.

More importantly, it is the pecuniary advantages that influence the pre-season schedules of some of the world’s best football clubs. A pre-season tour is an opportunity to expand the fan base of a club and build business interests in the form of sales of merchandise, big-ticket sponsorships, and television rights.

As for the game, a pre-season match is different from a regular-season encounter in the way that the former is less intense. It is like a friendly match between clubs, who might otherwise give their best to win, in a league match or a championship tournament.

8 pre-season Asian football tours to watch out for 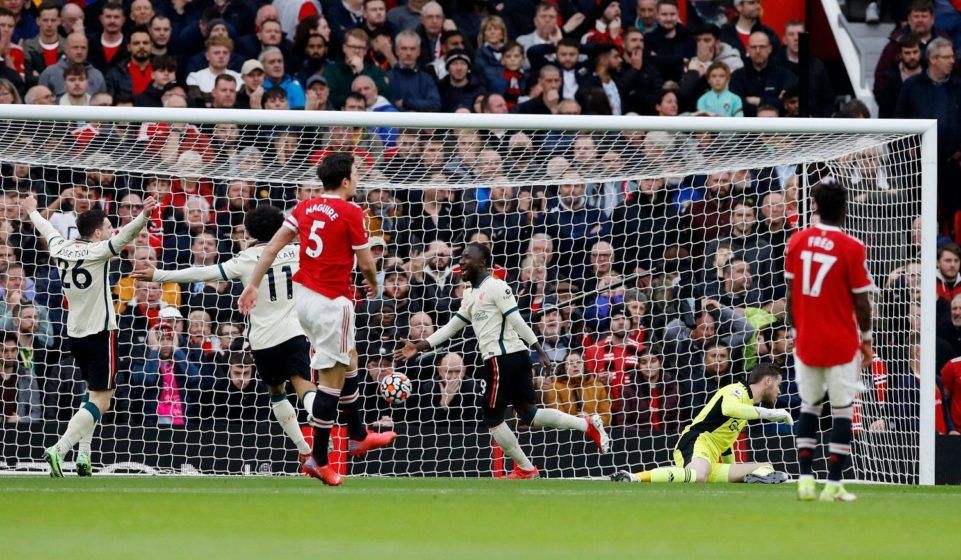 The heavyweight match of the South East Asian pre-season tour is between two of the most famous EPL teams of all time.

Manchester United’s 2021-22 season was a terrible nightmare. However, owing to Cristiano Ronaldo’s brilliant goal-scoring ability, the team managed to finish sixth on the EPL table.

However, the Red Devils now have a new manager, Erik ten Hag, who is in charge of the team. On 25 May 2022, the Premier League club announced that he will have his first pre-season game in Thailand.

On the other hand, Liverpool, under manager Jürgen Klopp, has had an excellent run in the tournaments of the 2021-22 season. They won the FA Cup and Carabao Cup and finished as runners-up in the Champions League 2021-22, which was won by Real Madrid. However, they lost the league championship by just one point to winners Manchester City.

Manchester United met Liverpool on two occasions in the last season and received drumming in both, losing 5-0 in the first and 4-0 in the second. They would like to get off the mark in this match itself, following which they can leave for Melbourne Cricket Ground (MCG) in Melbourne, Australia, for their pre-season match against Crystal Palace. 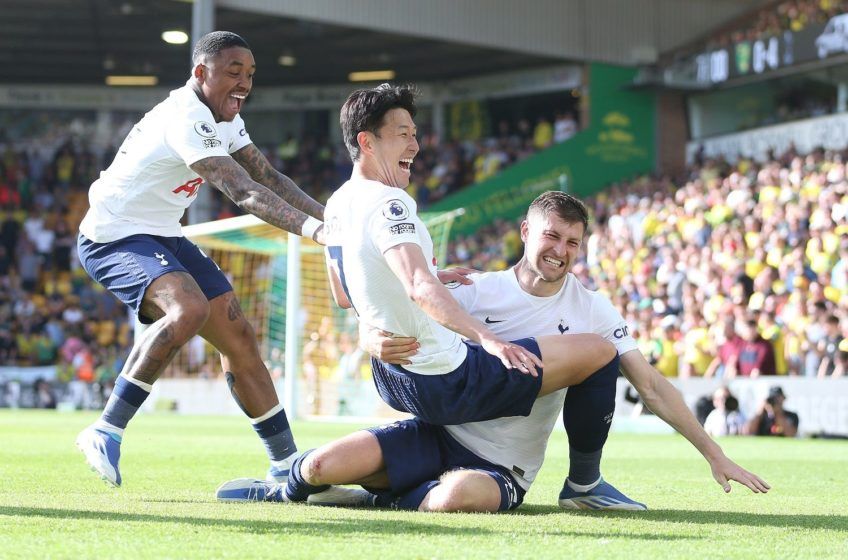 The Korean men’s national side captain, who plays for Spurs, hammered 23 goals in the 2021-22 EPL season to co-win the Golden Boot award with Liverpool’s Egyptian forward Mohamed Salah. Son is the first Asian footballer to win the award in any of the top five European football leagues. 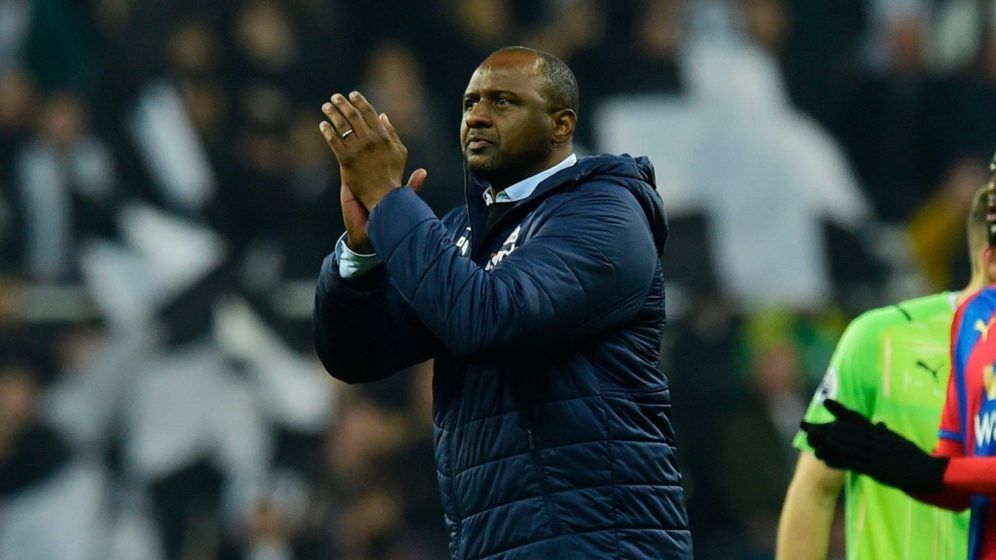 The pre-season 2022-23 Asian football tour of Liverpool is bringing them to Singapore in South East Asia for a match against fellow EPL side Crystal Palace.

FIFA World Cup 1998 winner Patrick Vieira took the reins of managing London-based Crystal Palace ahead of the 2021-22 season. He did quite well and placed the club at the respectable 12th place, two ranks above its position from the 2020-21 season. But, like Manchester United, Crystal Palace, too, could not defeat Liverpool.

So, it is likely that Jürgen Klopp will have the last laugh in the pre-season 2022-23 for Liverpool. 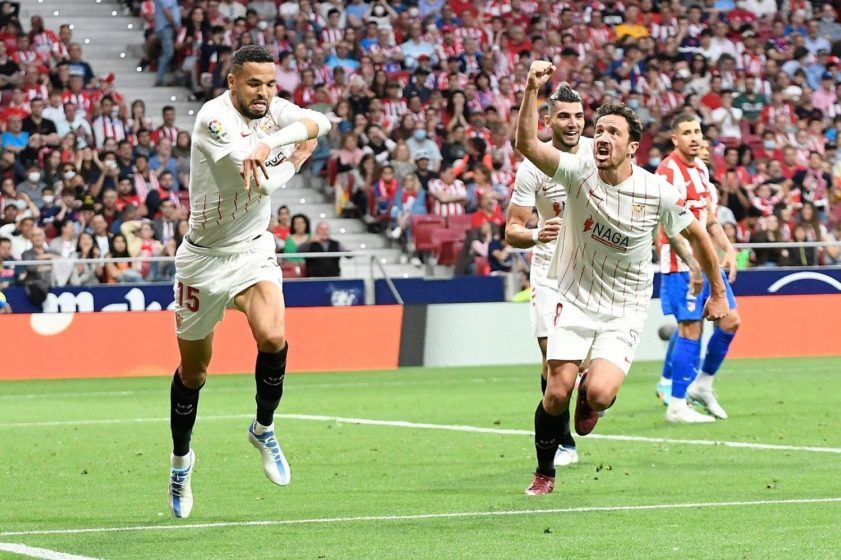 The second of the Coupang Play Series matches will be held between Spurs and La Liga side Sevilla. Both the English and the Spanish clubs finished fourth in their respective leagues in the 2021-22 season.

This could be one of the biggest highlights of the Asian pre-season tours of top European clubs. Spurs have been fantastic under manager Antonio Conte. Sevilla, too, has seen a dramatic transformation in its performance since Julen Lopetegui took charge in 2019.

Spurs and Sevilla met the last time in 2007 during the UEFA Cup — a tournament that was eventually won by the Spanish side. The first of their matches ended in a draw and Sevilla won the second. 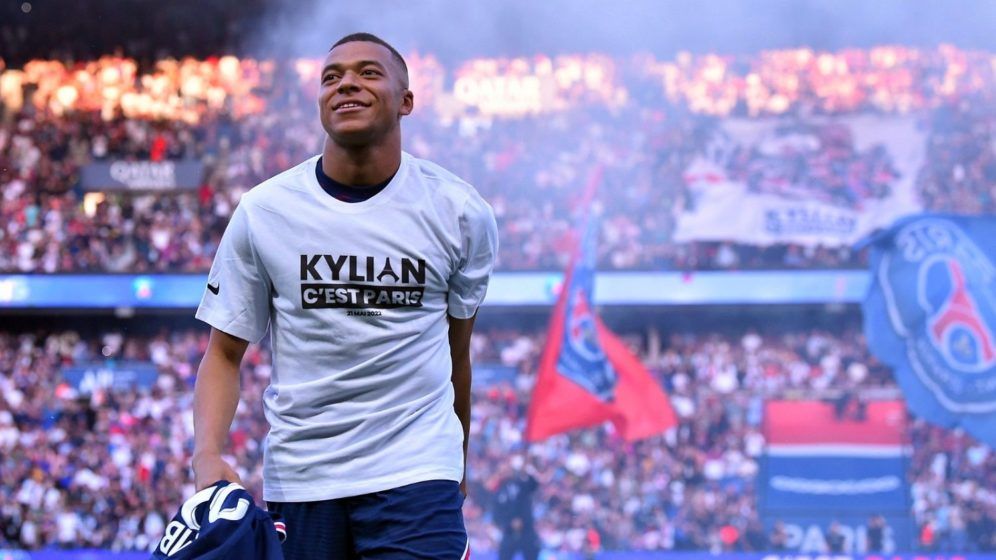 Ligue 1 2021-22 champions Paris Saint-Germain (PSG) is restricting its pre-season Asia tour to Japan. The team will meet J1 League team Kawasaki Frontale in the first of three matches, scheduled in the country for the European club.

And so, Japanese fans will get to see Lionel Messi in action alongside young French super-striker Kylian Mbappé and Brazilian ace Neymar Jr.

Messi didn’t have a great league season, ending with just six goals but has been riding on a wave of success on the national front for Argentina. Neymar netted 13 goals and has been in sublime form. While Mbappé scored 28 goals to win the Golden Boot in the French top tier for the fourth consecutive time.

Kawasaki Frontale is one of the better-placed teams in the J1 League. It came third on the table in 2021-22, becoming eligible for the AFC Champions League qualifiers. 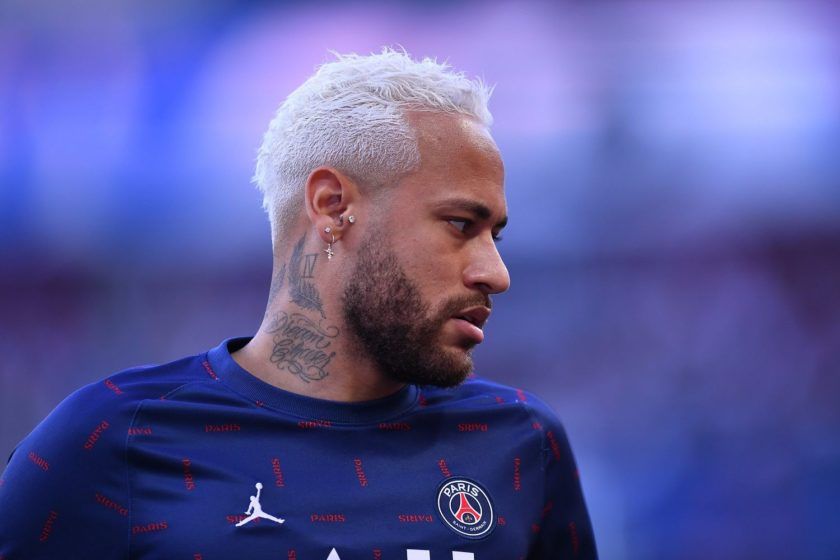 PSG will head to Saitama in Saitama Prefecture to play against the home team Urawa Red Diamonds.

The match will be an interesting pre-season warm-up in PSG’s schedule, given that Urawa Red Diamonds is a much lower-ranked team in the J1 League.

Messi, Mbappé and Neymar — should the management decide to field them in this encounter — can be expected to take their overall goal tally higher. 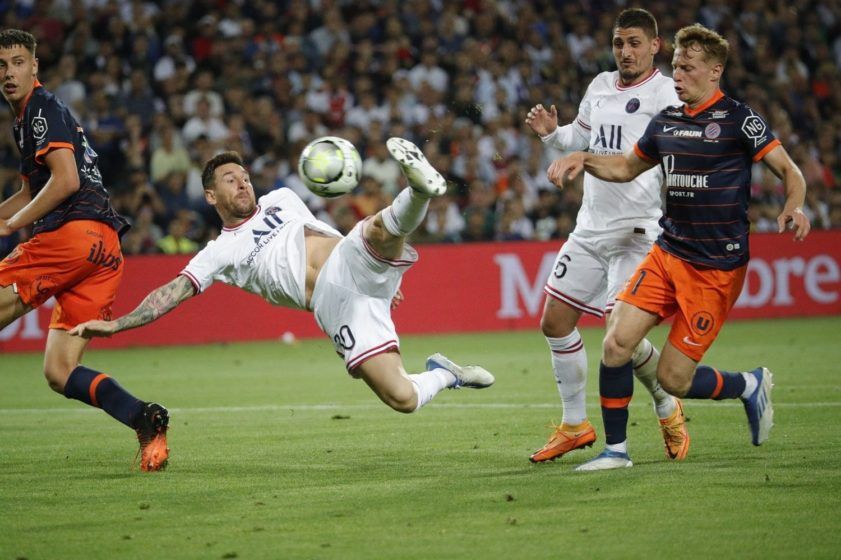 Gamba Osaka barely managed to escape relegation in J1 League in the 2021-22 season. This means that the odds are heavily in favour of the visiting European club in this one-sided affair.

Football fans in Osaka, however, can see both their favourite players from the home squad as well as international superstars such as Spanish defender Sergio Ramos and Argentine midfielder Ángel Di María, who headline the French club. 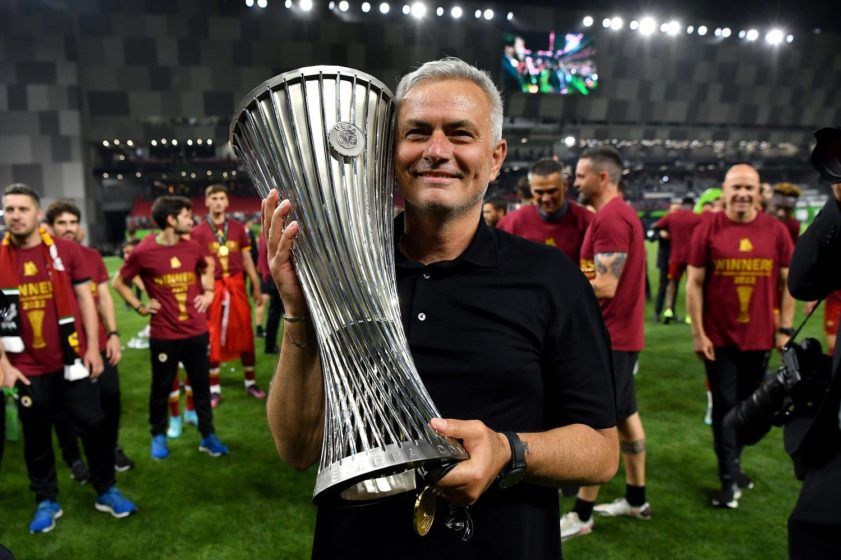 Tottenham Hotspur vs AS Roma

After the completion of the South Korea leg, Spurs will continue their pre-season Asian football tour in Israel, where they are to meet the Italian team AS Roma.

The Serie A team, which finished sixth in the 2021-22 season, is managed by the charismatic José Mourinho. In May 2022, Roma won the UEFA Europa Conference League to grab its first major European title in over 60 years. With the victory, Mourinho became the first manager to win a European trophy with four different clubs.

Spurs, therefore, may face a major challenge in this pre-season encounter.

Singapore Thailand Sports Japan Football South Korea Liverpool Cristiano Ronaldo Israel manchester united
You might also like ...
Living
A legend among us: A look into Cristiano Ronaldo’s insane football career
Style
How fashion and football have become unexpected friends
Living
10 sports documentaries all sports lovers should watch tonight
Culture
The 11 biggest music festivals and concerts to catch in Asia this 2022
Manas Sen Gupta
Manas enjoys reading detective fiction and writing about anything that interests him. When not doing either of the two, he checks Instagram for the latest posts by travellers. Winter is his favourite season and he can happily eat a bowl of noodles any time of the day.
Travel Culture Entertainment Food
Sign up for our newsletters to have the latest stories delivered straight to your inbox every week.