RBSO’s ‘Young Talent Sings Broadway’ was a huge hit, with star-studded shows planned for the rest of year

Culture
RBSO’s ‘Young Talent Sings Broadway’ was a huge hit, with star-studded shows planned for the rest of year
Share this article
Next article

May has been a special month for the Royal Bangkok Symphony Orchestra, the start of which saw a vibrant and one-of-a-kind concert that took on a younger approach to classical music. Under the Royal Patronage of Her Royal Highness Princess Sirivannavari Nariratana, and with the support of B Grimm, Bangkok’s favourite orchestra continues to flourish into new musical adventures, and this time around brought under its wings the young voices of its 2018 Search for Talent Competition.

All dressed in shimmering white for a night that will be remembered at Thailand Cultural Centre, eight outstanding vocalists between the ages of 8-18 joined forces with the large orchestra to perform a series of well-known songs from some of our most beloved Broadway musicals, including Rent, Wicked, Phantom of the Opera, Les Misérables and Cats.

The collaboration was very special, in that it not only brought together two very different styles of musical expertise – the older charm of orchestral finesse and the younger sound of pop culture’s favourite broadway acts – but it also shed more light on Her Royal Highness Princess Sirivannavari Nariratana’s commitment to the importance of grooming and fine-tuning Thailand’s love for music, past and present.

HRH Princess Sirivannavari Nariratana’s love for the arts, poetry and music is something that spectators instantly recognise and commend as she is often seen giving her helping hand, and even leading the baton when it comes to finalising the orchestra’s musical masterpieces. This royal level of dedication to the power of music and its ability to lift our spirits and transport us to a different world is undoubtedly a force that helped the young stars of the RBSO’s recent show deliver even more of a majestic and powerful tone.

Perhaps relatively new to the world of classical music, and even more so new to delivering songs backed by a large and professional orchestral force, the eight young talents sung songs from all-time favourite musicals, such as Funny Girl’s Don’t Rain on my Parade and Wicked’s Popular, as well as one of our personal favourites, Rent’s glorious Season of Love. Hairspray’s famous I Can Hear the Bells was also well received on the night. With children as young as eight singing in front of such a large and esteemed audience, and in the presence of grand musical traditions, we must say the young talents did incredibly well to bravely sing their hearts out.

Under the Royal Patronage of HRH Princess Sirivannavari Nariratana, RBSO is set to have an exceptional and extremely colourful palette of shows this year. We’ll be sure to keep you up to date with all the shows that will be happening. For pictures from the wonderful occasion that happened on the night of 3 May, 2019, please be sure to scroll ahead. 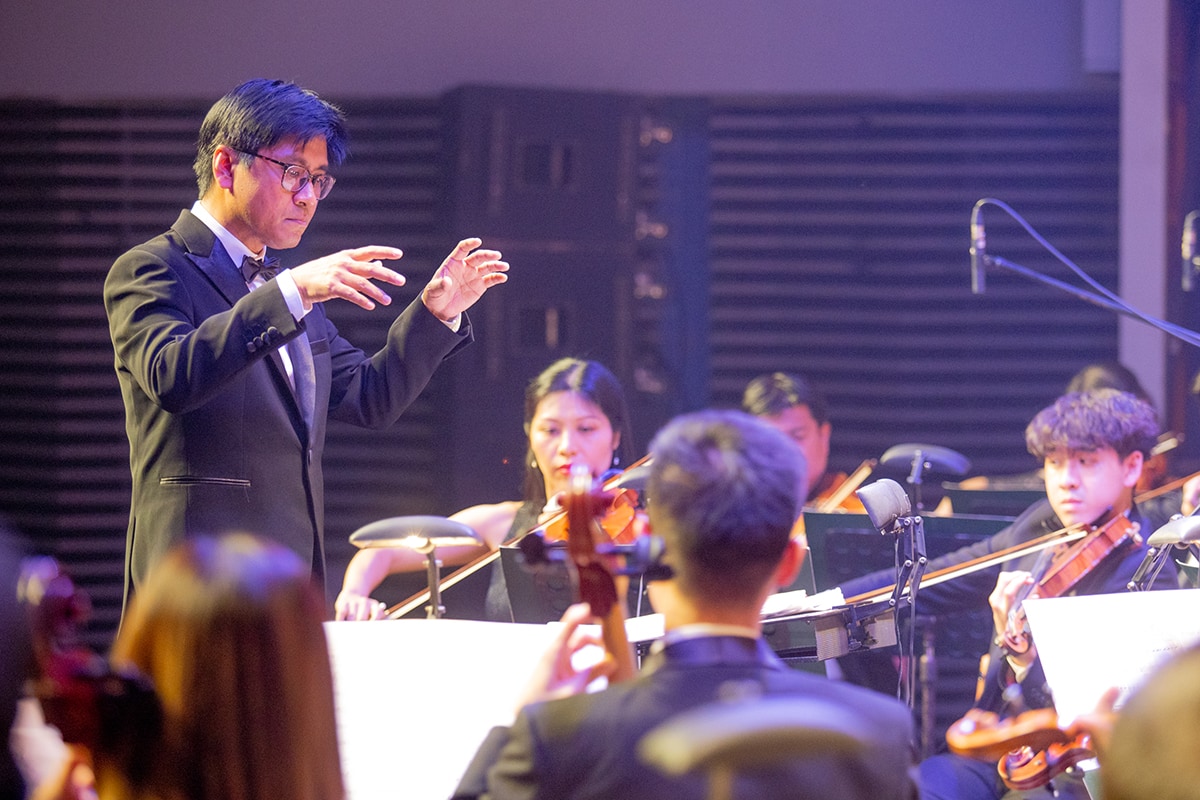 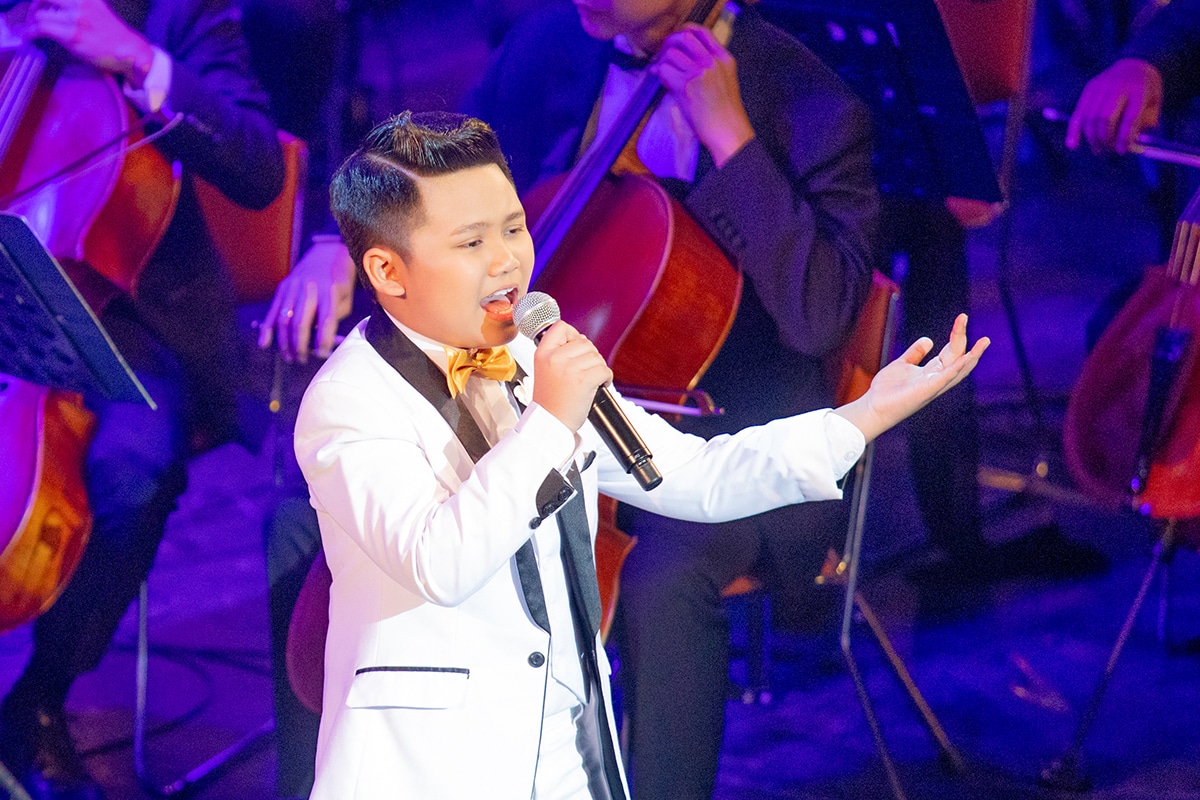 BM, the youngest performer, during his lively rendition of Don’t Rain on my Parade. Boy can this boy sing! 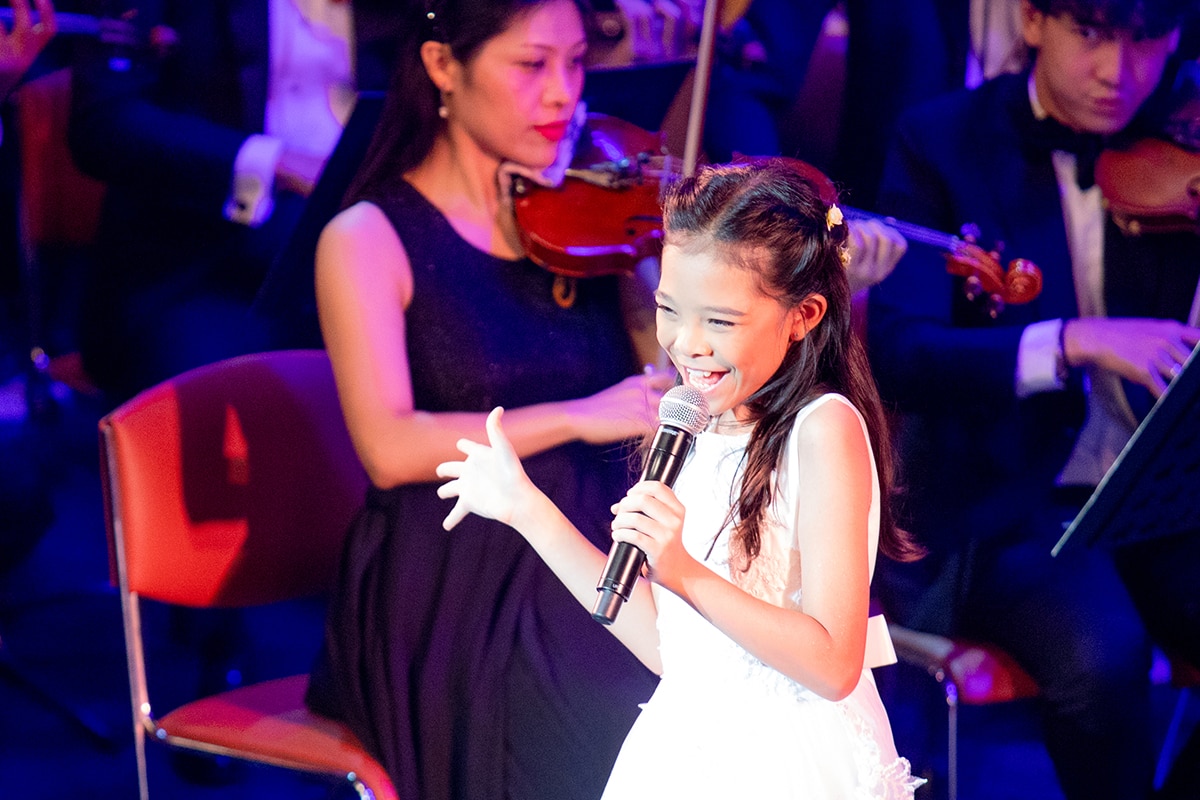 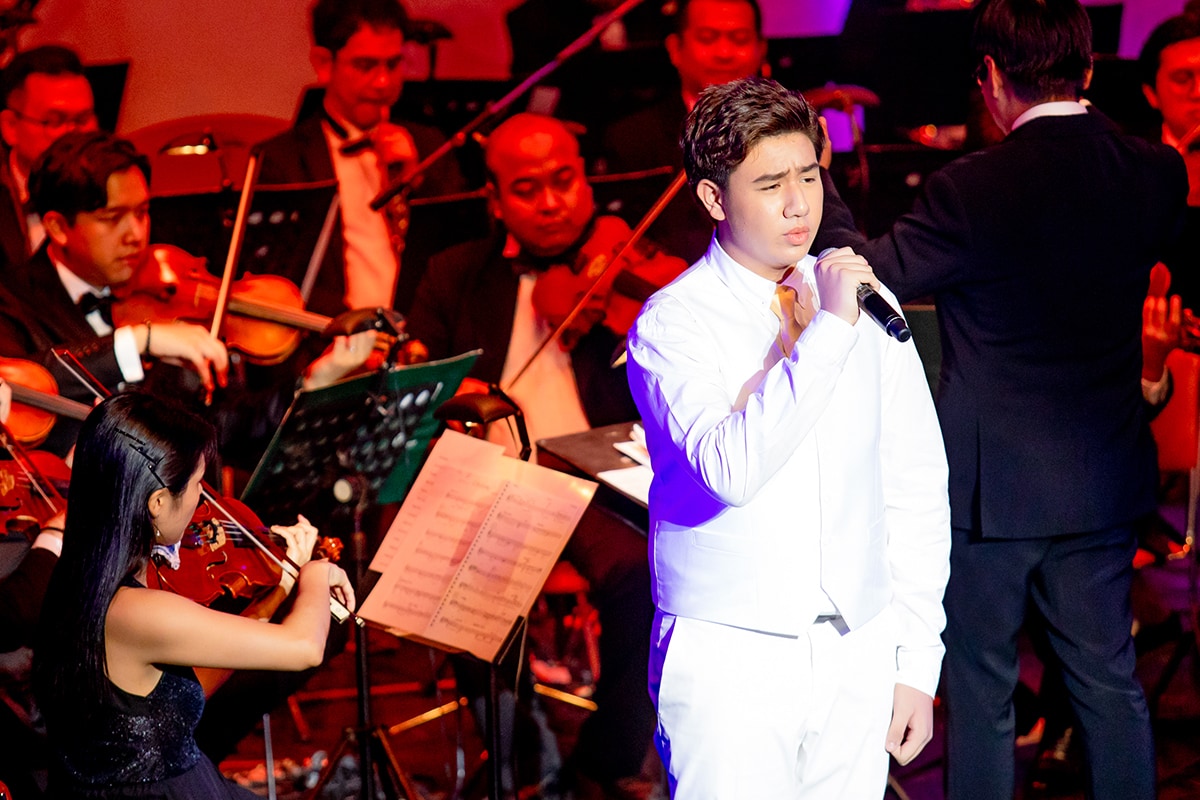 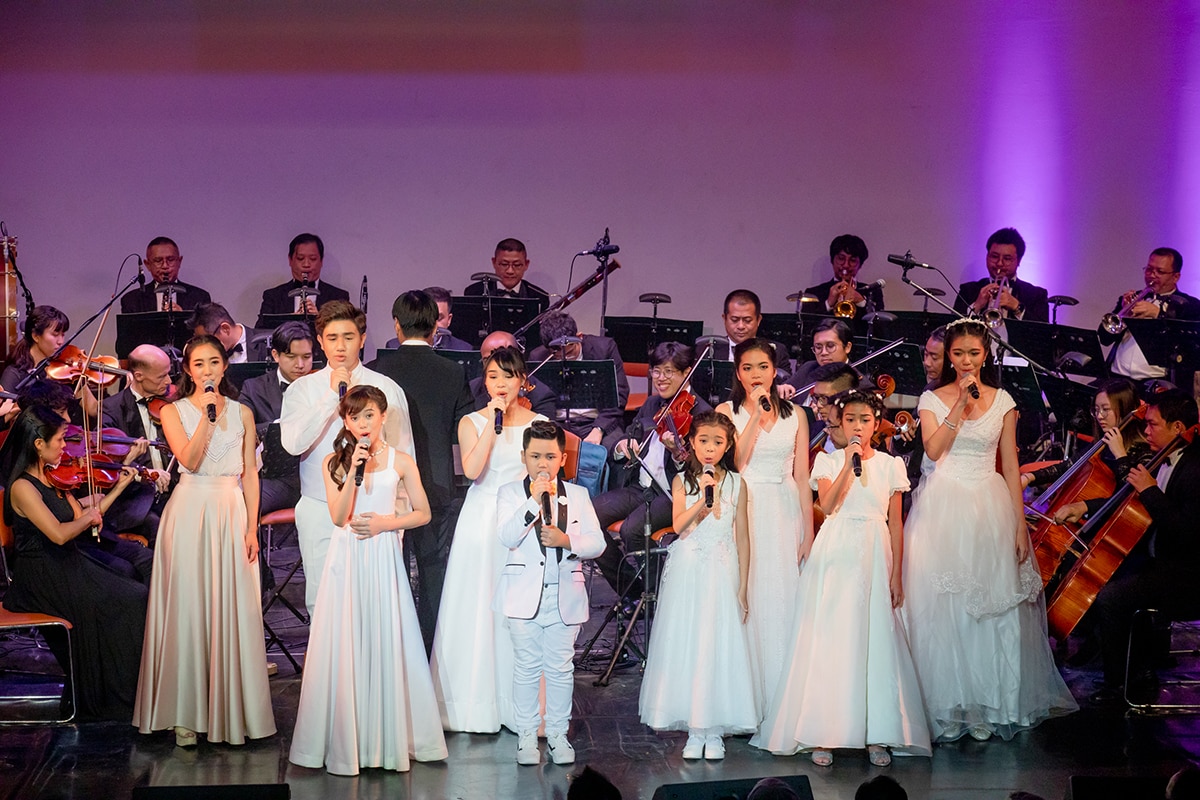 5
All the young talents joyously singing in unison

Get ‘Bejeweled in Thai Style’ this month at ICONCRAFT

Head to the polo field this April for the B.Grimm Polo Cup 2021