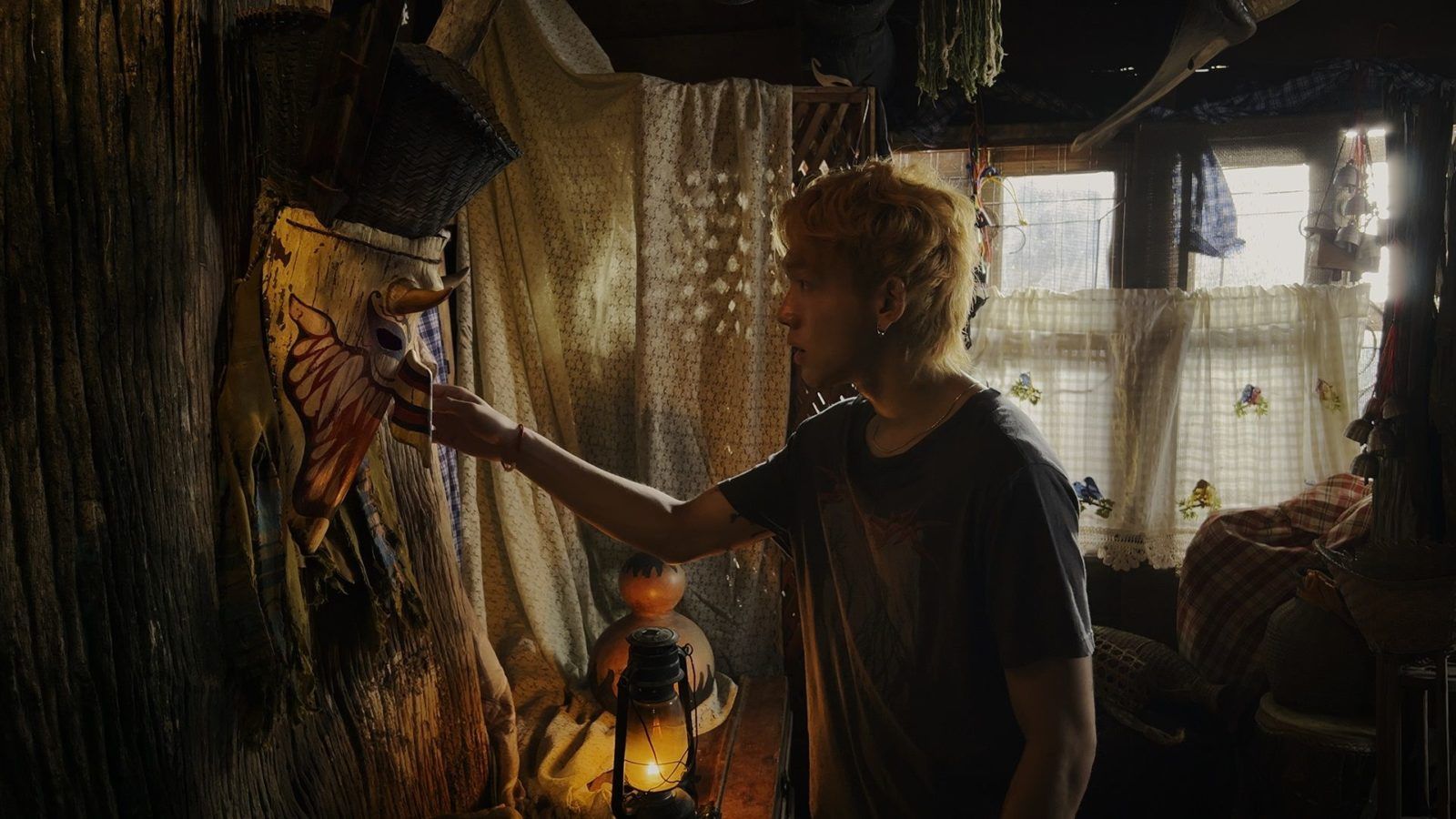 Parkpoom Wongpoom, the legend behind Thai horror classics such as Shutter (2004), Alone (2007), and 4bia (2008, has finally returned to our screens with his latest horror film Those That Follow — a short film he created entirely with Apple iPhone 13 Pro.

Those That Follow, described as a “hallucinatory tale of karmic revenge”, also marks the filmmaker’s return into films after a four year hiatus.

Wongpoom, who is internationally renowned for his horror masterpieces, had his last release in 2018 with Homestay.

Here’s all we know so far about the latest film.

The plot is connected to local Thai belief

The 20-minute short film follows two teenagers who are on the run following a robbery gone wrong. They hide at a local ghost mask festival. But the two soon realise that while they can hide from humans, there is something they cannot hide from no matter how hard they try.

Like his previous films, Wongpoom ensured that Those That Follow is rooted in Thai culture. Described as a film based on true events, the theme follows a local Thai belief known as ‘Phi Ta Khon’, or ghosts following people. The belief is part of a tradition in northeastern Thailand, where the film is set.

At its root, the story is about karma and how it affects people.

Wongpoom filmed in low-light conditions using the Apple iPhone 13 Pro, which can shoot in Dolby Vision up to 4K at 60 fps. Commenting on the phone’s filiming capabilities, he said that it is “an experiment to show the world what we can do and inspire future filmmakers to make their own films.”

The phone’s camera system comes with larger sensors such as the ƒ/1.8 aperture in the Ultra Wide camera and ƒ/1.5 aperture and new 1.9μm pixels in the Wide camera. The lenses are able to capture more light, making it easier to shoot in low-light conditions needed for the cinematic effect of horror movies.

“iPhone 13 Pro can capture visuals in low light, revealing details in that darkness. When we hid scary elements or ghosts in the shadows we could still capture it all in excellent quality and allowed us to tell the story that we wanted,” said Wongpoom.

To make the experience unique, Apple plans to promote the film on a dedicated billboard at Sathorn Unique, Bangkok’s most iconic abandoned building located in the heart of the capital.

This is not the first time that an Asian director teamed up with Apple to shoot a movie on an iPhone. In February, South Korean legend Park Chan-wook released his fantasy short film Life is But a Dream which was shot entirely on an iPhone 13 Pro.

Parkpoom Wongpoom Apple iPhone 13 Pro Thai Horror Those That Follow shutter horror films
You might also like ...
Gear
WhatsApp rolls out the Reactions feature for all users
Culture
The kind of employee you are, based on your zodiac sign
Gear
Netflix adds ‘Relic Hunters: Rebels’ to its first mobile games list
Gear
Spotify enters the metaverse with a music-themed island
Manas Sen Gupta
Manas enjoys reading detective fiction and writing about anything that interests him. When not doing either of the two, he checks Instagram for the latest posts by travellers. Winter is his favourite season and he can happily eat a bowl of noodles any time of the day.
Travel Culture Entertainment Food
Sign up for our newsletters to have the latest stories delivered straight to your inbox every week.