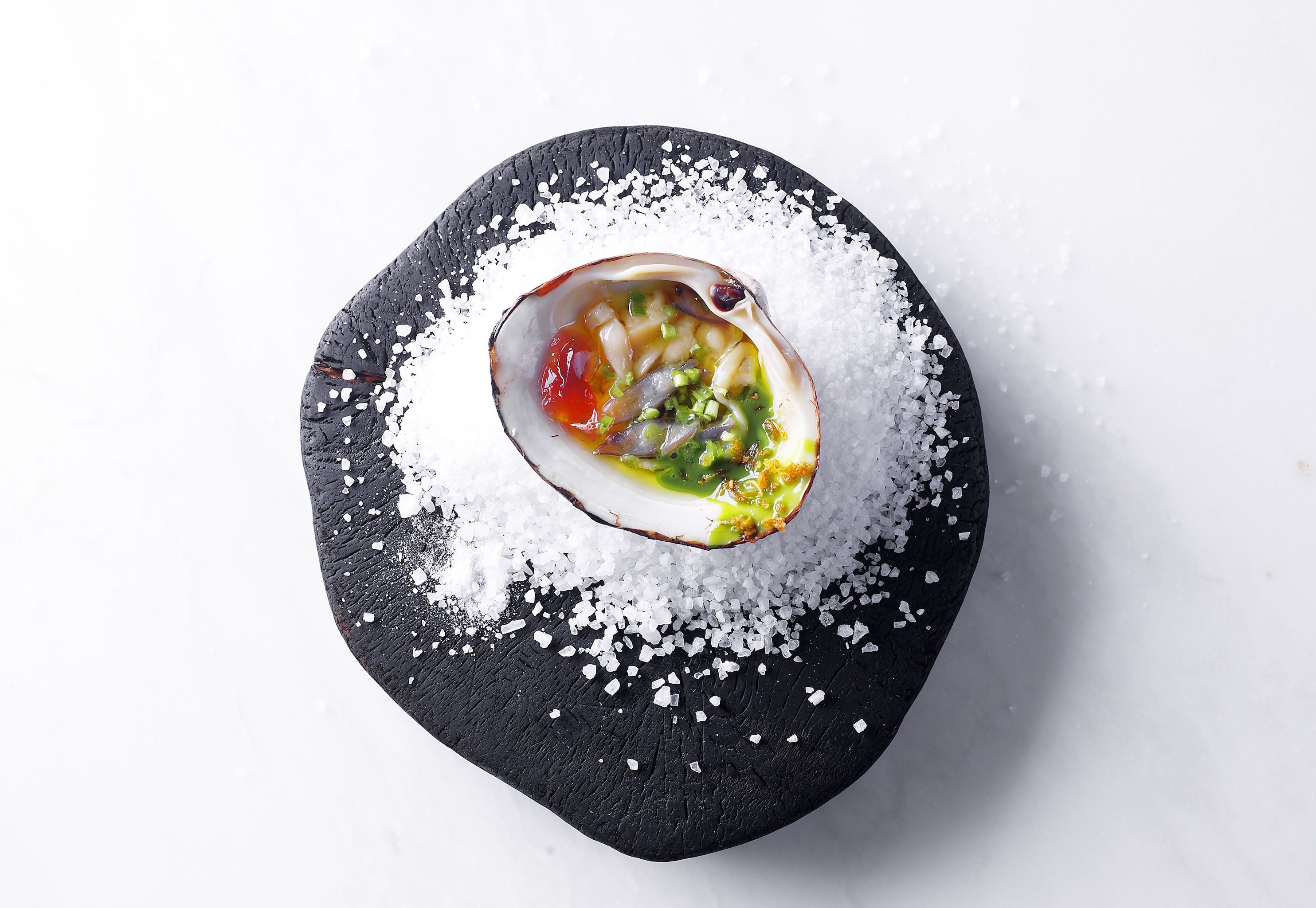 It’s not uncommon for food lovers to travel thousands of miles and make reservations well in advance to experience some Michelin-starred restaurants. Fortunately for us, 11 world-class chefs will be descending on Bangkok next month for the 18th World Gourmet Festival. From 4–10 September, each visiting chef will host two exclusive dinners in one of Anantara Siam Bangkok Hotel’s signature restaurants, including the award-winning Madison, Spice Market, Shintaro and Biscotti.

For those of you who are impatiently waiting for the inaugural Michelin Guide Bangkok to be introduced later this year, we suggest you book a table at the World Gourmet Festival and savour what this flavourful occasion has to offer. Here are more insights on some of the Michelin-starred chefs and the food that they’ll bring to the table, as well as related events that also comprise this special dining event. To see the full schedule of the 18th World Gourmet Festival, click here. 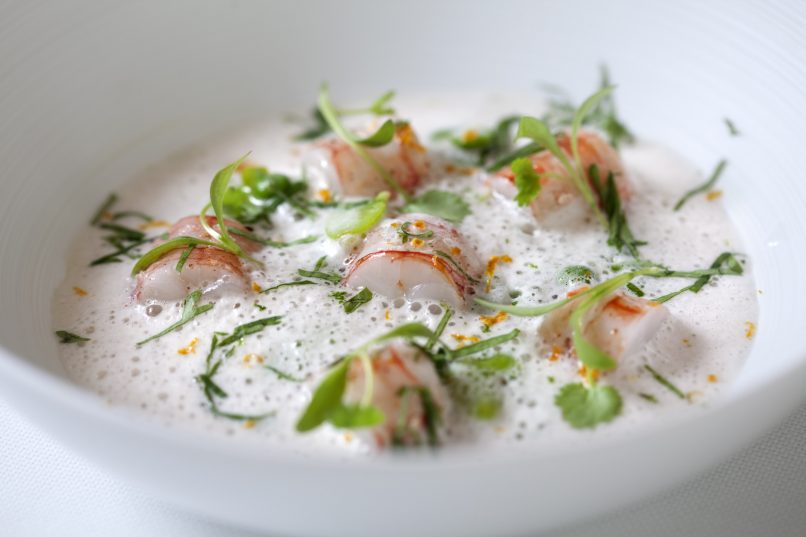 Born in the town of Chambray-lès-Tours in the Loire Valley, chef Guillaume Galliot began his gastronomic adventure at a very young age. He cultivated his French culinary sensibilities through years of cooking at renowned restaurants across the globe, from three-Michelin-starred Le Jardin des Sens in Montpellier (now closed) to his very own The Tasting Room by Galliot in Macau. Early in April this year, he joined Caprice at Four Seasons Hotel Hong Kong, a French fine-dining restaurant that has been awarded with a coveted two Michelin stars. At Madison, chef Galliot will be serving a five-course meal with wine pairings. Dinner starts with a decadent beef-oyster tartare topped with caviar and crab laksa with confit egg, followed by two delectable mains: turbot fish with briny sea urchin sauce, and succulent Aubrac lamb made two ways. 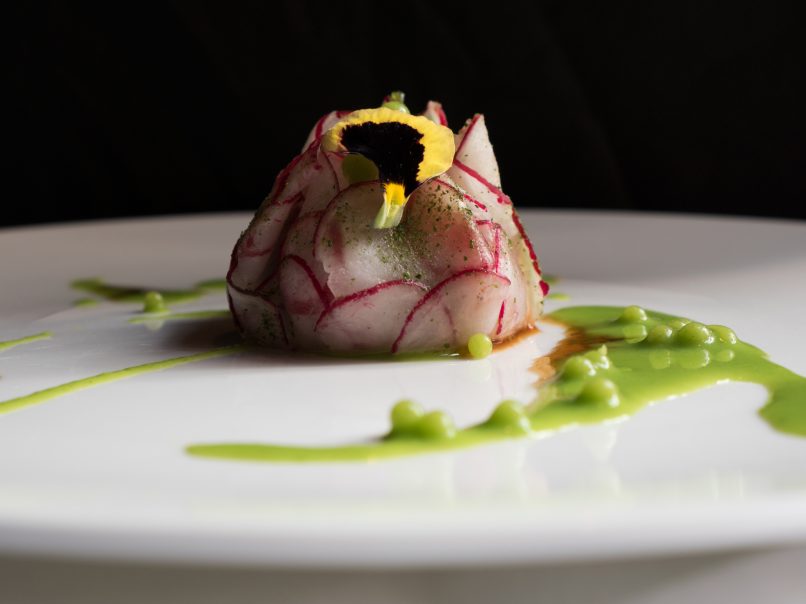 A native Italian, chef Cristina Bowerman graduated in Culinary Arts at the University of Austin, as well as the famous Parisian school Le Cordon Bleu. With years of training abroad, she is always on the lookout for new inspirations and enjoys weaving international flavours into her Italian fare. Her innovative take on traditional Italian dishes at Glass Hostaria has earned her two forks from Gambero Rosso and one Michelin star. Your four-course dining experience at Biscotti will begin with an enticing sangria-marinated beef tartare drizzled with aged balsamic vinegar and an interesting chicken breast carpaccio served with grilled oysters. As for mains, you’ll enjoy potato gnocchi with creamy sea urchin and pungent, sumac-scented lamb. 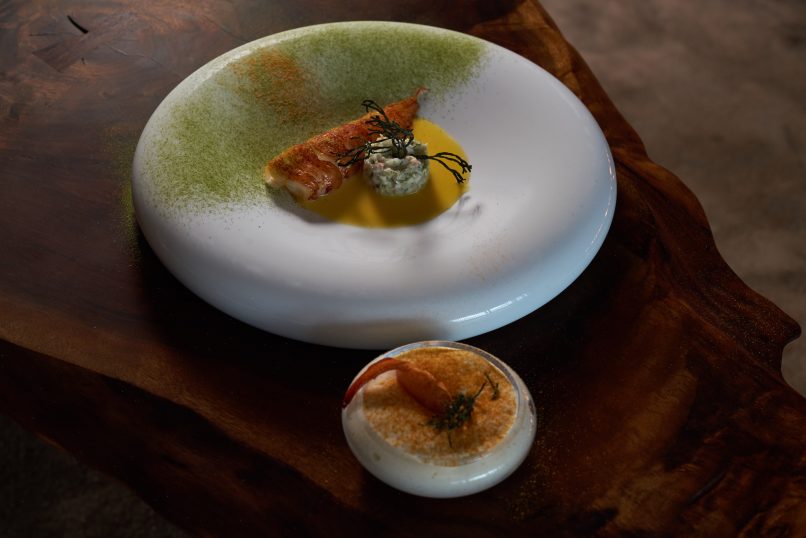 Chef Miguel Laffan is no stranger to Michelin stars. Throughout his culinary career, he’s worked alongside three-Michelin-starred chef Antoine Westermann in Cascais, Michelin star-awarded chef Roland Chanliuad in Beaune, and many others at the top of their field. At L’AND Vineyards, he transforms traditional Portuguese cuisine into modern Mediterranean-inspired dishes with fresh regional produce, earning his restaurant one Michelin star. At Biscotti, he will be crafting a five-course menu with some of his favourite ingredients. For starters, you’ll get to try his take on pork terrine, langoustine tart, and steamed duck-confit dumplings dusted with foie gras snow and shiso. As for mains, the spotlight goes to pan-fried blue lobster served with beurre blanc and a crunchy seaweed salad. 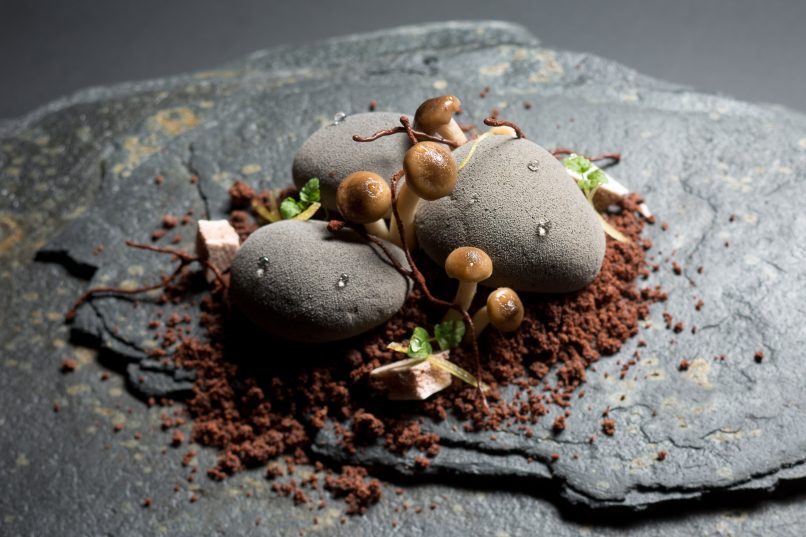 Now one of Singapore’s top fine-dining chefs, Jason Tan started his career at renowned Les Amis and then progressed on his culinary journey at the three-Michelin-starred Robuchon a Galera in Macau. Not only was he crowned the Bocuse d’Or Singapore champion, but he also earned Corner House’s first Michelin star. Offering contemporary cuisine that emphasises on refinement and quality, chef Tan has a penchant for transforming humble ingredients into stunning works of art. At Madison, you’ll be able to feast your eyes on — and savour — five of his beautiful creations, from Maine lobster topped with Kristal de Chine caviar to Japanese Toriyama beef with soy caramel. 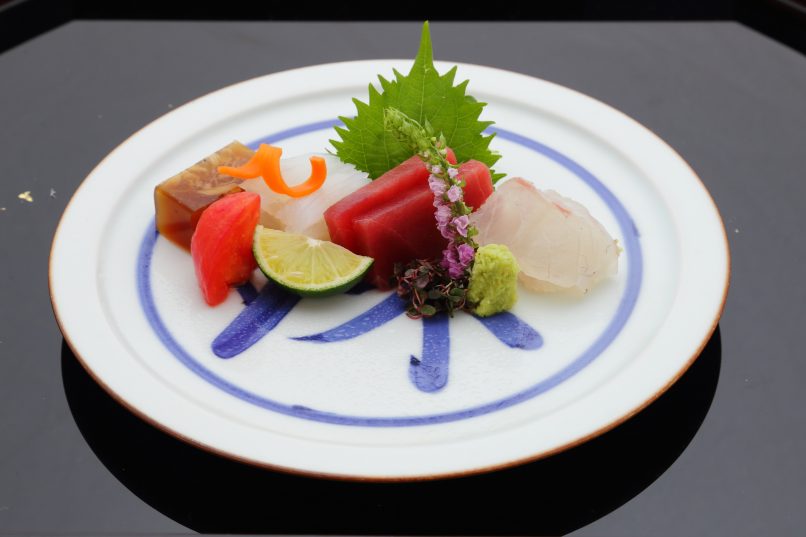 Originally from Niigata prefecture, chef Hiroaki Ishizuka left his hometown for Tokyo and started his culinary journey at Zakuro. After 10 years of training, he moved onto one-Michelin-starred Sakuragawa and later to two-Michelin-awarded Waketokuyama. These days, he’s the executive chef at one-Michelin-starred Kien in the Akasaka district of Tokyo. At Shintaro, chef Ishizuka will be serving a decadent six-course kaiseki menu. The meal begins with zensai, a substantial selection of appetisers, ranging from Hokkaido crab to briny sea urchin. There will also be a grilled course and traditional steamed dishes to complete the meal. 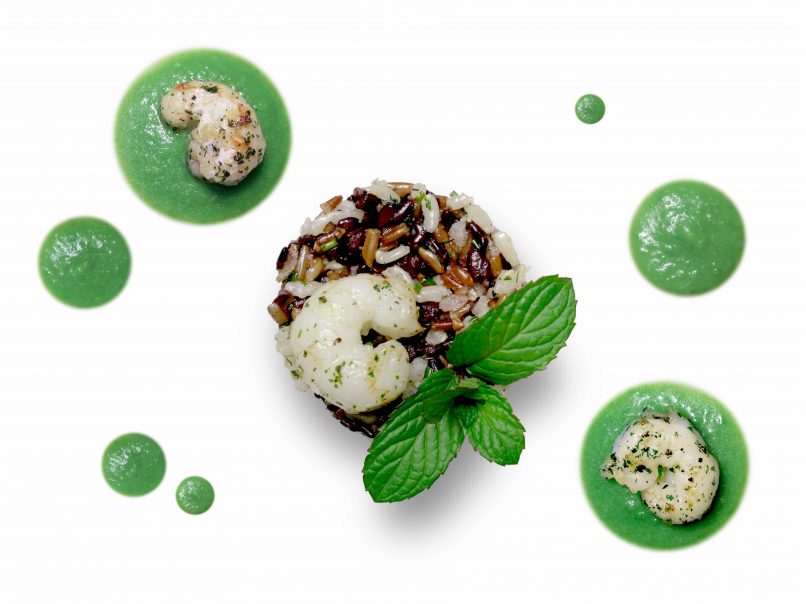 Known as the Costardi Brothers, Christian and Manuel Costardi currently run their eponymous restaurant, Ristorante Christian e Manuel inside Hotel Cinzia. A family business since day one, the hotel and restaurant are an integral part of the Costardi family, and a reflection of their rich traditions. Within two years of inception, Ristorante Christian e Manuel was awarded a Michelin star, and became the most highly regarded risotteria in the world. Combining Piedmont’s regional cuisine with modern culinary techniques, the brothers specialise in a selection of seasonal risottos. Of course, their four-course menu will include their signature tomato rice. 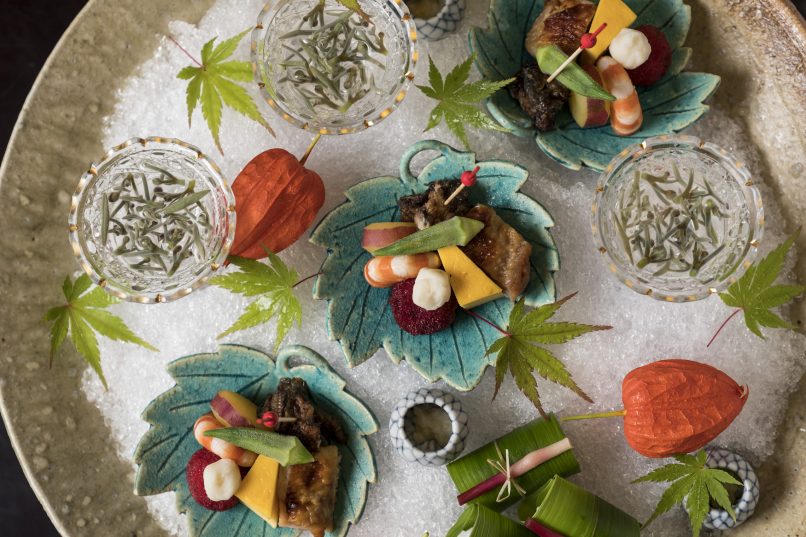 Born and raised in the region of Ishikawa, Shinichiro Takagi is the restaurant owner and executive chef of Zeniya. Chef Takagi started his culinary career at Kyoto Kitcho and eventually moved back to his hometown Kanazawa to open his own restaurant. In between his journey as a chef, he has also given back to his community by lecturing at the prestigious Tsuji Culinary Institute in Osaka. At Zeniya, he combines a wide range of local ingredients and traditional Japanese techniques, crafting multi-course kaiseki meals. During his time here at Shintaro, he’ll be serving a six-course menu featuring fresh sashimi, grilled items, and slow-simmered dishes such as wagyu beef. 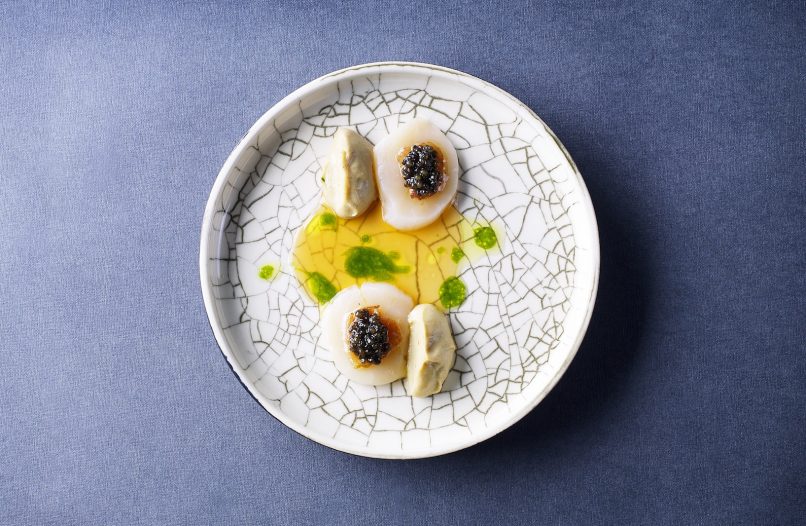 One of two star chefs at Selfie Restaurant & Bar in Moscow, Anatoly Kazakov is a talented chef dedicated to sustainable produce, and he enjoys highlighting ordinary ingredients in uniquely imagined dishes. Under Kazakov’s care and leadership in the kitchen, Selfie is currently ranked no. 88 on The World’s 50 Best Restaurants. Kazakov’s menu features seasonal products from 15 different Russian regions, allowing connoisseurs to sample the freshest produce from all over his home country. At Spice Market, you’ll be able to try five of his dishes plus amuse-bouches, from Kamchatka crab with millet and Poshekhon cheese to sweetbreads with ceps and smoked apples. 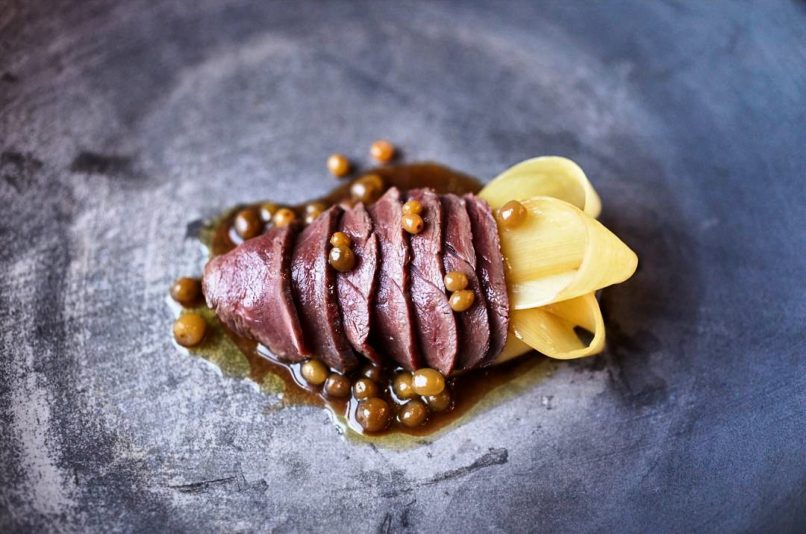 Scotland-born with Italian roots, chef Jock Zonfrillo pays homage to Australian food culture at his restaurant Orana. Earlier in his career, while he was working at Marco Pierre White, the restaurant was awarded three Michelin stars; he later moved to Australia, where he continued his culinary adventure at Restaurant 41 and Magil Estate Restaurant in Adelaide. In 2013, chef Zonfrillo opened his own restaurant, which is now ranked as one of Australia’s Top Restaurants. At Madison, he will be showcasing five of his exquisite dishes, including giant river prawn soup with Australian spices; horseshoe crab and its roe; and fragrant, peppered pork with rice noodles.

In addition to rare dining experiences carefully curated by Michelin-starred chefs, the World Gourmet Festival will also be running two fringe events: The Taittinger Champagne Journey and Brunch with Chef Bobby Chinn. The Taittinger Champagne Journey (THB 1,400++ per person) happens throughout the entire week of the festival, and the event lets you taste six exquisite Champagnes. The festival will conclude with Sunday brunch with Chef Bobby Chinn (from THB 3,500++), a renowned restauranteur and TV celebrity chef from Hanoi.

A guide to the perfect avocado for your next homemade guacamole

The best instant noodle flavours in Bangkok for pre-payday