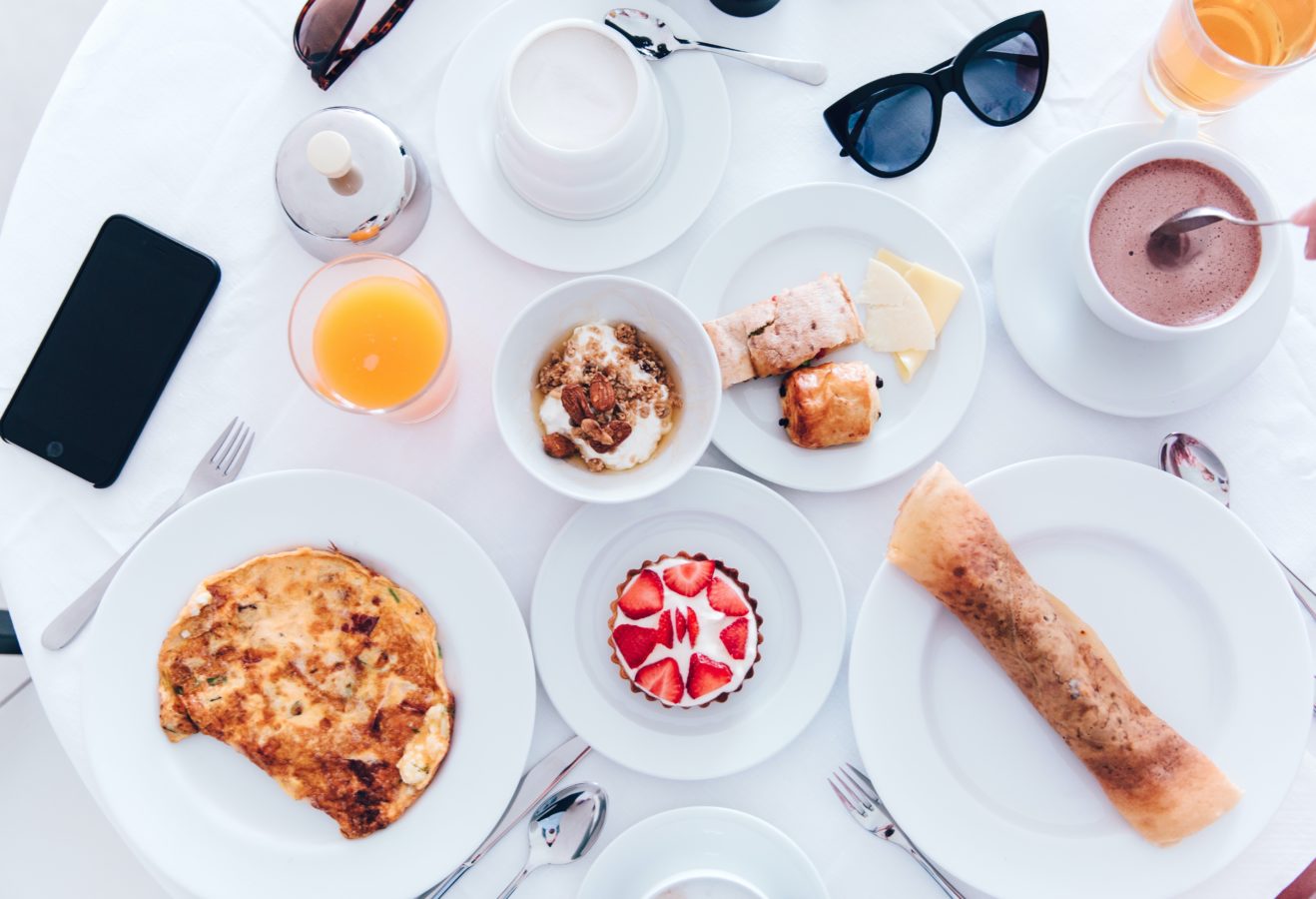 4 ways to switch up your brunch game this weekend

Are you even a true millennial if you don’t Instagram your brunch on the weekend?

If you’re a fan of leisure food experiences or you’re simply a foodie, then brunching is a must-do activity during the weekend. But, little did we know that this convivial meal really took off in the 1980s and dates back to the previous century, according to the British. We’re diving deep into this notion, here’s how brunch is celebrated around the world. So which one do you fancy?

A brunch should not only combine sweet and savory flavors, it should also serve the culinary must-have of Anglo-Saxon culture that is pancakes in some form or another. Not all brunches have the same taste throughout the world, and in Hong Kong it is customary to serve one of the timeless classics of Chinese cuisine: dim sum. These distinctive bites of Cantonese cuisine are not just different kinds of dumplings. It encompasses a variety of small dishes, from steamed bites stuffed with pork or shrimp, to spring rolls and rice noodle rolls, as well as rice cakes, crepe rolls or egg tarts for the sweet part.

Tortilla or tamagoyaki instead of eggs Benedict

In Spain, brunch tends to draw on the tapas culture to create the menu. And as such, it’s a good idea to shake up those good old eggs Benedict or the ubiquitous poached egg. Make way for the tortilla, with its profusion of potatoes pan-fried with eggs.

Or, why not start making tamagoyaki? This typically Japanese omelette, which requires a certain amount of skill to roll it with the utmost delicacy, is a must for any izakaya (a kind of Japanese pub). Unlike the French omelette, very thin layers of eggs are cooked one after the other and then assembled little by little in the form of rolls. The result is a set of ultra-moist bites that can be combined with herbs, chopped spring onions or even… tarama!

Swedish crepes instead of pancakes

If you’re tired of traditional pancakes, French toast and crepes, you just have to look a bit further afield to find a different recipe, as the pancake is a food that cultures the world over all have variations of. While some recipes are complicated like the Moroccan “puff pastry” pancakes, known as m’semen, others are more within the reach of Sunday cooks, starting with Swedish pancakes. These are based on the principle of whipped egg whites incorporated into a base of butter and water brought to a boil as for puff pastry. Then egg yolks are added, while whipped cream tops it off. In short, pure decadence for a bit of effort!

Soda bread when you’re in a hurry

Wholegrain, rustic, spelt, rye, baguette. Bread is a must on the brunch buffet. When you’re doing a completely homemade menu, a recipe can be useful, especially if you aren’t yet used to breadmaking. In Ireland, soda bread is a bread that rises quickly thanks to baking powder or baking soda instead of fresh baker’s yeast. It’s the “baking soda” that gives the bread its name. To give character to this loaf and especially to help the crumb rise, use a fermented milk like buttermilk, easy to find in supermarkets. In one hour, you will be able to take a loaf of bread prepared in a standard cake tin from oven to table. The recipe is very simple and within the reach of even the least experienced cooks!

5 new restaurants to try in Bangkok this December 2020