5 dining pop-ups not to miss this June

Lovers of French cuisine and wine should get ready to stuff themselves to the brim this month, as June sees Bangkok welcoming pop-ups featuring Michelin-starred chefs and wineries, from Michelin-starred degustations to intimate wine pairing dinners with some of the most reputed wineries from France. Save the dates as there’s a sensational line-up of food and drink pop-up events await you this month. 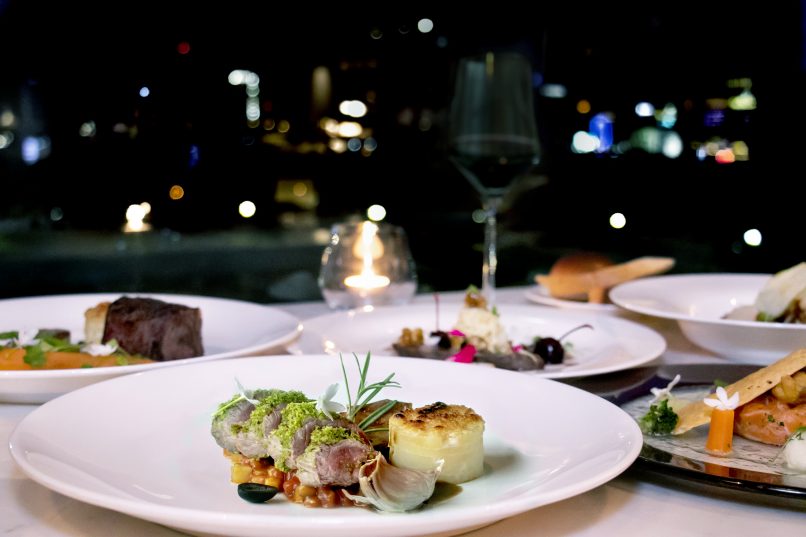 If you’re salivating for French cuisine and wine this month, make your way to Decanter at The St. Regis Bangkok for an exclusive five-course French wine dinner. Popular in France and around the world, The Guigal Estate was founded in 1946 by Etienne Guigal in Ampuisis, and is particularly known for its Côte-Rôtie wines.

Experience a true taste of France in a spectacular five-course menu available for one night only, with highlight dishes including salmon trout tartar with Fine de Claire oysters, seared coquilles St. Jacques with boudin noir and a choice of slow cooked filet of beef with pan fried foie gras and mustard and herb crusted lamb loin — all paired with the five select fine vintage wines from E. Guigal. 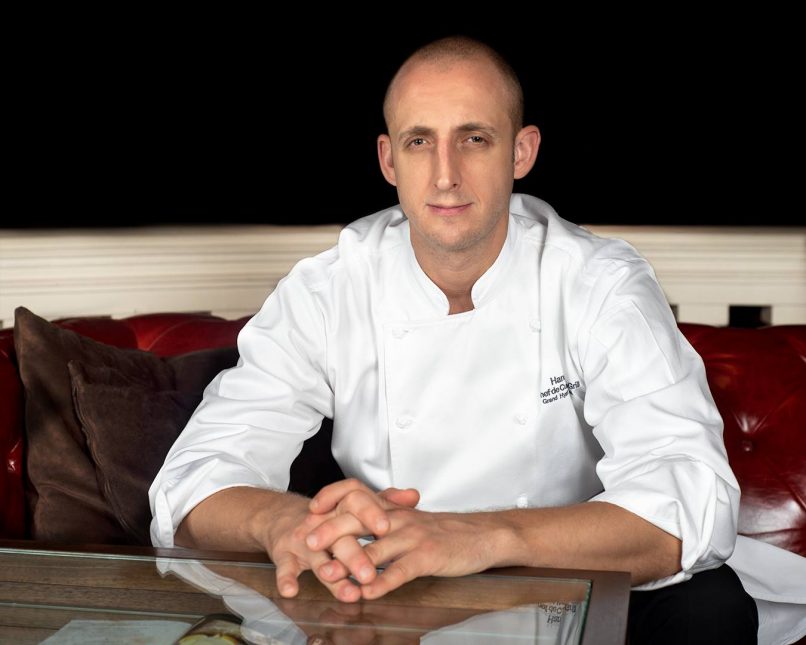 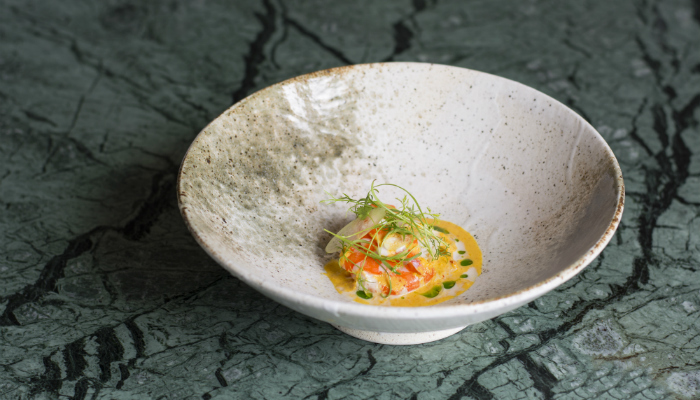 Hosted by Siam Kempinski Hotel Bangkok, Michelin Guide Thailand Dining series is set to impress us again after the success of the 1st edition with a six hands dinner created by three talented Michelin-starred chefs, including Chayawee’Berm’ Sutcharitchan of Sra Bua By Kiin Kiin Bangkok, Henrik Yde Andersen of Kiin Kiin restaurant Copenhagen, and Malcolm Lee from Candlenut Singapore. Bringing you a unique culinary spectacle featuring Peranakan cuisine with a touch of Thai delight, the menu features a number signature dishes from each chef, including butter fried king crab meticulously prepared with celery, apple and ginger; green curry risotto with asparagus and summer peas, lobster and prawn crackers; and a new take on mango sticky rice that will sure delight your senses. Undoubtedly, this gastronomic journey will dazzle a culinary experience you won’t forget. 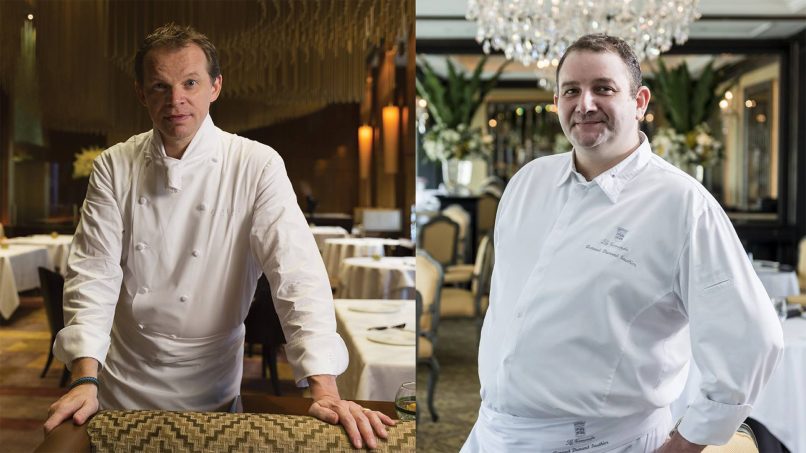 Chef Richard Ekkebus is no stranger to Michelin stars. Having reigned as the Culinary Director at Amber, a two-Michelin-starred a French restaurant at the Landmark Mandarin Oriental, Hong Kong, which was ranked 24th in the previous World’s 50 Best Restaurants, the Dutch-born chef is recognised internationally for his innovative takes on classic French cuisine.

At Le Normandie of the Mandarin Oriental, Bangkok, he will cook alongside the hotel’s talented two-Michelin starred chef, Arnaud Dunand Sauthier and create an extravagant four hands lunch and dinner to showcase the sophistication of their haute cuisines throughout June 28-29. They will be crafting the menu using best produce with many from the Royal Project and the chefs’ personal favourite ingredients. For the six-course lunch menu, you will start with delicious canapés featuring cromesquis of savory stew and green pita bread soufflé, followed by velvet nettle soup, tomme de savoie and walnut as a starter. As for main, the spotlight goes to the sumptuous poached blue lobster imported from Brittany paired with tasty black radish and green capsicum curry that will spice up the entire meal. Looking to indulge in the eight-course dinner? The menu takes the main courses and desserts to another level with premium ingredients such as Kristal caviar and Hakoo farm Miyazaki wagyu beef — chef Richard’s exceptional technique and mastery of native ingredients are sure to make for a memorable meal. 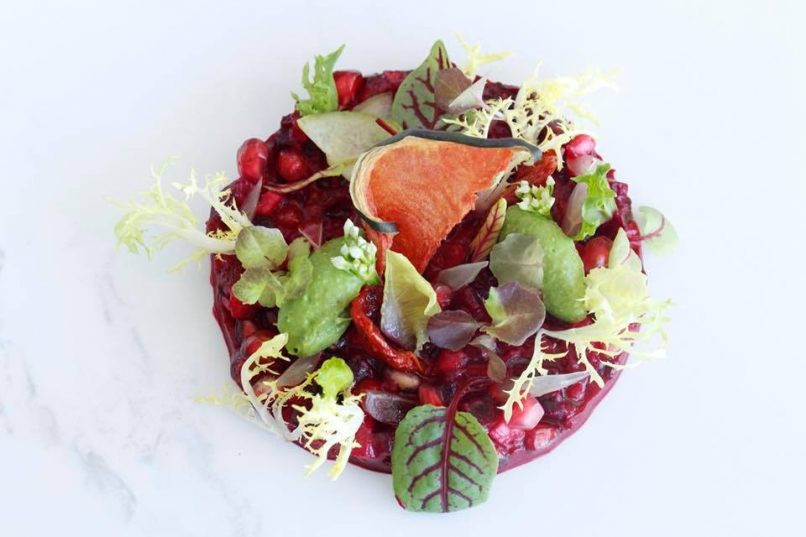 Following the success of his two-Michelin-starred Côte Saint Jacques restaurant and hotel in Burgundy, J’AIME by Jean-Michel Lorain of U Sathorn Hotel, an exotic themed French food restaurant focusing on the contrasting flavours and textures of locally sourced and premium ingredients has just earned its first star in the inaugural edition of the Michelin Guide Bangkok. To celebrate the special occasion, Italian-born chef Amerigo Sesti is brining us a decadent eight-course menu serving up all the customers’ favourite dishes in the past three years created by Jean-Michel Lorain.

You’ll be able to feast your eyes on — and savour — five of their delectable and beautiful creations. The dining experience will begin with a creamy garlic soup with potato confit and chilli bavarois. Other highlights include hearty foie gras, gac fruit, and wild almonds remastered, breast of pigeon served with silky pea purée, Jerusalem artichokes with Arabica sauce. To end the night on a sweet note, the red berry and spearmint Grappa-Baba will be just delightful.