It was a special night this month at Little Bao Bangkok, 72 Courtyard, when four chefs teamed up to create a one-of-a-kind 8-hands banquet, led by Little Bao’s chef & owner, May Chow, named “Asia’s Best Female Chef” by the influential Asia’s 50 Best Restaurants. The list is an annual snapshot of the opinions and experiences of almost 1,000 international restaurant industry experts and published by William Reed Business Media.

Well before honing her craft in some of Hong Kong’s finest restaurants – including the three-Michelin-starred Bo Innovation, as well as the iconic Yardbird, among others – Toronto-born May Chow has always been passionate about food. Her unique style mixes her Chinese heritage and American upbringing to create her own hip and modern rendition of a bao. A familiar face in the global food festival scene (Omnivore World Tour – Paris 2015, Melbourne Food & Wine Festival 2015, and most recently, the 10th Bordeaux Wine Festival in 2016), May has also graced TV screens across Asia as a guest chef on MasterChef Asia. 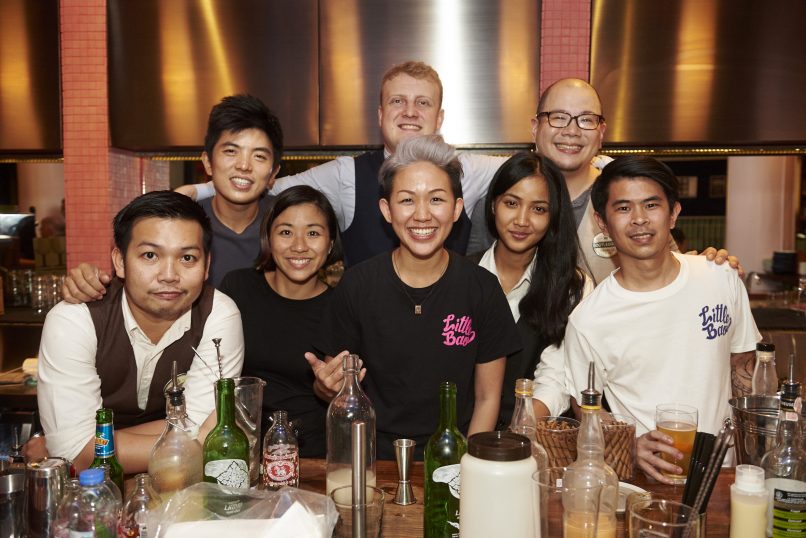 Located in the booming Thong Lor district amongst some of the capital’s best bars and restaurants, Little Bao Bangkok is one of the hottest dining spots in all of trendy Sukhumvit Soi 55. At the core of the Little Bao brand is fun, experimental, yet approachable cooking. By aiming to be Asia’s most exciting modern Chinese diner, Little Bao’s chef & owner May Chow takes cues from her Chinese heritage and skillfully interprets familiar flavors in authentic ways that appeal to foodies, millennials, as well as modern families.

At the event, May Chow invited some of her favorite local chef friends: chef Ton (Thitid Tassanakajohn) of Le Du, chef Nan Bunyasaranand of Little Beast, and chef Dylan Jones of Bo.Lan. For the drinks pairing, chef May also rounded up a few of her bartender friends – Jamie Rhind (Bamboo Bar), Saimai Natarat (Bunker) as well as Somkanay Singha and Mingway Chi (Bootleggers) – to whip up some specialty cocktails with local spirits Grandma Jinn’s and Cha-Thai to pair with the food menu for the night.

True to Little Bao’s core philosophy of sharing, diners were treated with a fun family-style tasting menu that was inspired by the abundance of Chinese banquet feasts. Diners indulged in the chefs’ signature dishes and sipped cocktails prepared by the renowned bartenders. 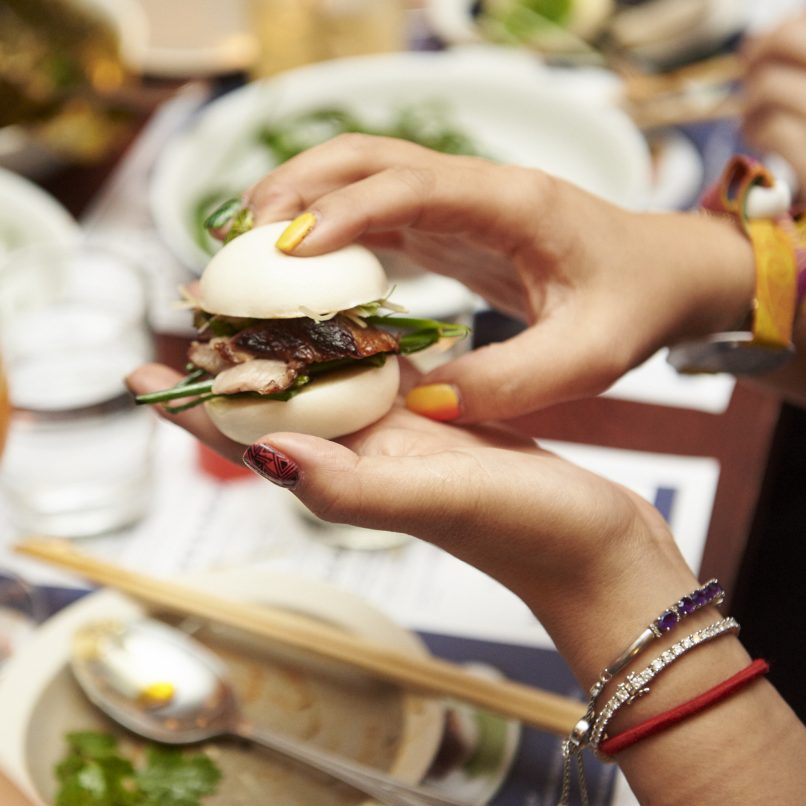 The 8-Hands Banquet refers not only to the four participating chefs but is also a lucky number in Chinese. The event was held in order to celebrate May Chow’s win as Asia Best Female Chef. It was also an opportunity to have a good time.

“To work with these chefs is so much fun. It was packed tonight and I could feel the vibes and the energy of the chefs and bartenders,” chef May Chow said, adding that “We feel very lucky to be working with such amazing chefs. It’s great to have the opportunity to come to Bangkok and do this together.”

New Bangkok cafes you need to try this August 2020