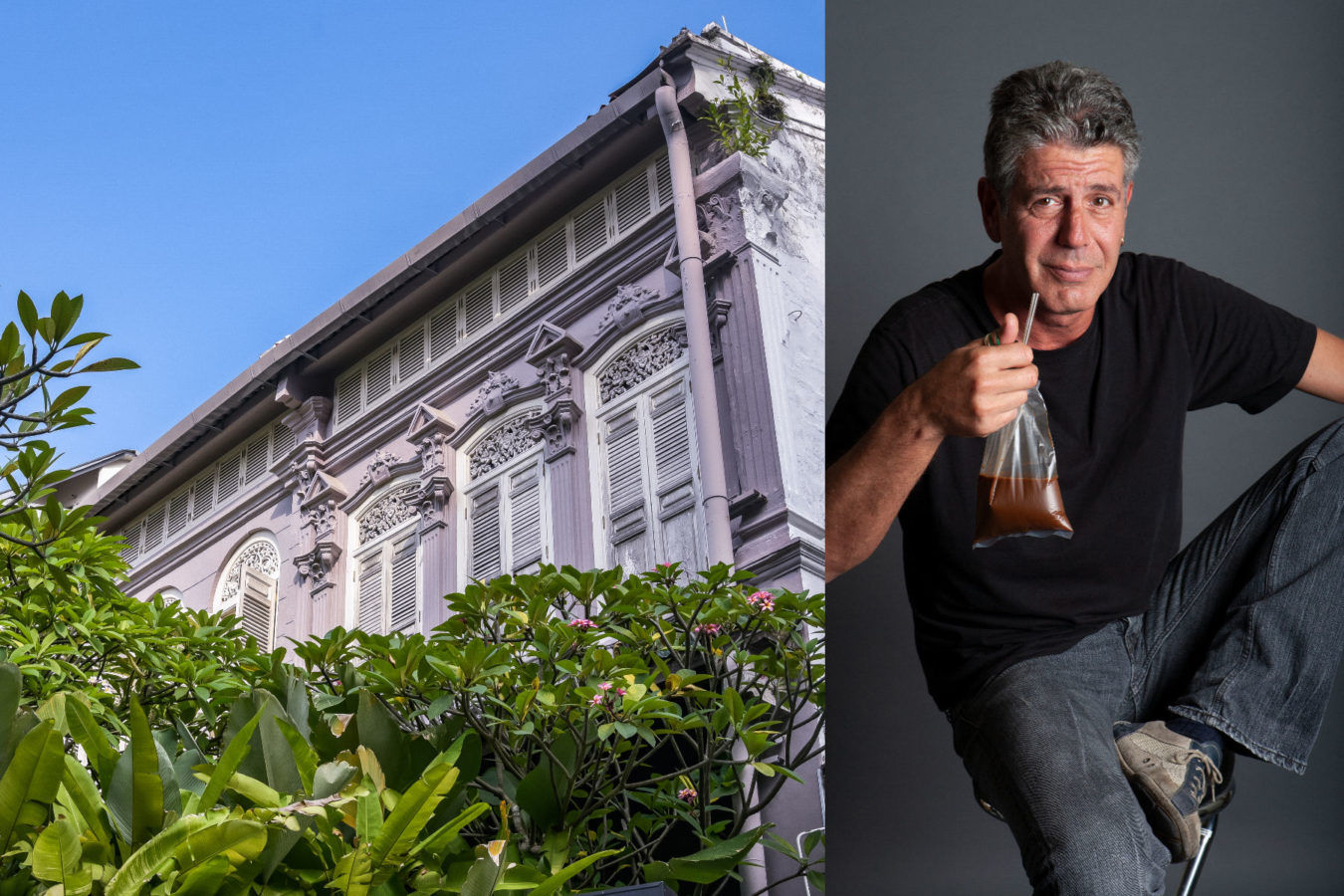 The late, great Anthony Bourdain may be physically gone, but his inimitable spirit continues to live large in our cultural psyche. Starting last month, the English House in Singapore is bringing diners closer to the iconic chef, author, and TV host with a permanent exhibit of some items from his estate.

The Singapore restaurant by British chef Marco Pierre White – a personal friend of Bourdain’s – is displaying a selection of Bourdain’s cherished personal belongings, art and cultural artefacts that he accumulated from around the world.

Bourdain was a Manhattan restaurant chef when penned his now-infamous “New Yorker” piece titled “Don’t Eat Before Reading This” in 1999. The article, which spilled trade secrets about the restaurant industry in Bourdain’s trademark humorous, visceral style, led to multiple books and several TV series until his death in June 2018 at the age of 61 years.

One of the highlights from the exhibit is Bourdain’s chef knife, which was made by acclaimed American bladesmith Bob Kramer. Fashioned out of steel and meteorite, the custom knife sold for over US$230,000 in a 2019 auction. The English House recently revealed they were the winning bidders.

Other exhibits include a French silvered bronze Michelin Man sculpture, a chrome duck press Bourdain lusted over during a Paris episode of “The Layover,” a bronze skull and antler sculpture given to him by White, an African carved wood and metal ritual power figure gifted by a Mbole tribal chief, a pig chef sculpture, and works by artists Ralph Steadman and Brad Phillips.

On special request, The English House will serve one of Bourdain’s favourite dishes, Cacio e Pepe. Consisting of pasta, butter, black pepper and pecorino cheese, Bourdain described it during a Rome episode of “No Reservations” as “one of the most quintessentially Roman of perfect little things.” He also named some experiences he would sacrifice in order to enjoy the meal.

“Definitely Jefferson Airplane at Forrest Hills, that would be first. “Catcher in the Rye,” yeah. Overrated. My third, fifth, seventh and ninth acid trips. My first sexual experience, definitely out the window.”

“Anthony Bourdain was a renegade in the culinary, travel and entertainment worlds, and his experiences led him to amass a truly impressive collection of art – one that represents his eclectic taste, appreciation for discovery and most notably, other cultures,” said The English House Head Chef Gabriel Fratini.

“Oftentimes, art collections like this is rarely accessible to the public, where they can be fully appreciated. The English House is honoured to be able to house his collection and preserve it in a way that lives on to inspire future generations.”

The Bourdain collection will be part of The English House’s permanent art exhibit, which is open only to diners.

Dining Restaurants Anthony Bourdain
You might also like ...
Food & Drink
7 of the world’s most expensive coffees, from Kopi Luwak to Black Ivory
Travel
7 exciting staycation deals in Bangkok for April 2022
Beauty & Grooming
The best reef-safe sunscreen to wear on all your beach trips
Culture
Editor’s Picks: Our idea of a perfect Songkran break
Jethro Kang
Jethro enjoys wine, biking, and climbing, and he's terrible at all three. In between them, he drinks commercial lagers and eats dumplings.
Sign up for our newsletters to have the latest stories delivered straight to your inbox every week.

12 Bangkok restaurants to bookmark for a special occasion

What to eat for dessert this afternoon, based on your zodiac sign